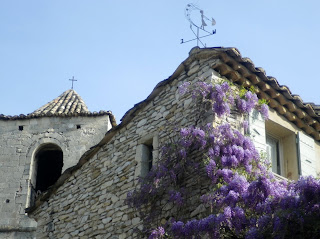 My brain is tired. I would say that it hurts, actually, save for the healing powers of a Friday evening pastis, that magical liquorice flavored liquor. I love to tease my Mom that if she ever tasted it, she would want it hanging around her neck in a sippy cup to ease the heat of Summer. And my Mom is not a drinker. It's that good.
Now, so why oh why am I holding my chin in my hand? I might have mentioned that we are hosting this week. Last night we were nine for dinner and yes, a different set of five for lunch. The allure of Provence in Spring. Most certainly for the Parisians who have huddled under a black streaked skies for far too long. But oh the talking. The rapid fire conversation, in an up North rhythm that is twice as fast in the laid back South has left my poor head reeling from translating, trying to remember who I was speaking to in the formal vous, who had passed to the familiar tu. My goodness, I am an American--we are all just plain 'ol "you". Not to mention the oddities of figuring out how to cooly serve a glass of wine to the fifteen year old that had asked for it with her parents agreement, the herding of visiting dogs amidst our gentle Ben. I love the energy, that jolt of newness though, who wouldn't?
So I hope that you will pardon me if I just put these photos out there without much explanation. Kind of like in a Rick Steeve's guide (will someone please explain to me how on earth this man has become so popular? I find his suggestions for Provence truly mind-boggling). They were all taken in the oh-so-photogenic village of Vaison-La-Romaine. Foodies will have heard of it from Patricia Wells. The countryside is marvellous, the lower, albeit Roman encrusted ruins, less so, but the medieval town squatting on the hill is just...picturesque. And though it is lovely to the extreme, I am not entirely sure that is a good thing. Even I, traveller that I am, had my eye glued to the monitor of my tiny Pentax, as did every single person that I saw. You can't help it. The town is begging, pleading to be photographed. But does it have something else, something deeper? I found myself thinking fondly to the far less organized ruins of Oppede Le Vieux that I wrote about for Valentine's Day. No one had their eyes on the camera there, they were far too worried about falling off the path and down into the valley. I've written a few times about the trap of the dream in Provence and--just my two cents--it is often what separates but what makes the difference between the picturesque and the beautiful. 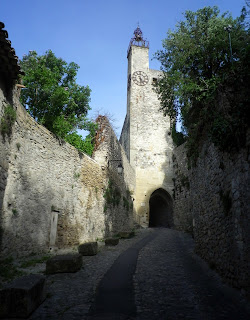 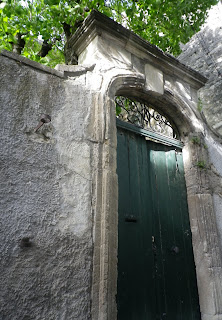 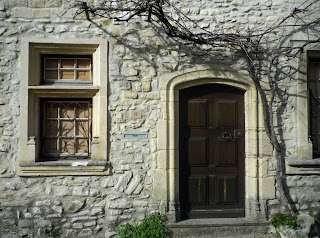 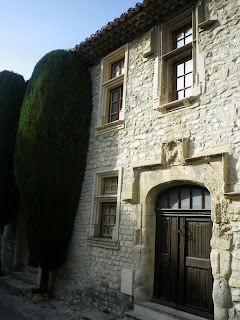 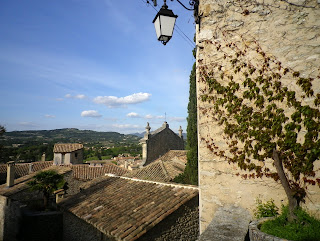 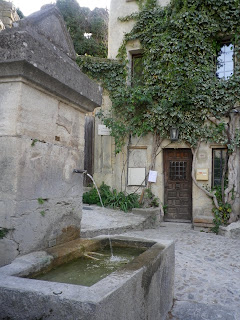 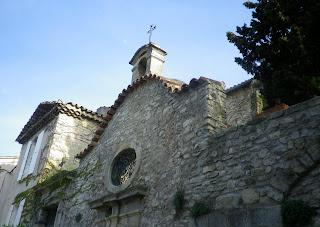 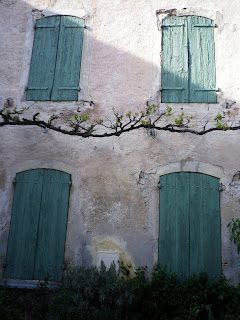 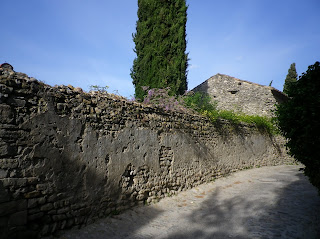 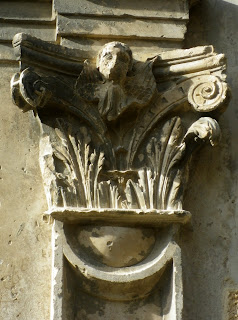