A walk around Arles, Part One 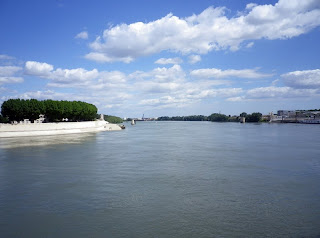 Arles, formerly Arelate in Roman times, my current home town. The old stones glowing under a féerique light. The brusk haughtiness of red-eyed Gypsies in the streets. Girls with hair dyed too black, clothes too tight. Muscle men in faded Souleiado shirts pounding through the Camargue on horseback, chasing wild bulls. The flock of the world to discover, uncover the Rencontres International Photography Festival. Being blasted by rapid-fire gastronomical feats at L'Atelier de Rabanel, our Michelin two-star. Dancing under the rain during the Féria, the twice-annual bullfights or in the Amphitheatre to Massive Attack. Sitting at Mon Bar on the Place du Forum at sunset with 2€ glasses of rosé, trying to be patient as the heat simmers down. A passing car screaming local boys done good, The Gypsy Kings. The ringing bells of Saint-Trophime calling the faithful on a Sunday morning. Tai-chi stepping through the throngs of Provence's largest outdoor market. Closing the shutters, then opening them for a new day. 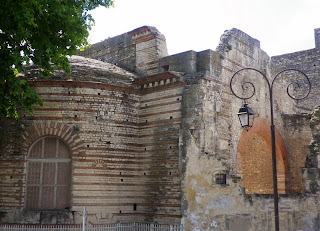 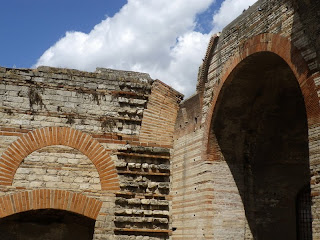 All of this is Arles, if just a tiny slice of the pie. But if anything, the Arles of my everyday is best experienced while walking with Ben, our Golden Retriever. Certainly on the Rhône, which makes its last sweeping curve towards the sea just yards outside my front door (and which I am so attached to that it calms the voice in my head that beckons me towards the chic St. Rémy). Strolling with my friend Frederique and her yippy-sweet mutt Galinette. Or alone, or with my companion, Remi, in all seasons. And since it has been far too long since I have written about my town, I thought that I would take you with us, especially as the day was as lovely as they come with a slight breeze puffing around mushy white clouds. So this is what I saw on one typical day but I will divide it up into two parts, to start, to leave a bit of room for the future.
Before we hop up the stone steps on the quay to breathe in the river, we pass the Thermes de Constantin. Built in the 4th century AD by the Emperor Constantin, the thermes or baths, were only uncovered in the 19th century and were a part of his palais or palace. Didier, the wood-carver on the corner, remembers playing in it as a child when it was still largely abandoned. Archeologists have come to realize that the structure stretches out across the neighborhood and originally included not only hot and cold baths, but a library and community meeting rooms. Personally, I prefer the architecture of the Musée Reattu that lines the quay. Formerly a Grand Priory of the Knights of Malta, the 15th century structure was saved by the painter Jacques Réattu after the French Revolution when such monuments were sold off to the public. It is currently home to an avant-garde collection of sound based art as well as a series of fifty-seven drawings that Picasso gave to the museum in gratitude for the wonderful moments that he had spent in Arles.  Gargoyles stand guard over the treasures. 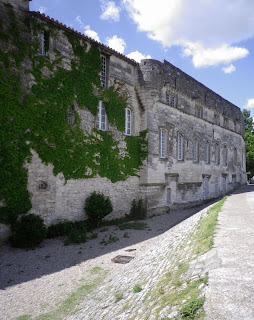 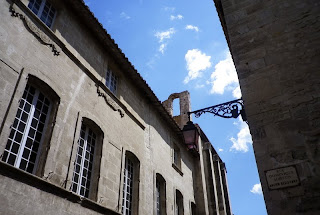 I love this random arch on its roof and wonder if it previously held a bell for the priory. The street below offers the perfect balance of light, shade and protection from the Mistral winds. More importantly, it is also piétonne, or closed off to cars for most of the day. Ben knows this and usually kicks into one of his rabbit hops of delight just beyond the red light. Safe to run as he pleases. There are petitions that circulate every so often to close off the entire historic center of town, what a miracle that would be if it ever becomes law. Winding away from the museum, we pass the gates of the Hôtel Montblanc. Remi and I wishfully tried to imagine squeezing into a small apartment that is for sale in one wing of this Renaissance monster with its courtyard stuffed with sagging orange trees. Alas, not possible but I really need to post photos of the front hall if I haven't already. 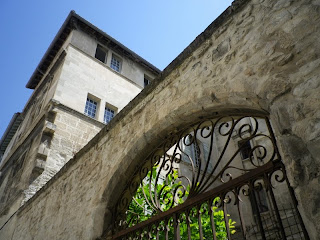 All roads lead to the Place du Forum. Two stately columns are all that remains of what was previously the entry to a sprawling complex that was the heart of Roman Arles. They are firmly entrenched in the walls of the extravagant Grand Hotel Nord-Pinus, famed for having welcomed the likes of everyone from Henry James to Stendhal to Yves Montand and Jean Cocteau. The fabulously sexy photograph of Charlotte Rampling sitting naked on a dining table was taken by Helmut Newton here as well, which says not a little about Arles itself. Speaking of celebrities, yes, there is also the Café Van Gogh, once represented by a certain Vincent in the painting Le café, la nuit. Charming as that might be, as I have voiced before, no, no, no. Don't be tempted by the shade of the plane trees nor the wily smiles of beckoning hostesses. Do not eat here. Or anywhere on the Place save for the new Chez Caro. Otherwise, a pastis, a glass of wine, ice cream if you must. Ben and I will keep walking. 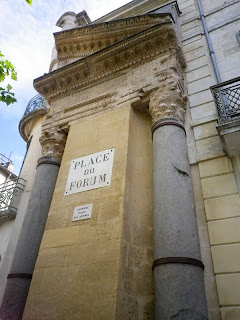 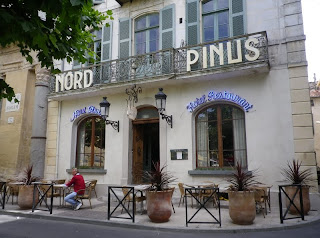 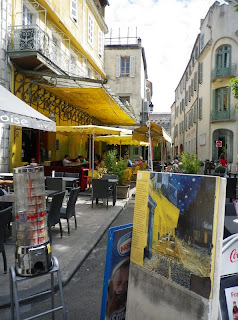 I often turn up the Rue des Arènes as it is is lined by some of the finest hôtel particuliers in Arles. What  examples of grandeur remain in this fine city and I can only imagine what lies behind such finely carved doors. Exceptional details are everywhere. Best to walk slowly enough to take them all in. 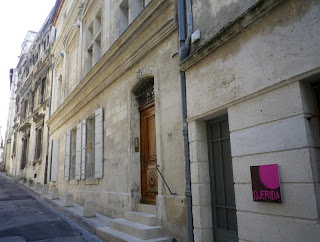 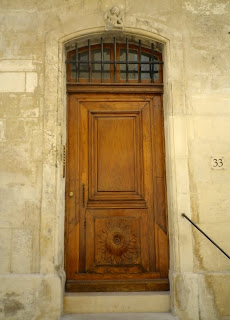 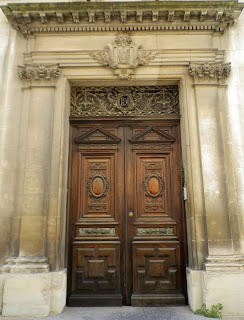 The street eventually narrows into a cobblestone alley that squeezes you out with a pasty-chef style plop, où? Where? At the Arena, of course! It is something to behold, isn't it? I'll leave you here to explore, picking you up soon, I promise, to tell you all about it and then continue our walk... 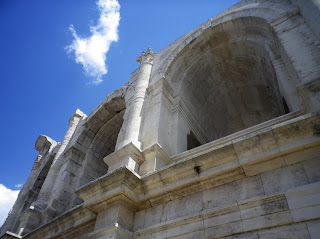