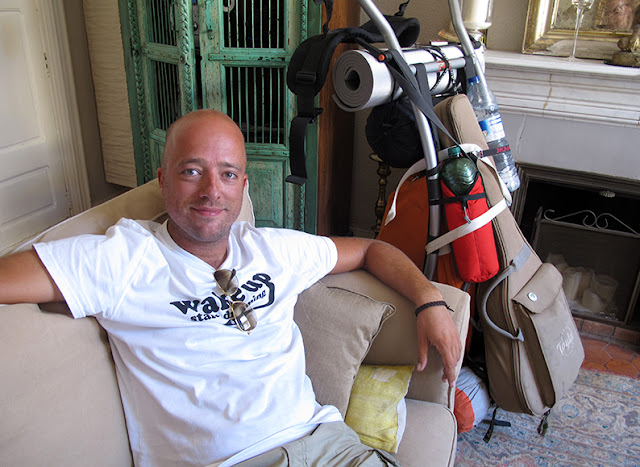 A week ago, I received an email that caught my attention. "Peace-walker passing through Arles" was the title. "Oh, really?" I thought with a sardonic arch of the eyebrow. But as I continued reading, I was immediately intrigued. It had been sent by Wijnand Boon (pronounced Vine-andt) and after explaining that he had come across my blog while googling Arles, here is how he introduced his mission:

"I have started walking from the Netherlands in September 2010 and I just got back in France after having crossed Portugal and Spain. I am on my way to Cairo in Egypt for a peace organization called MasterPeace (www.masterpeace.org). I find my places to stay along my way through the internet, the mission being to show how the internet can bring people together and that help can be found everywhere. A simple, positive message and I try to share my experiences with as many people as possible."

Wijnand's message was extremely articulate and included links to articles that had been written about his journey as well as to the social media accounts that he uses both to document his experience and solicit aid. He was simply asking if Remi and I would be willing to host him for Friday night, when he estimated that he would be in Arles. After a verification of all of the info (once a journalist, always a journalist) we quickly agreed. And I am so glad that we did.

He arrived in the early evening and after hauling up the fantastically designed cart that holds his belongings, we settled in for a long apéro during which we learned more about him and his fascinating project. He explained that it was initially inspired after a speech by the Dutch Queen Beatrix in which she claimed that the internet was pulling people further apart, that the essence of virtual connections are a detriment to society. Wijnand was determined not only to prove her wrong but decided to go on a pilgrimage using social media to do so. Via Twitter and Facebook, he has reached out to strangers along his route. So far, he has stayed with around 250 families (from sleeping on a mat in a crowded studio to ocean-view mansions) with nary a bad experience in the lot.

A lot of that has to do with Wijnand, of course. He is incredibly charming and well-spoken on so many subjects that at one point I turned to him and asked "is there anything that doesn't interest you?" He is aware that people might be shy or nervous about letting a stranger into their homes and has that magical quality of immediately putting someone at ease. It was a delight listening to his rapid fire political and economic discussions with Remi that took place until long into the night and watching him capture the essence of the Saturday market the next morning. He is never intrusive and was respectful of our schedules and space. As he was recovering from an injury, we were in ready agreement that he stay with us for an extra night, for in truth, while we were providing a roof and dinner, he was giving us just as much if not more in return, including performing a few songs on his guitar. 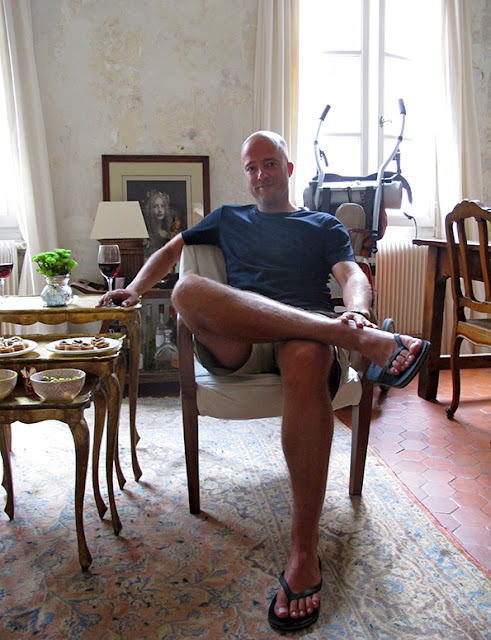 I have written quite effusively on this blog about the positive and real impact I feel from the contacts that I have made here and Wijnand is literally walking proof of that. It is just that he is taking it to a global level. He is an incredibly inspiring person that embodies the idea that we can make our dreams into reality and even if we don't know what the future holds, we just need to keep going, one step at a time...

Friends, Wijnand is heading East towards Salon-de-Provence on his way towards Rome and then Jerusalem before his swing towards Cairo in time for MasterPeace's International Day of Peace in September 2014. An approximate list of the cities that he will be travelling to can be found here. Would any of you be willing to host him on his journey or do you know anyone that might? And if that doesn't interest you (and he does not put pressure on folks), would you be willing to mention this on either Twitter or Facebook? You can find his links below and his email is twalkwithme@gmail.com. 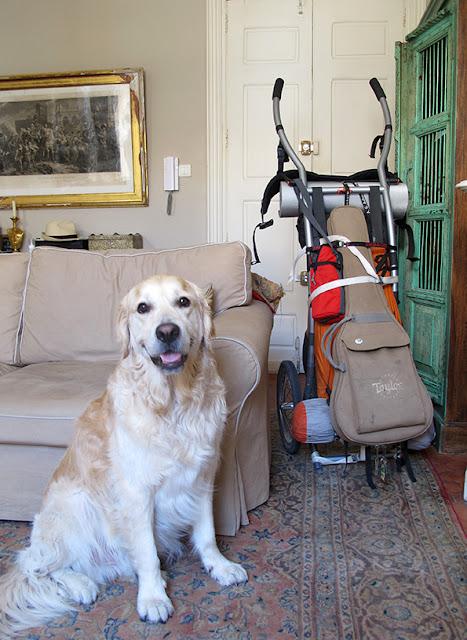 Help me share my story and complete my mission:

One day of walking costs about five euro's, but you already make my day with a cup of coffee a month. You can support my mission by donating to 3156.17.918. I thank you for your support!


Bonne Route, Wijnand. Here is one for the road...With all our best from Heather, Remi and Ben...