The good, the bad and...vegetable bacon 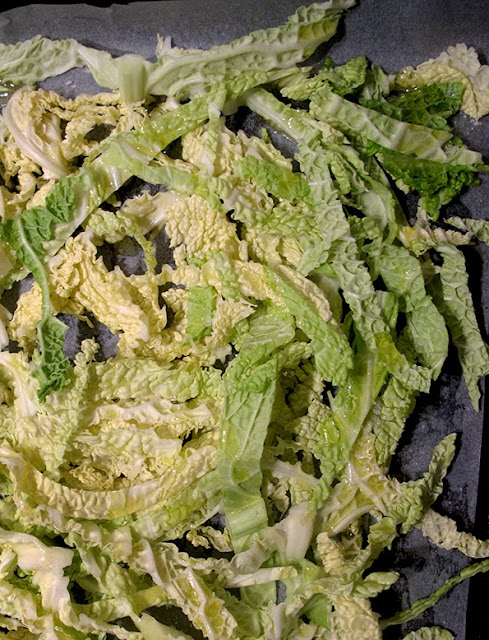 I blame Elizabeth Minchilli, I do. Now, some of you might know who she is - yee of good taste! - a woman who wears many hats well but is principally a truly fine author and blogger. While she has written six design-oriented books (including two with her husband, the Italian architect Domenico Minchilli, for those hoping to restore their own little bijou under the Tuscan sun), her blog focuses largely on the food and drinks that occupy her daily life in Rome and Umbria. And can I get a little "Hallelujah" about that? For, along with Deb Perelman at Smitten Kitchen, she gives me ideas that I actually use and not just dream about wistfully.

But back to the blaming. Now, Elizabeth is a fellow redhead so technically finger-pointing of any kind is breaking some sort of cardinal Sisterhood of the Redheadedness rule but I can't help it. You see, a while ago she mentioned the wacky idea of roasting cabbage. Now, it's true, I have been on a severe roasting binge as of late after much smacking the forehead of the "Really? It is that easy?" variety. But come on, cabbage? Eww. Who likes cabbage? It's stinky. But as my favorite veggie guys were selling ones bigger than my head for only one Euro, I thought, "Why not?" 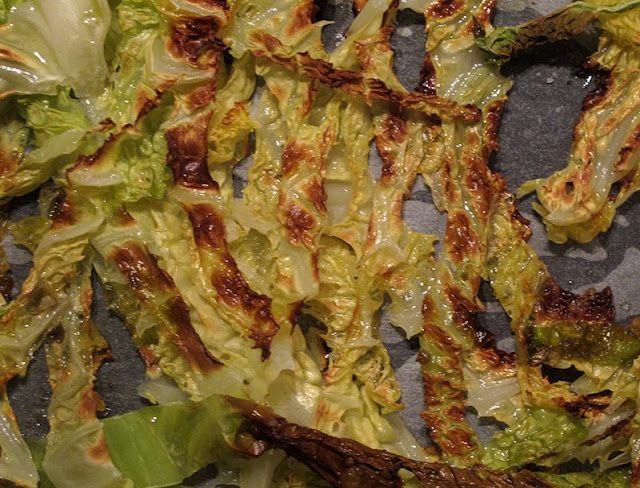 Oh my goodness, it is maddeningly delicious. Truly. So much so that I made up a small test batch, ate it while it was still warm, made another that I threw into vegetable bouillon for one of the richest without being rich soups that I have had in many a moon and yet still had to have it for lunch again today. You see, something that appears to be as innocent and vitamin packed as what you see in the first photo transforms in about fifteen minutes into buttery smoke on a plate...also known as...vegetable bacon. It's official, I am obsessed. 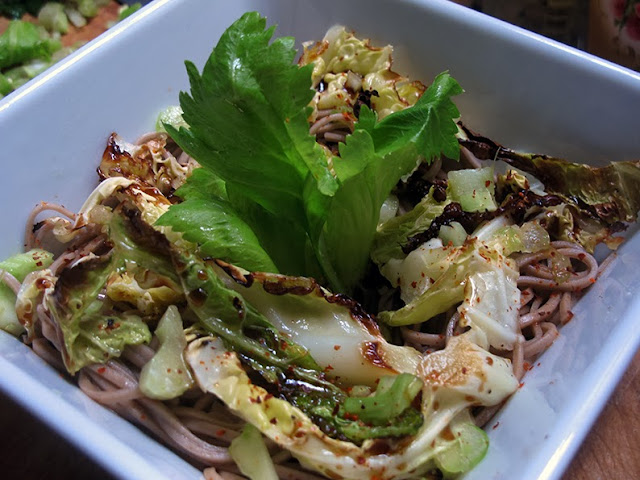 I imagine some of you might be thinking, either politely or grudgingly, "Heather, you just wrote a food post. Can you get back to Provencey please? Don't you understand that Christmas is only two weeks away and that every second is precious?" And I will and I do but I would have felt terrible if I had let another day pass without sharing this discovery. So feel free to use at will, cabbage is flexible and it will also be happy if you do a fusiony thing with soba noodles, a little celery, sprinkled cayenne, soy sauce and sushi vinegar. Or whatever. Just trust me, give the roasting a go, get creative and let me know what you think. 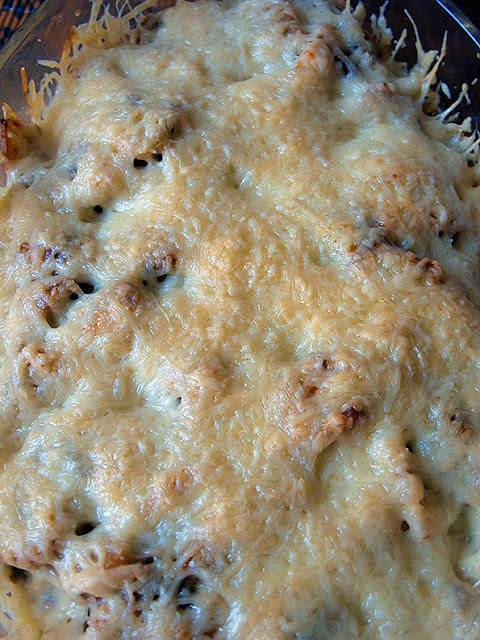 So that was two-thirds of the title which leads me to...the middle part. Uh oh. "The bad." You see that photo of cheese. Guilty as charged. Just as the immortal Becky Sharp proclaims in Vanity Fair, "I'm no angel."

But Elizabeth has also led me to reconsider my expat whining that comes forth on many an occasion: "I miss waaaffles...I miss stuuffing...I miss..." You get my drift. Somehow it truly never occurs to me to just try and make an approximation. I know that it won't really be the same, just as my hilarious friend NK admits at Bread is Pain, so I hesitate. While I won't even try my dearly loved Grits & Bits waffles...stuffing seemed like a doer and when my Sister sent me a photo of a family classic, "Grandma Roxie's casserole" I knew that action needed to be taken. Of course, it turns out that I could easily buy everything needed to make one very fine batch of classic herb stuffing.

I was going to share this recipe with you to be used for Thanksgiving leftovers but wisely assumed it was not needed. However, you might be looking for something of the "just put it all together and get it done" factor right about now, one that has been slightly transformed from its 70s origins:

Make your  homemade version of Stove Top, butter a casserole, line it with the stuffing.
Cover the stuffing with shredded chicken or turkey breast.
Sauté coarsely chopped mushrooms in onion or shallots, when done stir in cream with s&p to taste.
Drizzle additional cream or crème fraiche.
Cover with a mountain of shredded emmenthal cheese.
Bake until the cheese browns.
Drool while it cools then serve. 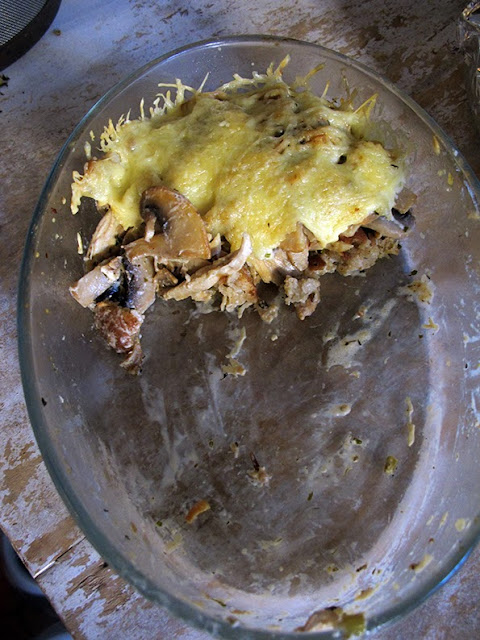 Although she was related, I can't say that Grandma Roxie was my Grandma but I thank her for this casserole...and for not putting crushed potato chips on top of it.

Speaking of food appreciation, I have one more idea to share with you that I loved, this time from Stéphane at My French Heaven. It is, as he claims, "A challenge for the real foodies out there" and involves a taste test of a single food item to awaken the senses and to return to really appreciating its essence.

"The rules:
But there really is more to it than that so please take a look (not to mention discover his lovely photography):http://myfrenchheaven.com/2013/12/10/a-challenge-for-the-real-foodies-out-there/#comments.  I tried it with a piece of unadorned ripe avocado and the results were surprising. Plus, technically, since the cabbage was only roasted with olive oil and coarse salt, that counts and we all know how I feel about the cabbage.

Admittedly, I have had a case of the Mean Reds - as Holly Golightly would say - as of late, in my case, one of the Holiday Blues! So this post is my equivalent of comfort food. I am doing my best to shake myself out of it, including listening to happy music (alas, "I'll be home for Christmas" only induces prolonged sniffling). This is what I had on repeat while writing this post:

With my Best from Arles,
Keep Calm and Carry On,
Heather