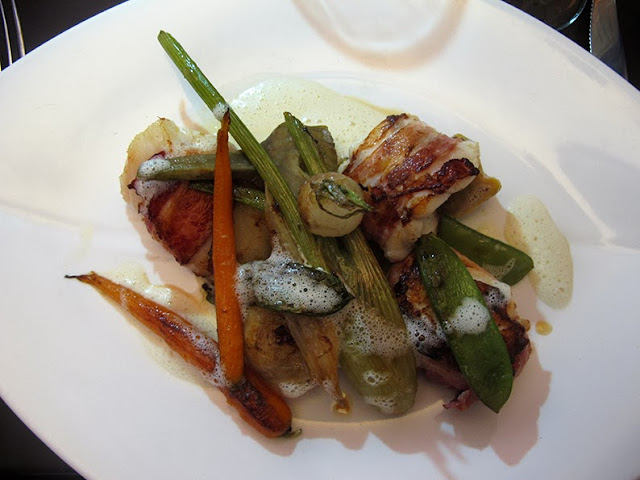 When I finally met Jennifer, who creates Gustia - one of the most under-read and wittiest food blogs on the web - at an expat luncheon last year it was friendship at first sight. We talked for hours until, shivering on the sidewalk in front of the now closed restaurant, we promised to meet again. But Jennifer and her "Hubby" are tireless travelers who split their time between homes in Canada and Monaco, so a year flew by before we were able to get together, on this occasion with each party meeting up roughly half-way in my beloved Aix-en-Provence. 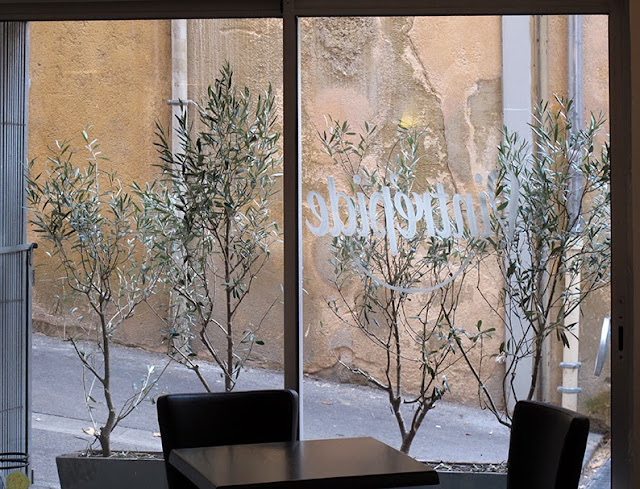 Now, I am no fool. I let Jennifer pick the restaurant, Vintrépide. She is not a Food E - such as yours truly - but rather the real deal, having trained at Le Cordon Bleu for baking in both Ottawa and Paris, the Cordon Vert in the UK plus at the Peninsula Academy in Hong Kong - all of which she puts to good use for her charity Cakes for a Cause.

Amazingly, Remi and I were the first to arrive (ah, yes, just a tiny tendency to be late here, tiny). We were given a cordial welcome and settled in to the sparsely decorated yet light-filled dining room. As soon as I caught a glimpse of the menu, I did a little "yesssss" happy dance. Every. Single. Dish sounded great. Now honestly, how often does that happen? And at decent prices? For such a touristy town as Aix, it sounded too good to be true. 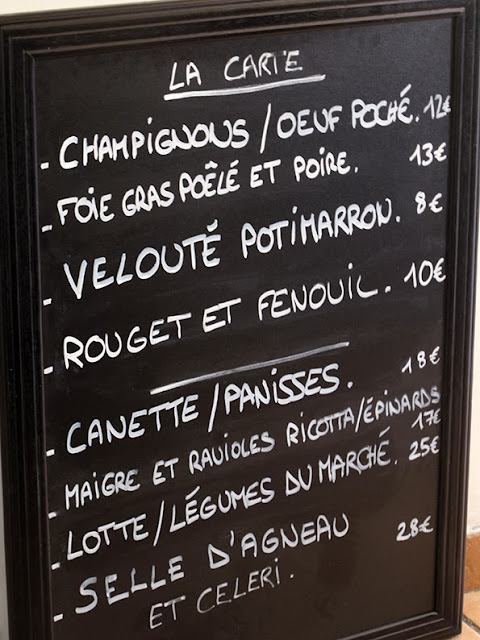 Much hugging (ah, to be lunching with fellow North Americans!) and excited chatter ensued upon our friends arrival. Kirs were consumed and a bottle of big red was opened to air. It was nearly as an afterthought that we hurriedly placed our order so as to get back to the rapid fire conversation. 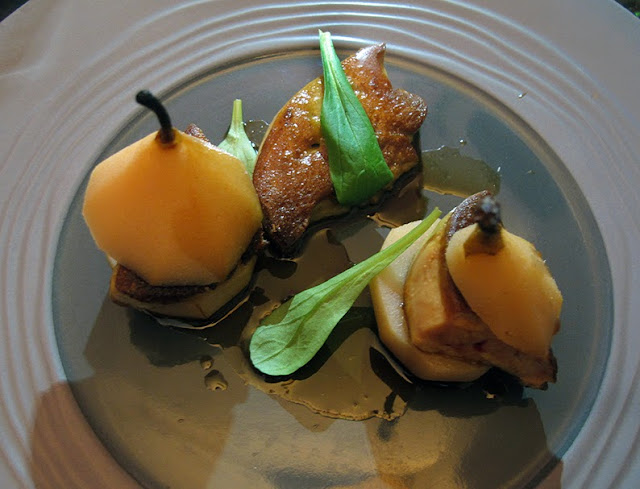 However, the four of us were hushed silent by the arrival of our entrées, so promising were the plates. Remi and I both ordered the foie gras, served lightly sautéed with poached pears. With its silky texture and yet firm bite, we agreed that it was exceptionally good.

Jennifer and her Hubby, both long-standing vegetarians, choose the poached egg floating in a frothy mushroom emulsion and were delighted by the surprise bonus of black truffles shaved on top. Don't you love watching the "melt moment" when a fellow diners face swoons with contentment? I do and they did. 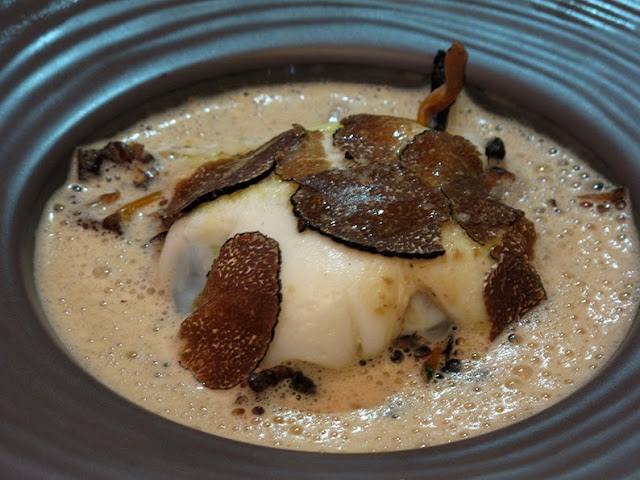 Vintrépide is a new restaurant (barely five months old) and is just a two man operation, with a maître d'hôtel in the "front of house" along with the chef, both of whom work overtime to keep their guests in good humor. They are young and yet have plenty of Michelin-starred experience. I was impressed at how accommodating they were for our veggie-only friends, something that is not always a given in France. While Jenn and her Husband tucked into pillowy ricotta and spinach ravioli topped with baby market vegetables, Remi and I shared two different choices. 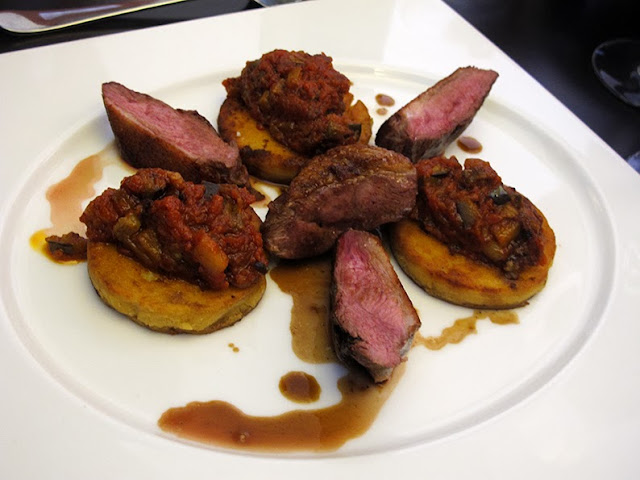 I ordered the lotte, or monk-fish, as soon as I heard that it was wild-caught and not farm-raised (as are all of the fish that they serve, the other ingredients used at Vintrépide are locally sourced). You wouldn't think that would be such a rarity to find this close to the Mediterranean but you would be wrong. The fish itself was positively lush, the preparation simple and yet très goûteux.

Remi chose the cannette, or female duckling, which was accompanied by caponata-topped panisses. Again, the cooking was perfect, very juicy on the inside with just the right amount of pleasingly crackly skin. As with the foie gras, it was a nice example of sucré-salé, or salty-sweet, played with a light hand. 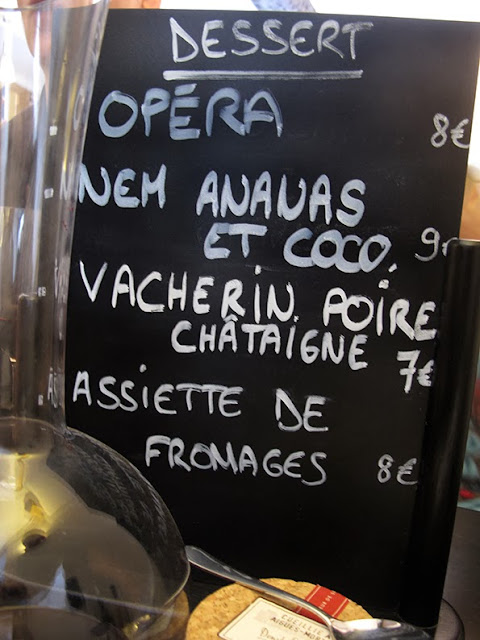 Because we are gourmande (to read a charming description on the difference between French 'gourmandise' and Anglophone 'gluttony' please click here), we brave ladies carried on with desserts that received a satisfied nod even from Jennifer. 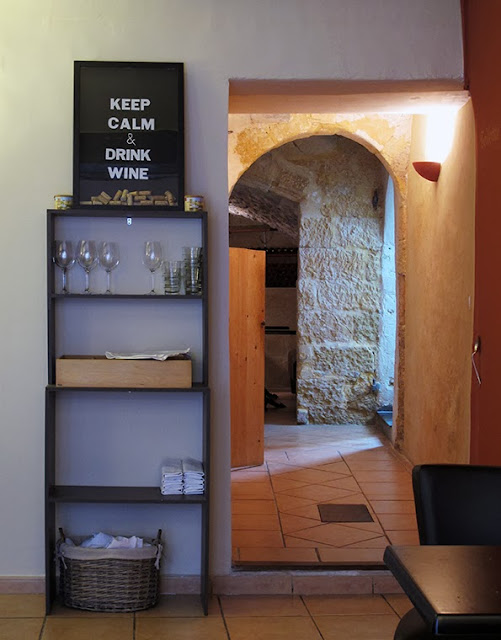 We didn't leave until 4pm! Doesn't that say everything? It was a Saturday, I had popped back to chat with the chef and he assured me that it was fine as he had much to prepare for the evening. So we stayed. And laughed. A lot. It was wonderful. 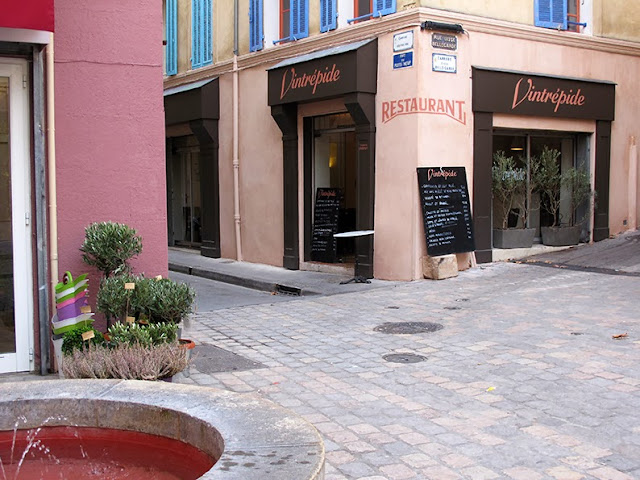 We instantly felt right at home at Vintrépide. And that, along with an amazing rapport qualité-prix (price for the quality) using such uber-fresh ingredients, not to mention a varied but reasonable wine list, is why this is my new favorite restaurant in Aix. As Jennifer suggested, if they are able to keep this up, perhaps they will be garnering a Macaroon of their own in the not too distant future...

PS. I want to also send a very heart-felt "merci" to all of you for your comments on my previous post. They left me so moved as to be uncertain how to respond other than saying, "Thank you."