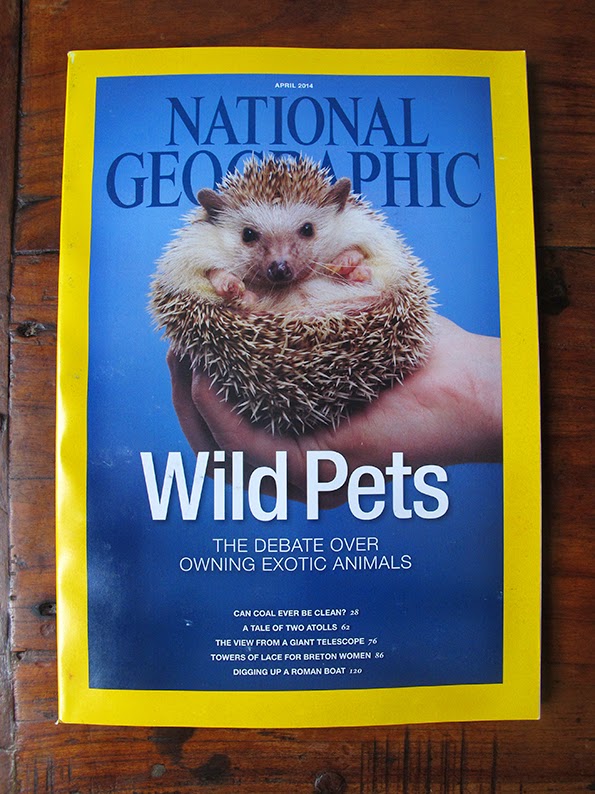 Have you ever had a dream that took a long time to come true? Or maybe you are still on the path?

Today is a very big day, one that has been over three years in the making.

I am so very excited to tell you that my love, Remi Benali, has his first story for National Geographic magazine in the April 2014 issue. Worldwide. 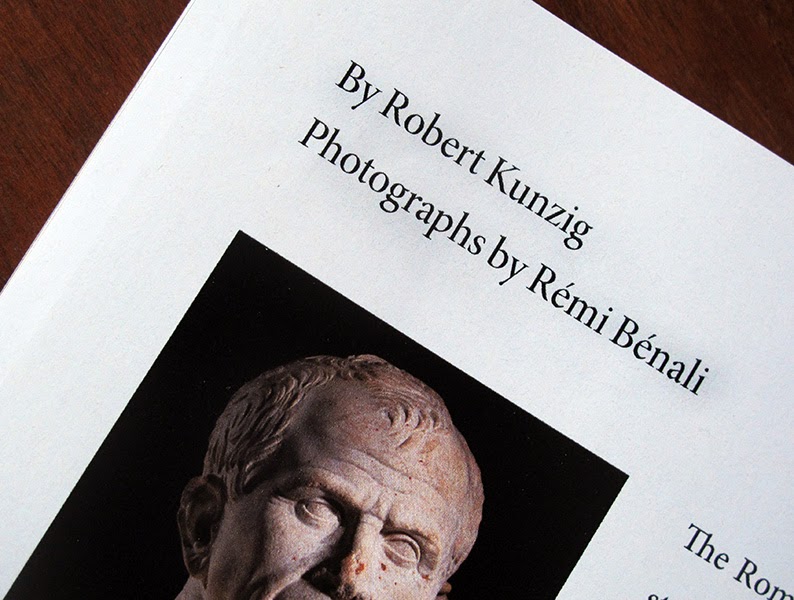 Remi has been a professional photographer for 25 years. He started as a sports photographer with the prestigious Gamma Agency and covered five Olympic Games. He changed paths to start shooting magazine stories and became interested in National Geographic magazine's aesthetic and high-level quality during a three year stint as a foreign correspondent in New York City. Along the way, he was published in many of the world's most prestigious magazines such as Life (his photograph of "Dolly the cloned sheep" was chosen as one of the "100 pictures of the century"), Time, Newsweek, Vanity Fair, the Sunday Times, Le Figaro Magazine, Paris-Match, Stern, Geo, El Mundo and La Repubblica. Often, he would receive the same feedback: "We love your work but tell me, why aren't you working for National Geographic?"

He has voyaged to over 80 countries on five continents and became a specialist in tribes, traditions and UNESCO World Heritage sites. Starting in 1998, several of his stories were presented to the National Geographic Society in Washington D.C. - including his impressive work on "The Marble of the Taj Mahal" - and he had several near misses. But they were misses. It was disheartening.

In 2005, we chose to leave Paris in order to make Arles, a small town in Provence, our home base. At the time, we were working extensively together as a writer-photographer team and were frequently on the road. But then the economic crisis hit in 2008 and the press took an enormous hit. Our travels slowly trickled to a halt. That same year, several incredible finds were made in Arles during archeological digs in the Rhône River. 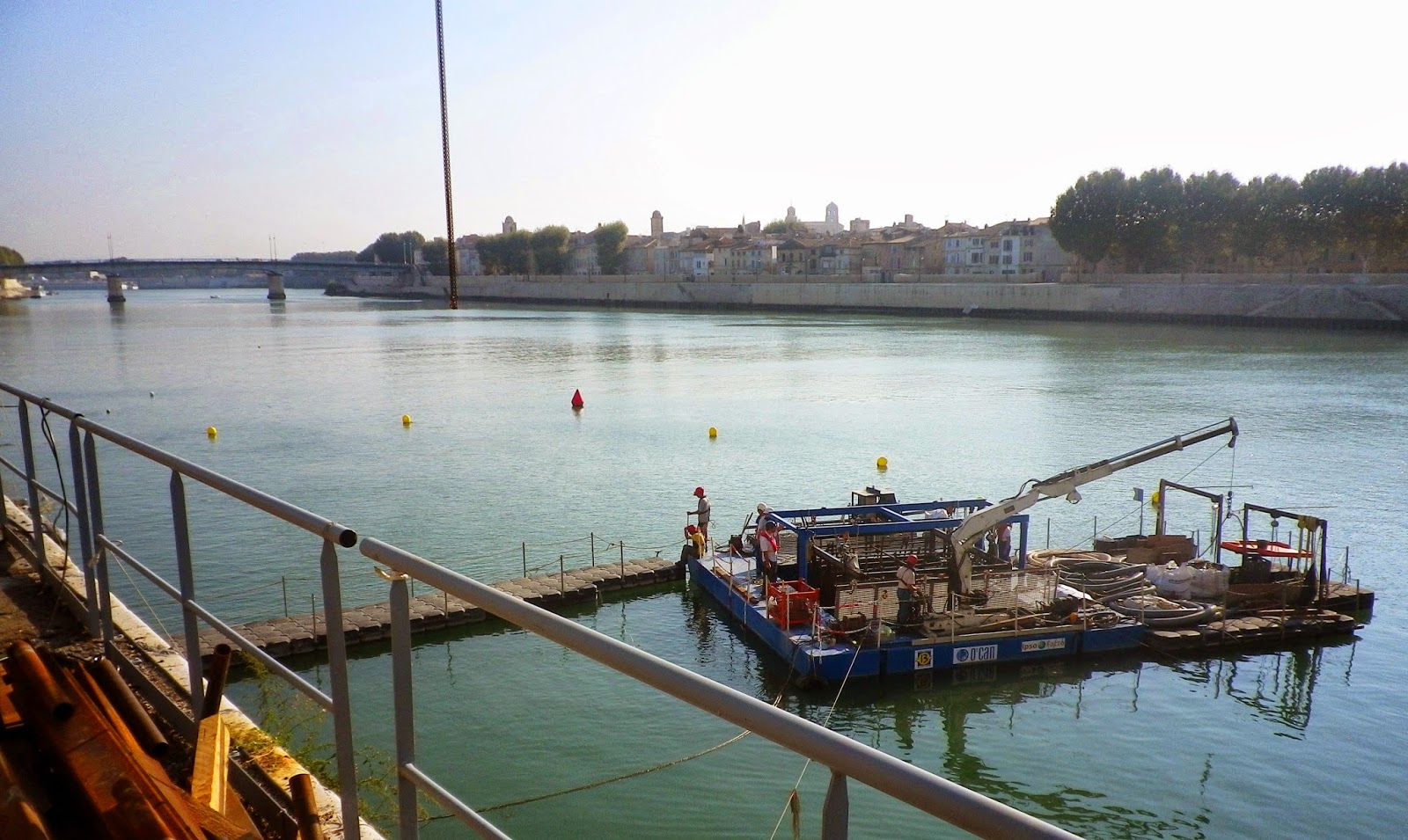 One of the most impressive was the discovery of a 31 meter-long (just over 100 feet) intact boat from the Roman era. It took several years to acquire the financing to bring up such an impressive object. In 2011, the Musée départemental Arles antique was ready to take on the 8 million Euros project with the support of the region's Conseil Général for the launch of Opération Arles-Rhône 3. 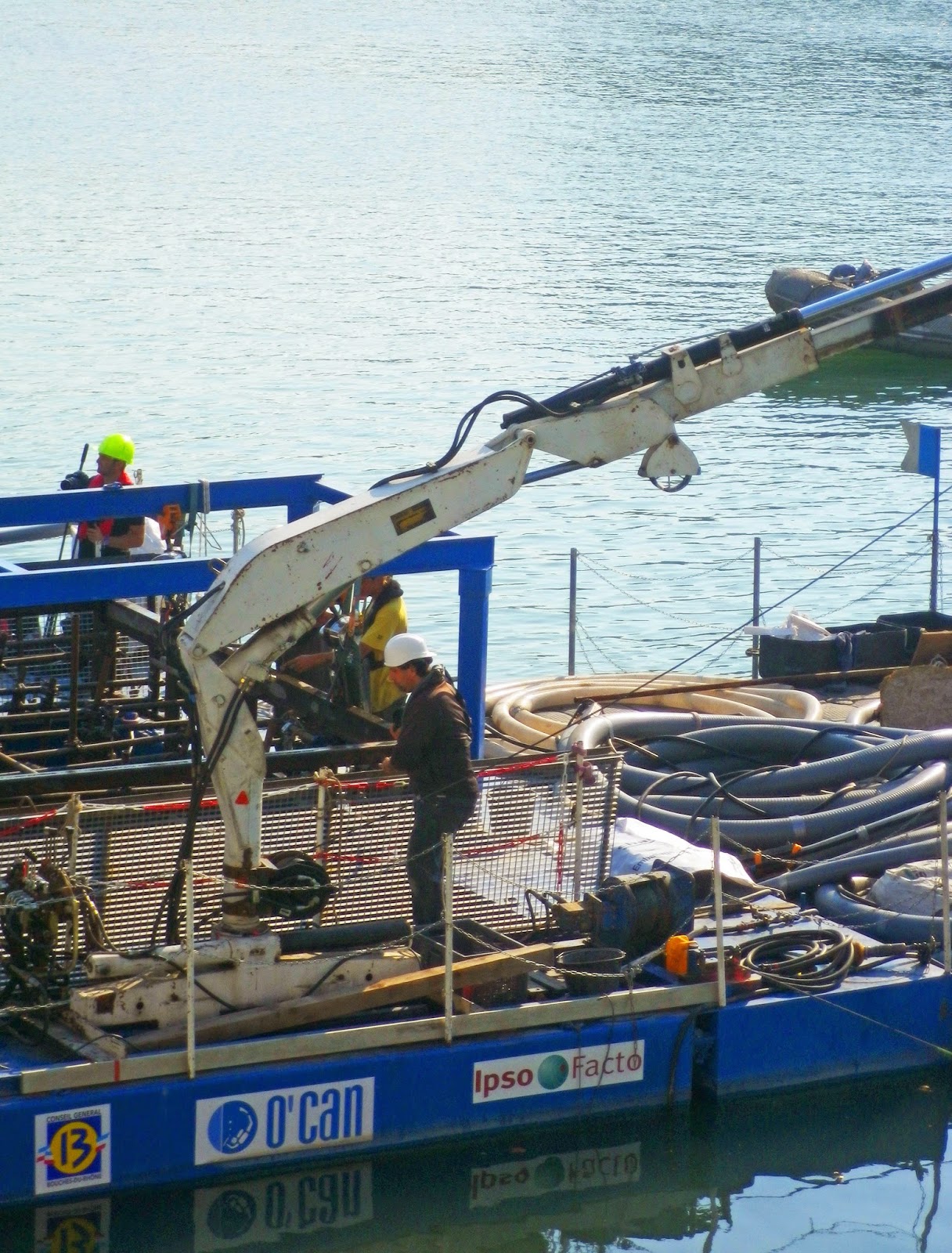 Remi (seen in the white hard hat above), along with two underwater photographers, Lionel Roux and Teddy Seguin, was awarded a government contract to document the entire process. Opportunity was knocking.

After having searched the world over, the story that he had been waiting for was found...in his own backyard. 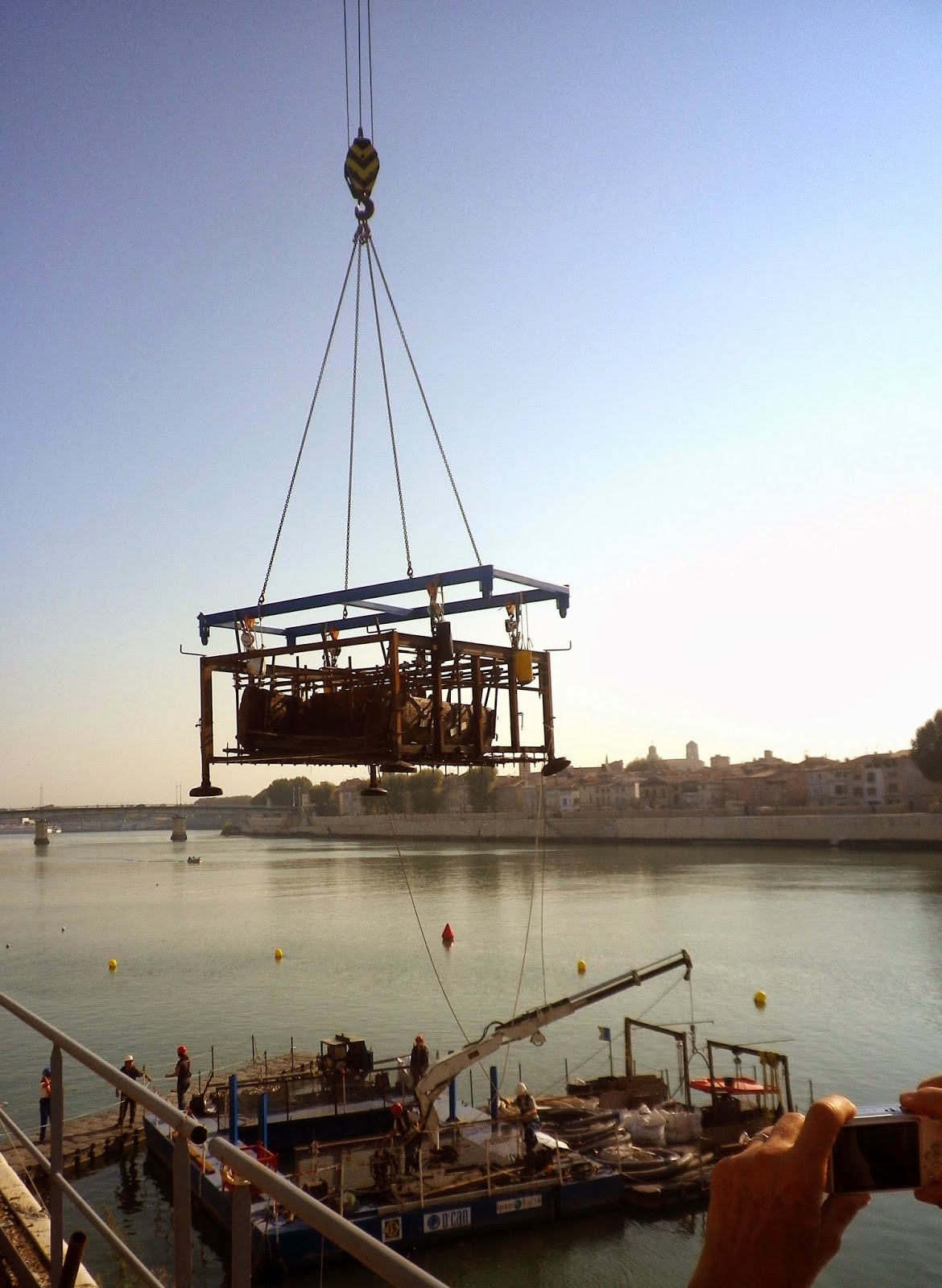 The boat, which was beautifully preserved due to being in a river as opposed to being exposed to harmful amoebas in the sea, was cut into ten sections underwater that were individually lifted up to the surface. Having been present at several of these occasions, I can tell you it was a nail-biting experience each time for all involved. 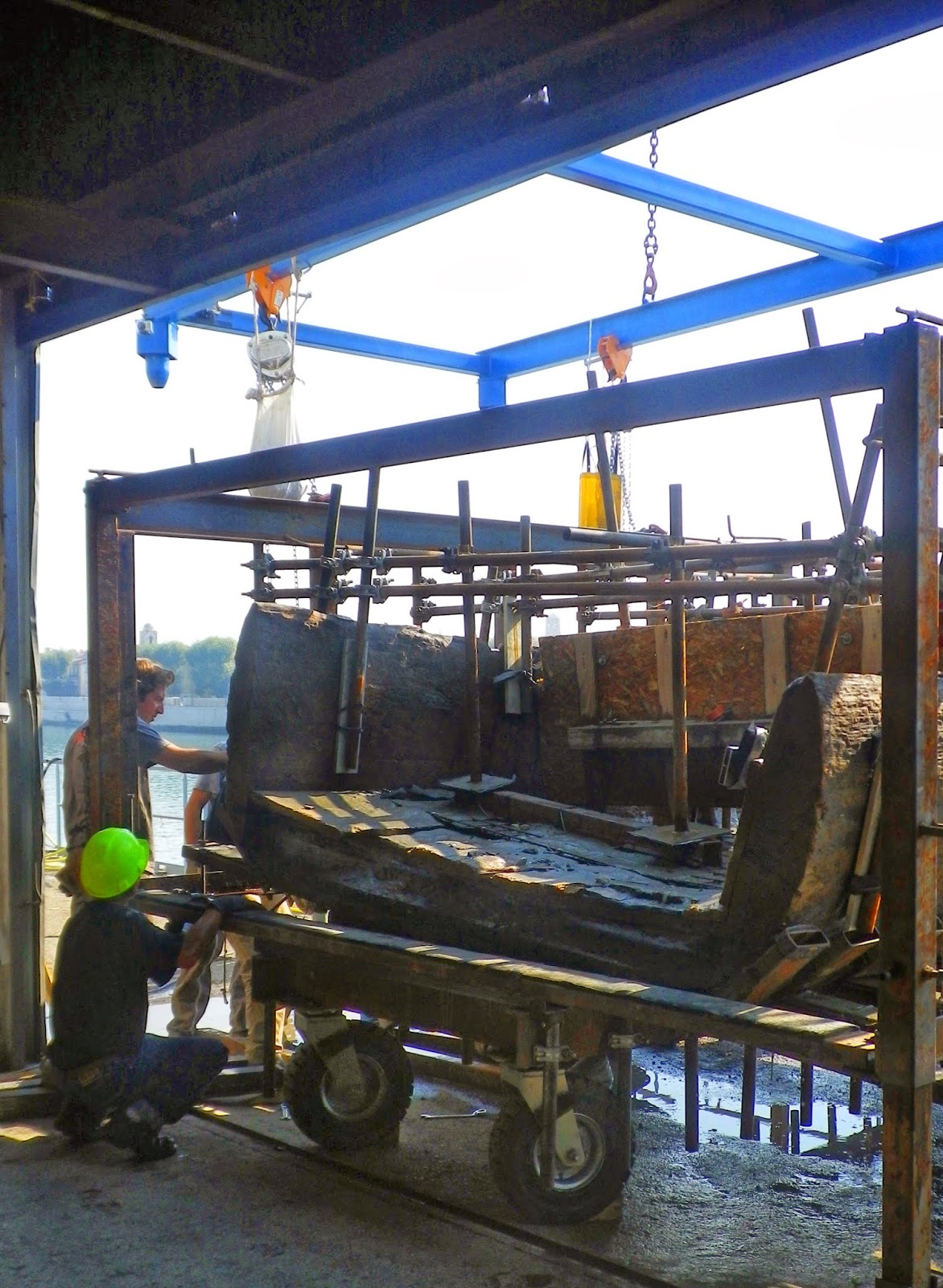 After having been brought up to the light of day, each section then needed to be treated. The renovation process was extensive, included being heated with non-radioactive gamma rays to solidify the structure of the wood. Each original iron nail was removed and replaced. Additionally, the thousands of objects that were found during the archeological dig - from giant statues to minuscule gold rings - were categorized and restored. Remi followed the entire process. 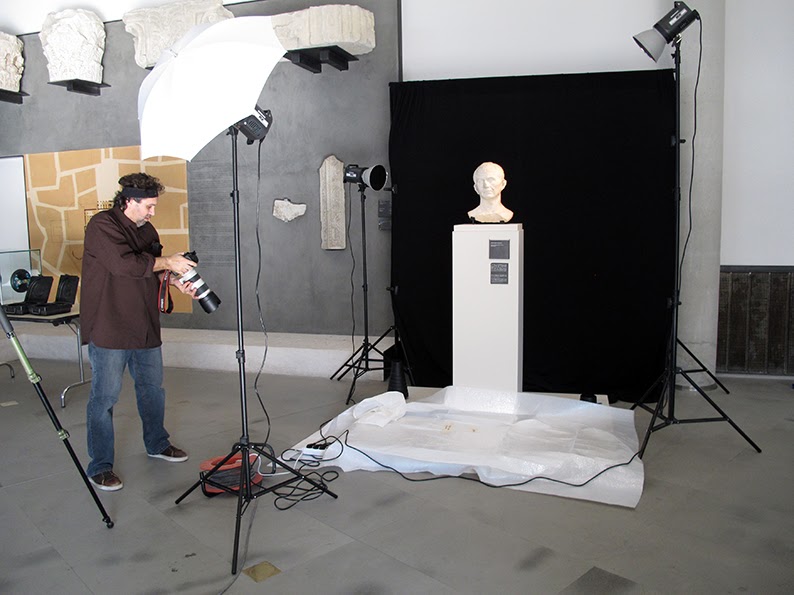 Within his contract was the possibility to photograph one of the museum's masterpieces, which was also discovered in the Rhône in 2007. 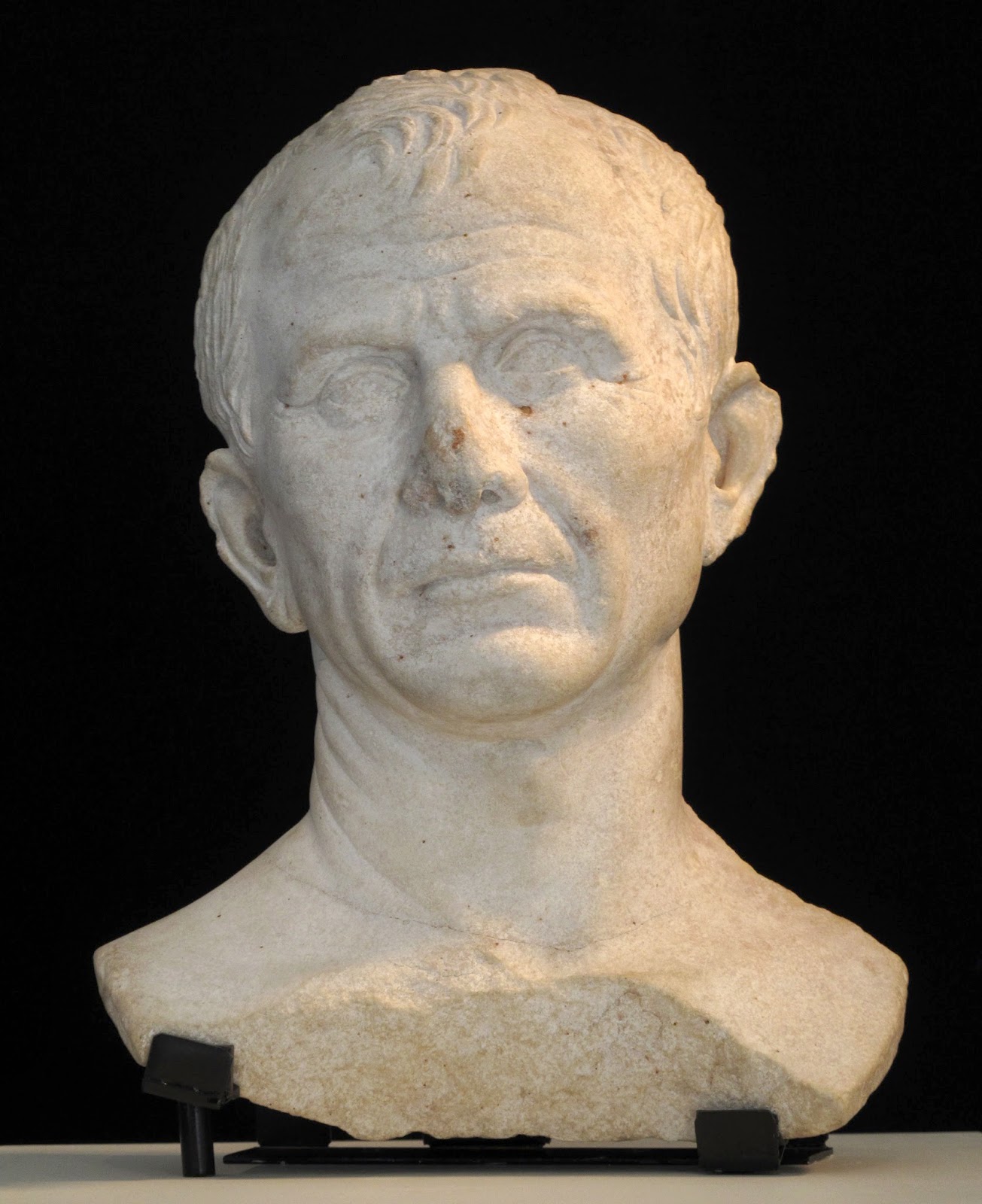 This bust of Julius Caesar is believed to be the only one in existence that was carved during his lifetime. I was able to assist Remi on this photo shoot and it was absolutely thrilling to be literally nose to nose with such a masterpiece of Roman art. 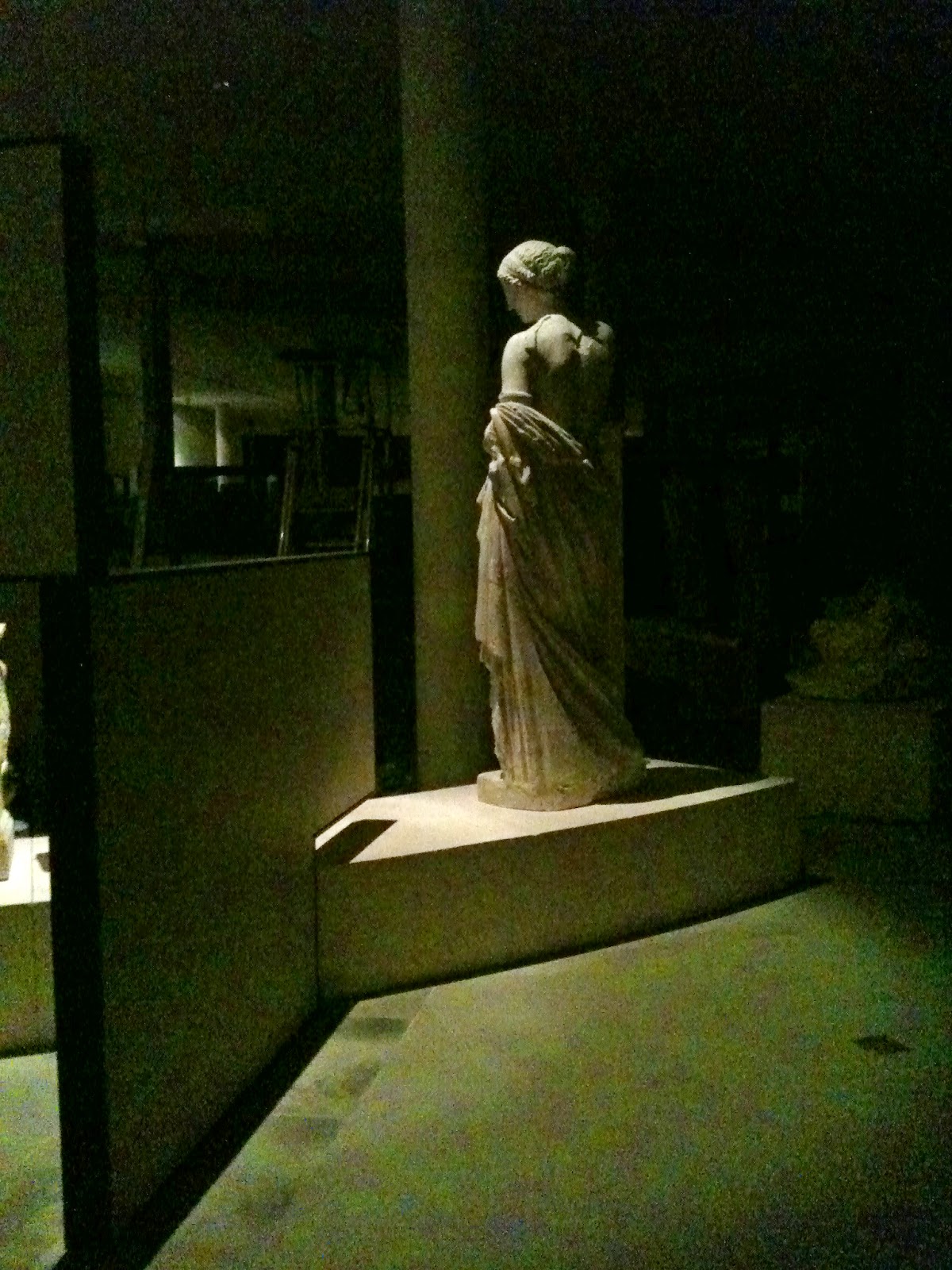 But that was nothing compared to the night at the very, very end of the three year-long process when he photographed the boat, now reassembled in a new wing especially built within the museum, for a panoramic shot that was a great technical challenge. For six and a half hours, we were in near darkness. Alone. I am happy to say that the resulting photograph is the opening gatefold of the article, especially as Remi had conceived the image even before the boat had been lifted out of the water. He made it happen. Wait until you see it...it is stunning. 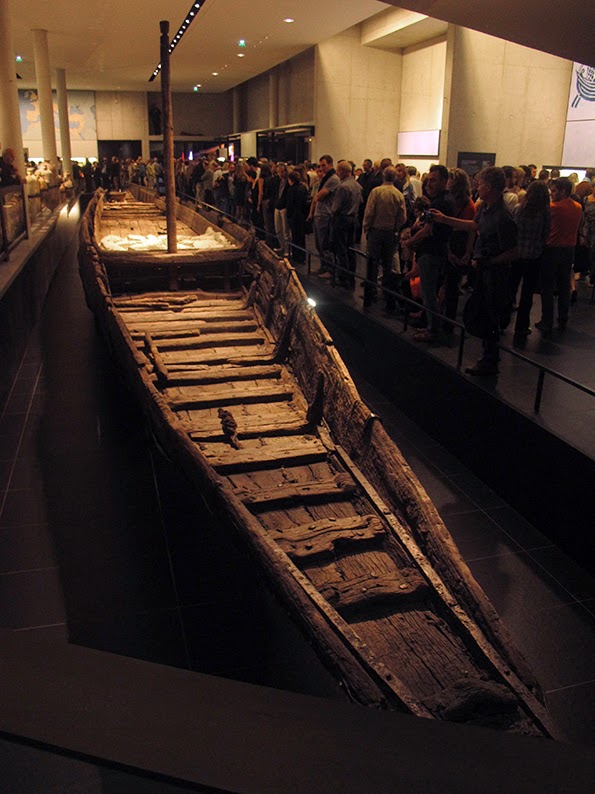 On October 5th, 2013, the Roman boat of Opération Arles-Rhône 3 was presented to the public in an opening ceremony. 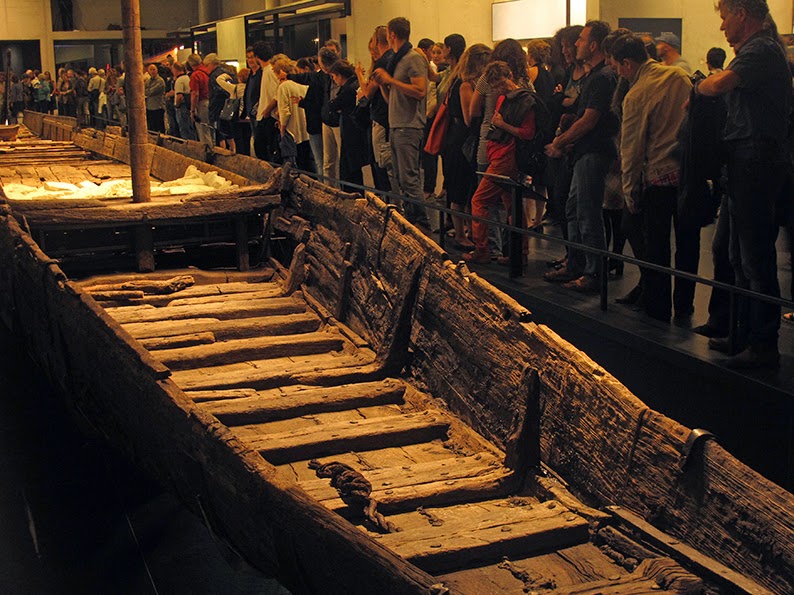 The crowds were impressive... 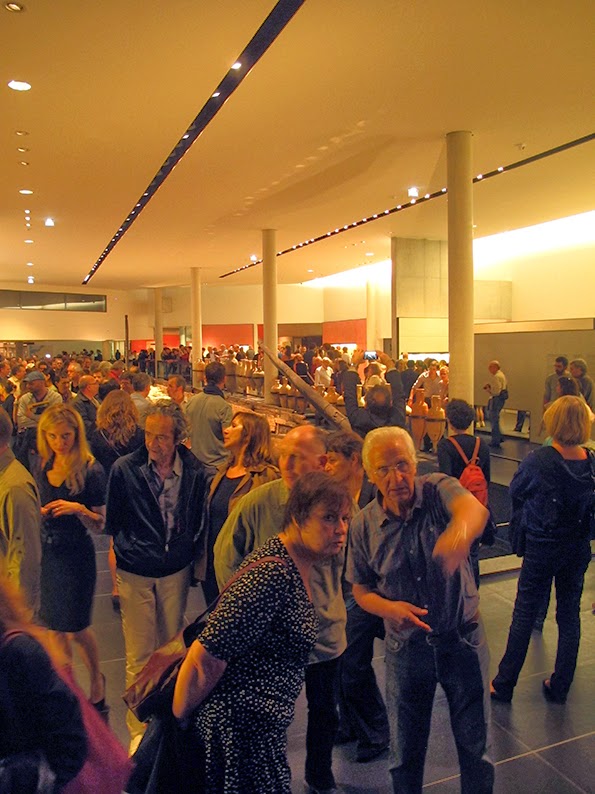 ...everyone wanted to see and understand the boat which had already been labelled a "National Treasure" by the French government.

But where was Remi? Was he swanning about? Resting on his laurels? 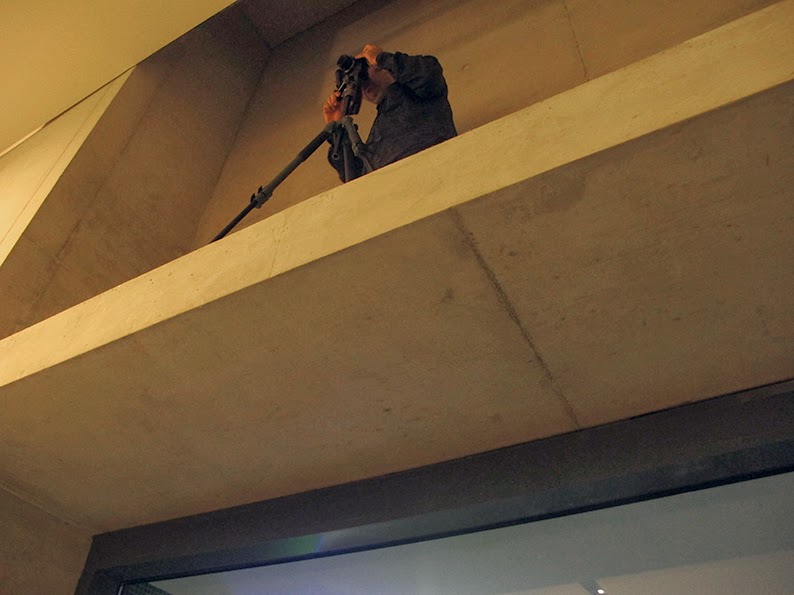 Hardly. He spent the evening secured up on a perch above the crowd to shoot a long exposure photo that was also one of his specially conceived ideas. The masses swirling around the boat were eventually transformed into one blur of a wave that buoyed it back to life! That photo can now be seen on billboards throughout the region as it was used as the poster for the opening exhibition. 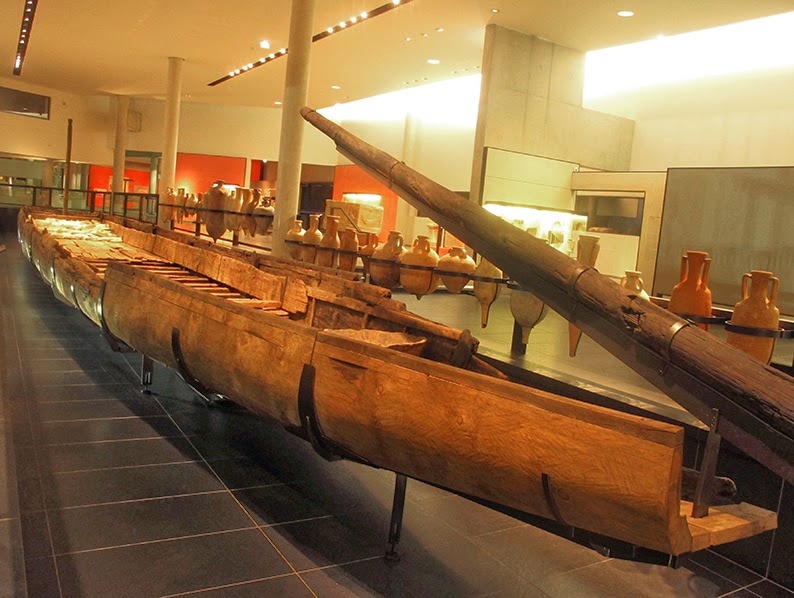 When the crowds left that evening - amidst a great thunderstorm that felt fitting somehow - we both had an awareness that the boat had been delivered to port and that the story was nearing its end. 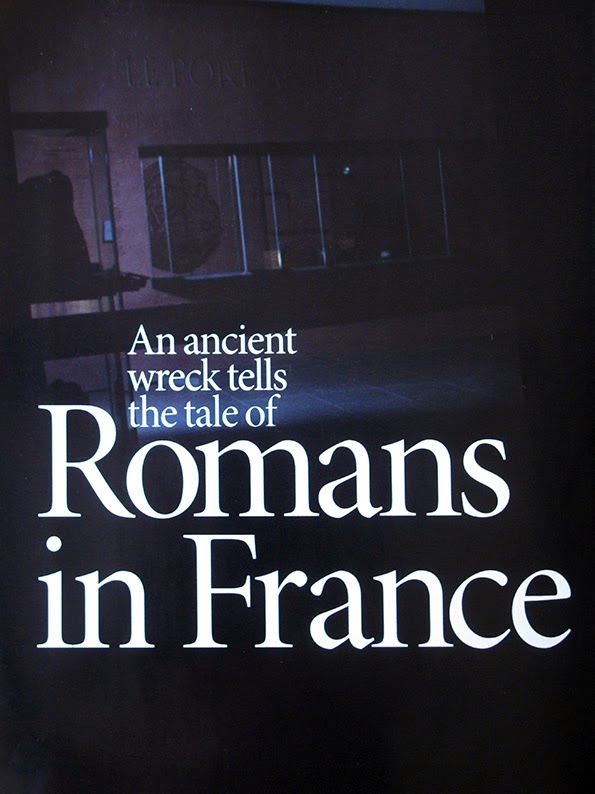 Remi then went through an extensive and incredibly thorough process in conjunction with his editor on the story. Photographs were selected, abandoned, questioned and every last fact was verified. Finally, the layout came together. The first time that I saw the pdf version of it with Remi's name up top, I cried. I think that we both did, actually. 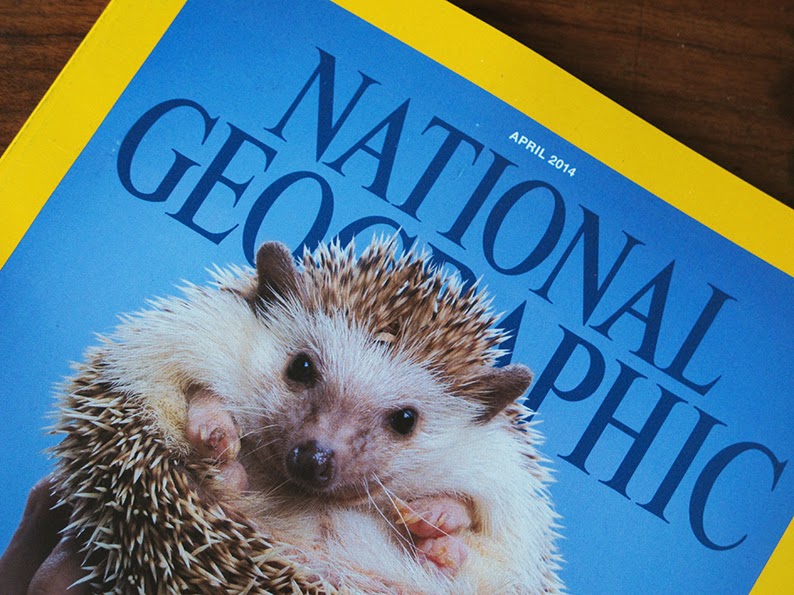 The day before yesterday, we had a Fedex delivery from Washington. The magazine, which has been so gracious throughout, sent us five copies of the April issue. It will be available in 170 countries in English plus in 60 countries in an additional 38 languages.  To hold it in our hands and know that 40 million readers all over the world will soon be seeing it feels slightly unreal.

Through hard work, tenacity, talent and vision, Remi made his dream of working for the National Geographic magazine come true.

Only one song can express how I feel today:

Turn it up and let's pop open the champagne!

Can't wait a moment longer? You can see the story at National Geographic online by clicking here.


But please do go buy the magazine! I am going to be asking for photos of the different international versions from you soon...it should be reaching subscribers from March 20th or so and on newsstands by the end of the month.

For mes lecteurs francophones, the story has already been published in three separate editions of the French version of National Geographic. To see more, please click here.

To discover more of Remi's images for the Arles-Rhône 3 story, click here.

To learn more about his photography, please be so kind as to click below:

As always, all of the photos in this post were taken by me (and some even with my scrappy iphone) - trust me this is not the quality of National Geographic or Remi's work... :)

Thank you for your support and have a wonderful weekend everyone!