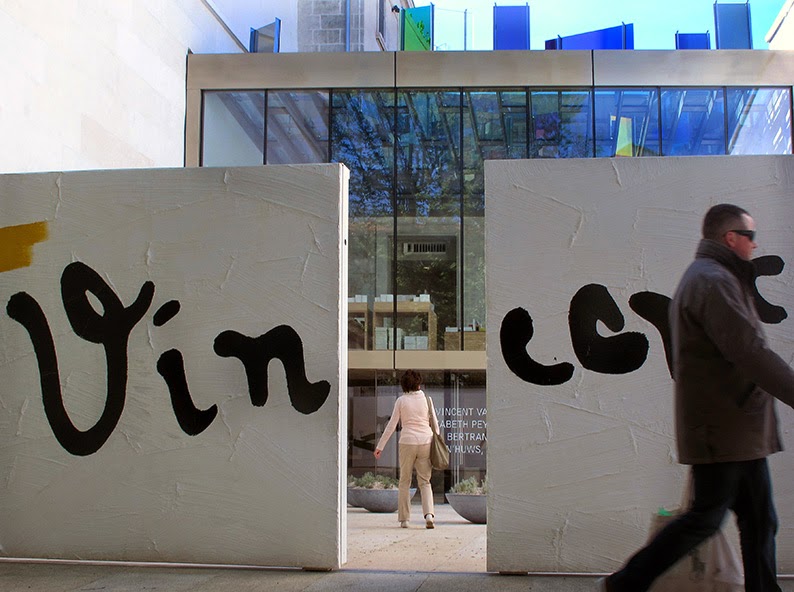 "Ah, those that don't believe in the sun down here are truly blasphemous," wrote Vincent Van Gogh in a letter to his brother Theo. Vincent arrived in Arles on February 20th, 1888 because he believed. He came for the light, hoping that its purity would provide similar dimensions to the Japanese prints that he loved so dearly. He stayed in hopes of creating a community of artists, an "Atelier du Sud" that would set a clear break from the soft glow of the Impressionist artists of the North. While his community failed, his art thrived and he painted over 200 oils and 100 hundred drawings within the fifteen months of his stay. It was to become the creative highpoint of his turbulent, short life and his masterpieces would change the path of modern art indefinitely. 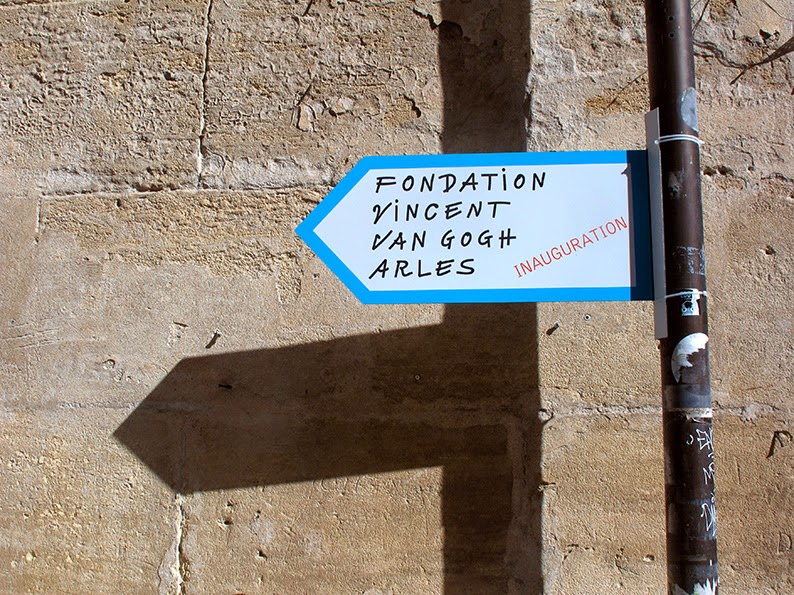 And yet surprisingly, in recent years there has only been one Van Gogh painting in Provence, tucked away in a private collection in Avignon. Visitors from around the world came to find Vincent and left with impressions only. Images written on the air. No more. 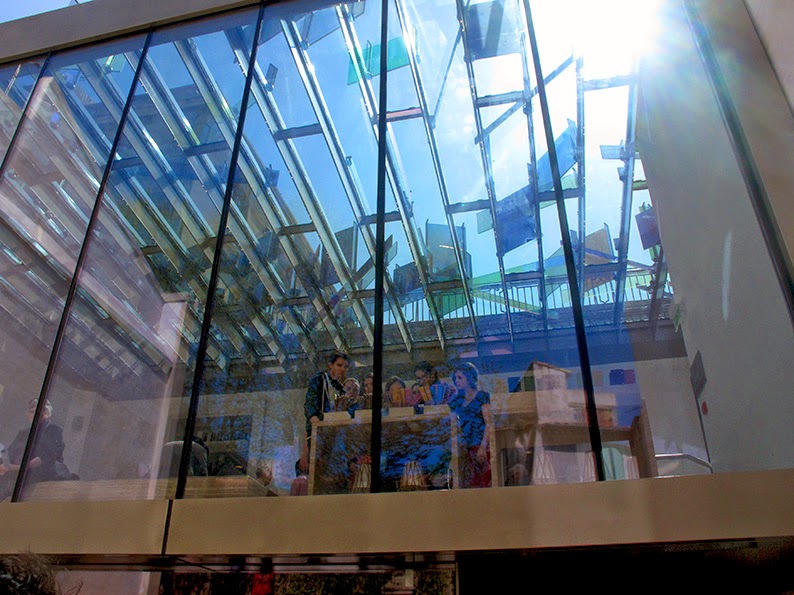 In 2008, a decision was made to take the "Association for the Creation of the Fondation Van Gogh" to the next level. With the generous aid of art patron Luc Hoffman (who is also a founding member of the World Wildlife Fund), the Fondation was formed two years later and Hervé Schiavetti, the mayor of Arles, offered to house it in the 15th century Hôtel Léautaud de Donines. Architects Guillaume Avenard and Hervé Schneider of the architectural agency FLUOR were brought in to handle the delicate renovation of the space to work in conjunction of the strict regulations controlling the protection of Arles under UNESCO World Heritage Site status. They too believed in Vincent's faith in the Provençal light and the resulting Fondation Vincent Van Gogh Arles, which opened it's doors to the public on April 7th, is a true merveille and a fitting expression of the artist's formidable vision. 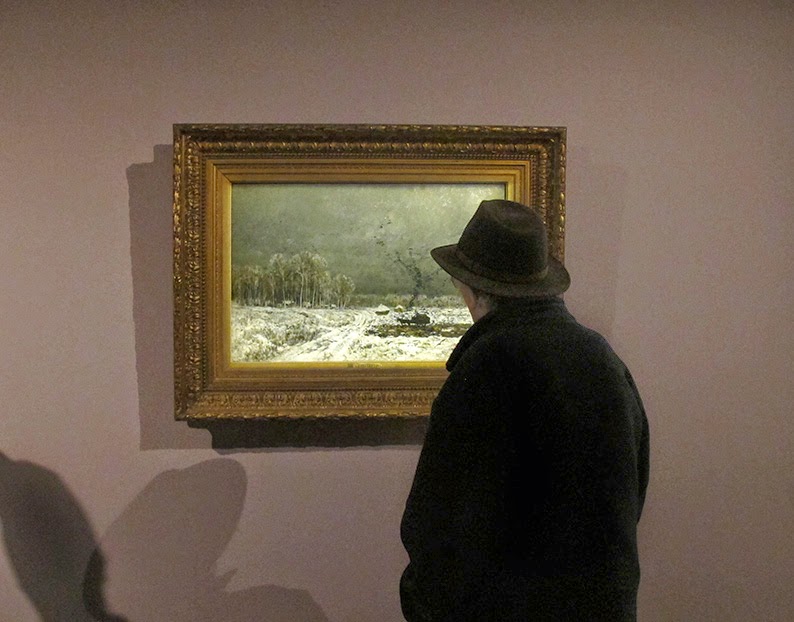 The Fondation's Artistic Director Bice Curiger and curator Sjraar van Heugten have collaborated on "Van Gogh Live!", the opening exhibition, which is split into two parts. The first, "Colors of the North, Colors of the South" features works that trace the evolution of Van Gogh's color palette from his previous time in Paris to his exploration in Provence both by contemporaries that influenced him (there are gorgeous pieces by Courbet and Pissaro amongst others) to the paintings of Van Gogh himself. 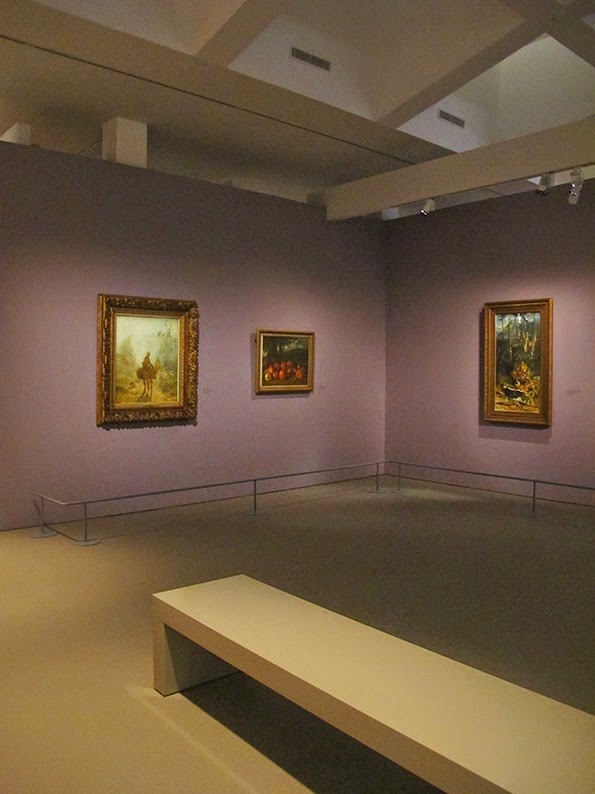 British artist Gary Hume was selected to choose appropriate colors for the exhibition rooms and the spacing of each piece on the walls lets the visitor fall into a separate world... 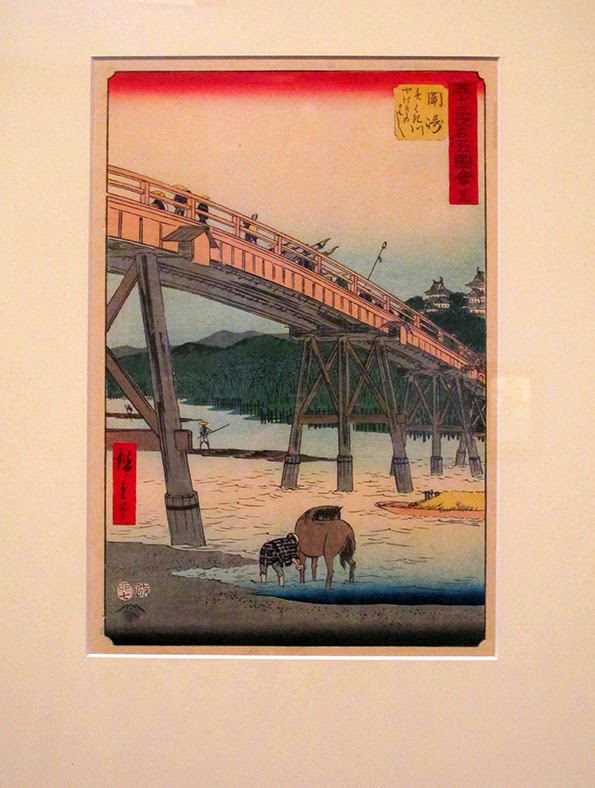 ...One all the better to appreciate such fine monographs as those by Utagawa Hiroshige and to see them how Vincent must have seen them... 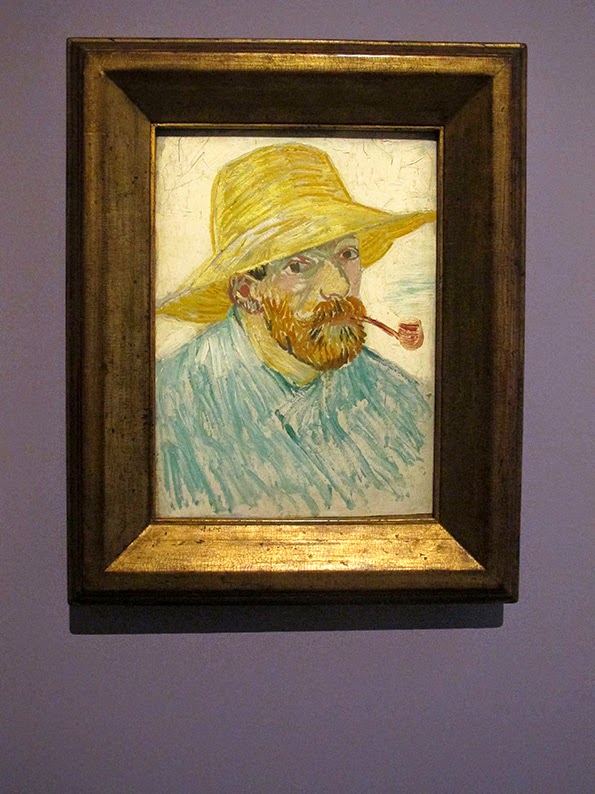 ...And how he then saw himself. 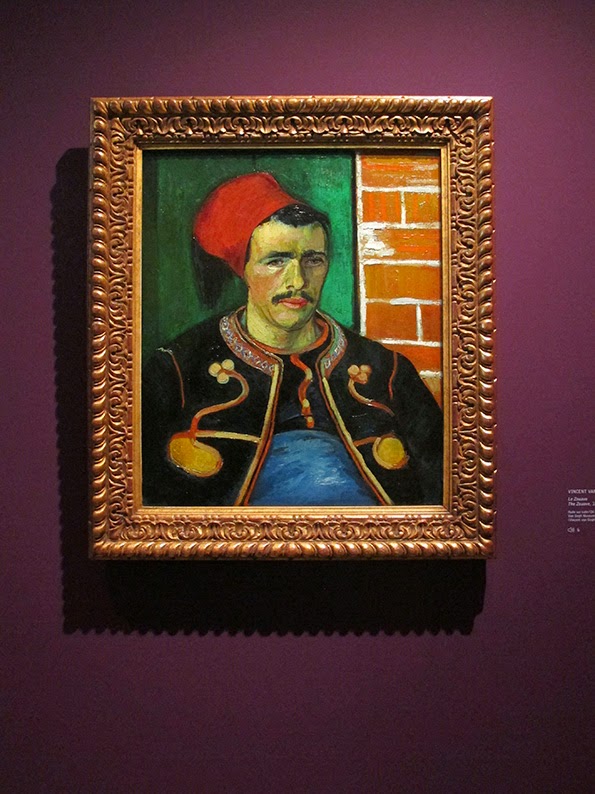 The Van Gogh's present, on loan for the exhibition by the Van Gogh Museum in Amsterdam are breath-taking in their directness and expansiveness. 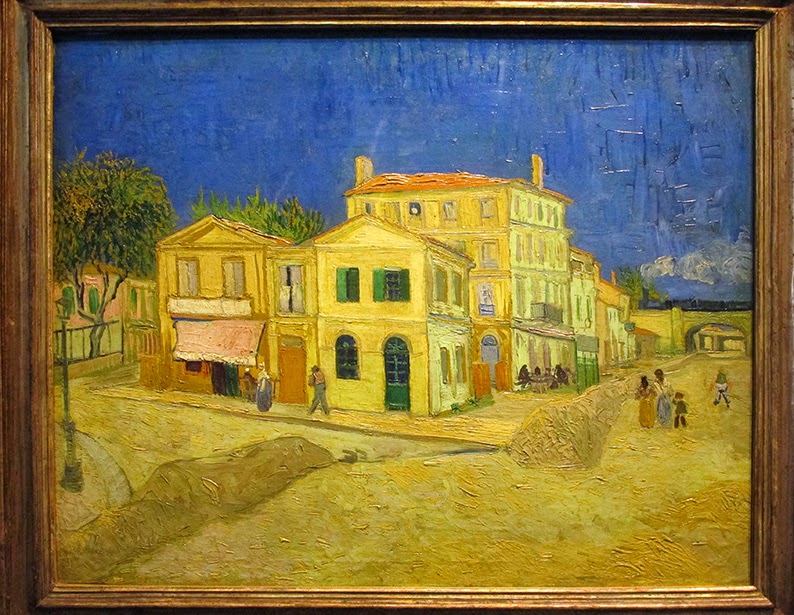 For those of us who live in Arles, they can be quite moving to behold as well. Certainly that was the case for me in seeing "The Yellow House" in person after having looked upon so many facsimiles for so long. The brushwork is fascinating, as is the specificity of the coloration of that house that he built his future upon and which, unfortunately, was bombed during World War II and is no more. 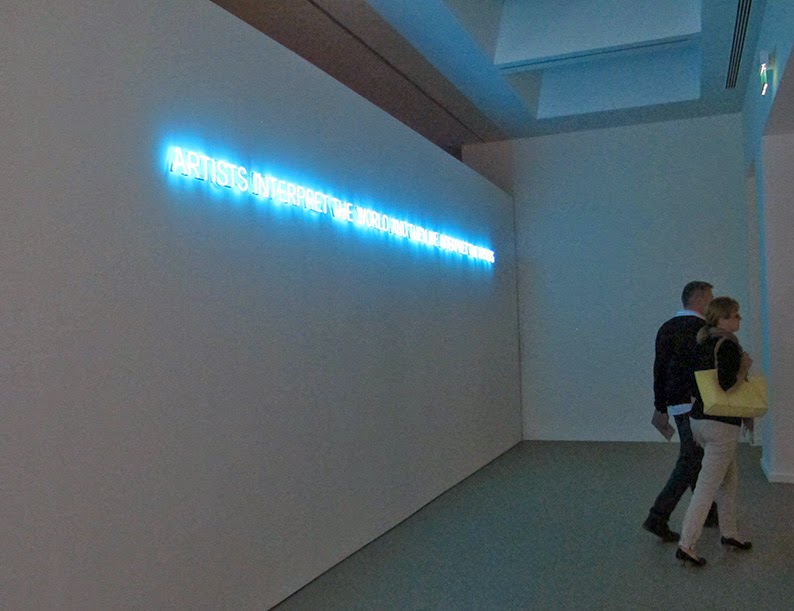 And yet, the Fondation is not only looking back into Vincent's past. Far from it, they are also aiming to extend his presence into contemporary art as well. In the second half of the exhibition, nine international artists were invited to provide their interpretation of what that might be. 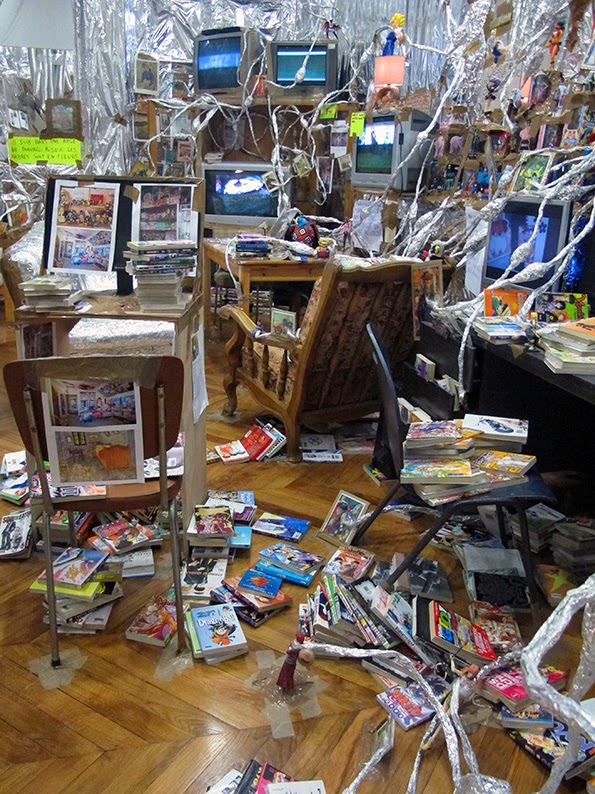 Amongst them, Thomas Hirschhorn's large scale installation especially fascinated the crowds during the opening. It portrays the world of a young Japanese woman who is so obsessed with Van Gogh that she becomes lost in the looking, all while embracing a "positive" side to her status as a "fan." 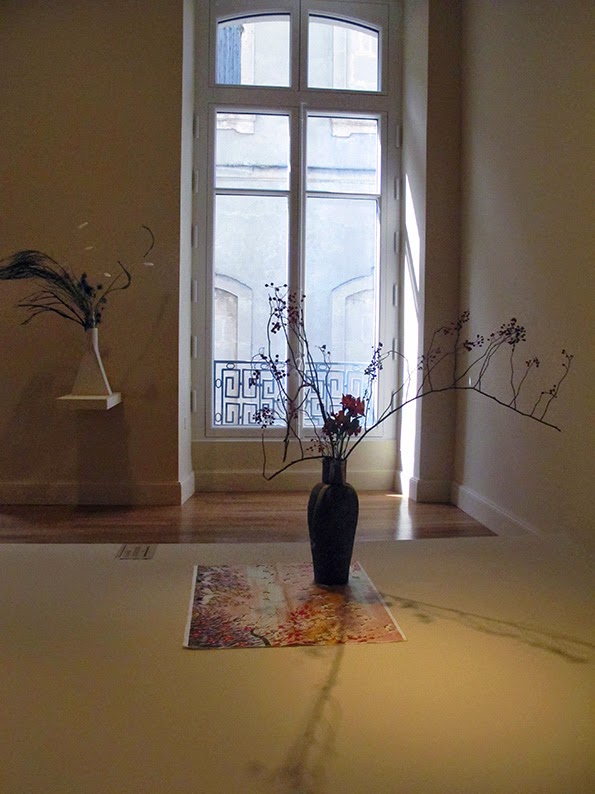 On a far quieter scale visually, Camille Henrot approaches the question, "Is it possible to be a revolutionary and like flowers?" by exploring expressions of the Ikebana form of flower-arranging. Each arrangement was derived from a quotation concerning Van Gogh and the results are deceptively forceful. 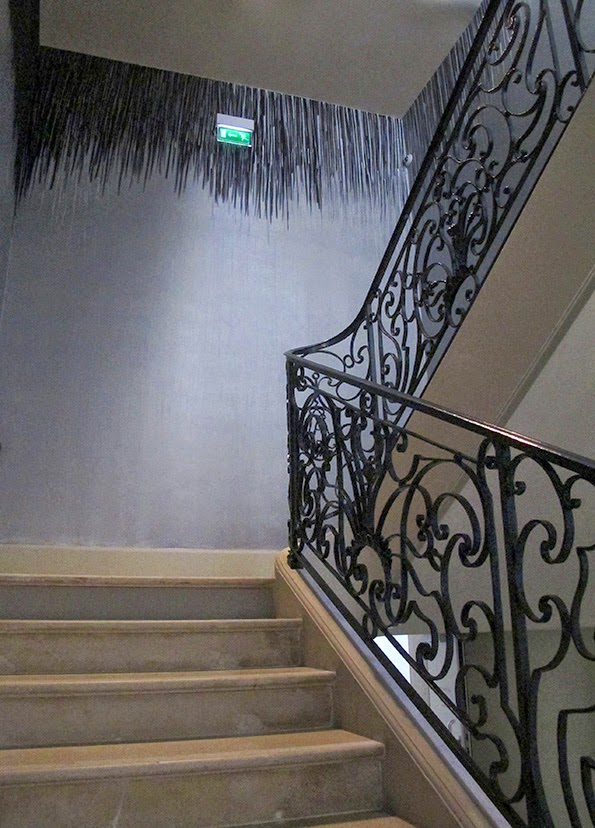 Percussionist Fritz Hauser recorded the scratches made on the walls of one of the Fondation's stairwells and transformed it into a sound installation called Schraffur or "Hatchings." 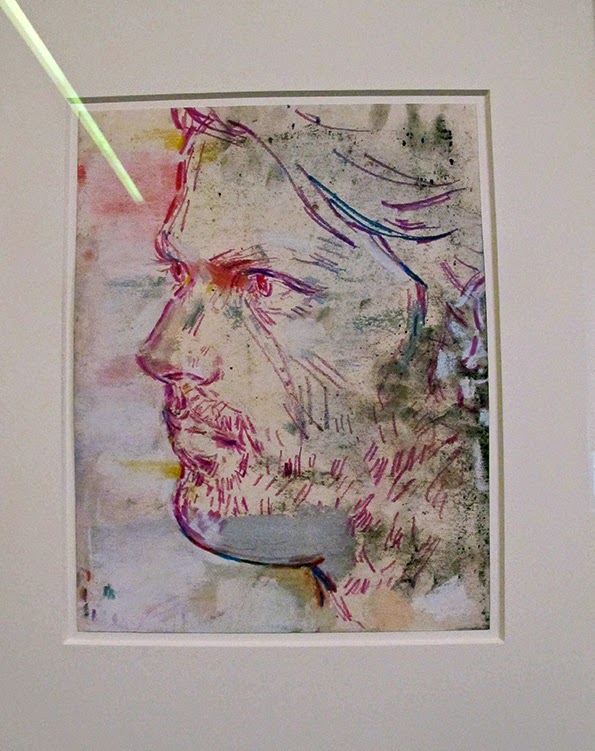 But my personal favorite and most literal link to Van Gogh's artistic legacy came in the guise of the fluid and delicate paintings by Elizabeth Peyton. In their intimacy, you can almost feel Vincent breathing over her shoulder and guiding each movement of her hand. 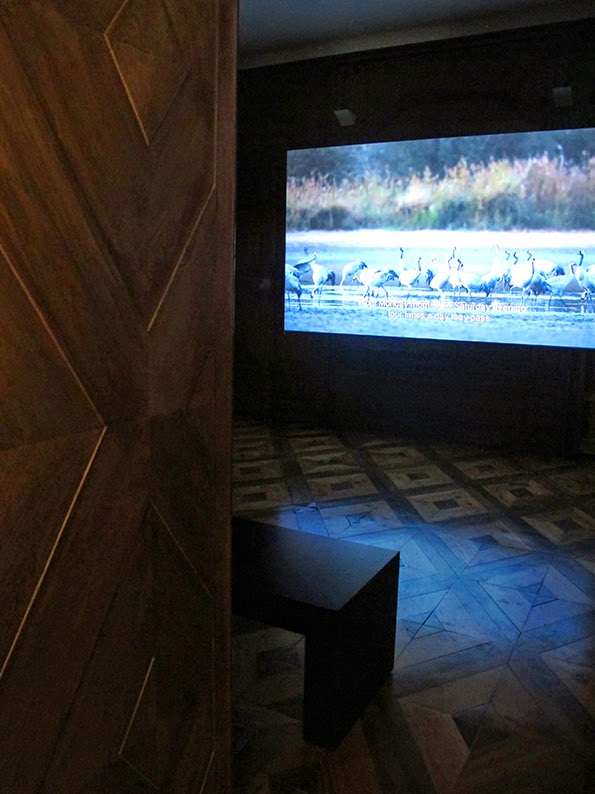 I also appreciated how several of the architectural elements of this former Banque de France (as seen here in the panelling in front of Bethan Huws' video installation)... 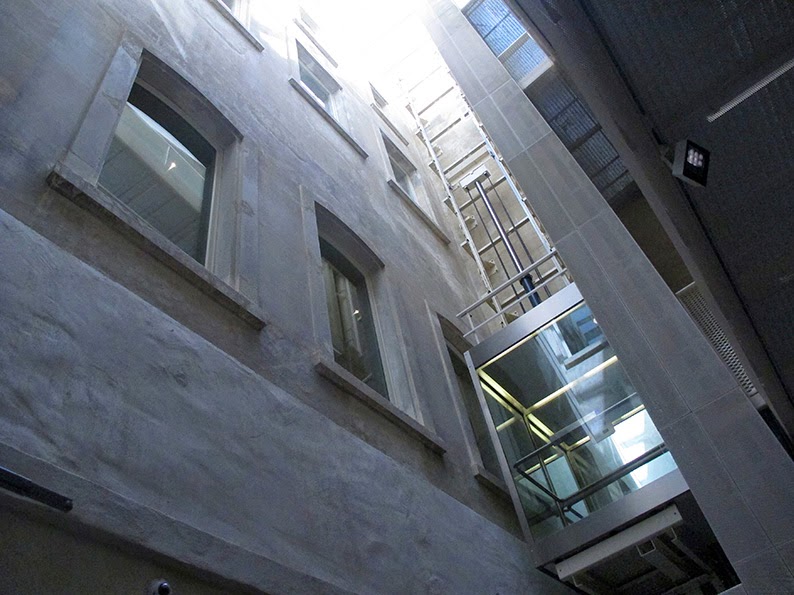 ...Breathe seamlessly with the modernization of the building; one that is almost cleft in two, a fitting reflection of Vincent's increasingly unstable mind during his time in Arles... 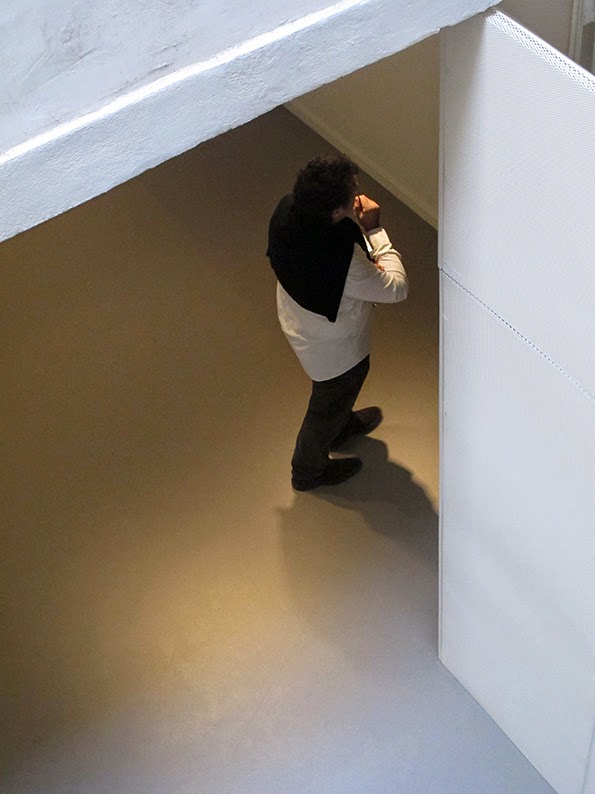 ...As well as a possibility to dive into the layers of both the exhibition and the experience of discovering this important new museum. 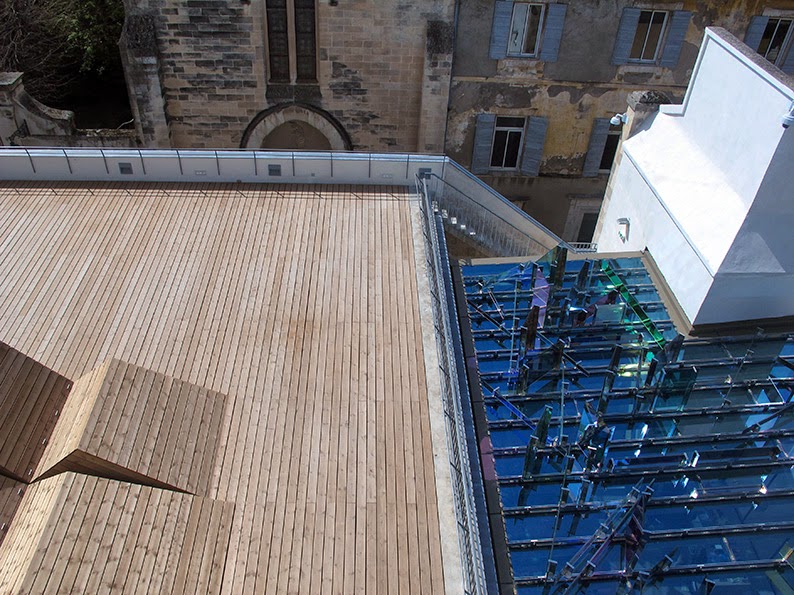 For the translation of this historic building into a contemporary museum is a work of art in itself. The incorporation of such elements as Raphael Hefti's prism-like reflective glass panels on the roof of the translucent facade as well as Bertrand Lavier's opening door - engraved with Van Gogh's signature - further make it so. 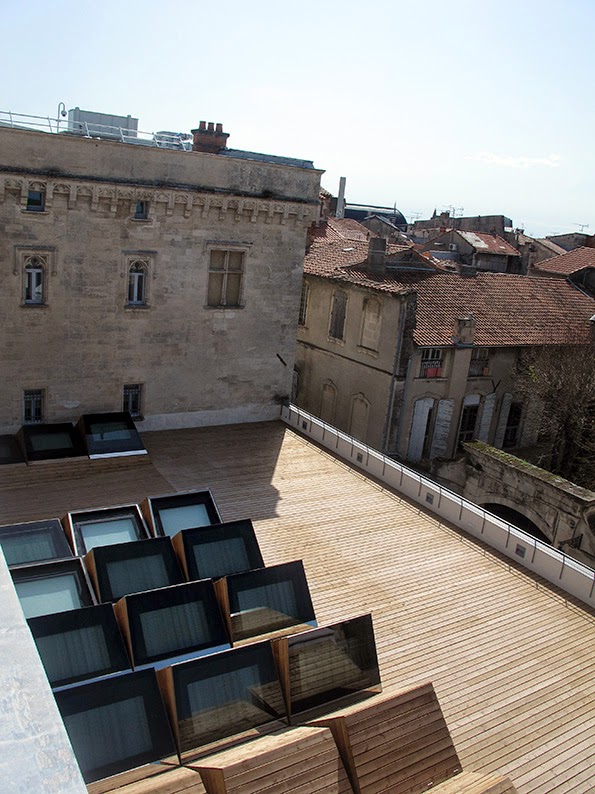 And yet, I found myself thinking as I wandered up to the roof terrace that there is nothing pretentious or precious in the presentation, something all to perfect for a foundation celebrating someone who is arguably the world's most popular artist. 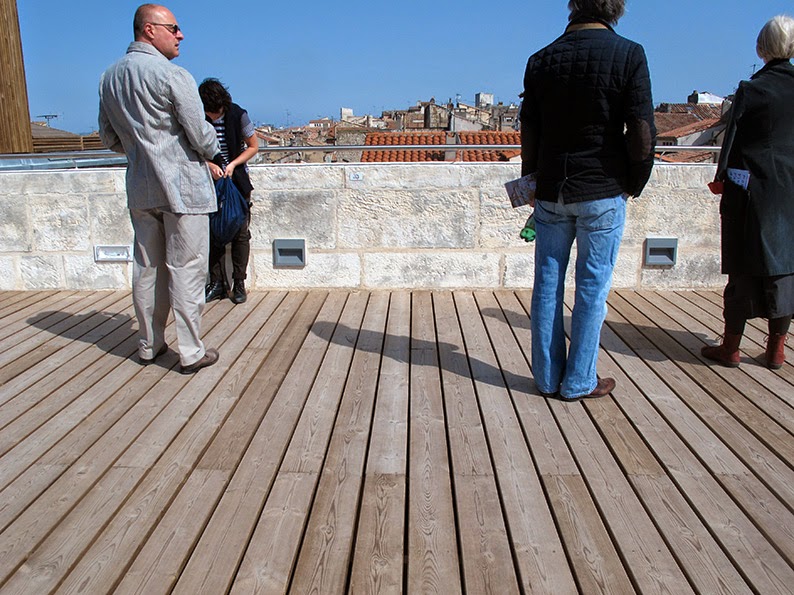 Along with the other visitors, I took in the delightful views over the rooftops of Arles. A view that has little changed since Vincent's time. A Mistral wind whipped around us and I couldn't help but wonder if it was Vincent's ghost, claiming victory, for once and for all. 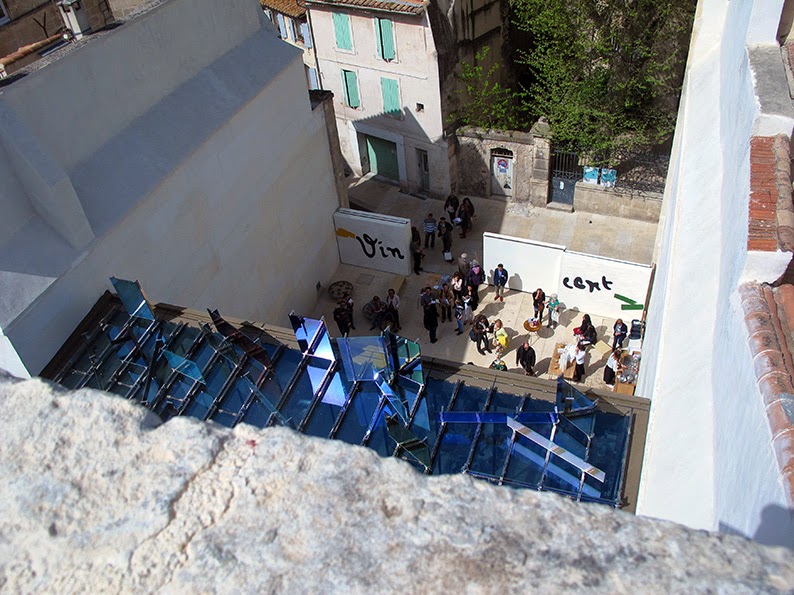 Down below, the visitors took in the sun of the courtyard and sipped ice teas provided for the occasion. There was no sense of frenzy, no pushing to see the masterpieces. If Vincent's ghost had indeed come to visit then certainly he was now welcomed...with peace. 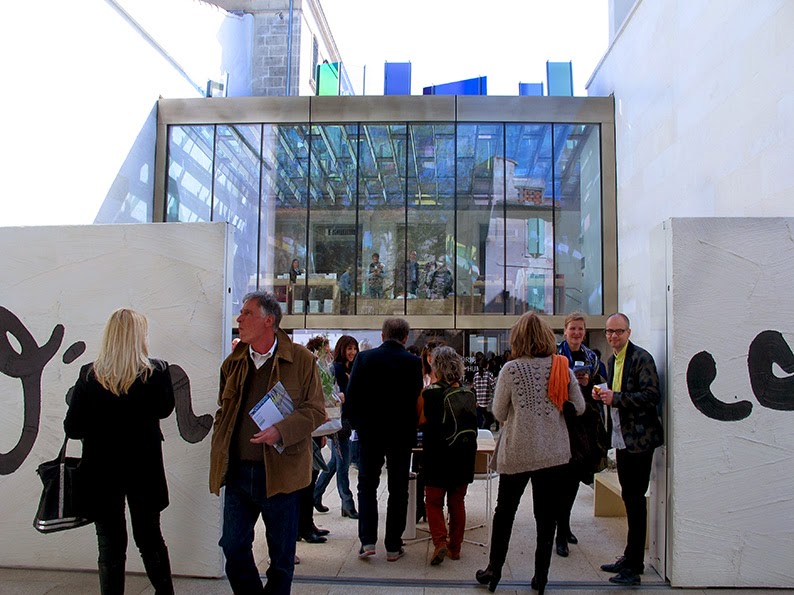 The crowds of that opening weekend have departed, widely proclaiming contentment along the way. I now pass the museum every morning while walking my dogs and nod at it quietly. It gleams in its newness and yet has already claimed its place in the history of this old town. With one foot in-between the past in the future, it is a great gift to Arles and a perfect tribute to the aesthetic of Vincent Van Gogh. 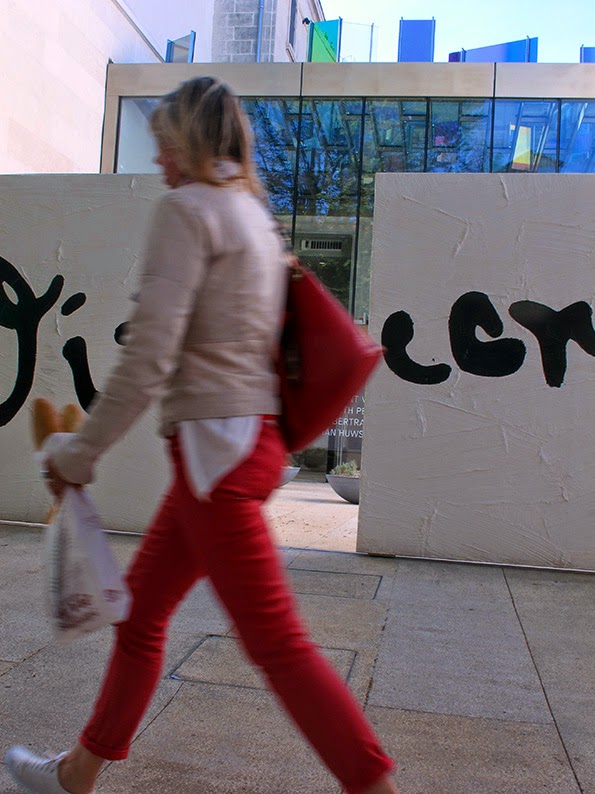 Opening hours: Everyday from 11am to 7pm (to 9pm on Thursday)
Price: 9€ adults, 4€ for youth and students, free for children under 12

Van Gogh Live! is on from April 7th to August 31st. I highly recommend seeing this exceptional opening exhibition.