Picnic and a project 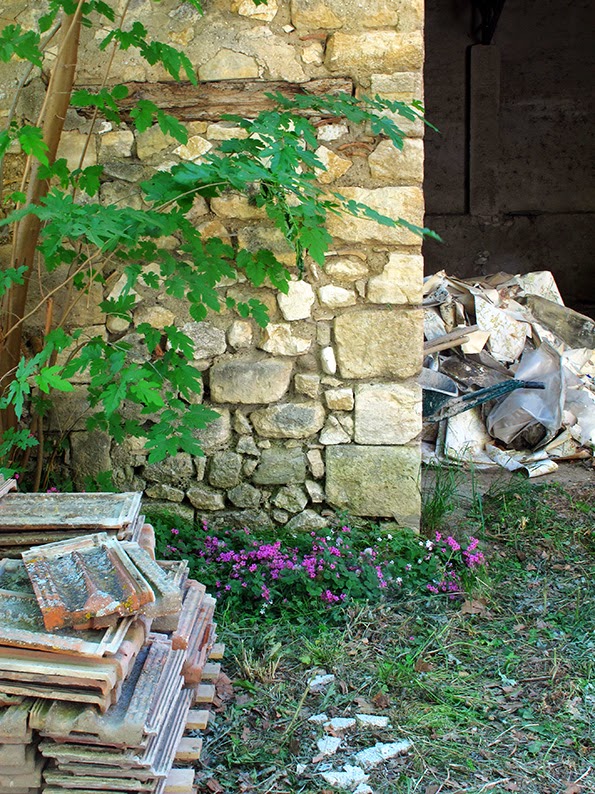 New beginnings. They are so full of promise, aren't they?

Recently, Remi and I were invited to a pre-preview of one such project and a fine time was had by all. Remi had met Anne and Dominik during his coverage of the Roman Boat story for National Geographic Magazine. As video artists, they lead a busy and fulfilling life, one that has long been centered in the Panier District at the heart of Marseille. But, as the noise and pressure of city life no longer fits the bill for their creative needs, they decided a massive change was in order. 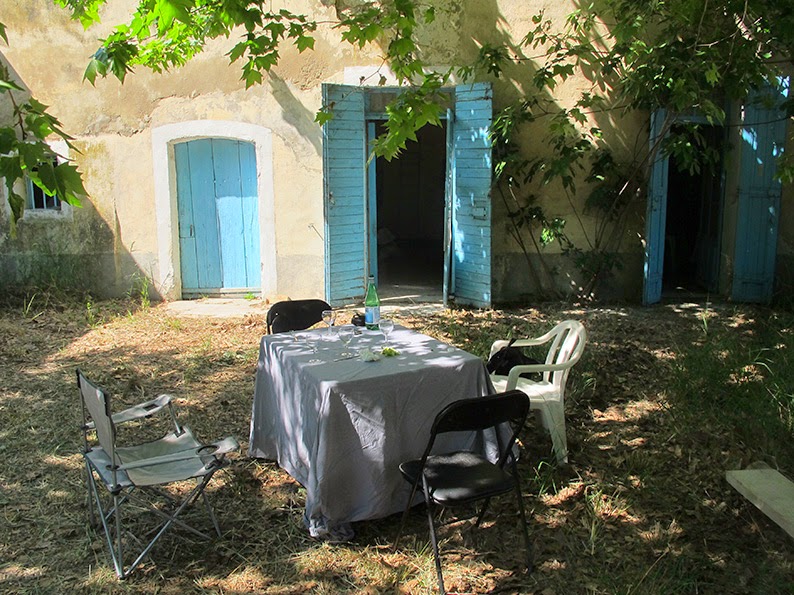 They bought a rambling old farmhouse in the countryside outside of Aix-en-Provence. While nearly everything needs to be redone (save for the beautiful cement-tiled flooring), the potential is absolutely incredible. 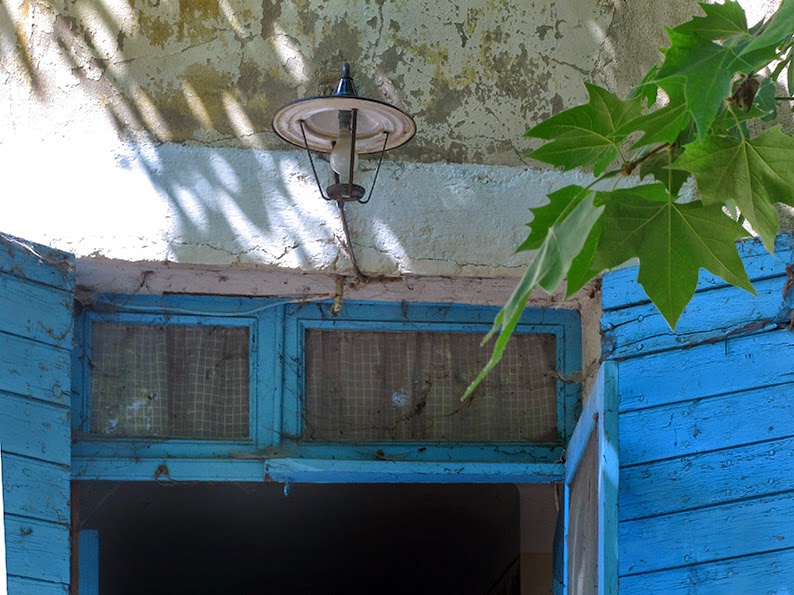 Having heard previously of this new adventure, I was so thrilled to be able to see the house in a virtually untouched state. 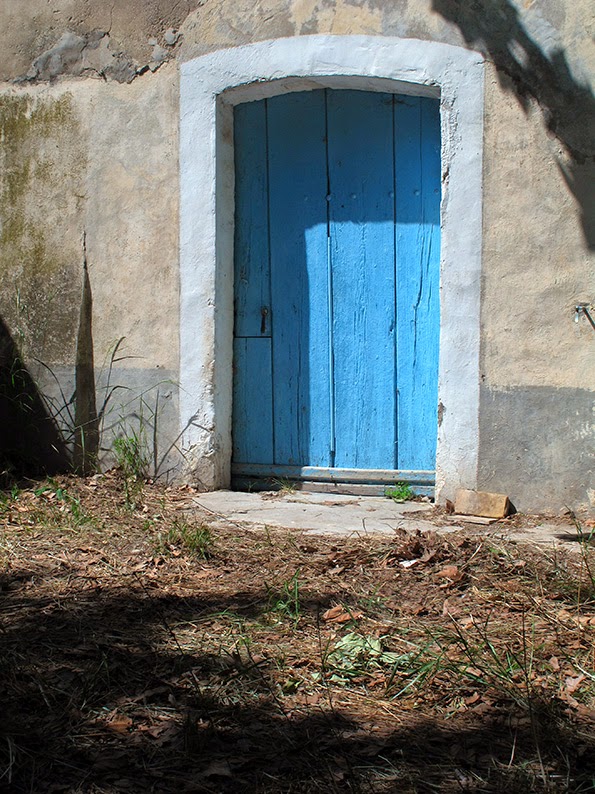 The patina of its many previous lives - it was originally a relais stop for mail, changing horses and resting during a journey - is fully intact. 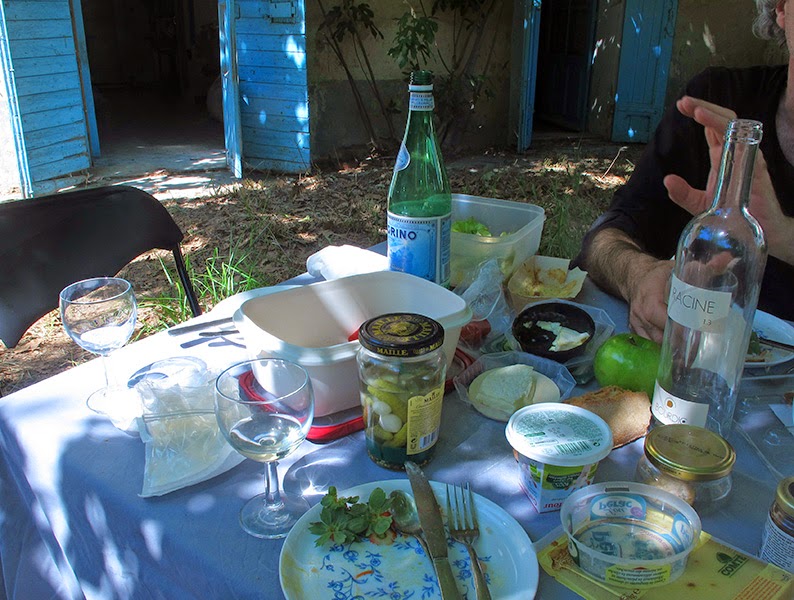 Remi and Dominik carried down a table from one of the upstairs rooms along with a few random chairs and set them up under the shade of an ancient tree reigning over the walled-in courtyard. I spread out an old sheet for a table cloth and laid out the picnic. 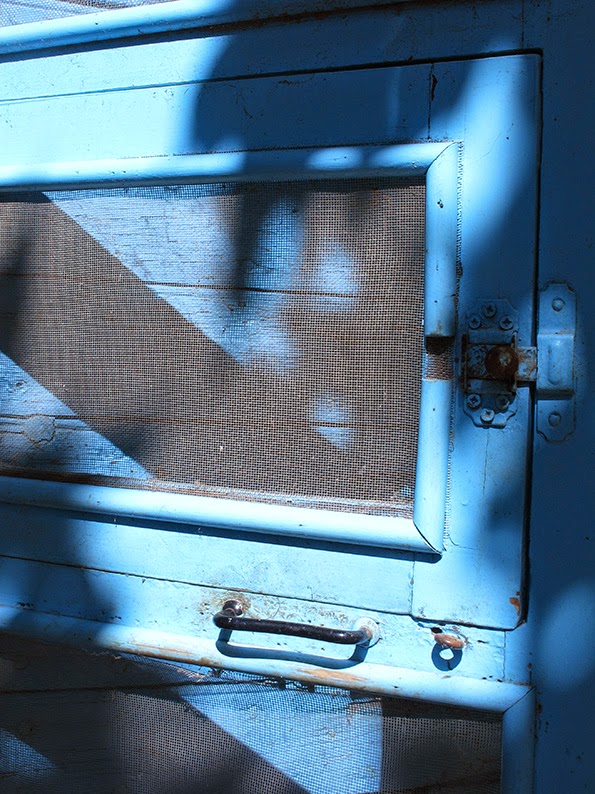 The conversation flowed steadily for several hours over many subjects. Occasionally, I would step into the cool shade that the interiors thick stone walls (up to one yard deep!) provided. There were so many details to take in, elements that somehow have not been handed down to our daily mode de vie despite their usefulness. I could imagine sliding open the middle section of the screen in the front door to accept the mail or perhaps to hand over a freshly made pie to a neighbor. 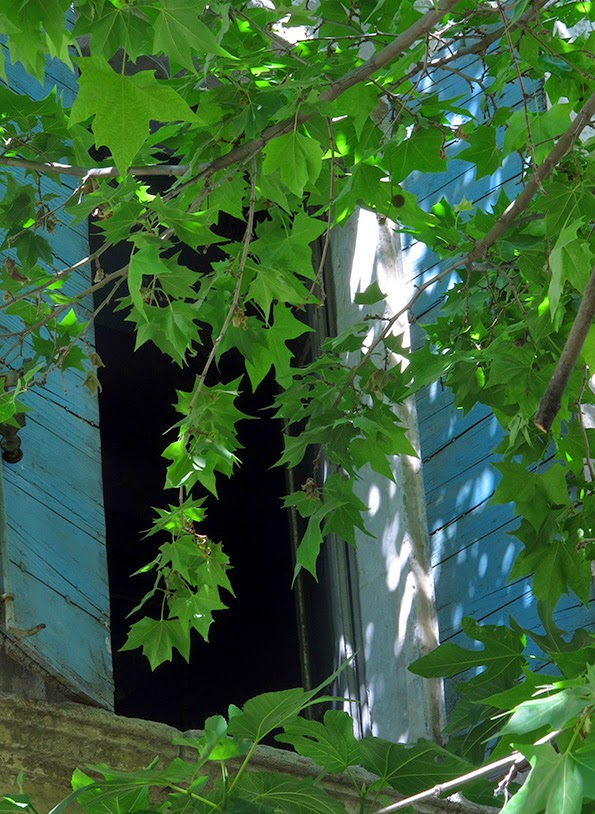 And throughout my wandering from room to room, that old tree listened and rustled in approval. How I wanted to take photos of the walls stripped bare of layers of someone else's wall-coverings... 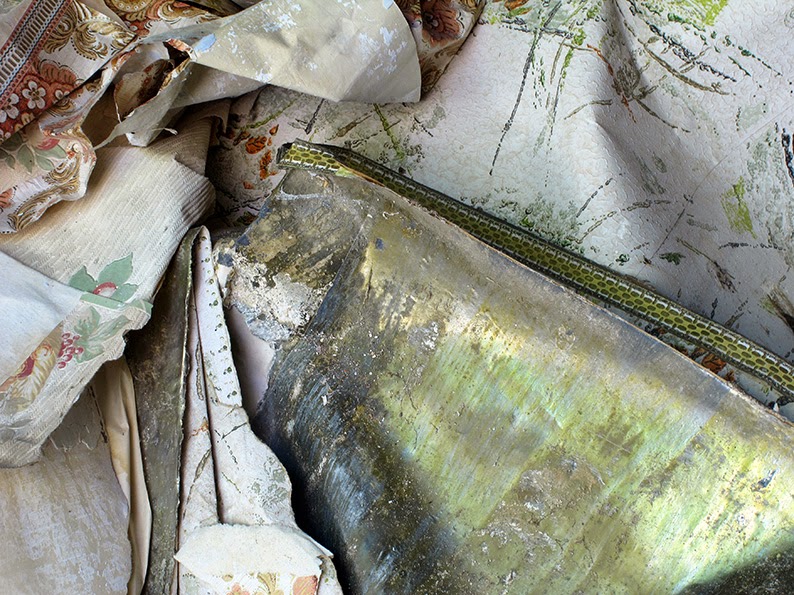 ...but this is not my project, it is theirs. With time, the well-thought out plans that Anne has drawn up (she is also an architect) will come to fruition. The house will be a home and the barns will become work spaces. Isn't it inspiring?

At some point during our lazy meal, this fascinating couple admitted that it was their first on the property. Remi and I were deeply flattered to have been invited for this beginning. We left waving wildly as the car pulled away, shouting out thank you's and well-wishes for the adventure that lies ahead...

Have a wonderful rest of your weekend...
Posted by Heather Robinson at Saturday, June 14, 2014