The ease of conviviality - Top of the Park, Ann Arbor 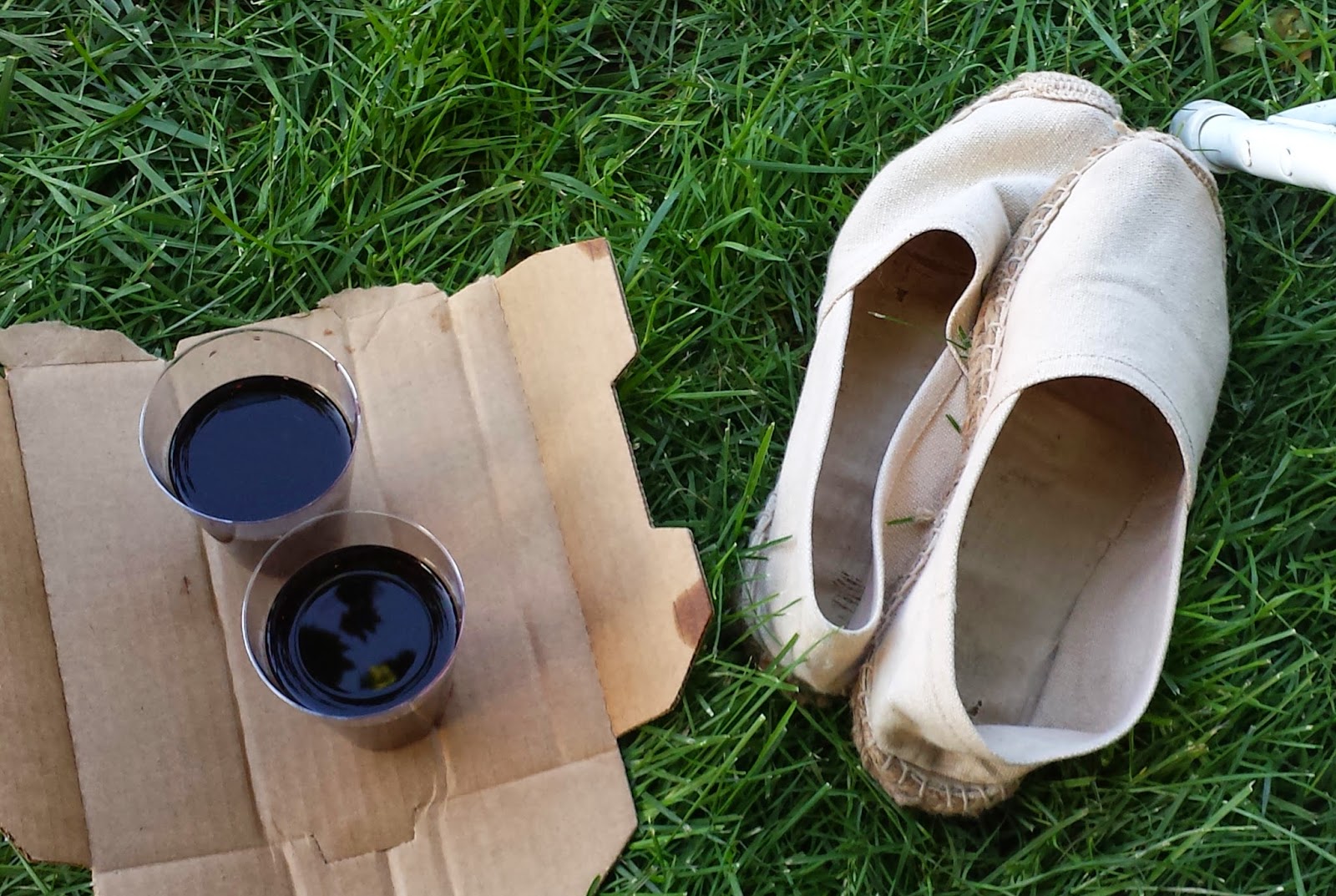 It was one of those perfect early summer evenings. The sky was sending out les bisous d'or and there was just a faint enough breeze to play with the ends of my skirt. 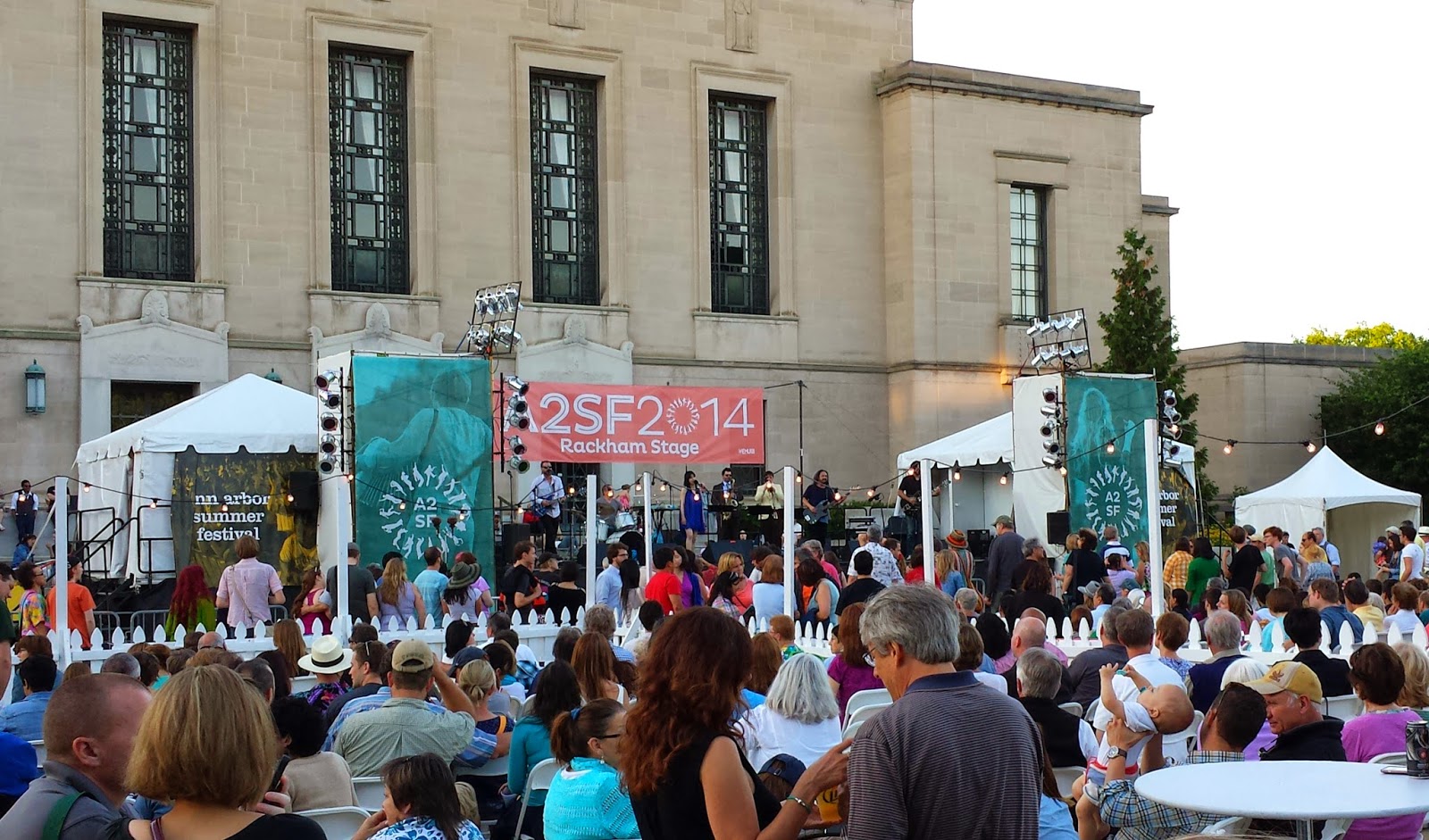 My Mom had been telling me about the Top of the Park Festival, which takes place each summer on the University of Michigan campus in Ann Arbor, for years. She had her first date with Leonard - now her fiancé - there and had passed many a happy evening with my Sister as well, dancing under the stars. 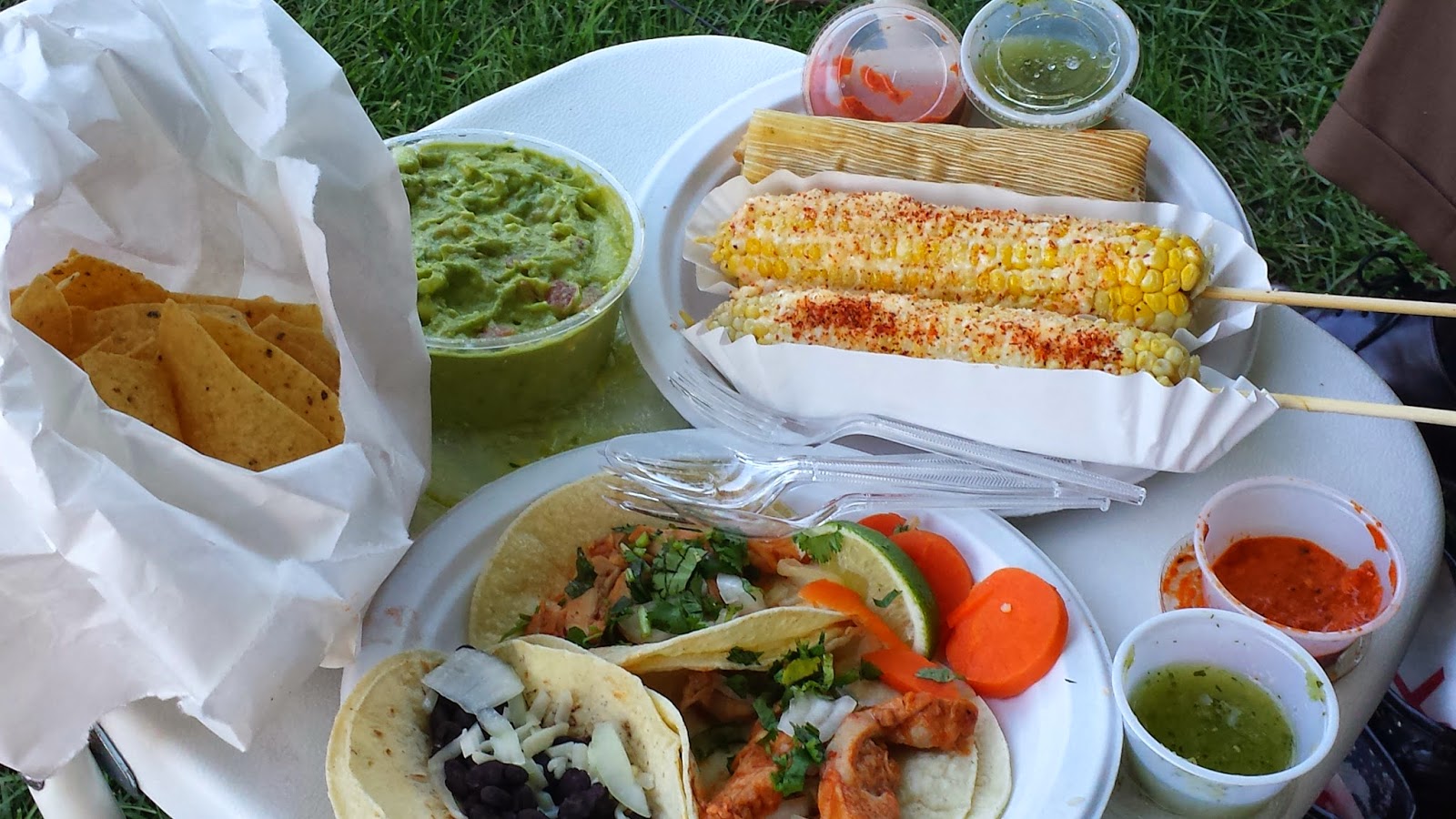 Last Saturday evening, it was finally my turn. My Mom and I stocked up on a Mexican feast from one of the food stands set up by local restaurants and went to find Leonard, who was waiting... 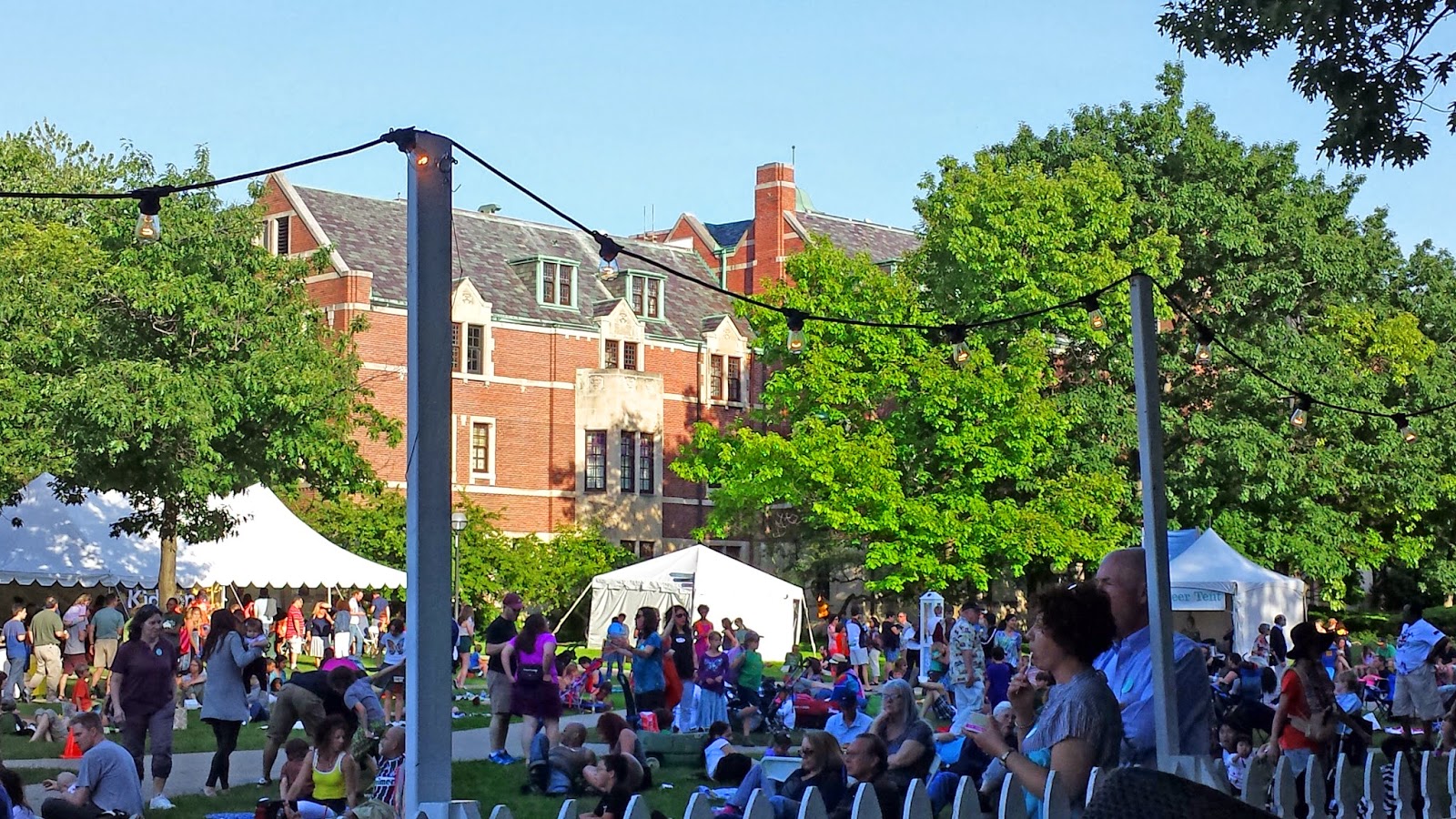 ...in an area under the trees called the Grove, where the fairy lights blinked and plastic tumblers of red wine awaited us. Just as we arrived, plates balanced precariously in hand, a family got up from where they were sitting at the front and center of the action and said, "We are leaving, do you want our spot?" It was one of those gifts that fall into place on such an evening. We smiled and offered copious thanks as they melted into the crowds. 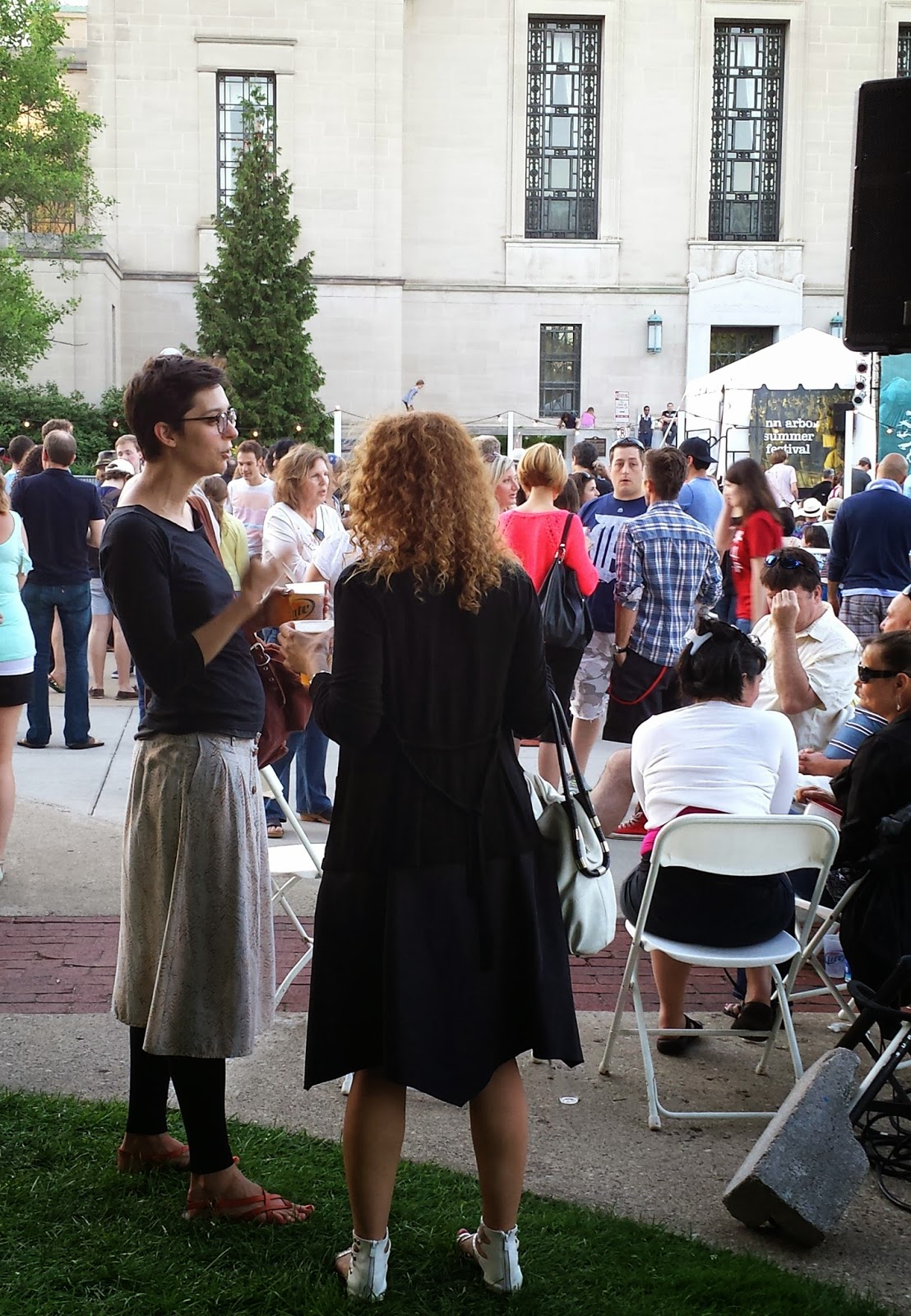 As I settled in, I couldn't help but be delighted with the calmness of the scene. People of all ages, races and styles chatted quietly with one another. Kids did cartwheels across the lawn. There was no pushing to be first in line or to procure seating closer to the stage, no frantic texting or gasping theatrically into cell phones. Perhaps I have been living in Europe for too long but it did surprise me, even though I grew up largely in the Midwest where we are known for our polite behavior. Such ease of conviviality, natural and without decorum, only added to the sweetness of the evening. 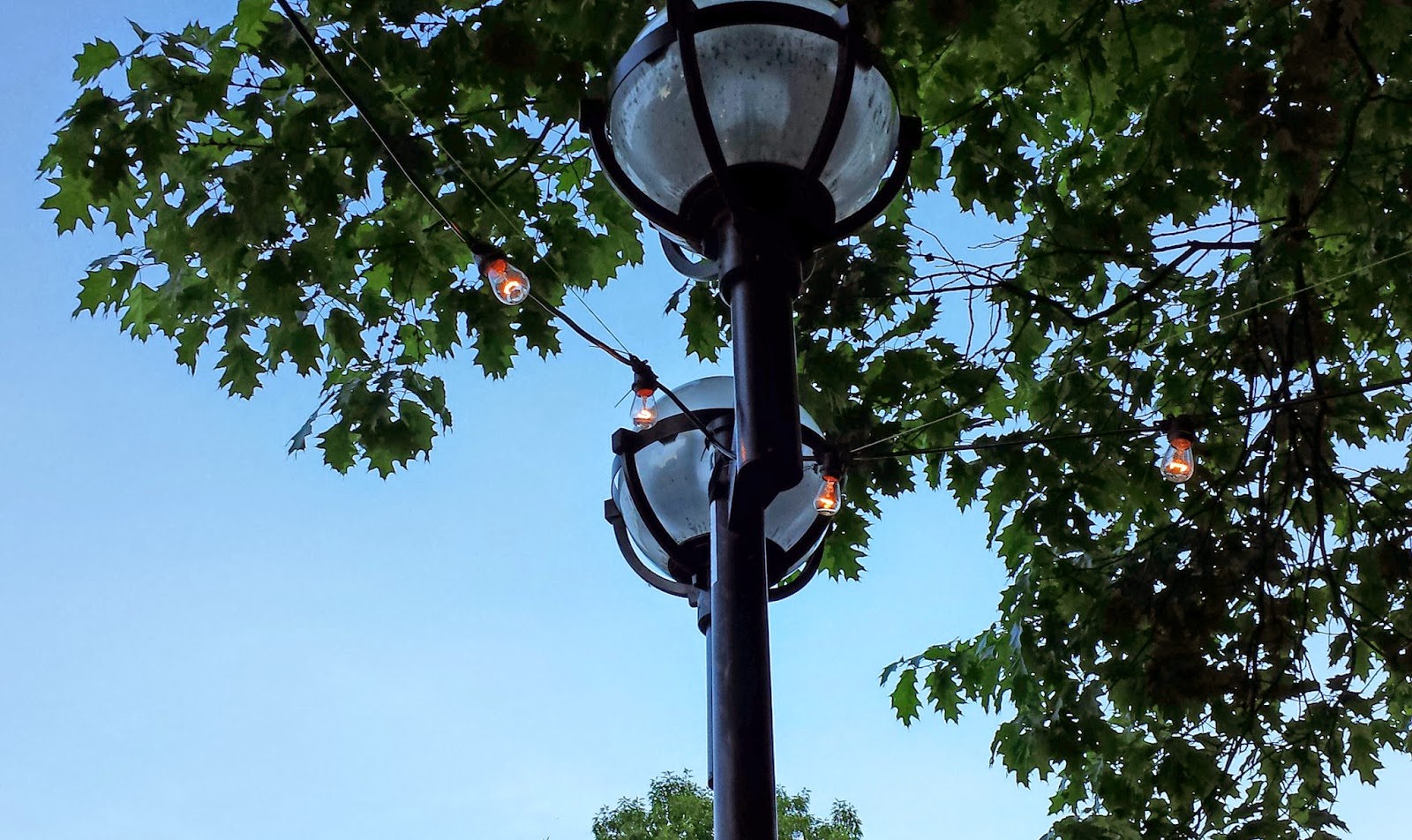 I think that it was Adam Gopnik who, in his excellent book "Paris to the Moon" nailed down the contrast that in New York you are anonymous and in Paris you are given the head to toe glance by each and every person that you pass. I had experienced the shock of that transition when I moved from Manhattan to France and am now used to that attention in Arles. At the Top of the Park, no one was particularly looking or not looking. We were all just there, together. And while the three of us were unanimous in our dislike for the main band - a let down after the swing of the Joe Summers Gypsy Jazz Trio that had opened for them - we didn't mind leaving early, for we had already passed a wonderful moment on a perfect night, the simple peace of which I will not soon forget.

Many thanks to Leonard Wells, my Mom's wonderful fiancé, who loaned me his snazzy Samsung Galaxy to take these photos. Alas, I forgot that I can't download images from my trusty Canon on my laptop, so I will either continue sharing the posts from Provence that I had prepared in advance or smartphone snaps while I am in the States...

And I would also like to express my gratitude to the extremely generous David Terry, who has sent me two care packages of fascinating books to entertain me during the rest of my time in States and beyond...Merci, David!