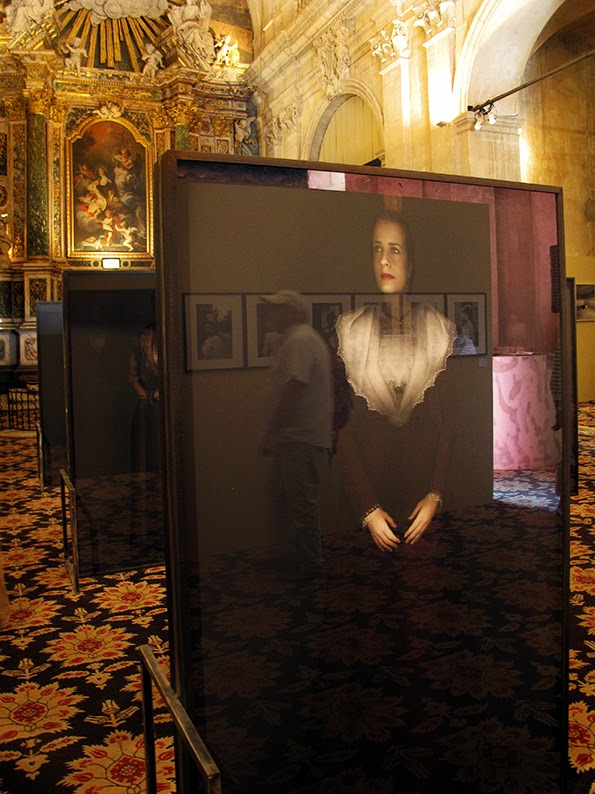 I first heard of the idea of "L'Arlésienne" long before I ever set foot in Arles. 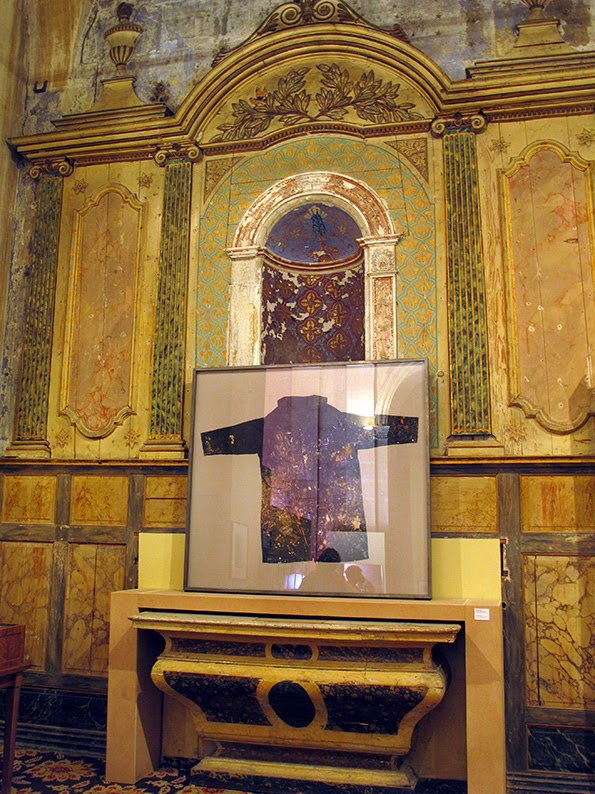 The basic idea is this...it is a term to describe a woman that you find incredibly attractive...and yet... 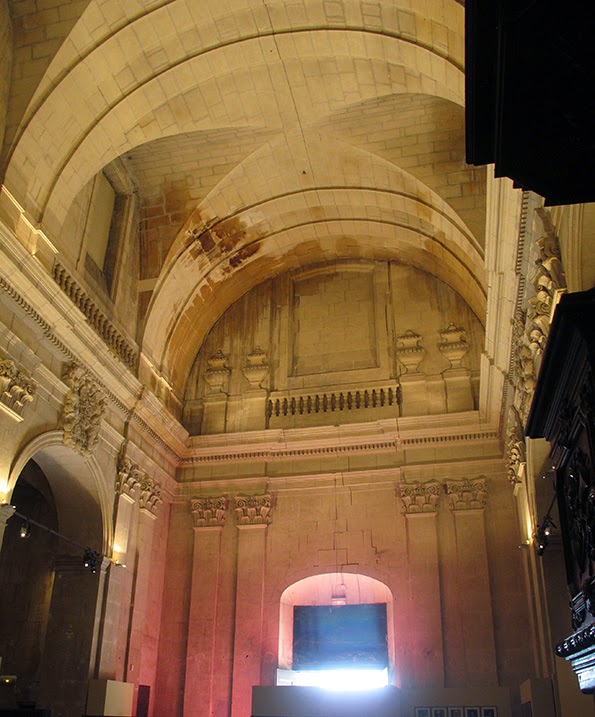 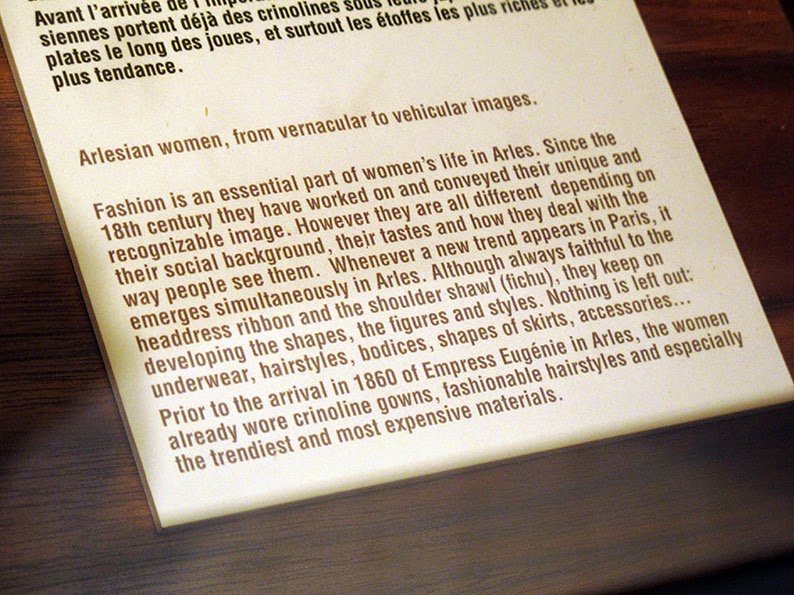 She is a dream that you search after in vain.

A character in Alphonse Daudet's Lettres de mon Moulin, who finally drove her lover to suicide, went on to inspire the opera by Georges Bizet. But I can still see them in modern dress strolling the streets of Arles today with a trail of young men following in their wake, drunk with longing. 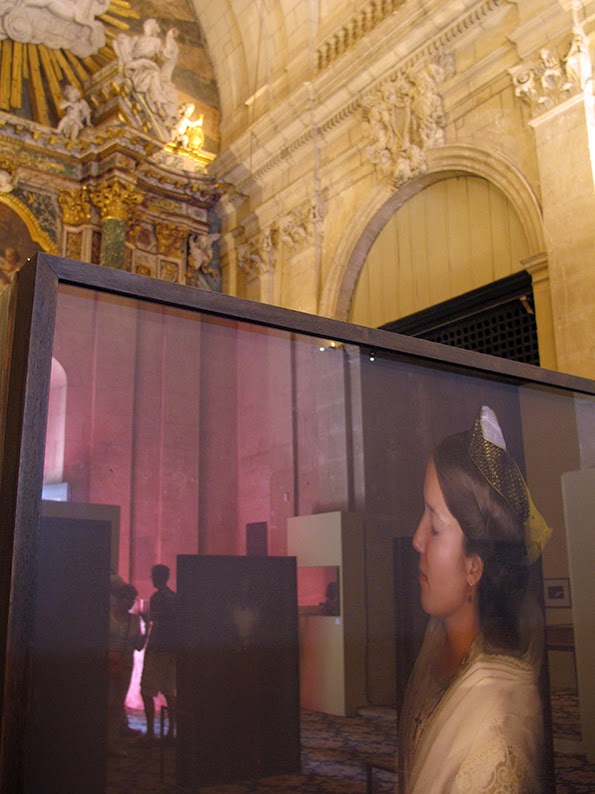 Christian Lacroix has long been fascinated both by the women of his hometown and the symbol of what they have come to represent in society. Les Arlésiennes have been a continuing source of inspiration within his design work (he has said that 'le pouf' skirt that launched him to stardom in the 80s is nothing more than the highly codified traditional gown cut above the knee) and so it is little surprise that he has curated an exhibition dedicated to them during the international photography festival Les Rencontres d'Arles for 2014. 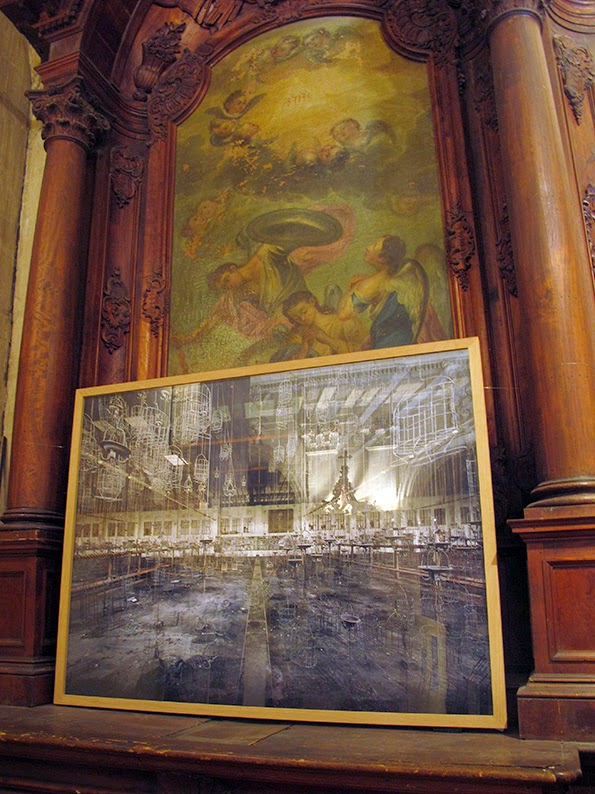 For the event, he has assembled works by a variety of artists that portray themes both literal and more tangential, such as with the framed studio coat of the painter Balthus. All are shown in the Chapelle de la Charité, which is both owned by and joined to the Hotel Jules Cesar (yes, recently renovated by Mr. Lacroix himself) and thus rarely open to the public. 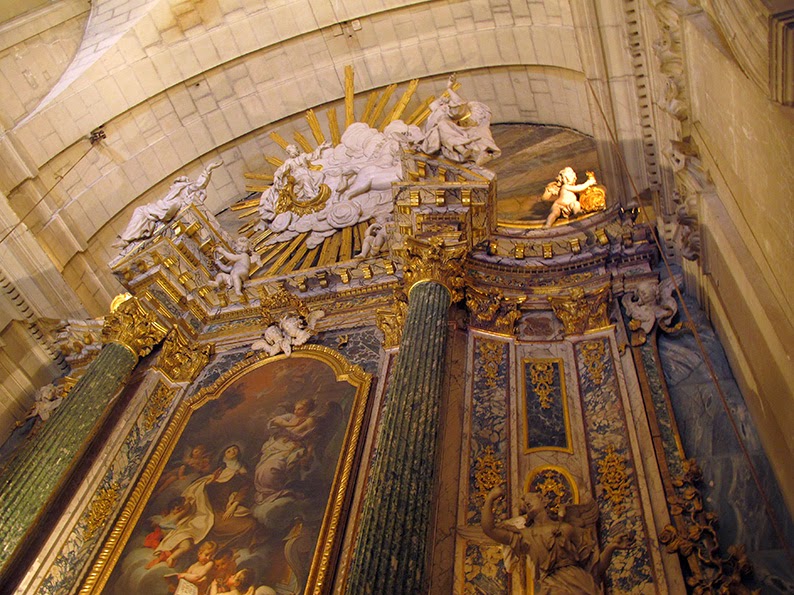 It is a baroque jewel. Created in the mid 1600's, it was the chapel for the neighboring convent for an order of Carmelite nuns. The pulpit and main altarpiece were built by a sculptor from Avignon named Péru and a massive Apotheosis of Saint Theresa, painted by Pierre Parrocel in 1718, towers over the space. Perhaps it is because so many churches were gutted and their treasures destroyed during the French Revolution, that the richness of the colors, forms and textures are so utterly pleasing to me in their rareness, just like L'Arlésienne. The lieu and the exhibit are utterly made for each other. The interplay existing between the ecclesiastical and modern art creates a cocoon as fine as thinly spun silk. 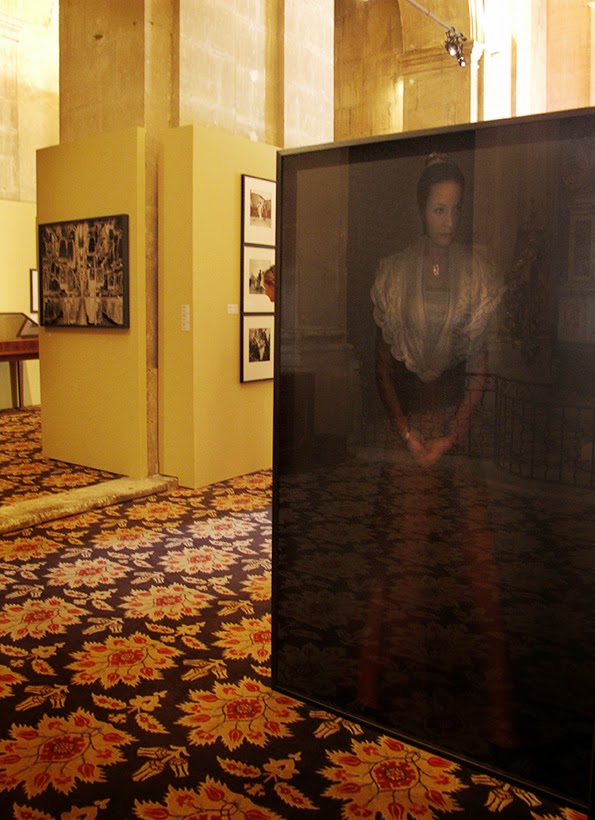 Of all of the works presented, I was most fascinated by the ghostly portraits of the Queen of Arles and her court by the English photographer Katerina Jebb. Following a car accident, Ms. Jebb was no longer able to easily hold a camera and starting working first in photocopies then with scans in order to produce her prints. It is a lengthy process and the stillness required in her subjects is transferred within the final result. Her nearly life-size images of these beautiful women represented the most moving essence of L'Arlésienne and her ephemeral, insaisissable quality that I have ever experienced. I couldn't stop staring at them, as if looking for an answer but finally, in the shiny black glass, all I could see was...myself. 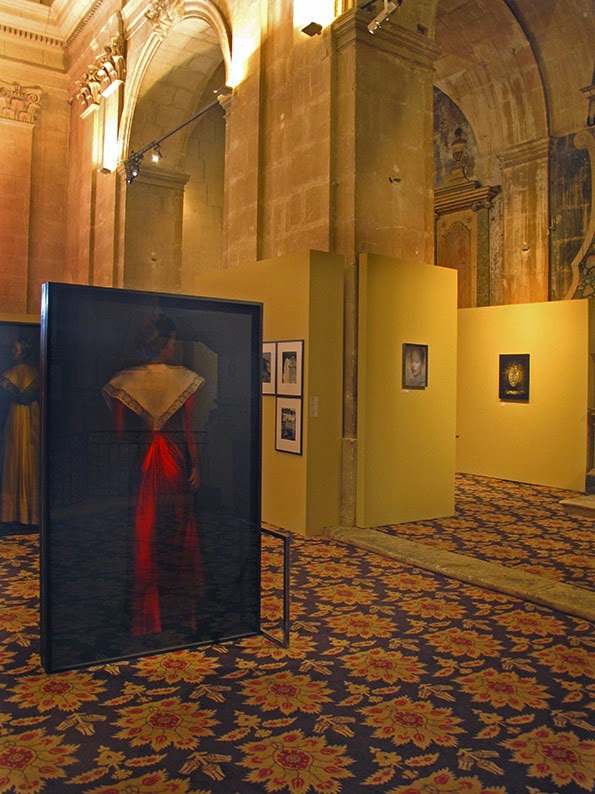 To read Christian Lacroix's poetic introduction for the exhibition (and to see several lovely photographs that were featured in it) please click: here ou en français, cliquez: ici. There is also another excellent article en français: ici. 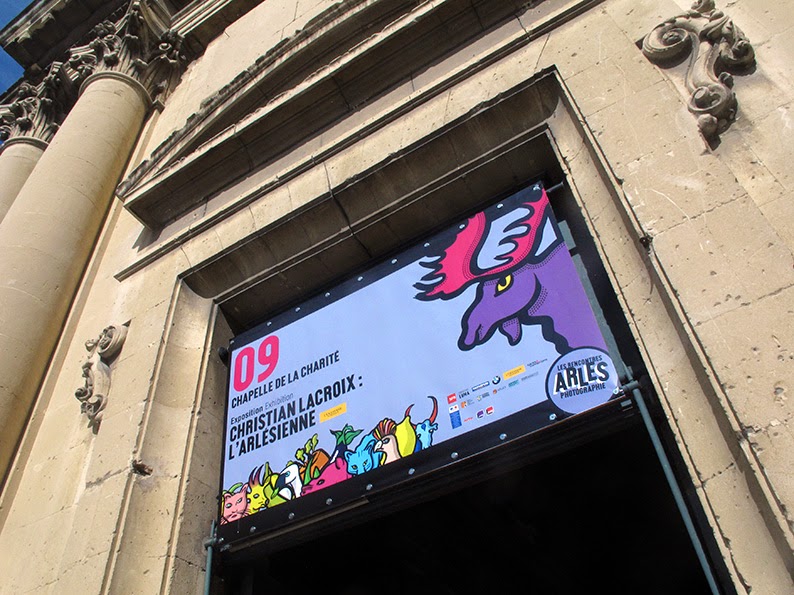 And to listen to a bit of Georges Bizet's opera L'Arlesienne, please click below:


Wishing you a weekend filled with mystery and delights,
Heather