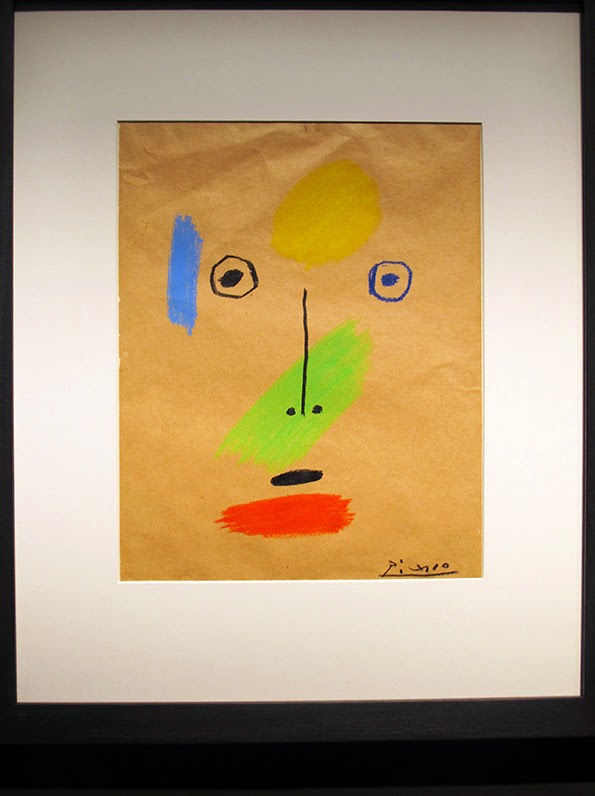 While many iconic modern painters have been drawn to the South of France solely for the quality of its light - Van Gogh, Matisse and Cezanne amongst them - Pablo Picasso also found in Arles the possibility to enjoy a favorite pastime from his Spanish youth. He came for the corridas or bull-fights presented in the Roman Arena during the Ferias and often brought famous friends such as Jean Cocteau along with him. There are photographs of him posing casually with his wife Jacqueline at the Malarte café and parting the crowds in the stands as if he were a toreador himself.

In 1953, an ambitious young photographer, Lucien Clergue, cornered the maestro as he was leaving the Arena to show him a portrait that he had done. Picasso approved so heartily of the piece that he signed it and so a friendship between the two began. Clergue would go on to reach national acclaim with the presentation of his sumptuous nudes shot on the beaches of the nearby Camargue. In 1965, he masterminded the first collection of photography in a French museum for the Musée Réattu and was instrumental in launching the Rencontres Internationales de la Photographie four years later.

With time, a true dialogue developed between the two men. Ideas and themes were exchanged - both shared a fascination for harlequins and gypsies for example - as were works or art. Currently, over sixty pieces from Clergue's personal collection of Picasso works are being presented for the first time to the public within the exhibition titled, appropriately enough, "De Clergue à Picasso."

Picasso and the museum have shared a link for some time. In 1971, the painter very generously donated 57 numbered and dated drawings to express his fondness for Arles, something that was quite a coup at the time. Those works, in addition to the painting Portrait of Maria Picasso Lopez which was donated by Jacqueline Picasso in 1985, are on permanent display (as well as being featured in the exhibition) and add a vibrant character to this small museum perched on the banks of the Rhone River.

If, like me, you have a preference for later periods in Picasso's work, you are in for a treat. In the drawings, etchings and linocuts presented, there is a simplicity and yet distinct lushness of line. The  interplay between the centuries old architecture of the museum and the electric modernity of the works is also attractive. Plus, the factor of discovering an unknown treasure is breath-taking. I was completely blown away by the richness and diversity of this private collection and I apologize as I was so intent on looking that my snap-happening was not (plus this is the precise moment when my little Canon G12 bit the dust). Admittedly, I have little to show that is convincing but please trust me and by all means do go if you are in the region as the exhibition is running until January 4th.

It is also most certainly worth the effort just to see the Musée Réattu itself. Initially constructed in the 15th century, it was named a Grand Priory for the Knights of Malta in 1652 (I love to just casually toss out such facts about Arles..."Oh yes, that happened here too..."). Gargoyles loom overhead and I can always hear the knights footsteps marching up the wide stone staircases. But we have the painter Jaques Réattu to thank for it was he who bought the entirety of the property (27 lots in all) when it was sold during the French Revolution. In 1868, it became a museum that initially featured only his works (some of which are more successfully orchestrated than others). Slowly, the collections have grown and due to the active participation of such local heros as Clergue and the designer Christian Lacroix (whose wildly successful show in 2008 was a watershed moment for the museum), its future is far brighter than its past. I always suggest for visitors to go, for I am really fond of what it has become. No one listens to me but they should and certainly right now in order to delight in the exceptional viewing of "De Clergue à Picasso." The bond between them is evident and it is a delight to peek inside the more private creative lives of these two artists and their love of this corner of Provence.

A sad UPDATE: Mr. Lucien Clergue passed away the day after I posted this at the age of 80 years old. I often saw him strolling the streets of Arles and it was evident that even if he no longer was carrying a camera in hand, he was always searching for an image with the eye of a true artist. His battle was to prove that photography be recognized as valid art medium rather than being considered a "lesser art" both in France and abroad. In 2007, he was the first person to be elected to the prestigious Académie des Beaux Arts for photography and for 2013 he was its chairman. He published over 75 books during his career and his work has been featured at numerous galleries and museums, including a solo exhibition at the Museum of Modern Art in New York City that was curated by Edward Steichen in 1961. His friendship with Picasso lasted thirty years, until the painters death. 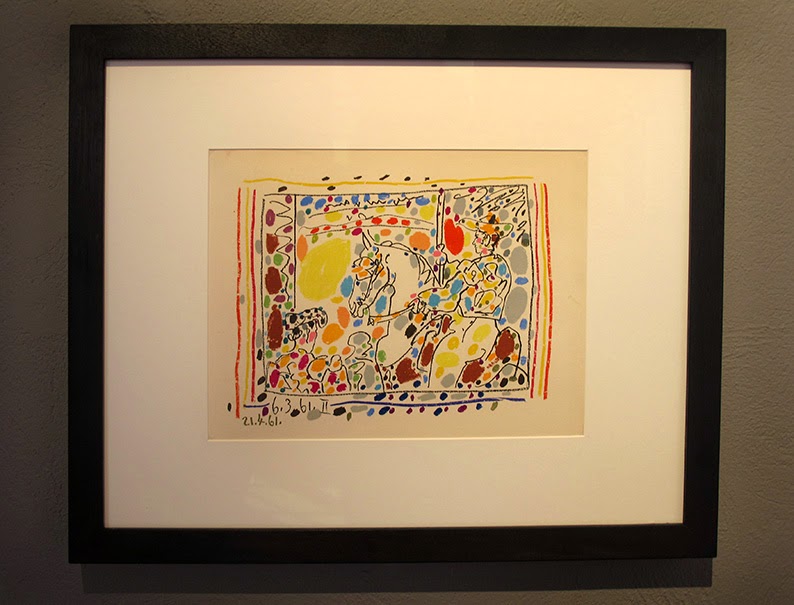 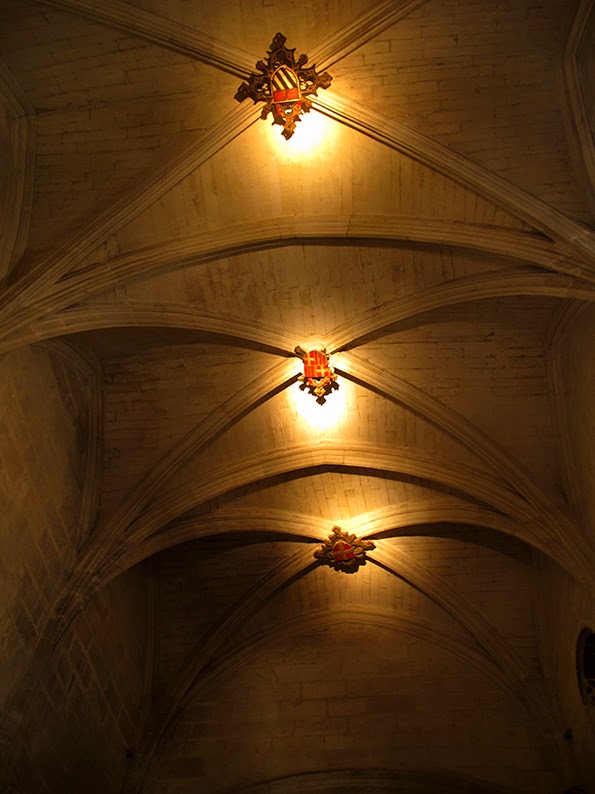 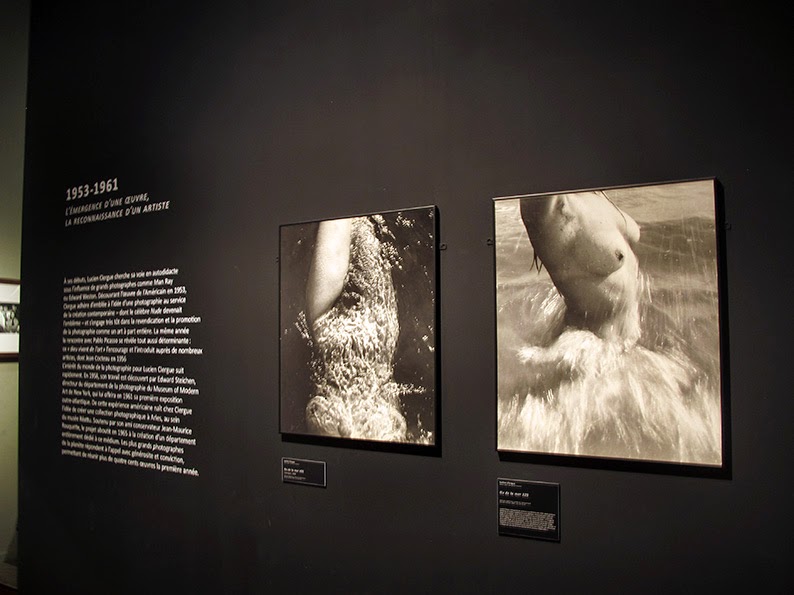 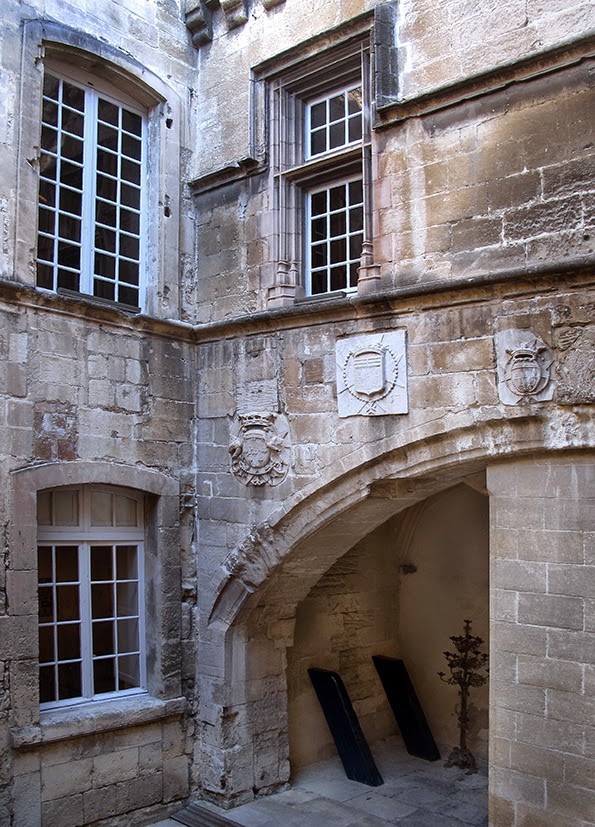 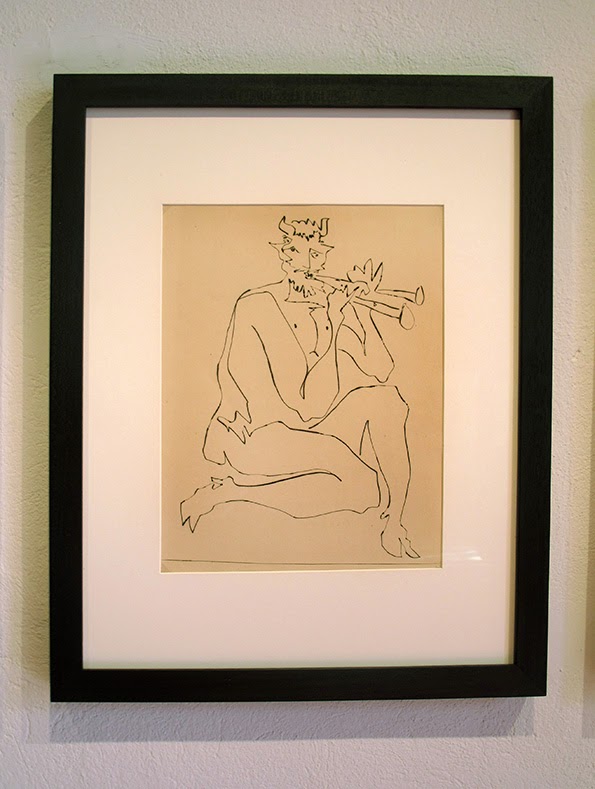 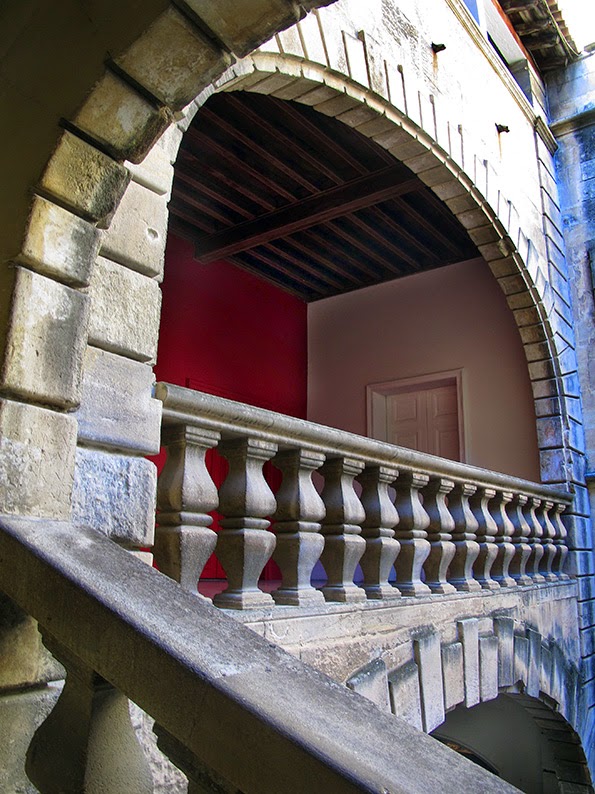 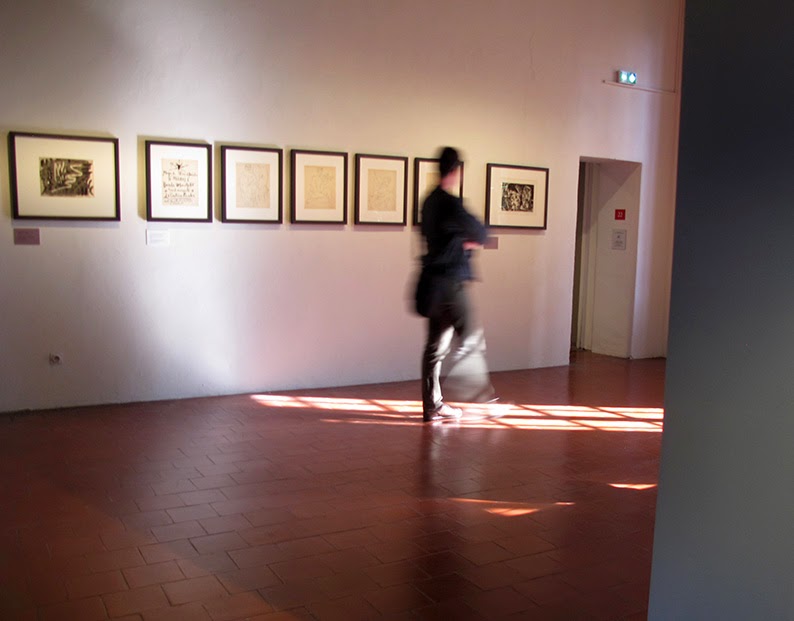 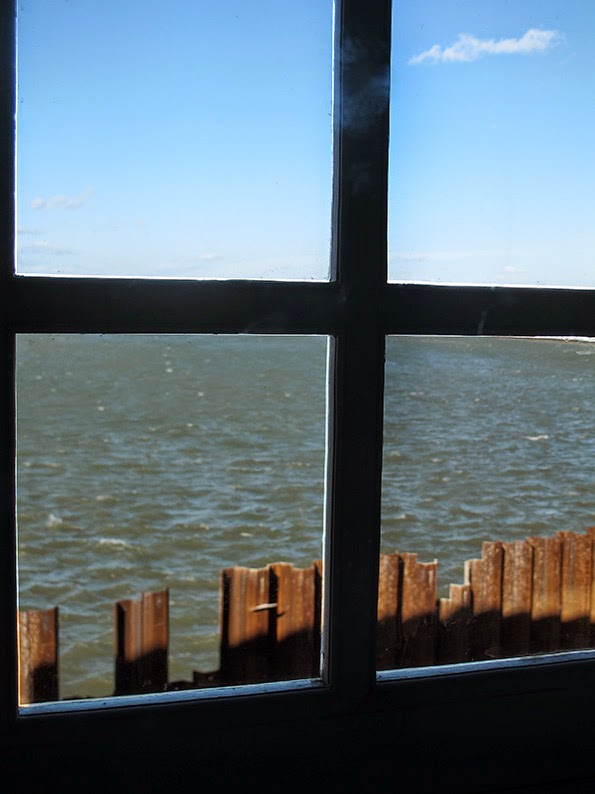 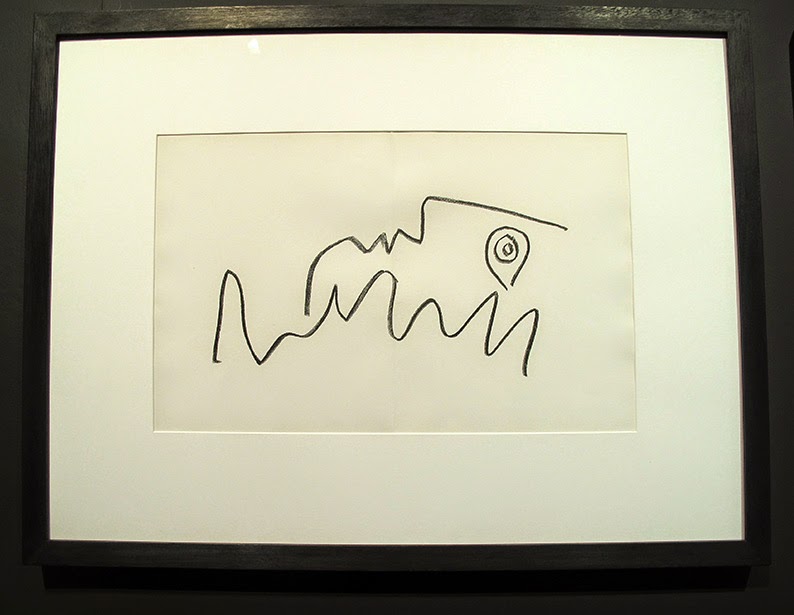 And if you don't believe me, just look at the comments in the guest book below...Ginette, who is 102 years old declared that it was fabulous... 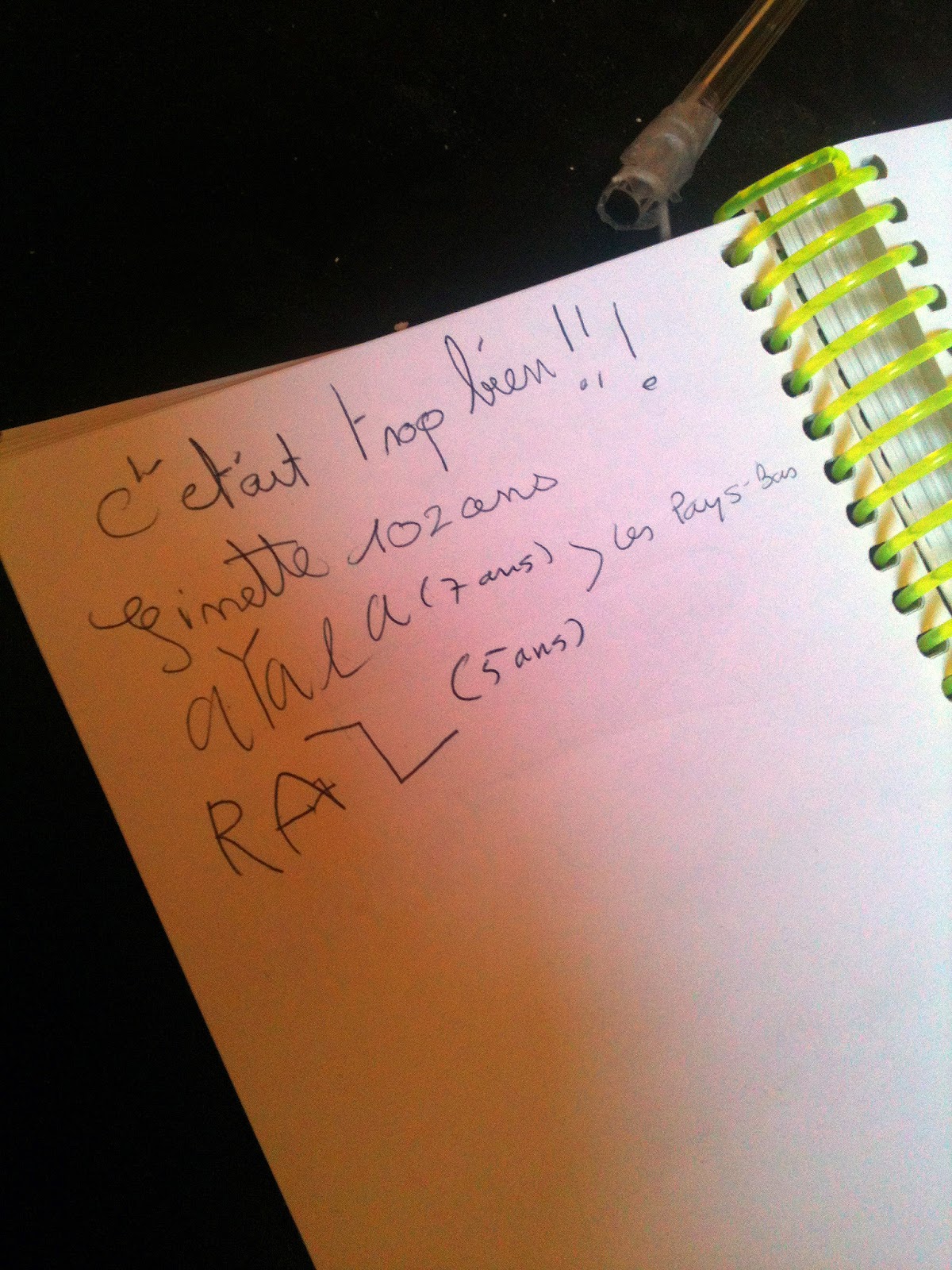 I just found this, it is a little wonky but gets the basics across:

I hope that your weekend is filled with inspiration...Olé!