A Sunday concert in the countryside of Provence 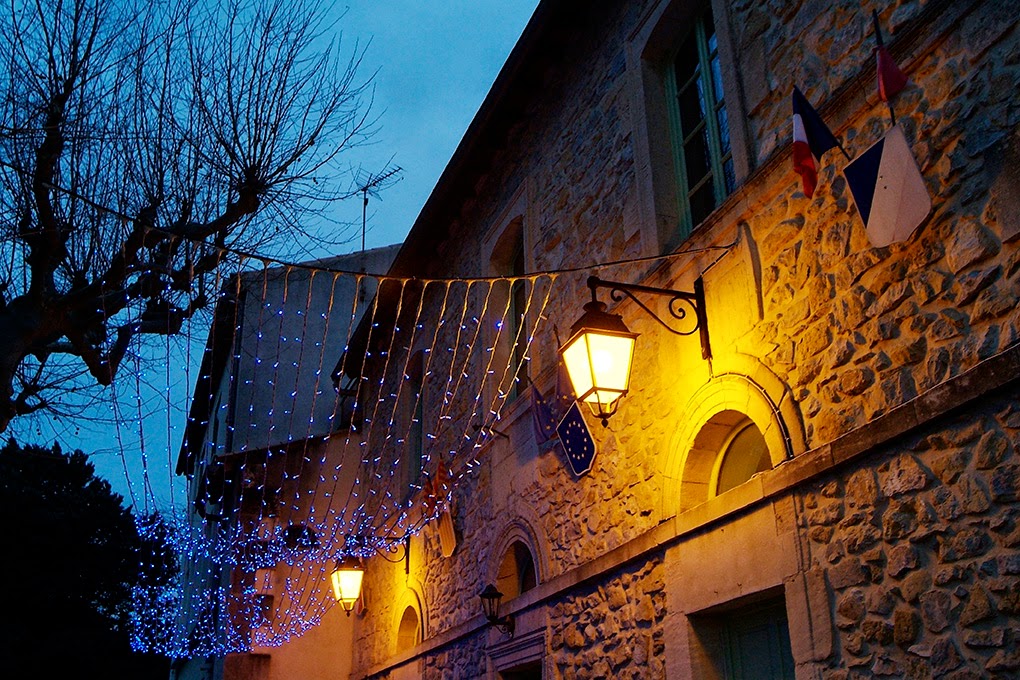 "Nous sommes en Provence et on est fier d'y être!" the Mayor of Saint-Pierre-de Mézoargues declared with pride in front of the audience that had packed into the tiny village church. His arms were thrown open wide and his comment was met with hearty applause. "Yes," I thought in agreement, "we most certainly are in Provence...and I am proud to be here." 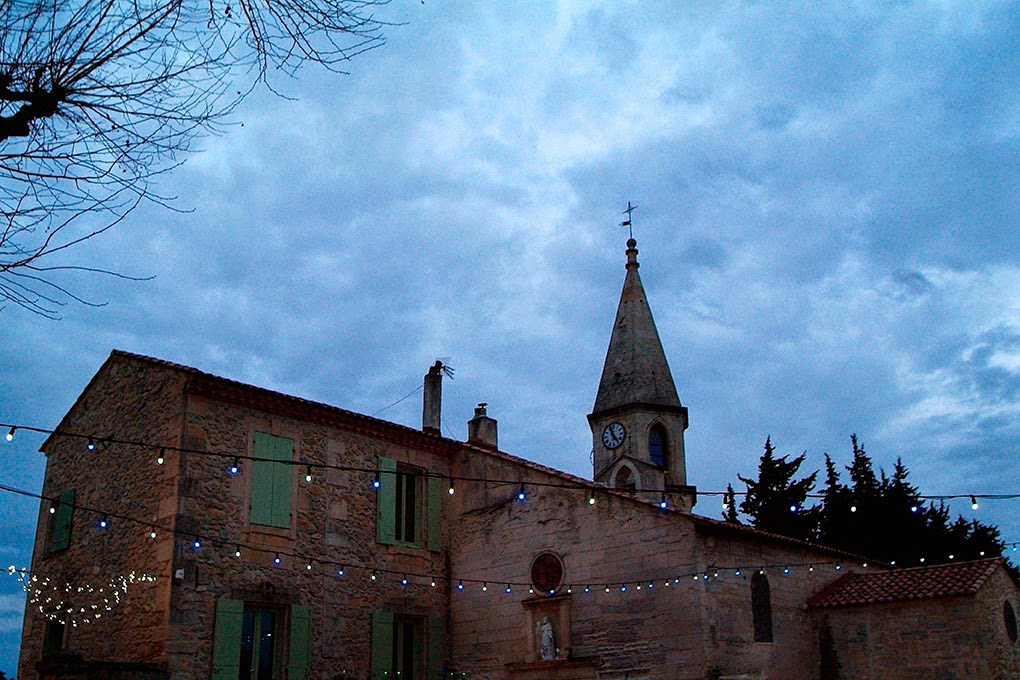 It is something that I am still understanding, even after these many months of having moved out of the wonderful town of Arles. Finally, I live in Provence. That recognition comes in waves of feeling or bright little sparks, such as in finding myself at a free local concert filled with bonhomie. 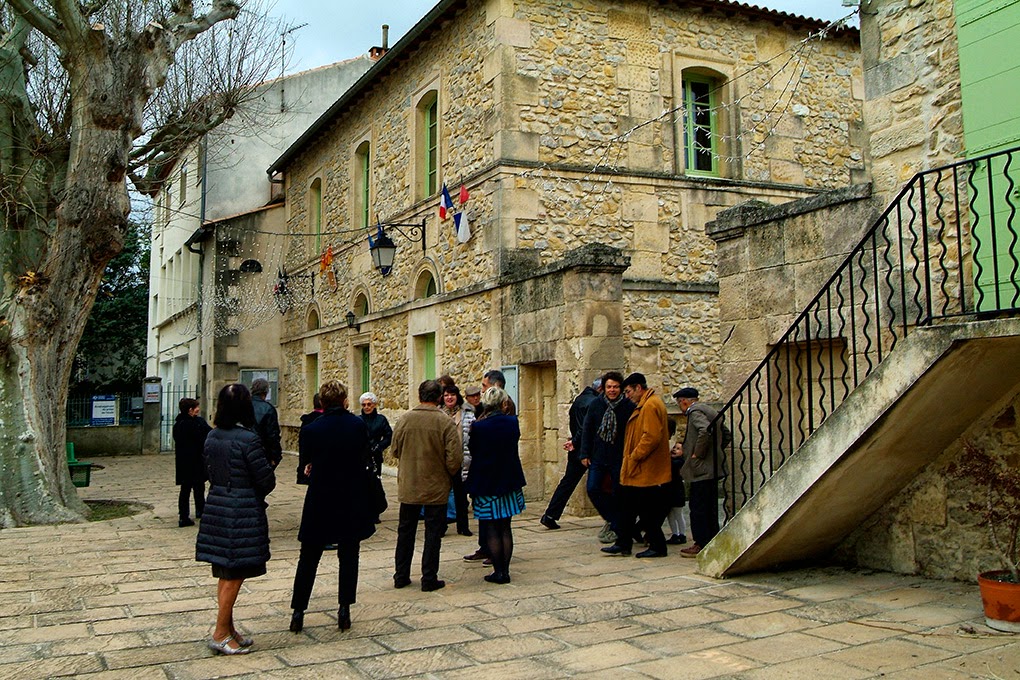 I couldn't have guessed that so many people would turn out on a Sunday afternoon to hear four local youths play...the accordion... 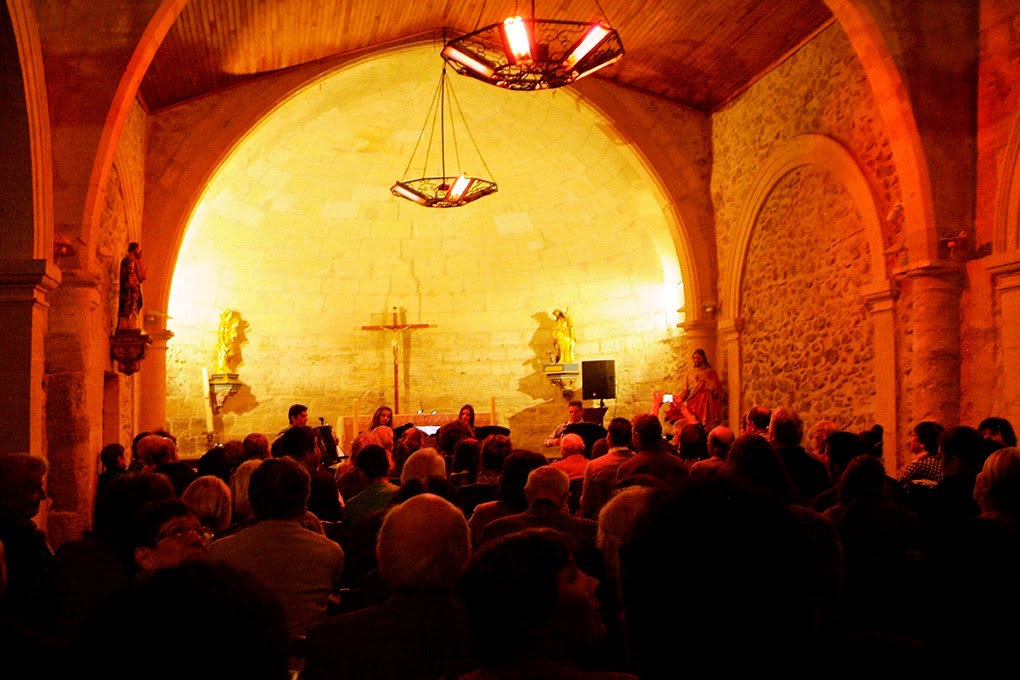 ...and yet every seat was taken. Our friends, the elegant Ms. L and Mr. W were surrounded when I arrived. Late-comers genuflected briefly before shuffling towards what space they could find. I took a seat - carved out of wood with a cane bottom and most certainly made in the area - at the very back of the chapel and listened to three elderly women as their voices overlapped with the gossip that each doled out with marked emphasis, as well as to the singsong hubbub of the crowd. 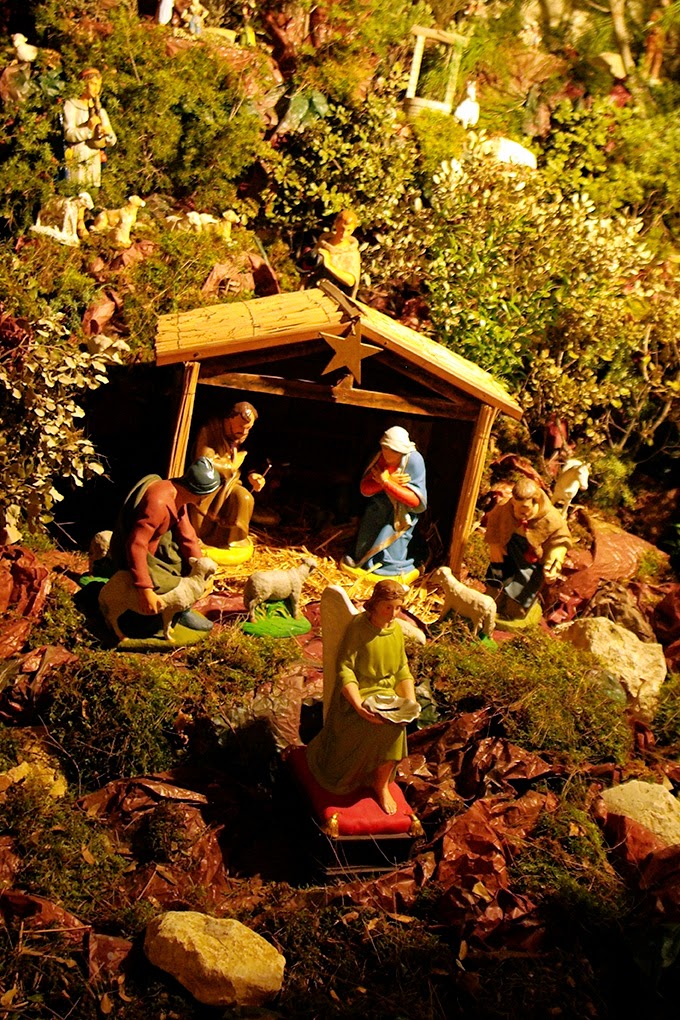 A giant crèche had been installed in one of the naves, clearly done with love and skill... 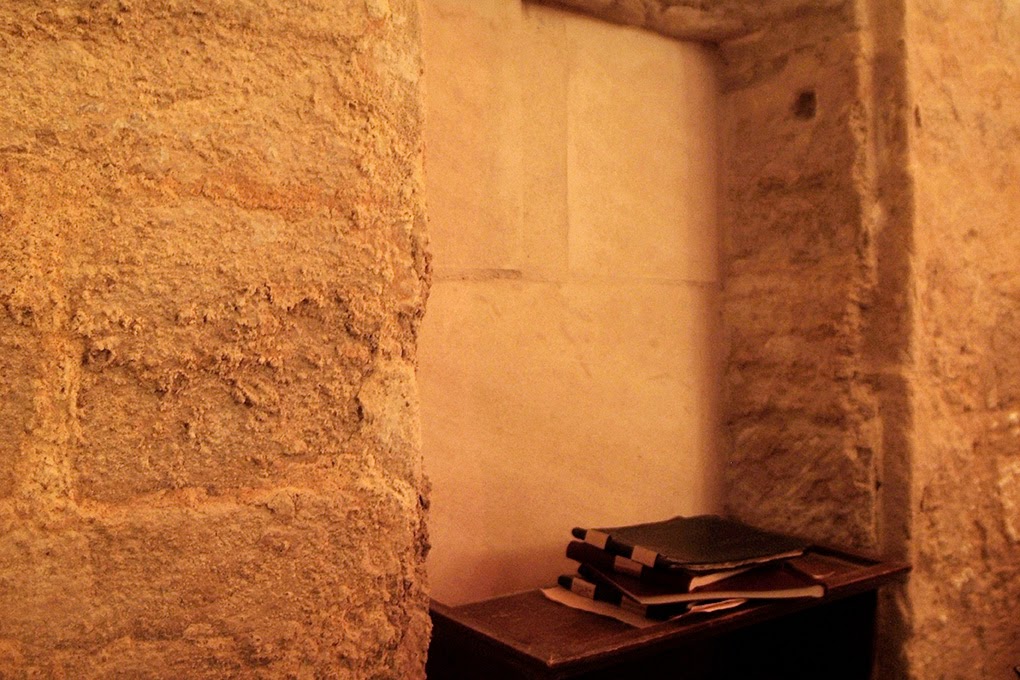 ...and yet the well-worn hymnals would lie untouched in their alcoves. For the program, selected by the two young men and ladies forming the group, each seeming to be not more than eighteen, was not at all of a Christmasy nature. 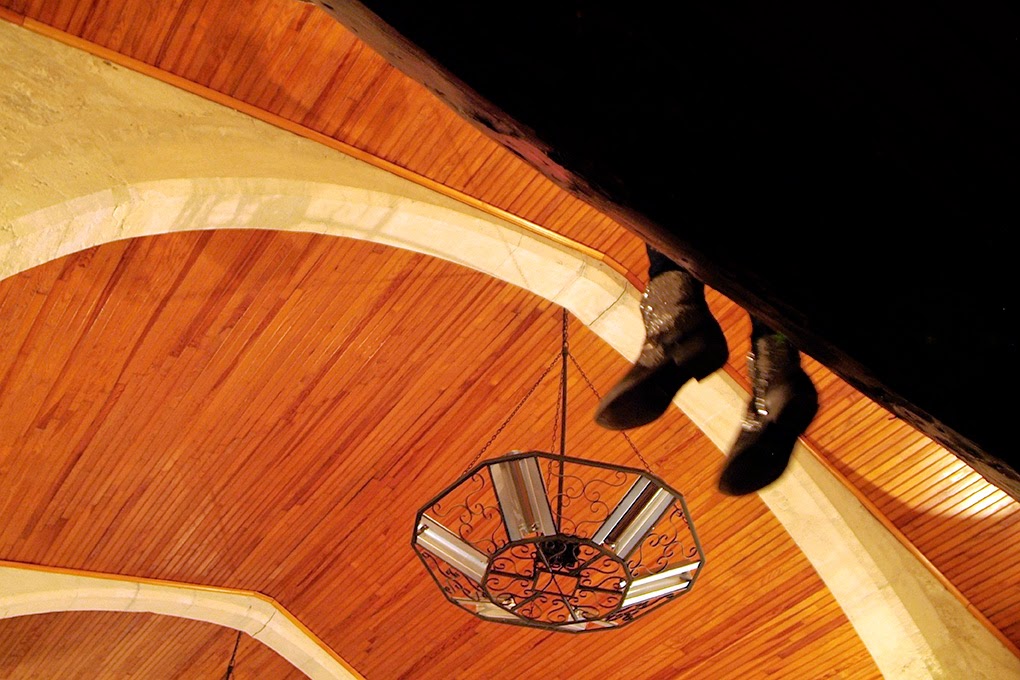 Instead, they proposed a voyage around the world through famous songs and pieces, from Bach to Piazzolla, all played on the punch and roll of the accordion. I could practically hear the audience smiling with delight as the concert advanced and watched as a pair of pint-sized sparkly boots, dangling down from the mezzanine overhead, thumped in time. 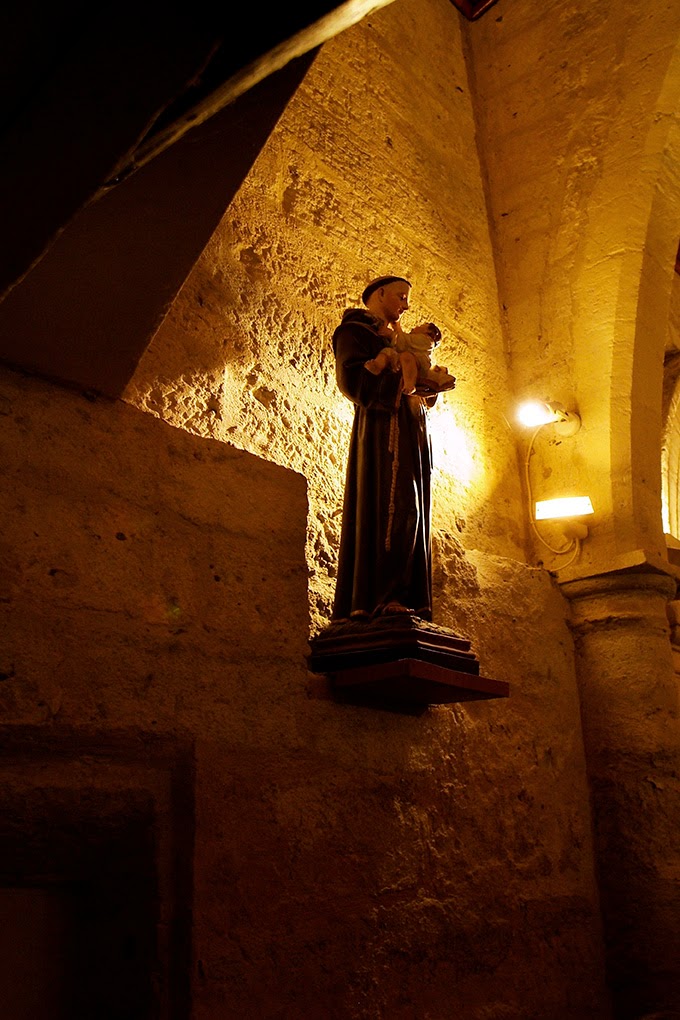 The players were composed and deft. They knew, instinctively or not, what so many had truly gathered to hear and when one of the young women rose to sing Edith Piaf's "Hymn à l'Amour," we collectively held our breath as she reached out longingly towards monumental aspirations of love that she couldn't possibly fully understand at the tender age of fifteen. 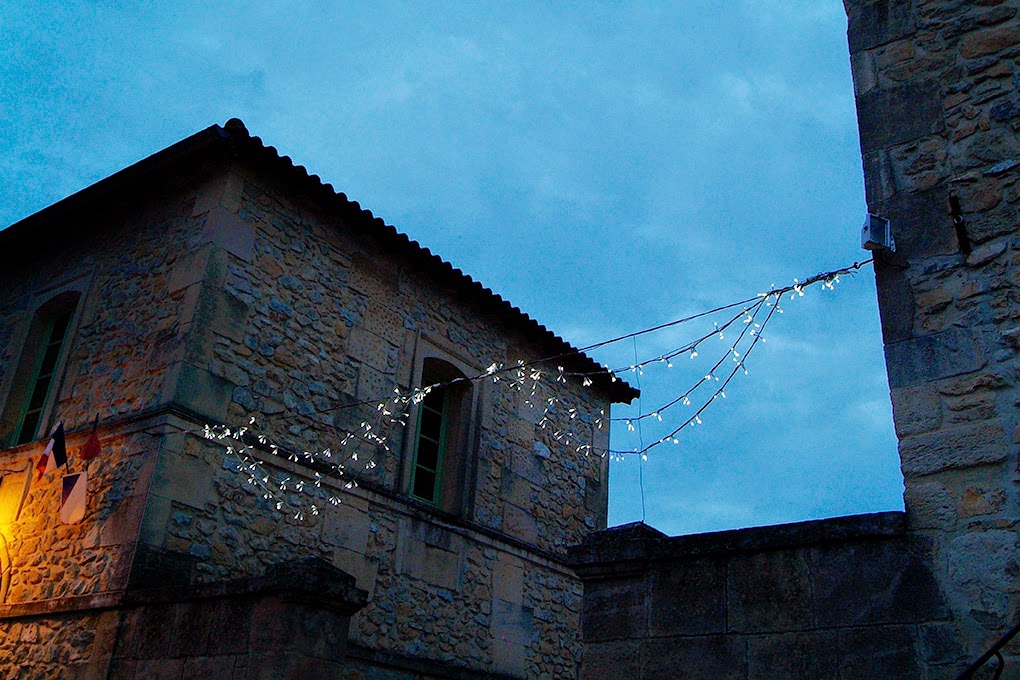 At the end of the final tango, the audience rose to their feet, applauding in time and then erupting in chants of "Edith Piaf! Edith Piaf!" until the quartet appeased their wishes with yet another song originated by La Môme. Arms were draped around shoulders of loved ones and soon the audience began to sway, then sing along, softly, reverently for a France that was and still is. Their voices echoed against the stones after the last note. My heart was brimming. "Je suis en Provence et je suis fiere d'y être." 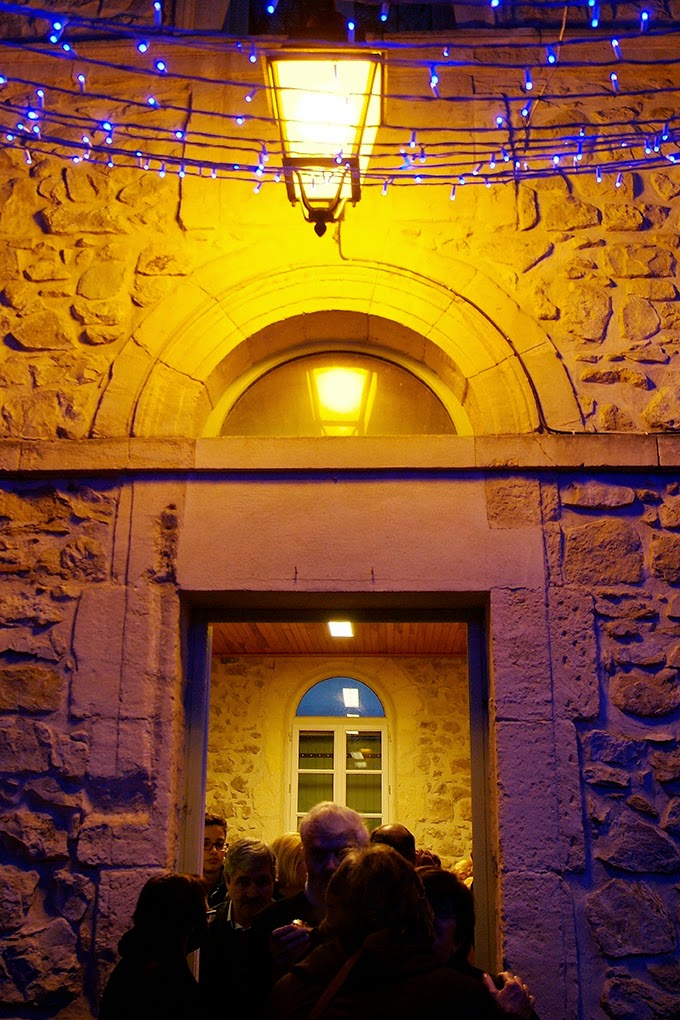 For this final post of the year, I leave you with a song, the very one which the lovely young woman to be sang with such simplicity during that Sunday concert in the countryside of Provence:

With all my Very Best to you as we bow out of 2014 with a regard of attentive hope towards the New Year,
Heather

PS. Remi kindly pointed out that I hadn't included a photo with the musicians. That has been taken care of and hence the update...
Posted by Heather Robinson at Monday, December 29, 2014