Leaning into the season 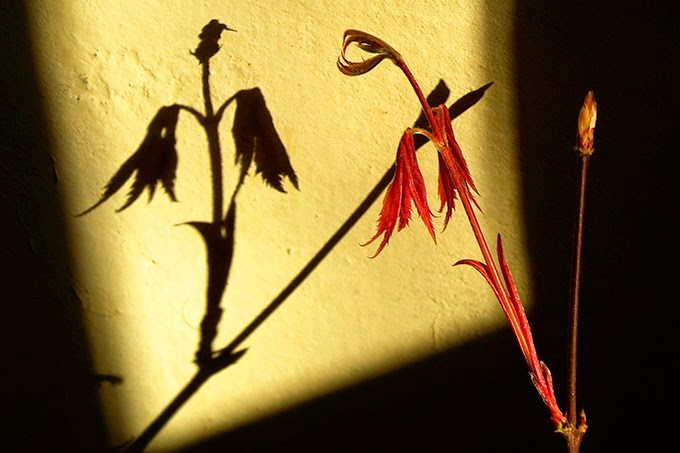 The web of my dreams held me pinned to the bed. With eyes blinking in the dim light sliding beneath the closed shutters, I replayed them, films fluttering. What is it that my mind has been trying to work out? Each night my dreams have been especially long and detailed and I find a thread through of a dose of glamour in them and know that I must be missing that in my vie quotidienne. A bit of something bigger than my daily life. And so I am late in rising and cursing myself for it when the bell rings repeatedly and urgently at the front gate. I throw on some rain boots along with a jacket over my shoulders and open it to meet an agriculteur who is going from house to house selling en gros or stock portions of homegrown potatoes, apples and carrots still covered in mud. He keeps repeating that the potatoes will last until June and that the apples are delicious. I ask him to wait and run back into the house to grab a ten Euro bill. When I return to his truck, demanding eagerly what can I get for that amount as it is all that I have in the house, he replies, "Rien" and turns his back on me abruptly to start knocking loudly on the next door.

Luckily, the dogs understand that for once the morning walk will be for me. I stride fast and long to release the anger bubbling after that snub until I reach the area that I call the Pines. They whisper to me, "Shhh, shhh." I stand still until I hear it. On the way back, I am cheered by the sight of Mr. Heron, who has earned his title as he is by far the largest and proudest of the birds in the neighborhood. Upon seeing Kipling, the barking rascal, he takes flight with throaty dinosaur clicks but I take it as a sign of good luck as I always do, a coin to put in my pocket.

But it is upon climbing back up to the first floor to finally make the bed that I am given the gift, one that stops me in my tracks. For there on the landing, on the branches of the small Japanese maple that we had brought inside too late and feared for dead...are several pale pink leaves...that have sprung up overnight. "They really weren't there yesterday," I keep reassuring myself but yet here they are. Here they are. I call out to Remi, "Do you want to see something amazing?" He walks towards me with a blink of surprise as to what that word could describe but when he sees, he smiles.

I have been thinking about the importance of the seasons as of late, especially after having finished reading the very fine "Animal, Vegetable, Miracle" by one of my favorite authors, Barbara Kingsolver. It is a non-fiction book in which she describes the choice that her family makes to eat only locally for one year and largely from the produce and poultry that they harvest themselves. It is an effort both harder and easier than what we might imagine, especially as, similar to the art of waiting, many of us have simply forgotten what it is like to do so, not to mention how dearly it costs the planet - economically, geopolitically and culturally - to buy those out of season foods that have to be flown in from so far away. Remi and I have been making a greater effort to buy locally for some time now but it is interesting to think about eating seasonally as well for our bodies know what we need when, instinctively, if we only listen.

And that also goes for our inner world, including the need for extra sleep and dreams. I don't often mention my depression here as it is something that I have lived with and manage since a very long time but it is always at this exact time of year that it slides with the precision of a clock into something a level deeper. That too is to be heard, acknowledged and even respected. There is a time for everything, we all have our seasons within us and yet we often live so mindlessly globally in our current society that we glide somewhere up in the skies of 'all the time and everywhere'. I say that even while nodding knowingly towards my friends in the Southern Hemisphere who are gearing up for the end of summer. My posts have become more verbal and less visual than usual (not to everyone's tastes, I know) as I prepare for the action that is coming soon. For here we are in mid-February and already, we have a bit of spring reaching towards us tenderly through the bare bones of winters remains. And that strikes me as quite honest, somehow. May those baby branches continue to grow... 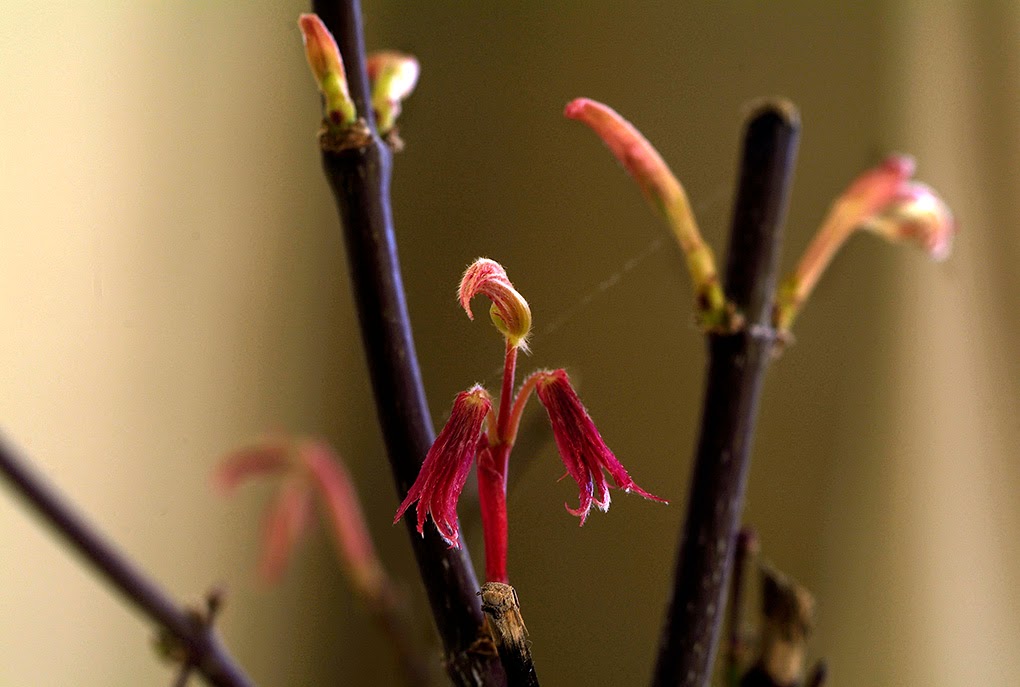 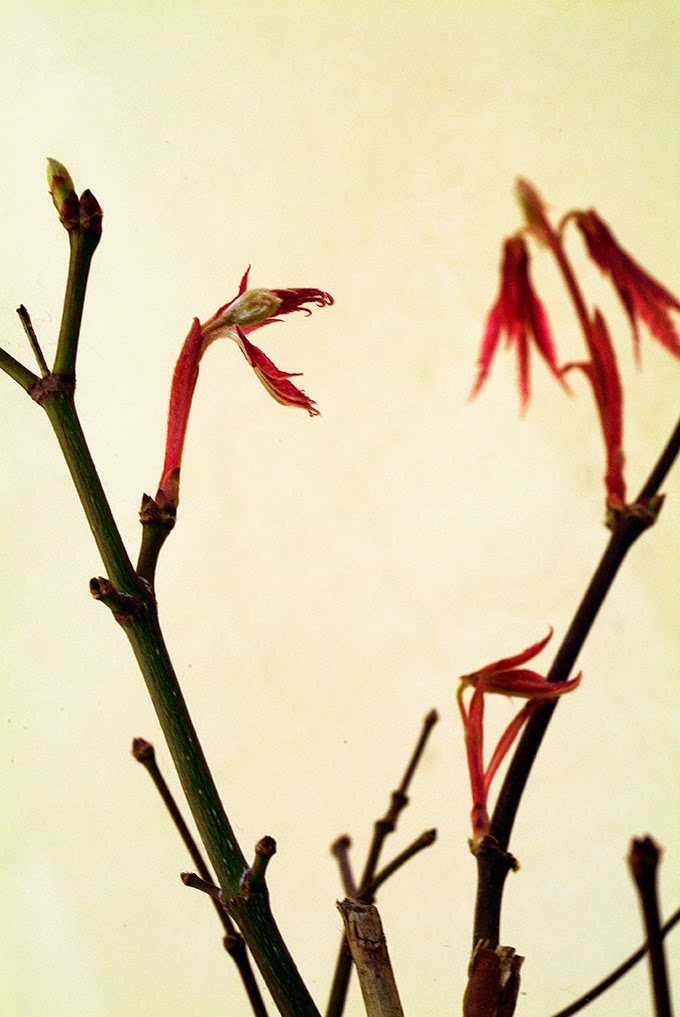