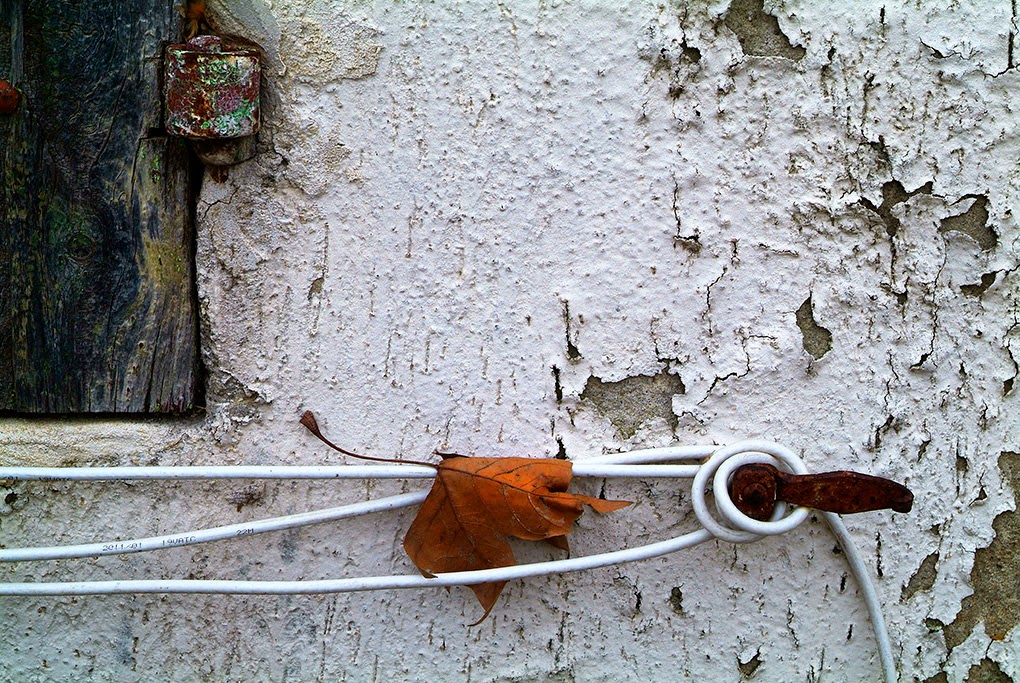 "Bon-jooour..." It is the trilly sing-song I let out whenever I enter a boutique, up an octave from how I normally speak and nearly a parody of a hello. It is a learned habit, this greeting and so that is what I do. Upon entering my doctor's office for a routine check-up, I lower my voice to a near whisper but still, I trill, in recognition of my fellow patients as it would be a sign of poor manners not to. This morning, the minuscule waiting room is surprisingly packed with only one seat available. I slide into it and that too is done nearly as a pantomime, a little bent over bow that implies, "Of course I will get up if anyone needs this chair more that I do." It won't turn out to be the case.

My eyes flit quickly around the room and then, as the good former Manhattanite that I am, I take out my phone to busy myself. Shield up. I don't know anyone here so there is little risk in being caught up in a knit of Provençal gossip that doesn't interest me. But still, my thumb slides and my pinky taps until I realize that no, there really isn't any internet connection amidst the thick stone walls of my doctor's 17th century hôtel particulier. I slide my phone back into my purse and try not to mentally redecorate the clash of the yellow and blue flowery wallpaper above the gray and red floor tiles, as I am always want to do.

Across from me to the left, a businessman shifts his weight uncomfortably as he tries to balance a laptop on his knees. He coughs repeatedly into his fist and it sounds like the crumble of dry chalk. Across from me to the right, a Mother tilts her head towards her son, thirteen-ish, who is perched next to her with his fingers interlaced between his knees. At her touch, surprisingly, he doesn't jerk away in adolescent discomfort but leans into her and they begin a conversation at a near rapid fire pace. While unable to discern their words, I can tell that the Mother is British (it flits through my mind to present myself as Anglophones are rare in Arles but I don't want to interrupt) and that the two are life-saver close. The boy looks slightly embarrassed each time that the same chalky cough escapes unwillingly from his lips.

To my immediate left is another boy, slightly younger than the other, sitting across the room from someone he treats too disrespectfully to be his Mother (this is France after all). Feet swaying, he fidgets in his "adult" chair, pulling at his lower lip constantly, snapping it like a rubber-band. After the other boy has been swooped into the doctor's office, he starts to hum loudly, tentatively laying his claim as King of the Waiting Room and then burps out something like a rap, a reprise of a song to which he has never understood the words, one that is punctuated from time to time with the cough. Giving up, he grabs a pocket video game and starts punching at the screen with fixed intention, his face skewed tight. His "aunt" (let's call her that) straightens the newspaper that covers her face with a thwack.

And where am I in the midst of this staccato symphony? Of course my hand immediately reaches out to the well-worn pile of Figaro Madame and Paris-Match magazines next to me even though I know they don't interest me; fingers flipping, flipping only to pause at one spectacular photograph of a pair of ballet dancers on the roof of the Opera Garnier in Paris, the woman lifted in an arabesque and seeming to soar over Paris. But even that, the beautiful impossibility of it, guides my hand to discard the magazine in one direction as my head turns away to the other with something between a sniff and sigh.

What if...I wonder...what if I just...waited? Like we used to do. Do I even remember how? I fold my legs, one over the other in a slightly posed posture and try to settle in. Patience, patience...has never been one of my strong qualities. I want to blame my redheadedness but that isn't quite honest either. So I try to be quiet and soon I can feel my bones drop down a little, soon I can hear my breathing. Eventually, my gaze softens and I feel almost invisible. How ironic that just waiting, this rarity that we try to avoid at all costs, could become something like meditation. That certainly hadn't been my goal. And yet "Nowhere to be, nothing to do" used to be a precious reward...or at least one that our parents, no, our grandparents thought worthy.

It is forty minutes later when my kind Doctor's arm swoop stops at me. I gaze at her and rise to follow as if awaking from a short sleep. "I see you have du monde today," I offer up with a tilt of sympathy as we step into her office. "Ah yes, there is an épidémie de grippe, " she explains while closing the door behind us, while outside the muffled symphony plays on.