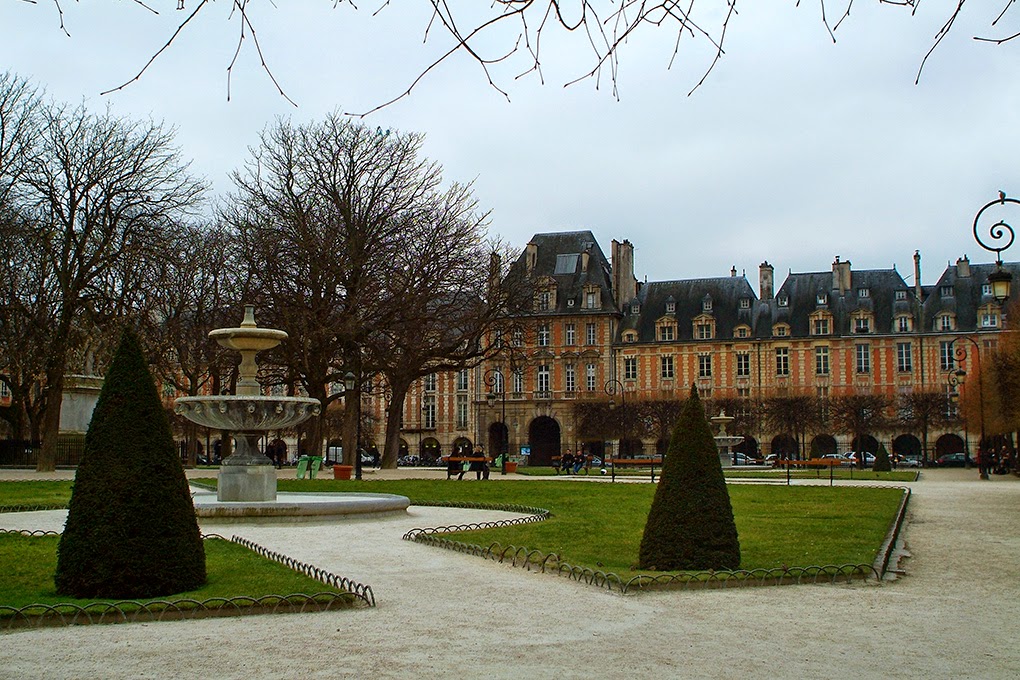 Paris can impress, even on the best of days.

I needed to find the eye in the storm of the energy swirling around me and to get reacquainted with her under the best of circumstances. I had to remember...je connais cette ville, ça va, respire...I used to live here, I am no stranger. 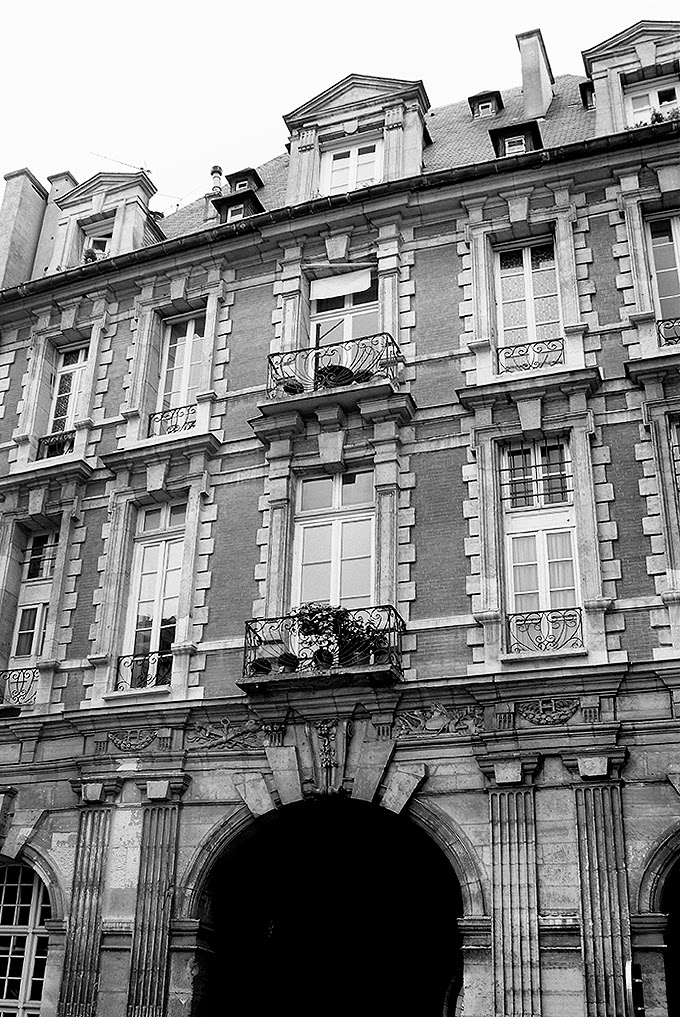 But the truth of it was that I was also quite nervous about meeting my friend. Taking that leap from virtual to real makes my heart pound even if it is someone that I know I will adore ("but will they feel the same about me?" I always wonder). I am shy. 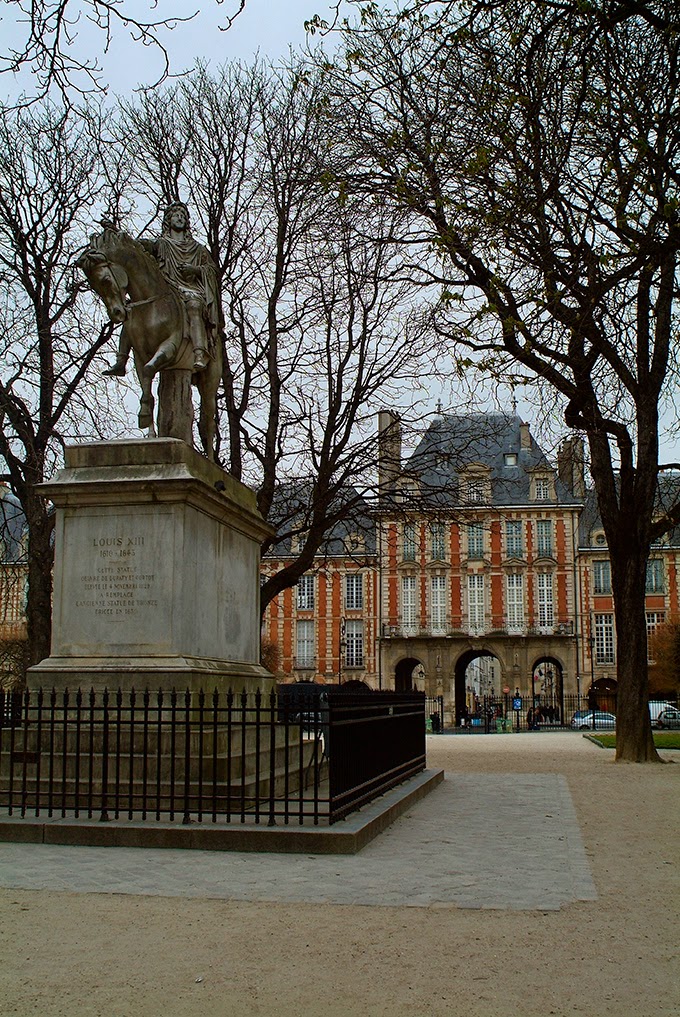 And so I bought my metro tickets while still on the TGV in order to directly hop on the 1 after weaving my way through the madness of the Gare de Lyon. In only three stops, I had arrived at the Saint Paul Station. I turned down the rue Saint-Antoine and tucked myself under the arches of the Place des Vosges.

Voila. An old friend was right in front of me and I sank into the closest bench with a sigh of relief.

It has always been one of my very favorite endroits à Paris. The architecture of the Palais du Louvre is magnificent but so grand as to be overwhelming - that was the point. I think that Henri IV had a far better scheme in building this royal residence, even if he did not live there. I wonder what it could have been like for the court if he had. How they would be able to keep an eye on each other from across the square, what intrigues would be laid out under the vaulted arches. And how lovely it must have looked at night with the hundreds of bougies burning in the multi-paned windows. I can almost hear the click click of 17th century satin shoes sashaying across le parquet... 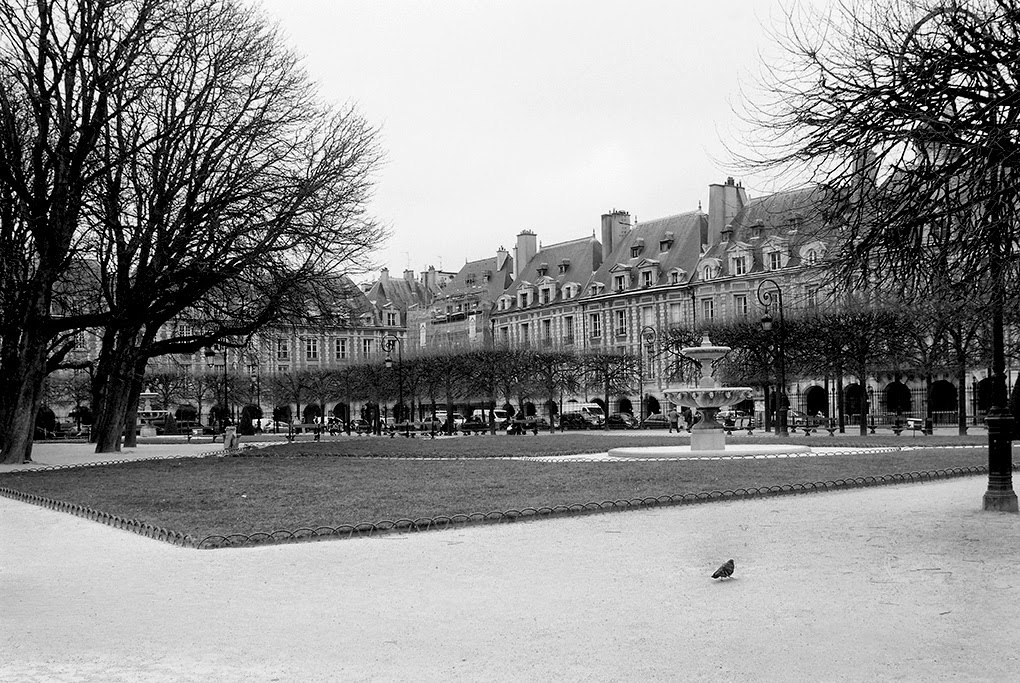 My reveries were rudely interrupted. It was the lunch break for the nearby college and a group of ten young ados started boisterously competing for a game that might well have been called "impress the tourists." It wasn't the only time in the day when I would be surprised by French teenagers acting surprisingly...American. How time passes. Or does it? I looked at the scene in front of me, changing and unchanged from when I first visited so many years ago with my family - when the Marais neighborhood in which it resides was still quite scruffy around the edges - and then yet again when I moved to France to live with Remi in 2001. 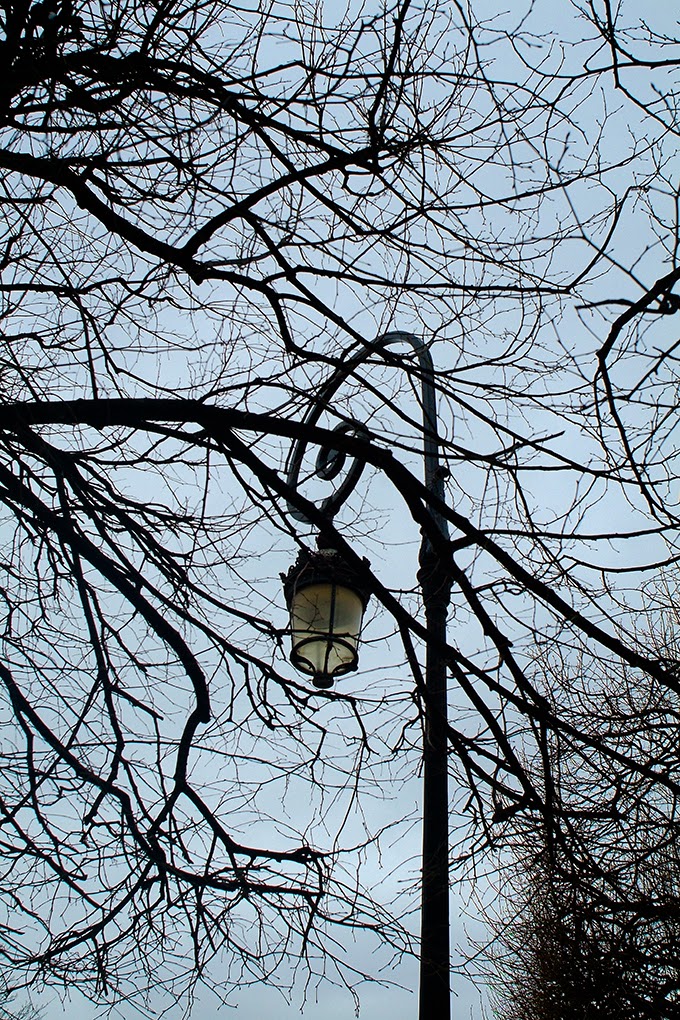 How different it was because how different I was as I projected my dreams upon the landscape. Nearly fourteen years ago, I would take the metro directly here as well from our apartment in the suburbs to sit and ponder - despite the enormity of my Love for Remi - the adventure that I had thrown myself into by moving to a foreign country where I had no words, none in French at least, to describe the complexity of what I was feeling. Within the confines of that square, neither too big nor too small and soothingly symmetrical, I felt protected and halted in what at times resembled a free fall into the unknown.

And in 2015? I became so still as to no longer be of interest to the young men jumping from bench to bench until I blended into black and white, a part the scenery. Once so calmed, I took stock and realized that I was contented as well as reassured. My sole agenda was simply to enjoy with something approaching an ironic distance...sans l'amertume. No bitterness or confusion, none at all. My life is elsewhere now and I have the words. I gathered myself around me, tight like a cloak not an armor and with a silent merci let the gate swish shut as I left the Place, moving swiftly on.