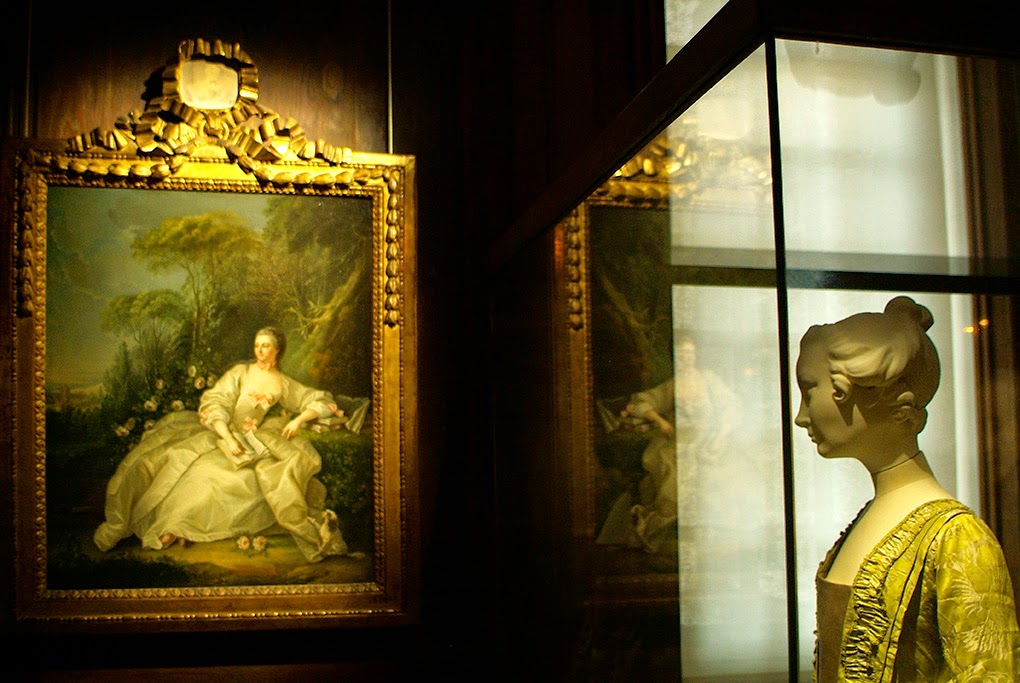 Within their confines, I can focus freely without the push and pull of crowds and each has something unique in perspective to offer while always tilting towards the beautiful. The Musée Cognacq-Jay was one of my favorites while I lived there, certainly as it was one of the least known bijoux of the Marais but also - for a girl who did not have a song to her name - it was free.

It was quite sleepy in those days, so quiet that the guards were often caught nodding off in their perspective corners. Still, I went. The collection, which was founded by the owner of the La Samaritaine department store Ernest Cognacq and his wife Marie-Louise Jay in 1927, focuses entirely on the fine arts dating from the 18th century, the Age of Enlightenment in France. The pieces - including paintings, drawings, furniture and objets d'art - were moved into the 16th century Hotel Donon by the City of Paris in 1990 and there they sat. It was entirely for the visitor to conjure up the romanticism of the period in order to be swept from one room to another.

No more. To celebrate its newly appointed renovation, the museum's directors decided to give carte-blanche to designer Christian Lacroix. The irony that I would be spending some of my precious few hours in Paris seeing the work of Arles' prodigal son was not lost on me but I have a great respect for the commitment that Mr. Lacroix gave to the renovation of the Musee Reattu and with the Rencontres International Photography Festival. I knew that I would be in for a treat and I was not disappointed.

The exhibition was, quite simply, one that I enjoyed for the sheer pleasure of the experience more than any other that I have seen in recent memory. It is a beautiful gift when the precise kind of art that your weary heart needs arrives just beyond the range of your tingling fingertips, isn't it? For what was the most interesting to me, the most stimulating, was that, of the 450 pieces on display, 150 were borrowed from other institutions with the express hope of creating a confrontation between the 18th century - its ideals and deceptions - and our society today. Suddenly, the collection is electric and alive with relevance.

Christian Lacroix's signature touches can be seen throughout - from the truly spectacular carpets and wall furnishings that would be worthy of an exhibition in their own right, to examples of his magnificent theatrical costumes - and indeed he was heavily involved in the reorganization of one's visit to the museum as well as the exhibition itself. He has expressed that his intention was not to look at the renovation so much as for a museum but as if it were the house of a collectionneur, perhaps the Cognacq-Jays themselves and it is a concept that exudes great warmth throughout. There was so much for me to take in - the details and the juxtapositions are fantastic - that I could have spent all day in those gilded rooms but time was not on my side. However, I did my best to steady my camera in the often shadowy spaces to try and share with you a bit of what I experienced and I was so gourmande that there will be a second post to follow. Like me, hopefully this beautiful exhibition just might set you dreaming... 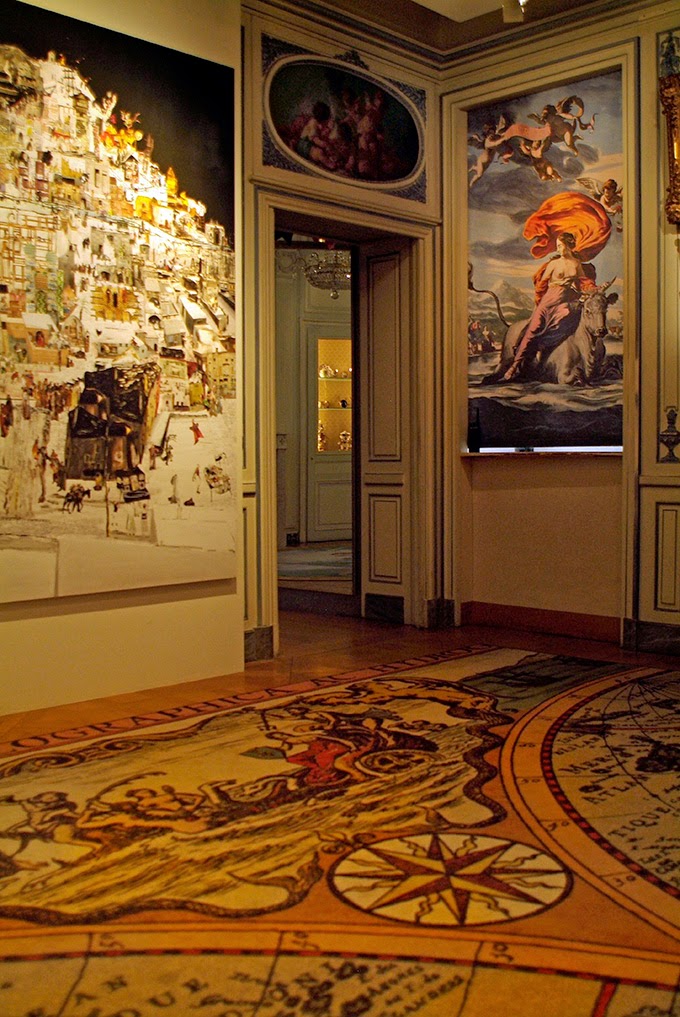 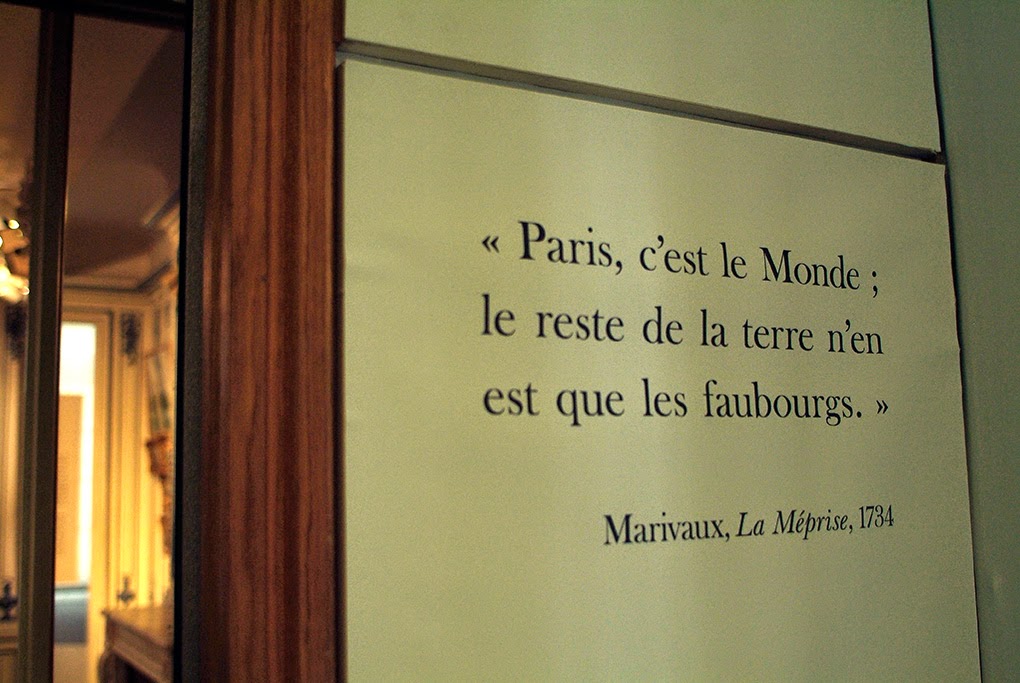 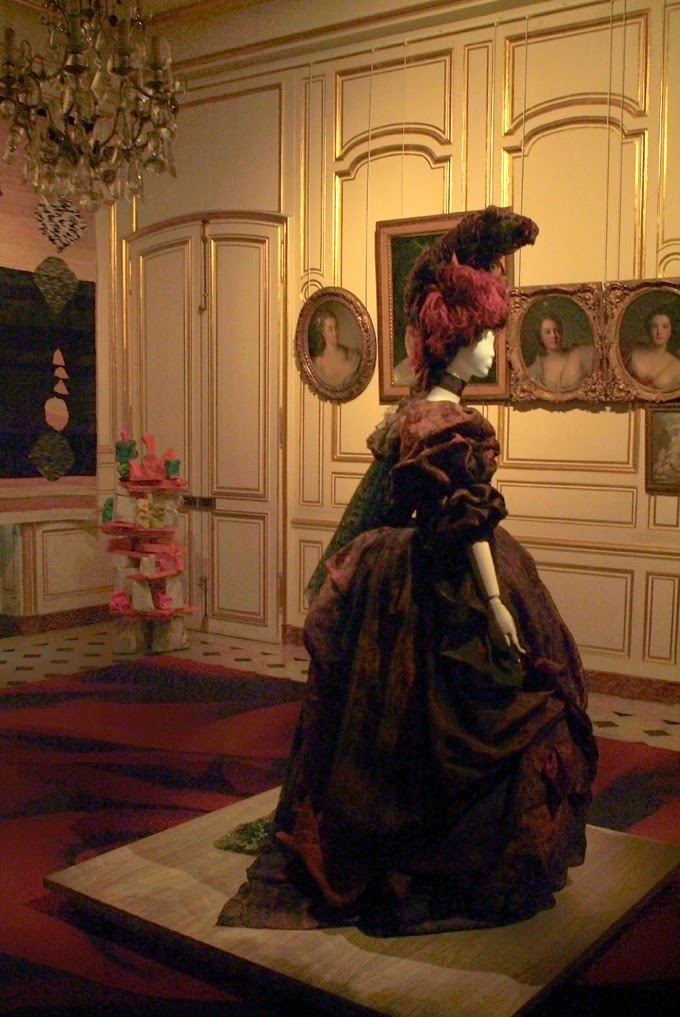 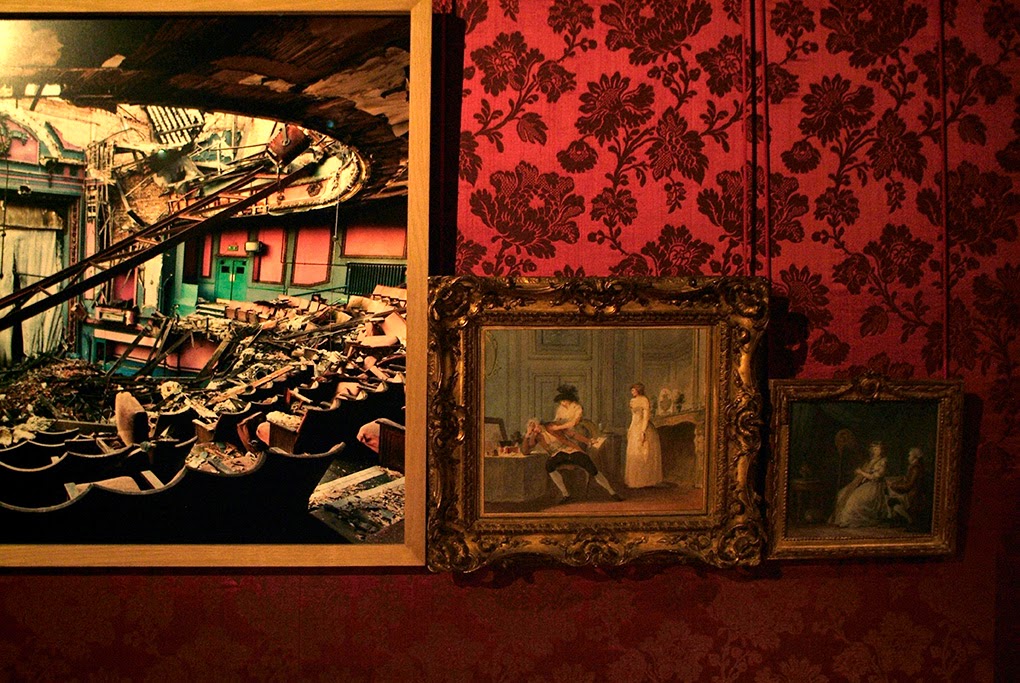 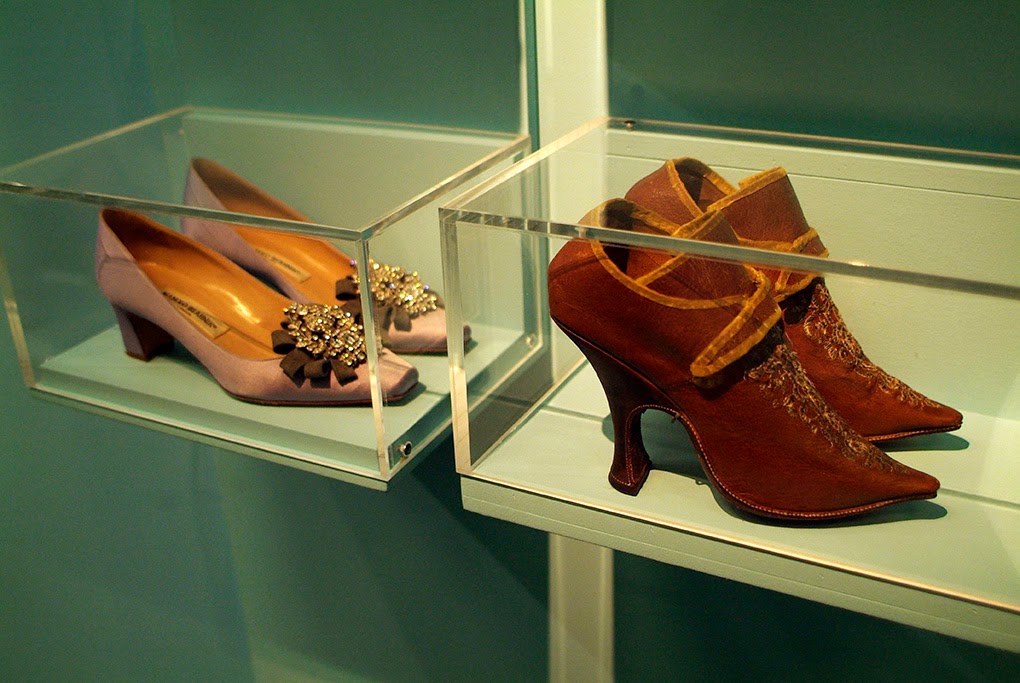 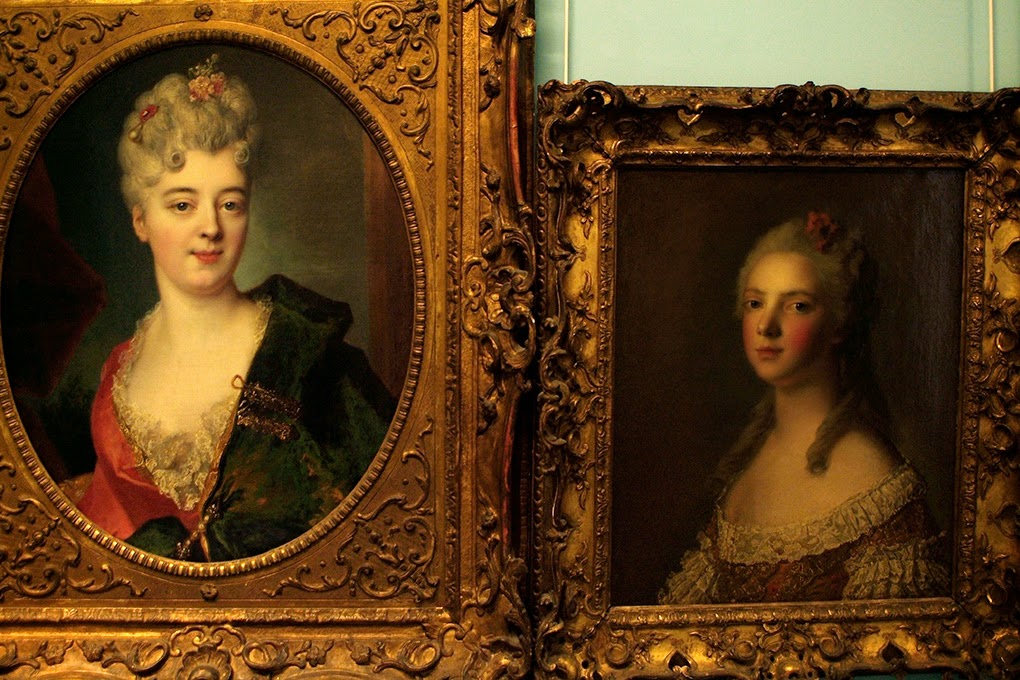 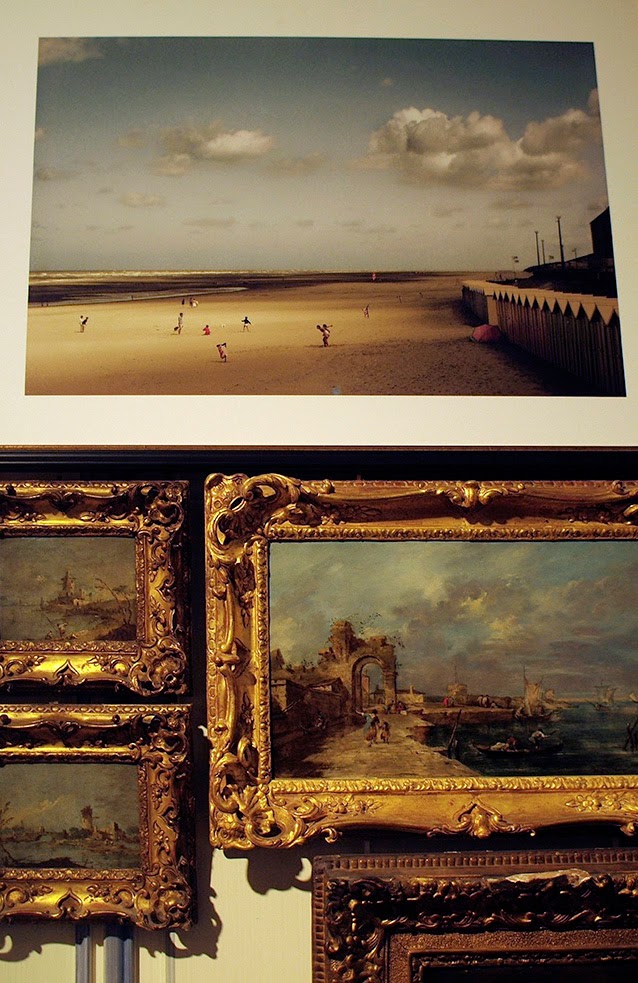 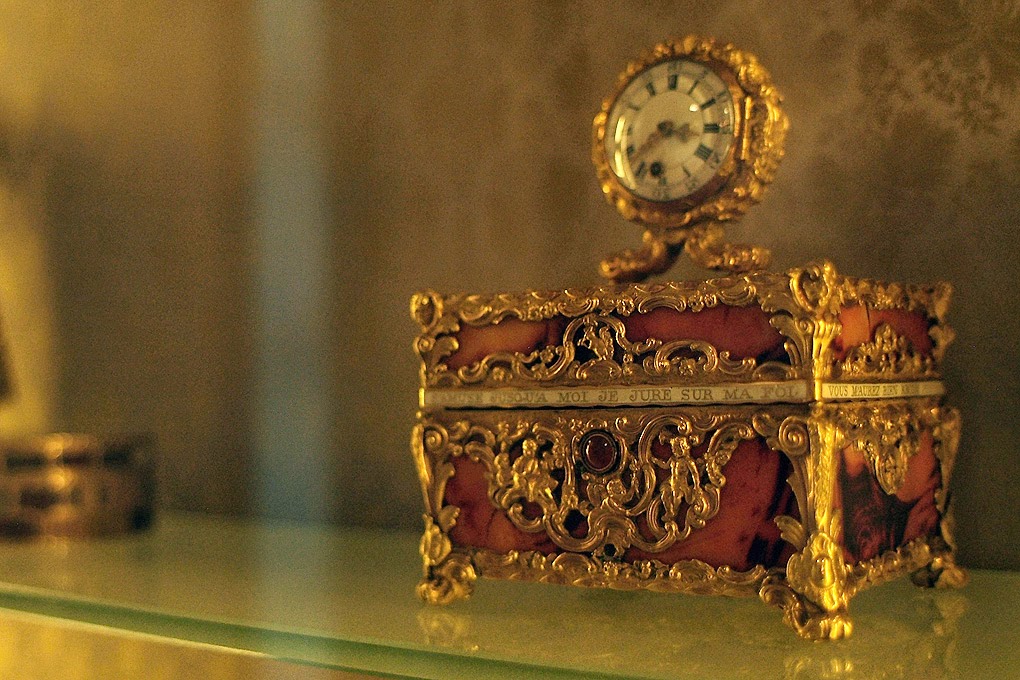 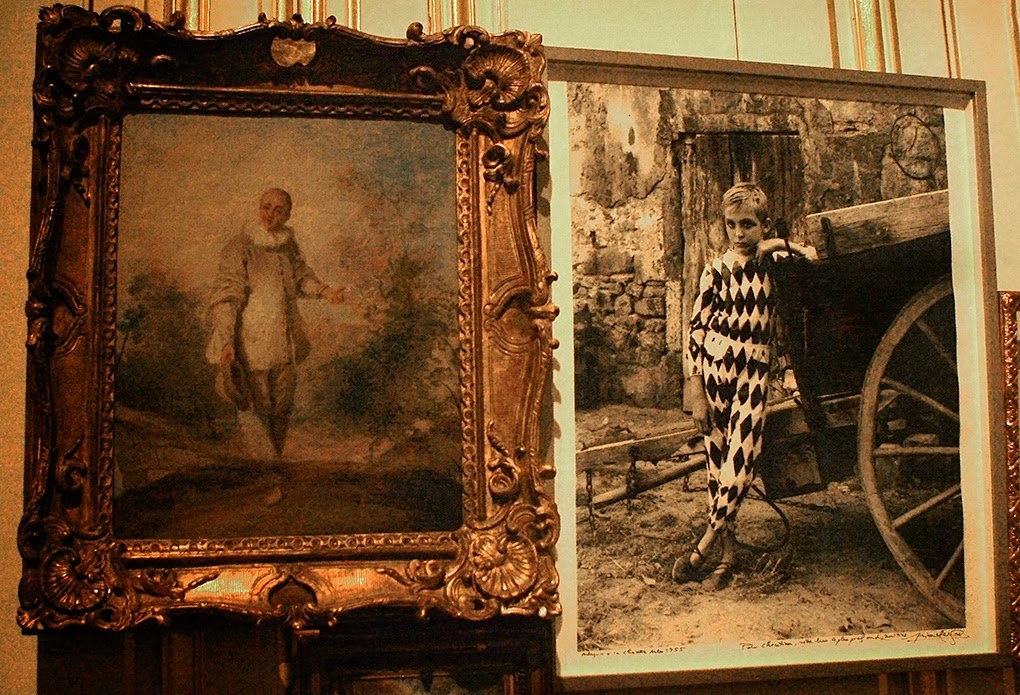 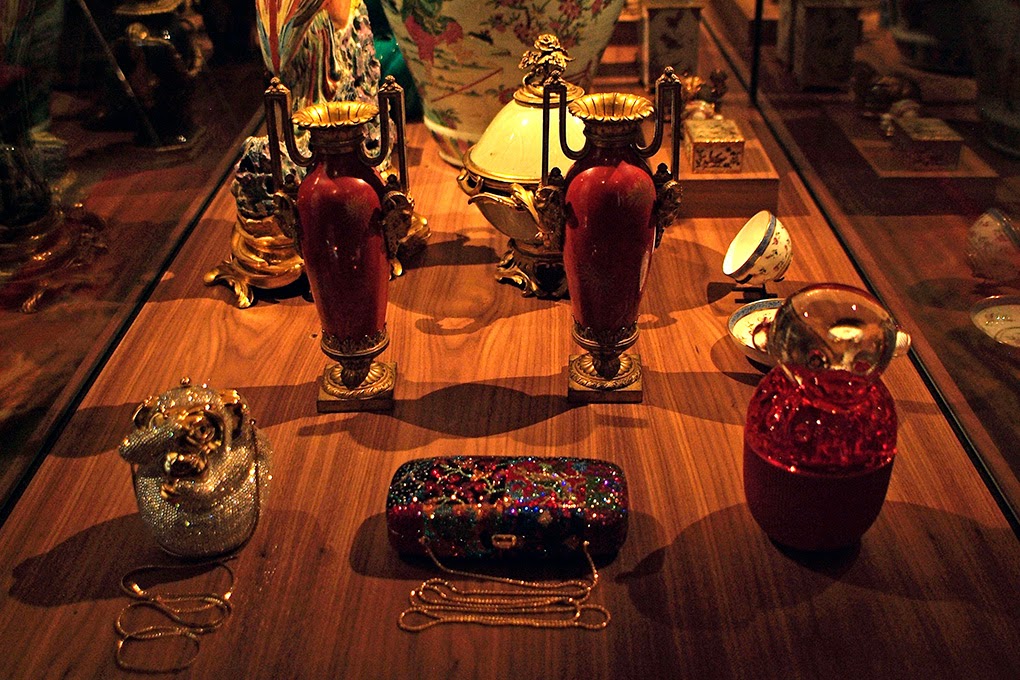 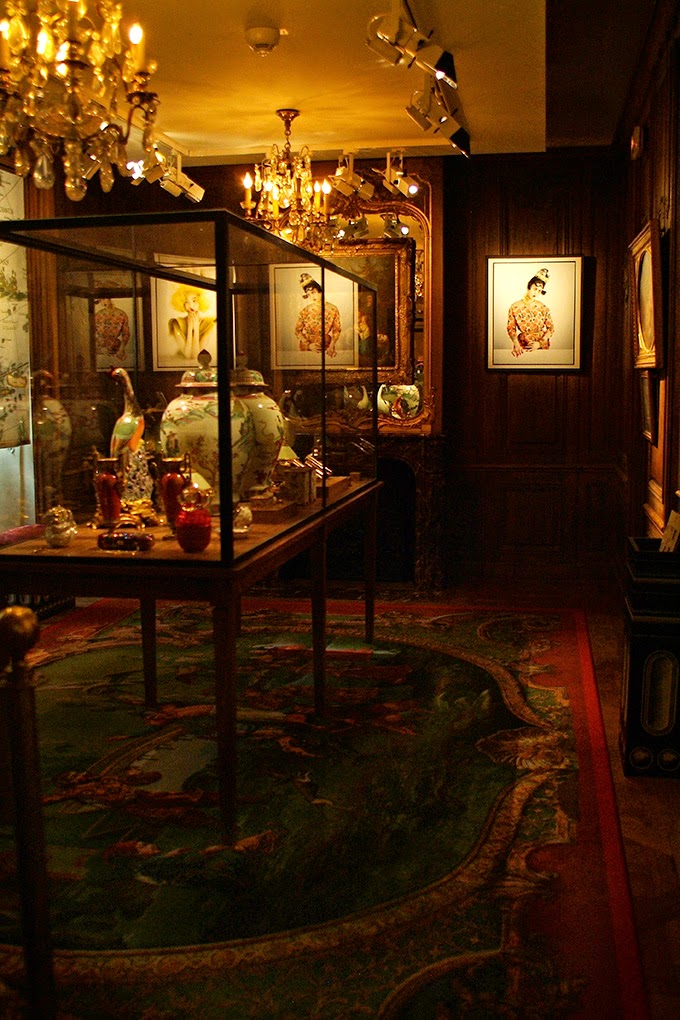 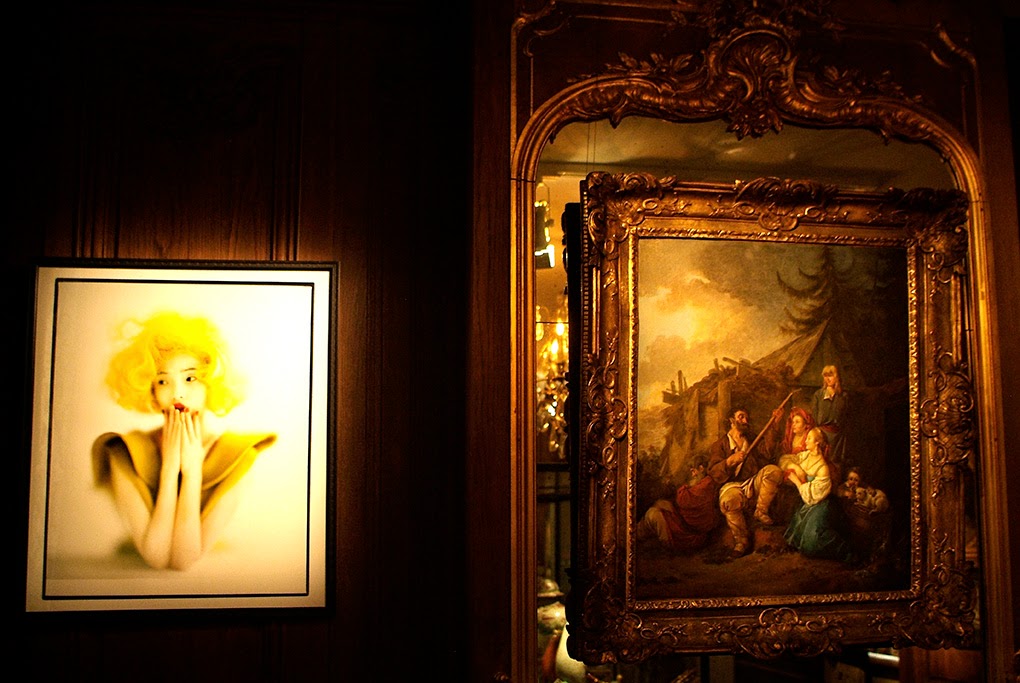 If you happen to be in Paris...go! The exhibition closes this weekend. I promise you, you won't regret stepping into the en(Light)enment. 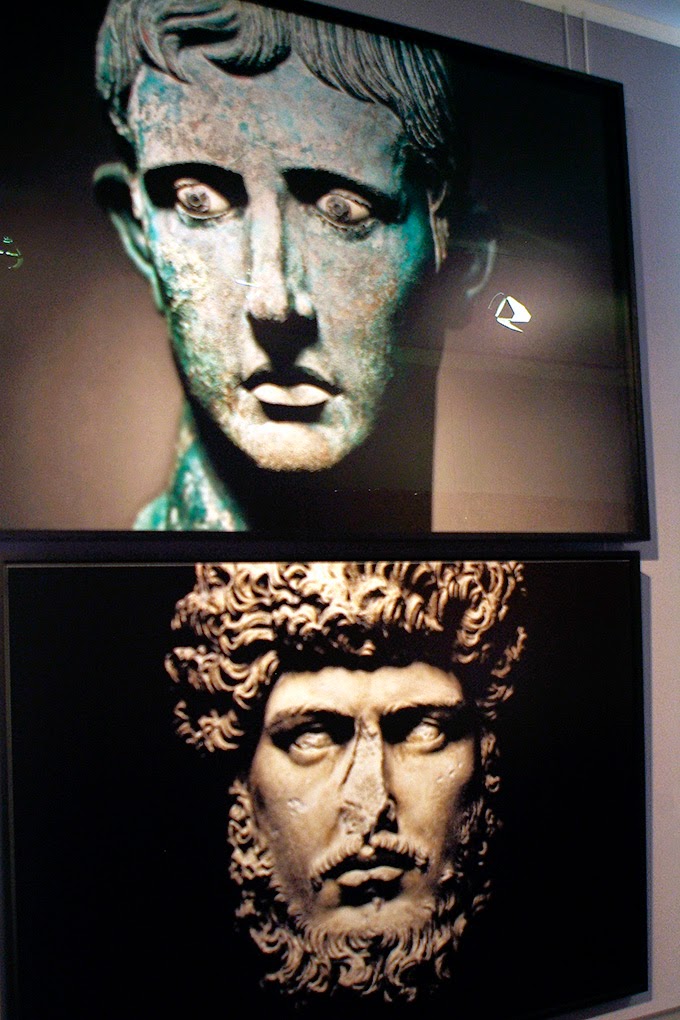 Open 10am - 6pm
Closed Mondays. The exhibition ends on April 19th but there will much that will remain so do go.
Price: 8€ per person.
Unfortunately, the museum is not at all accessible to those with reduced-mobility.
There is app for the exhibition en français. If you are interested, see here.