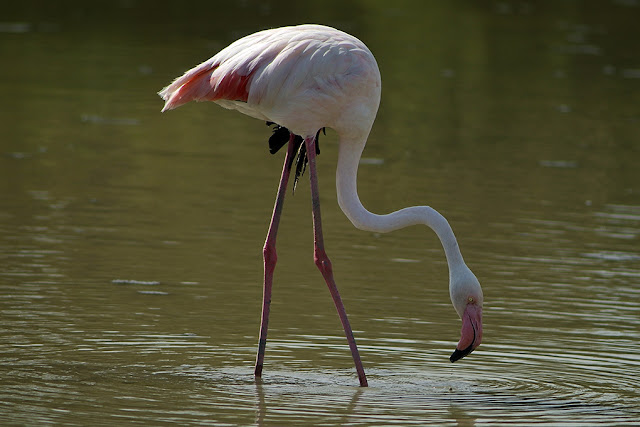 "It was a good day, non?" Remi asked as we settled back into the car. "It was Coeur, it was a really good day," I replied. 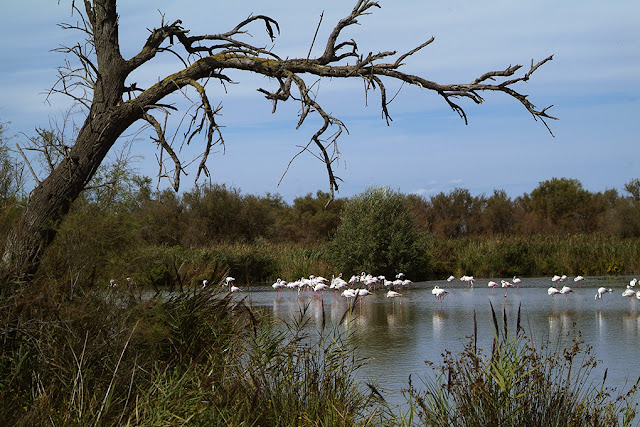 We both were sleepy from the excitement of discovery, kids post-aquarium style and squinting into the rose gold of the sunset as we headed for home. 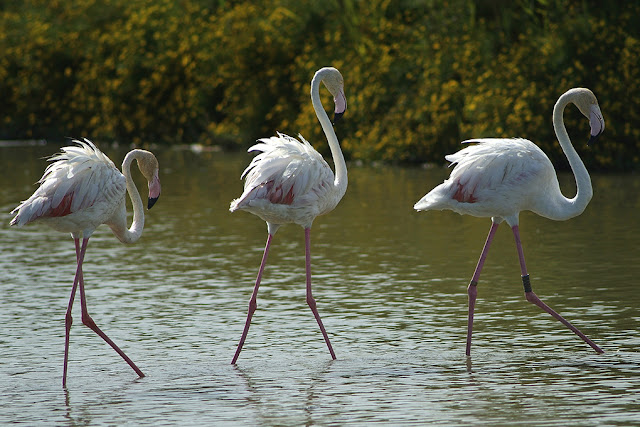 It can be tricky nostalgia, looking back. Even in that word, if you roll it around on your tongue there is a whisper of a warning in it. And yet that is exactly what we have been doing as of late. Spending copious amounts of time on what once was. 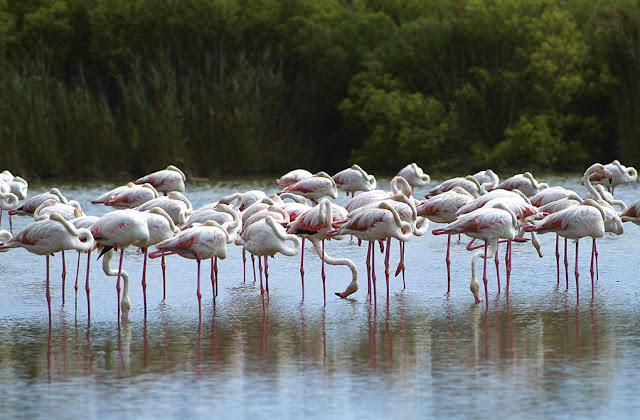 As I mentioned previously, Remi has been doing an amazing storytelling on his instagram account this past month to raise awareness about the importance of protecting our wildlife after the shameful killing of Cecil the Lion.

He is a wonderful writer in his own right, although these days it is limited to instagram. It was because of his capabilities that we were able to convince the magazine Grands Reportages to give me a try just months after my having moved to France by his saying, "If you really don't like what she does, then I will write something instead." He didn't need to rewrite that article and we set off on a series of adventures together that I could never have imagined possible. 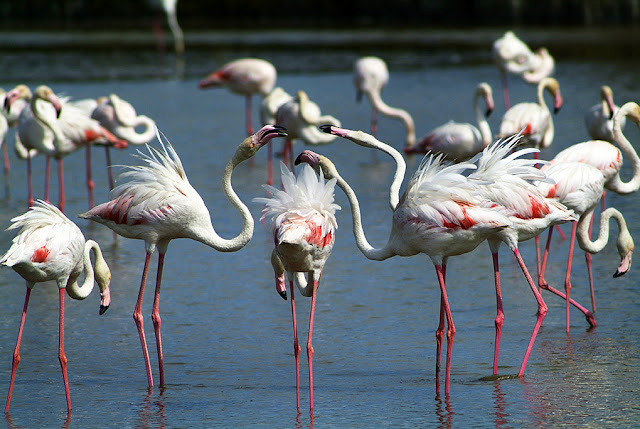 One of the biggest surprises for me - who had still only recently been an "I can run in high heels to catch a taxi if need be" New Yorker - was my astonishingly deep love for being on safari. For me, there is no more direct route to feel one with the blinding bright beauty of our earth. It can be overwhelming and yet utterly reassuring at the same time. "Yes, this exists and somehow I am right here, a part of it. I am alive."

Twice we were able to visit the Ngorongorgo Crater in Tanzania, the second of which in 2006 was for a story that was exclusively on this sunken caldera of twenty kilometers in diameter that is home to roughly 25,000 large animals, a true Cradle of Life. It was an exceptional experience, especially as the authorities had accorded us a few days of rare passes permitting us to leave the road to better explore, to get closer. 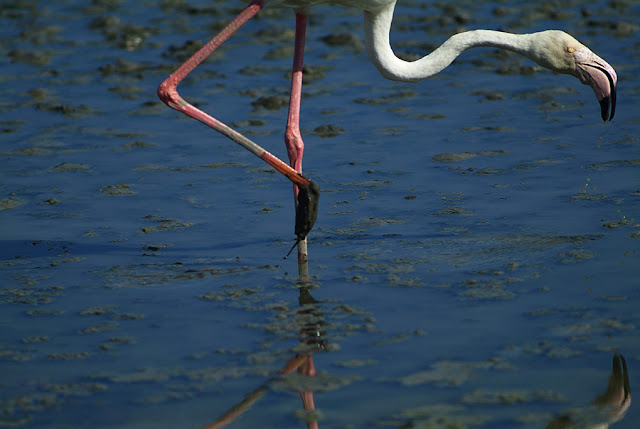 Remi's photographs from that time are exquisite. Looking at them now while he puts the story together has brought out strong feelings for both of us, pride and wistfulness amongst them. Both of us peering back at our incredibly exciting past through the computer screen from the padded quiet of our house in a tiny, sleepy village in a forgotten corner of Provence.

Nostalgia. I said it could be a dangerous word. 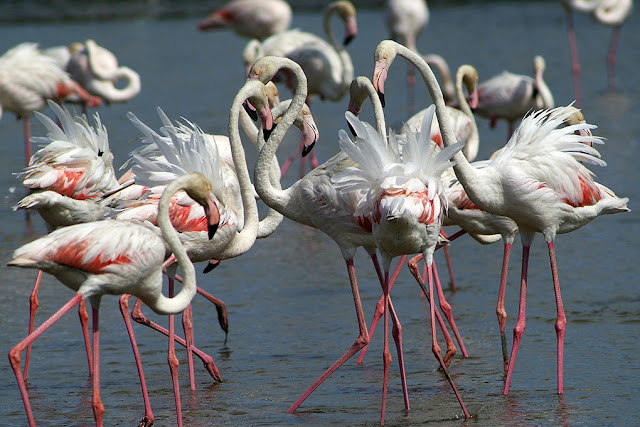 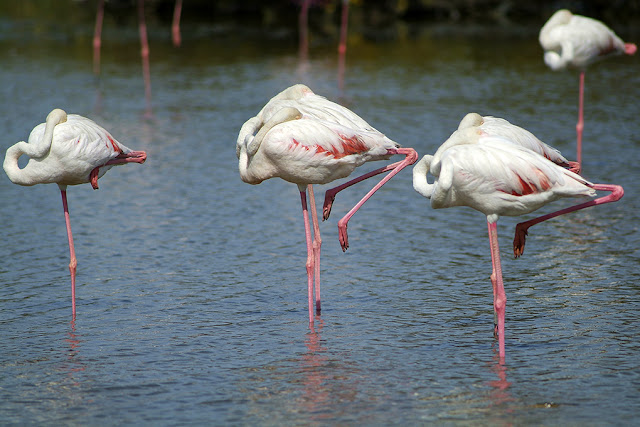 Last week Remi invited me to tag along with him as he made a repérage for another of his photography workshops, this time not in the Alpilles but in the Camargue. It is an area that I am not often fond of in its mix of rough terrain and touristy vibe. And yet, in visiting the Parc Ornithologique de Pont de Gau we were surrounded by both. But I have to say that the experience was...fantastic.

The paths and pass-rails covering the swamps allowed us to walk amidst the thousands of birds - pink flamingos or flamants roses, egrets and herons, just to name a few - and as they are habituated to the proximity of human presence - just like in the Ngorongoro Crater - they don't flee but continue to eat and fish and chat amongst themselves. 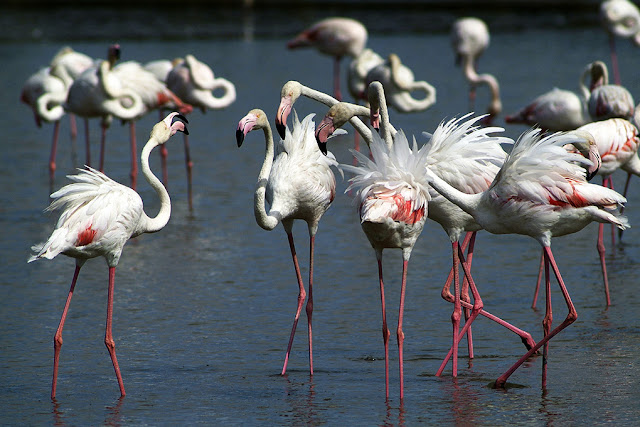 After exclaiming with joyous disbelief, we fell silent with wonder. And then we began to take photographs, both of us aided by telephoto lenses. Mine was a 300mm, heavy enough to make my Olive Oyl arms wobble. Remi was using one of his Leica's - even more monstrous - but after having shot five Olympic Games, well, he is used to it. 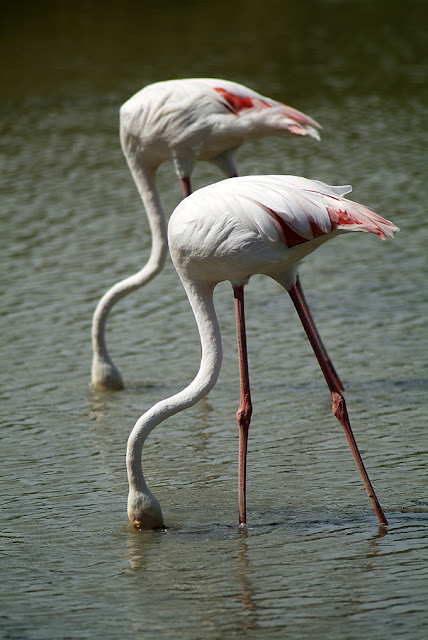 We moved and focused and focused again. Eyes searching wide and hearts leaping until we felt like we were flying on wonder - that same exhilaration we had known before - until we understood that we did not have to go to Africa to experience it. We were still capable of finding it all on our own.

Yes, it was a really good day. 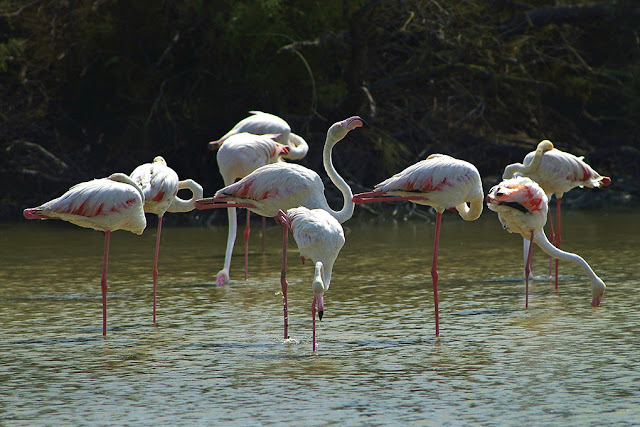 This post was written as part of the series called By Invitation Only which unites a group of bloggers to express themselves on a specific theme. This month a question was asked, "What are you afraid of?" Now, that is a topic that is just across the border of what I am willing to discuss here literally. But there is one thing that I can tell you that I have always been afraid of: stagnation. Amongst the glorious birds of the Camargue, I found a way to keep growing, to keep moving forward, open.

To discover what the other bloggers have written on this very challenging theme, please find the links by clicking: Here. 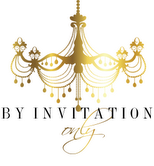 As always, thank you for being here.
With my Best from Provence,
Heather 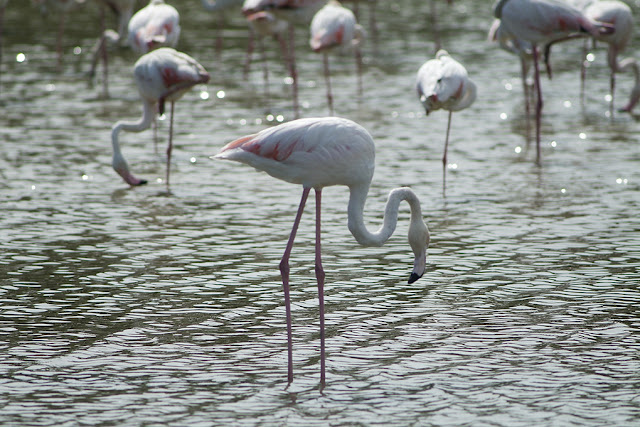