The blue rooms - part one 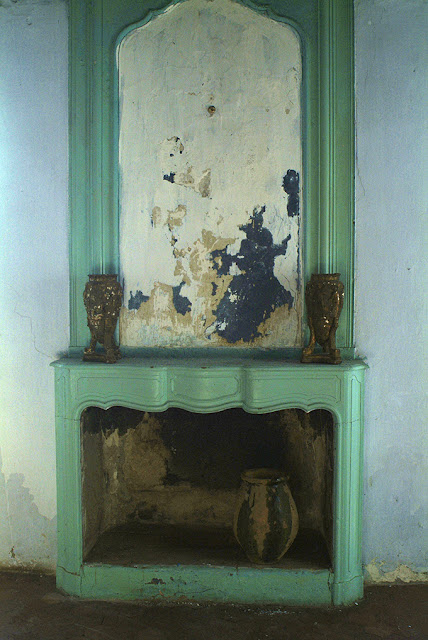 My friend Anthony kindly placates me in calling it "your room" - well, at least he does when I am present - for he knows it is my favorite in the house.

A quick left at the top of the first floor landing and the space opens up like a dove being set free from a cage...out towards the elongated windows whose shadows ripple with the bumps of the original glass... through the French doors and on to a wrought iron balcony overlooking the garden, one where I can picture myself balancing a tea cup on the railing while my other hand clasps a long silk kimono, chin aloft.

If this room were indeed mine, I would line the walls with bookcases filled with every kind of book imaginable and pile up faded Persian rugs on the floors. I wouldn't need much more in the way of furniture than what is already there, save for a matelas for the Empire day bed, a hidden stereo and maybe a tinkling Louis XV chandelier just because the light would be - so - very - pretty.

Without falling into the tattered traps of Miss Havisham, I could be quite content in such a space and might never need to leave.

But for Anthony, this will not be his "only" room for they found that it connects directly to a smaller bedroom through a door that had been sealed off for quite some time. Wisely, the former occupants left the key for the lock on a peg for future use. Isn't that something? Of course, these days we would have tossed it into a drawer somewhere only for it to be lost for forever. I suppose, when you live in such a house, you tend to think on the long-term.

This little corner of the house also has its certain charms. It wasn't until I leaned in close to the remains of the geometric wallpaper that I realized that it was Cubist inspired and had been of a very fine make. Now, little is left and the wild stripes of the ancient glue have zebraed the walls in somewhat of a mix between Kelly Wearstler and Keith Haring. For now. Something tells me that this patina might not stay and the sad sink centralized between the windows might come down - even while I can imagine someone long ago quietly washing their hands in it while gazing out at the sky. 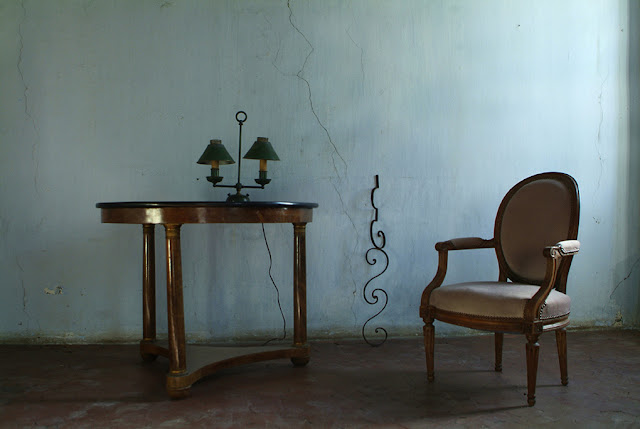 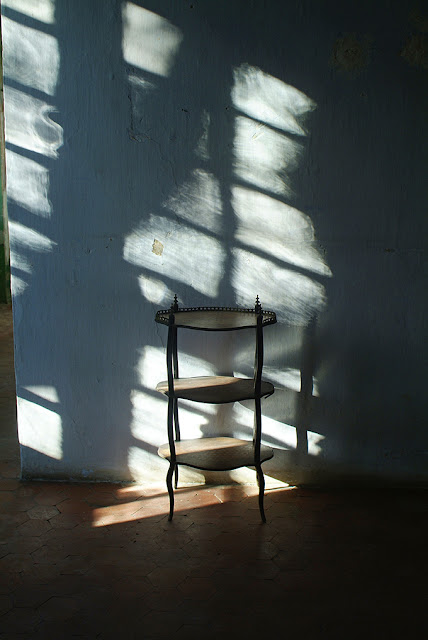 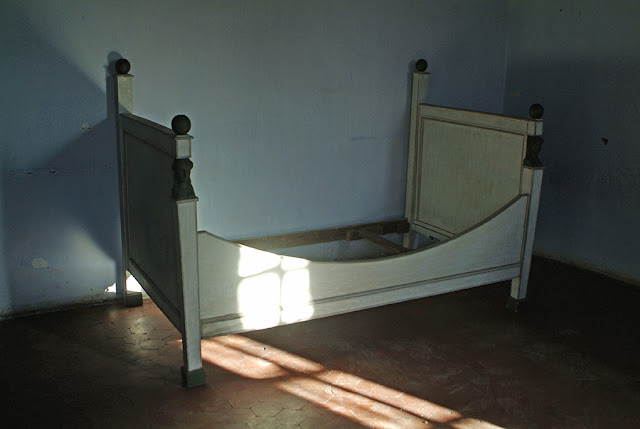 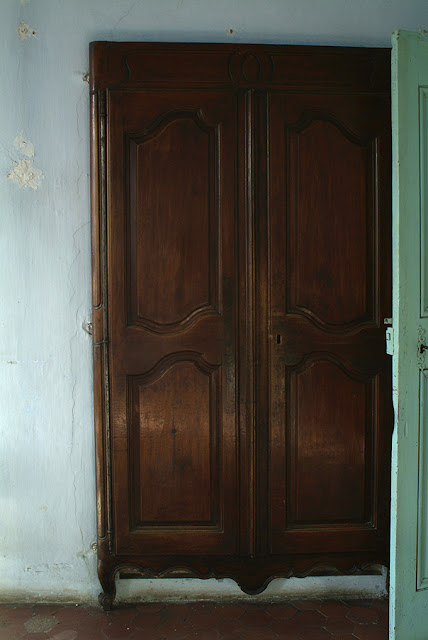 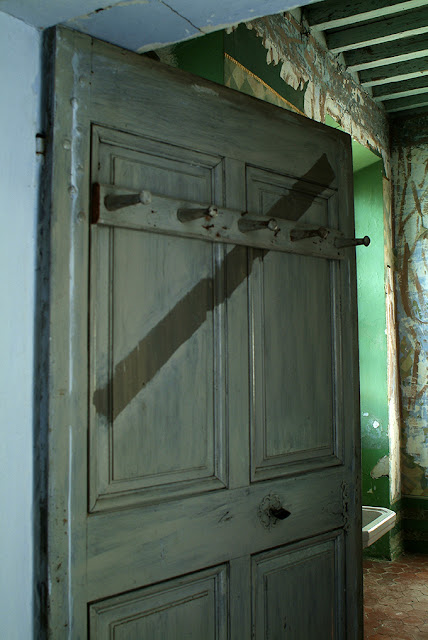 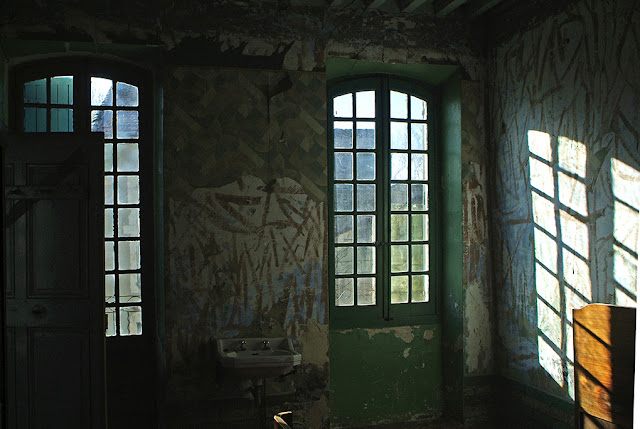 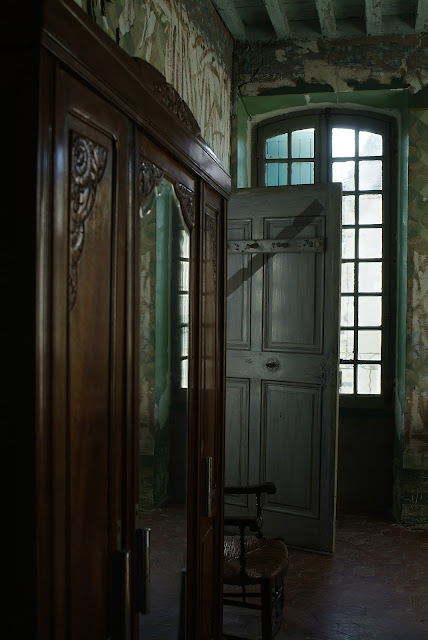 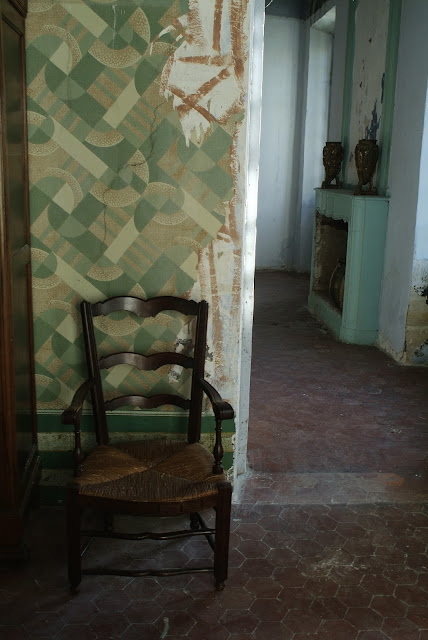 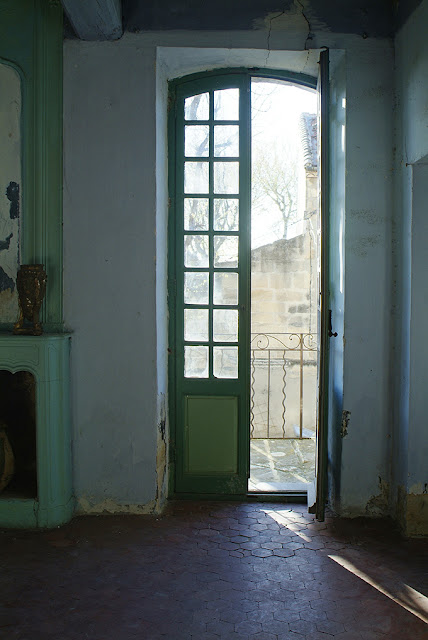 Today is an imagination day. Or a day to "fill the well" as Julia Cameron instructed in "The Artist's Way." So Remi got out one of his many photography books and I read an article on the life of Ellsworth Kelly; interestingly there was enough overlap in the subject matter so that we were able to have a nice exchange. But I have also been listening to the various birdsong that vibrates through this tiny village and delighted in a lone violet that had been forgotten on the walking path.

Are you taking time for yourself this week? The year is winding down. 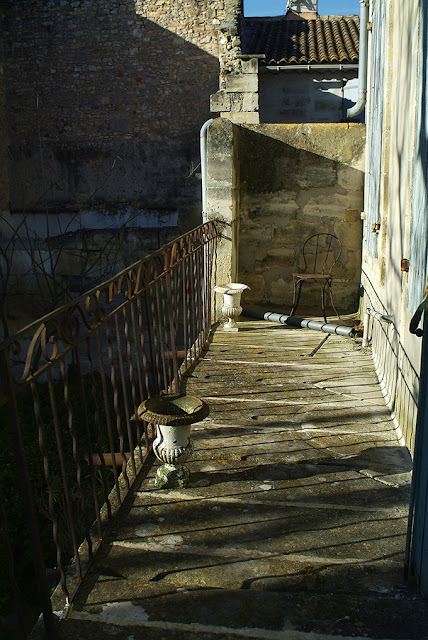 Thank you for all of your interest in Anthony and his partners amazing renovation project.
If you missed the initial post, you can find it: here.

With my Best from Provence,
Heather 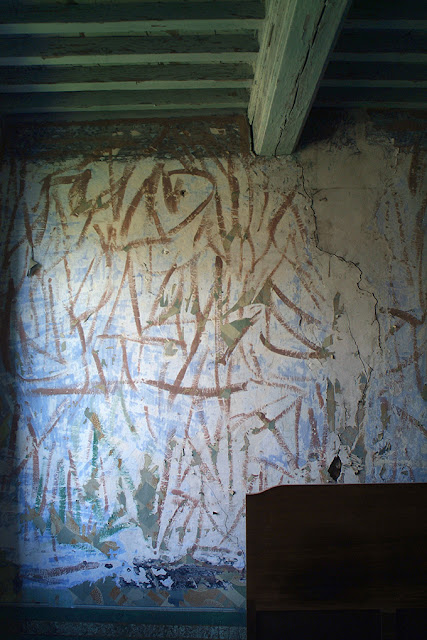