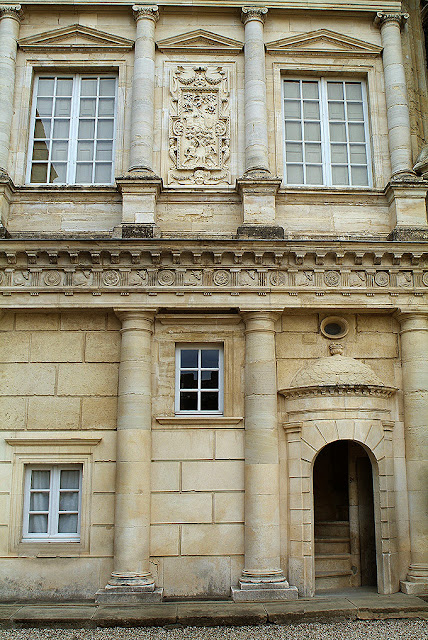 One of the aspects of this blog that I take quite seriously is not only to point you in the direction of "must sees" in Provence both known and less-so but also to give you a heads up about places that left me disappointed. While that is perhaps a stronger word than necessary concerning my visit to the Chateau d'Uzès, well, it isn't far-fetched either...even if, admittedly, I had high expectations beforehand.

I adore Uzès and have been - and written about the town - many times and yet had never toured its most well-known attraction after the Place aux Herbes. My main hesitation had always been over the price of the ticket - a whopping 18 Euros per person. My Mom was kind enough to invite me to discover the duché or ducal chateau along with her charming husband Leonard during their visit in September. It is home to the House of Crussol, France's oldest ducal peerage.

After passing through a Louis XIII style portico, we arrived in the main courtyard. Happily, there is a cordoned off area at the entry that is free and open to the public. From here, one can take in the various elements composing the domaine as it was constructed over time starting with three ancient towers to a Gothic chapel and a splendid Renaissance period facade created in 1550 - unusual in that it is lined with Ionic, Doric and Corinthian columns, rarely seen all together - which joins them. There are some fine Romanesque touches as well, including sitting bull carvings on a frieze and the eye-catching family crest that was set into the chapel's roof tiles à la Bourguignonne in the 19th century. The duché was meant to be impressive from a great distance and it is.

Several clusters of couples, many fanning themselves with brochures, were dotted across the courtyard as we approached the ticket booth. A group was just about to set off for the 45 minute long presentation. If we wished to join them, we would have to hurry as no, the castle does not take credit cards. We were directed to an ATM close by and joined up with the others just as they were leaving the extensive wine cellar, leaving me feeling like a scuttled tourist, something that I try to avoid at all costs.

After touring the castle, we were asked if we wished to ascend to the top of the donjon, which had been built over Roman ruins in the 11th century. Known as the Tour Bermonde, it is the tallest of the towers at the duché. There is a sign at its base saying that it is 135 steps high and that children are not allowed to mount unattended by a parent. We looked at each other. "Is 135 steps too much?" we wondered. It didn't seem like it. Up we started. Well, perhaps that number isn't enormous in itself but when the steps are on a vertical corkscrew, it is another matter entirely. All three of us had to stop and catch our breath en route, hoping that we wouldn't block other visitors on their way down as there is no room to pass. This is definitely not un endroit that I would suggest to anyone who has either claustrophobia or vertigo (as I would realize in the descent, which I had to do turned sideways). However, when we finally reached the summit, our legs were wobbly from the effort but the views were truly spectacular. The clouds that had been hovering all afternoon magically disappeared and I felt like a bird hovering over the roofs of the town and the rolling countryside beyond. It was worth the price of admission alone (and one can visit it without the tour for 13 Euros)...alas, just not such an expensive one.

I will tell you about the chateau's history and its interiors in my next post... 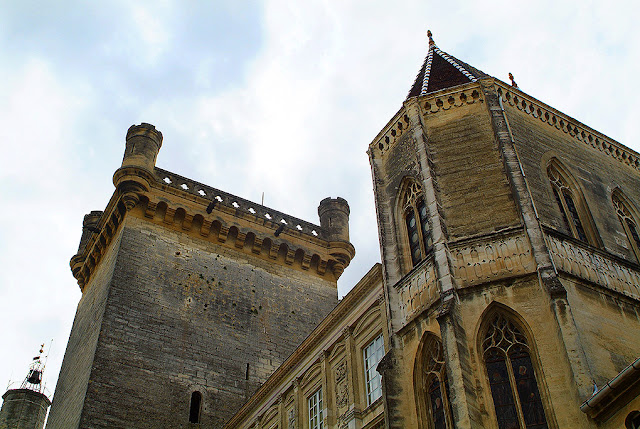 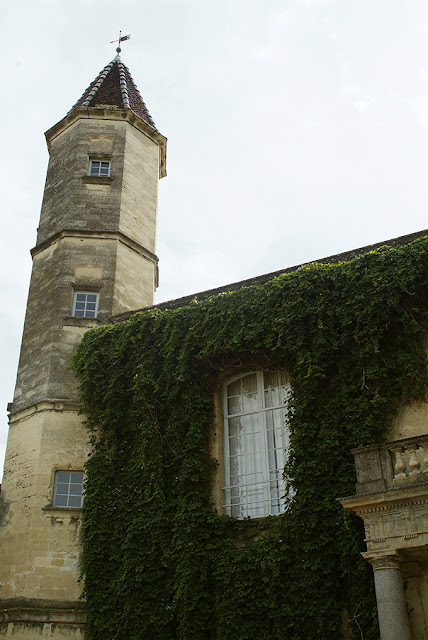 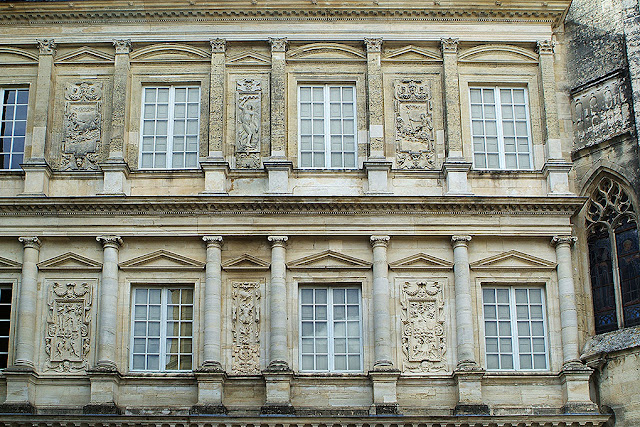 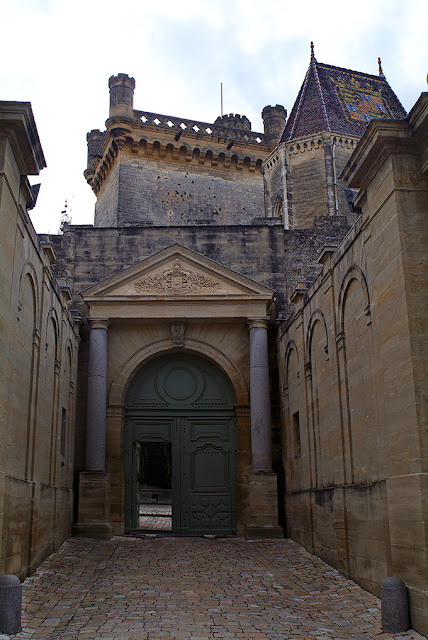 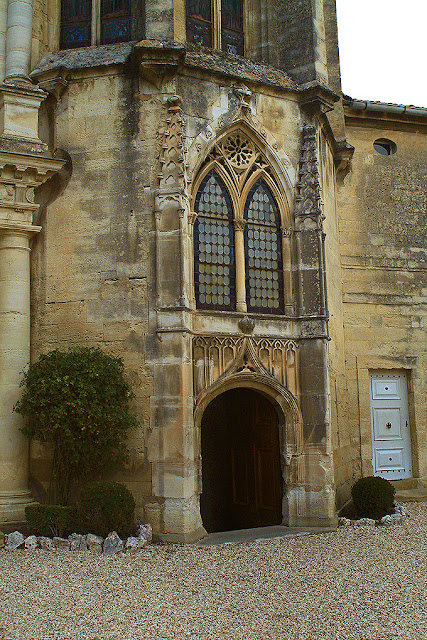 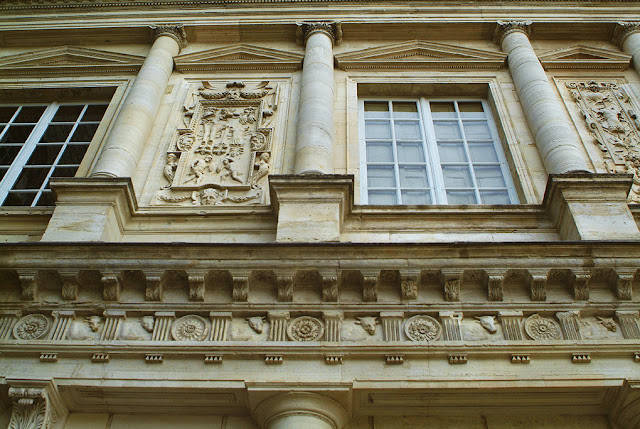 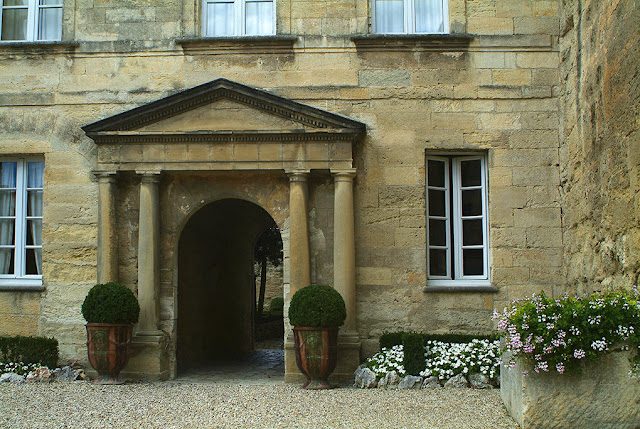 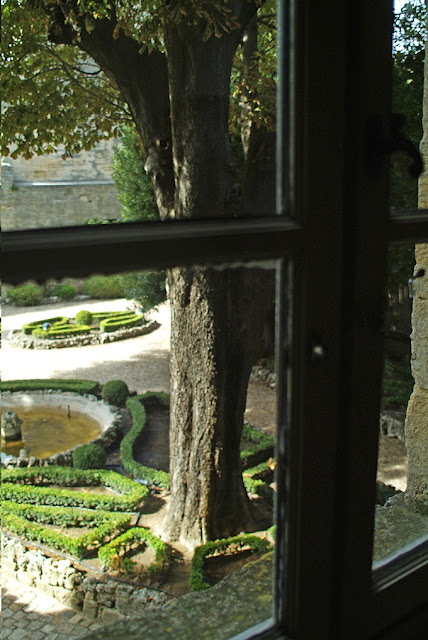 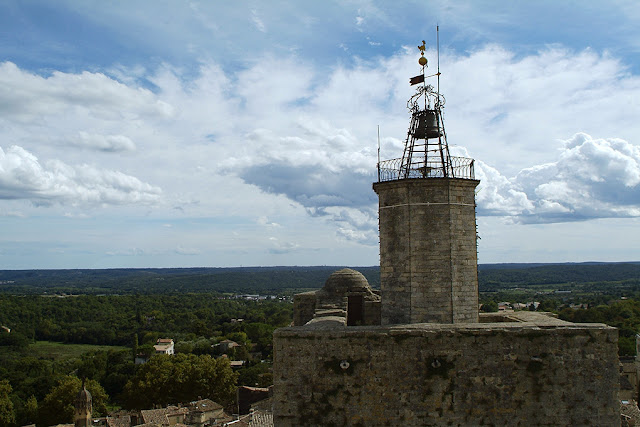 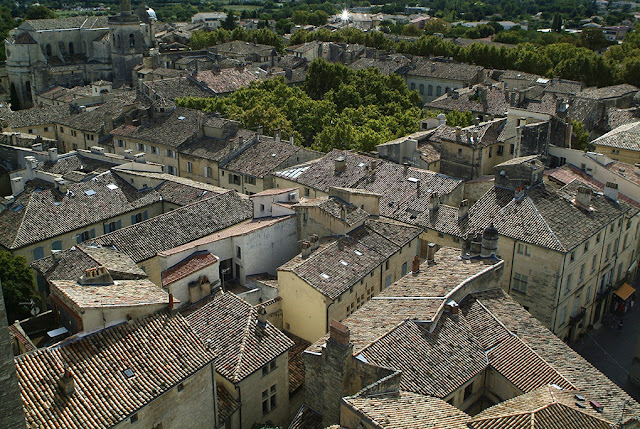 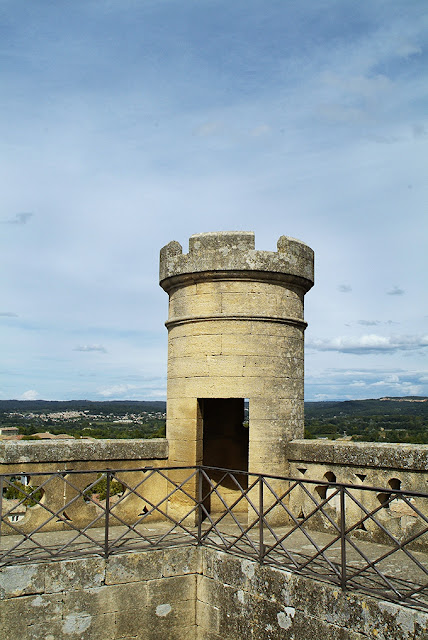 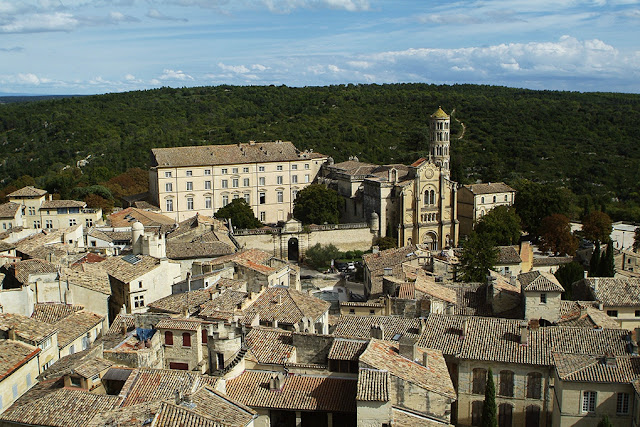 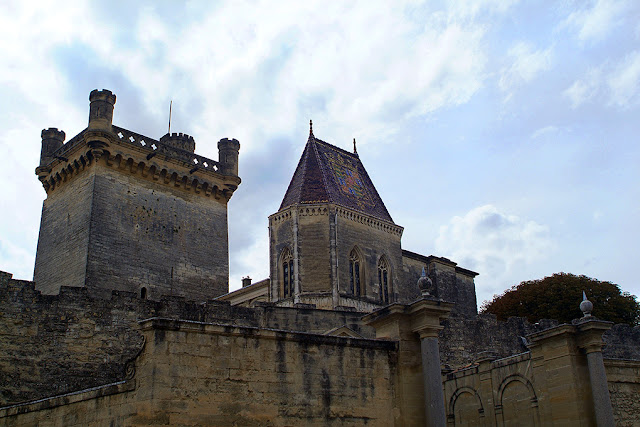 Exteriors versus interiors, facades versus...loyalty? I have been bandying these words about since having read an op-ed piece in Le Monde this morning that asked how the people in France could have been so unified after the terrorist attacks on November 13th only for so many to vote for the extreme-right and extremely divisive Front National party in this weekends regional elections only a few weeks later. It is a question that has left me feeling ill and angry. And then afterwards to read in the NY Times of Donald Trump's intentions to block any Muslim from being permitted access to - let's remember the full name now - the UNITED States of America? I am horrified and left feeling shaky ground beneath my feet in both of "my" countries. So instead, today I made a determined choice to focus on a beautiful past (these old stones, this living history) while at the same time being watchful and vigilant as our future unfolds...to be continued... 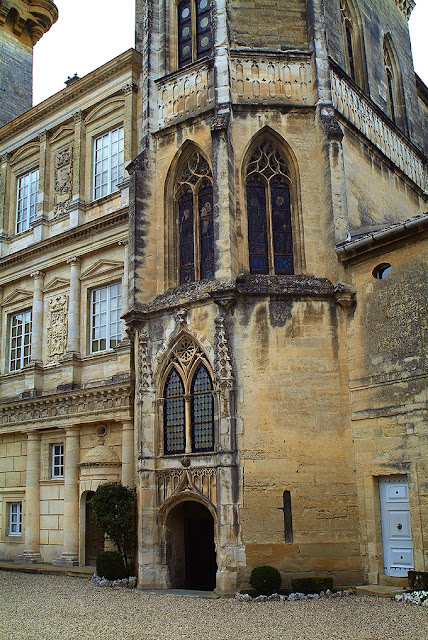