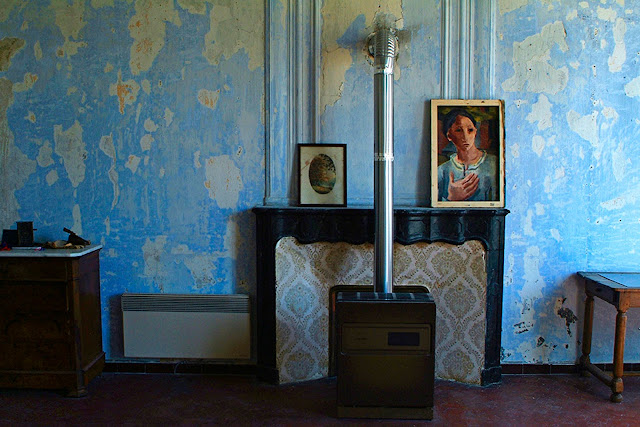 Today is the Epiphany.

Perhaps it is because I have only had one cup of Earl Grey but I am blinking drowsily. Truth be told, I am sliding into Winter Brain, although the temperatures are calling me a blatant liar with a high of 52°F forecasted for today. The sun has just broken out behind weeks worth of clouds and I am tap-dancingly grateful for this has been one of the most unlikely sleeper seasons on record. As there has not been enough cold in the Alps, there isn't the pull to create the Mistral winds that fold back the blanket across the sky. I am keeping an eye on the one magnolia blossom that opened her bloom three months ahead of schedule, hoping that her sisters won't follow suit. They must be tempted...like I am to take my camera and chase after these bright lights with a butterfly net before they disappear again.

But I think that I will stay put and watch it from my window instead, just as I have been following the saga of the swallows that are fighting over the bird food ball that we have tucked into a crook of the olive tree. For despite the weather, my body knows what January means and so the blue of this second room on the first floor of Anthony's house feels just right. No, not blue for sadness (like the brilliantly voiced character of "Inside Out" - if you haven't seen it already, it's amazing) but blue for calm.

On a few of my friends blogs, "reinvention" has been the new buzz word and it has left me subtly surprised. For although "Necessity is the Mother of Invention" (thank you, Plato) and some of us have no choice but to start over from scratch (I've done it), I am dubious when it comes to anything whispering of "a whole new you." We need who we already are. I am more inclined to peaufiner or keep adjusting if I can, working on both the personal projects and modus operandi that are already en route. Quietly. In the past,  there have been midnights which were ushered in with the banging of pots and the trill of my Dad's old trumpet. Not this year. Granted, I am also really aware that tomorrow marks the one year anniversary of the terrorist attack at Charlie Hebdo.

So what is the Epiphany? As in the religious signification, not the spine-tingling realization nor the galette des Rois almond pastry with a surprise hidden inside that is served in France today. Let's see...it is several things...but to (over) simplify, it is ancient, a celebration of the Adoration of the Magi in Western Christianity and of Jesus' baptism for Eastern Christianity or sometimes both together. There are many different manifestations of this holiday all across the world and until very recently, it was often considered as important as Christmas itself.  However, in Medieval times, there also existed Twelfth Night, which was then a period of rollicking tomfoolery as portrayed in the eponymous play by Mr. William Shakespeare, a time when holiday greenery was burned in case evil spirits were lurking there. Perhaps it is best to go to the source? I am drawn to the etymology of the word from the Greek, epiphaneia which is the verb "to appear" and signifies "to reveal" and also "manifestation." Interesting.

So, we have something or someone existing, something brand new arriving. Yes, I start to see what my friends mean. Old customs and current traditions are often closer to each other than we think. Then as now, we keep on keeping on, each in our own beautiful way, like the fluttering of the birds or the peace that a blue room brings. 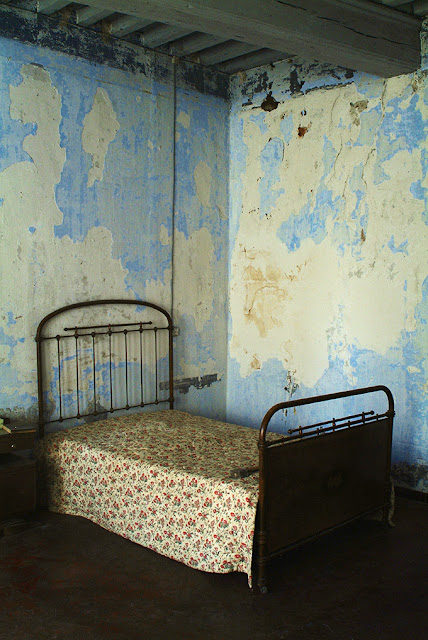 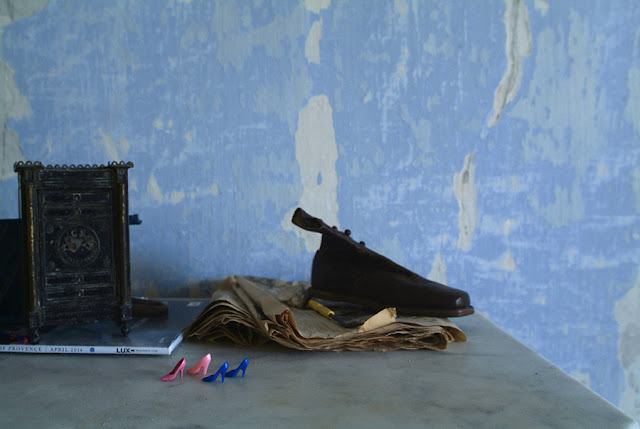 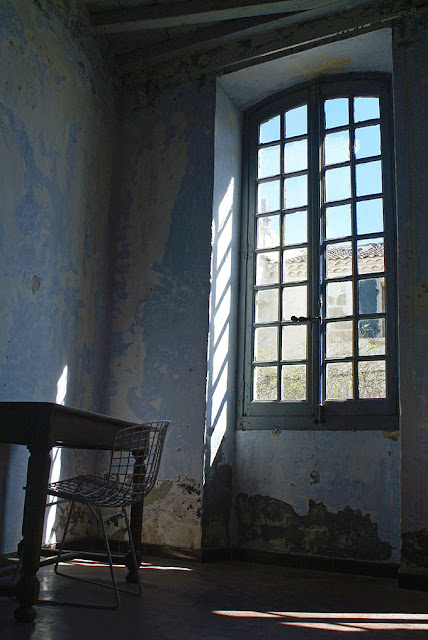 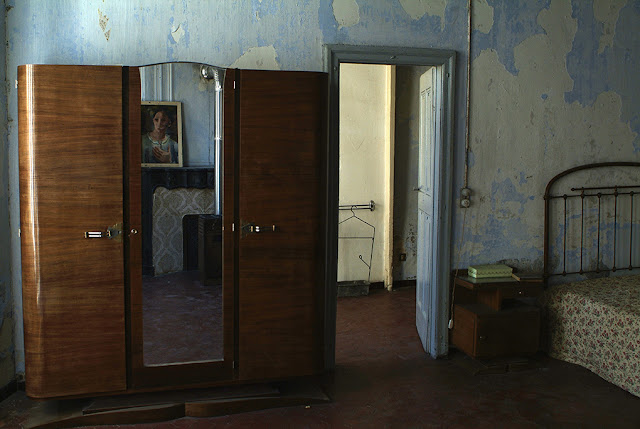 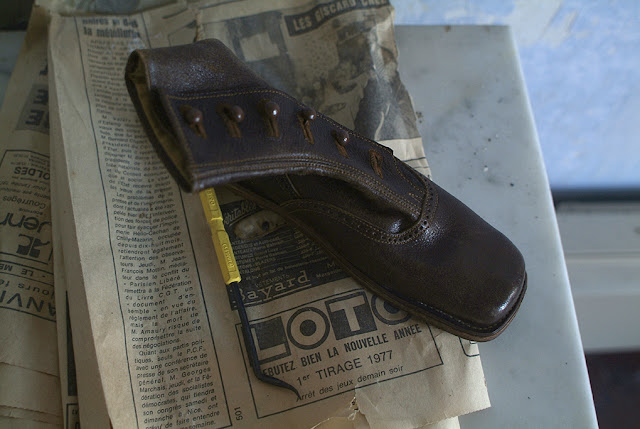 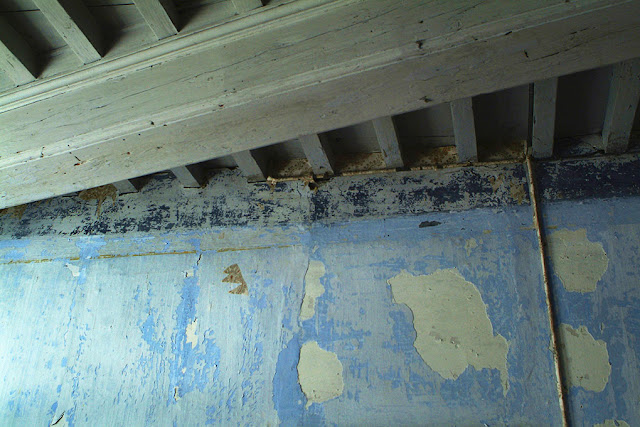 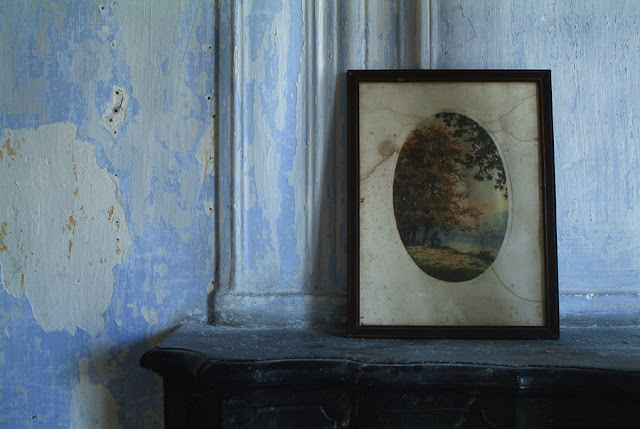 Speaking of new, a sneak peak of one of the first additions to the new old house, below, in the adjoining bath to this blue room...can you imagine? I can. :) 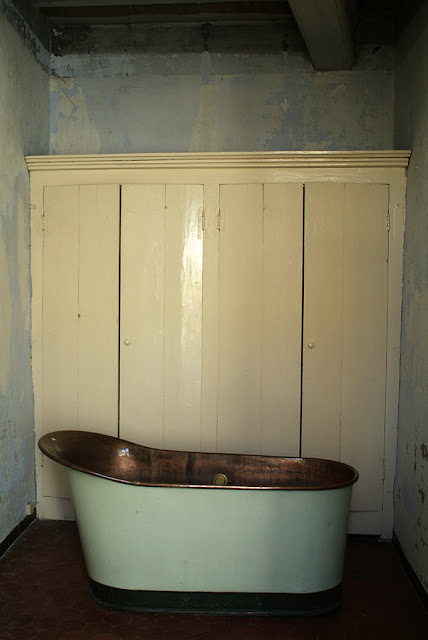 If you have missed the introduction to Anthony's house, you can find it here.

And here is a lovely song that I heard on FIP  yesterday:

Well...if you feel like sharing...where are you at right now?

Do you feel like hibernating or jumping out of a cake?

Do you have goals or just some clear ideas of things to look forward to?

Because...as you can see...(and this is the follow-up from the previous post)... 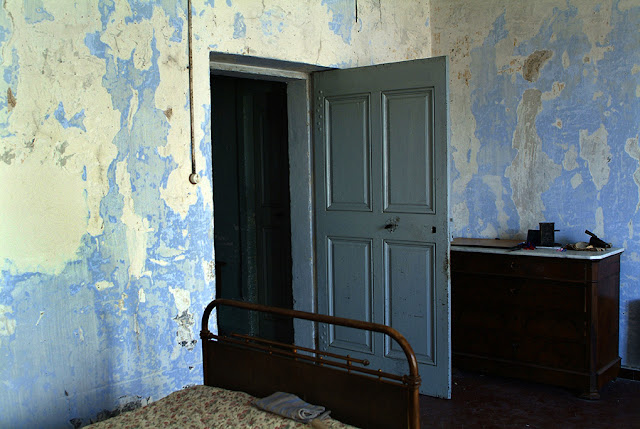