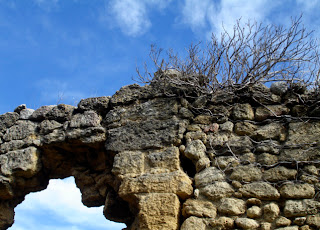 In 1909, what was apparently a pretty rough and tumble earthquake rippled across the plains above Salon de Provence, in particular doing extensive damage to the village of Vernegues. Photos from the aftershocks show moustachioed men holding heavy bowler hats over their hearts as they clambered over the remains of their houses. What remained? Only the fortified chateau grasping at the top of a hill like a raven's claw and the shell of the 13th century Saint Jacques Church. 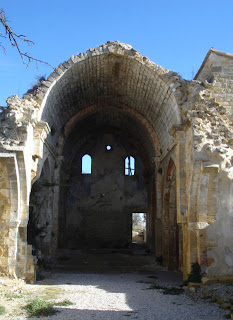 Now, I don't know where you were in the 1200s but there was obviously quite a lot going on in this church. It still has the resonance of centuries of weddings, births, deaths and a whole lot of faith within its scarred walls. And I can tell you this much, this was not a church to impress the visitors to the region, it was for the locals, by the locals. No austerity here, even though so little is left save for the graffiti of the passerby. 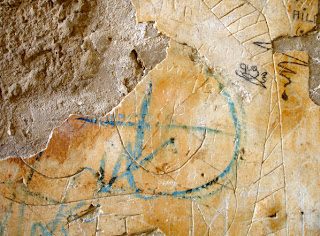 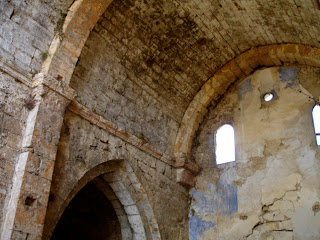 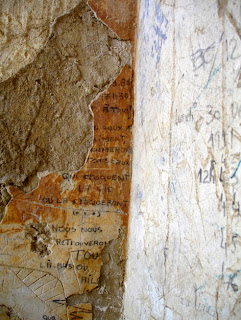 There is an enduring sense of peace and it is catching. Ben was delighted. 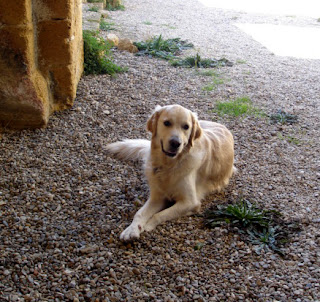 This massive, twisted, straight out of Sleepy Hollow almond tree has also stood the test of time, undoubtedly hundreds of years old and the church's unofficial guardian. It looks as if it could reach out and whip you if you didn't behave. 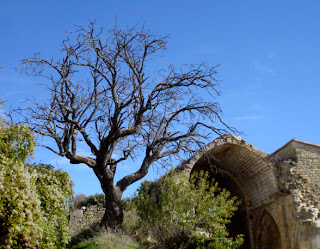 And, because this is France, at the edge of this forgotten site is one lovely little salon du thé serving far, far more than tea. Oh for the truly merited joy of taking in the sun on a mid-November day under a giant platane tree with a bit of Cotes du Rhone in my glass and the most lovely foie gras salad on my plate. Yes, yes, I know. Foie gras plus salad equals an oxymoron. But look at that fantastic circle of it, alongside the sliced magret de canard, a few greens and, the star of the show, a sautéed "escalope" of the foie gras served with a pretty scrumptious chutney and sweet triangles of spice bread. Our neighbors were all equally delighted by the surprise of the day, the food, the charmingly shy "patronne" who clasped her hands in front of her chest while she spoke. The positive energy of that former village remained amongst the ruins, showing us that history is often more alive than we think. 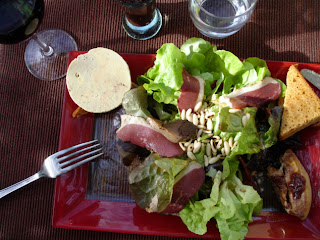