In The Alpilles, Part One 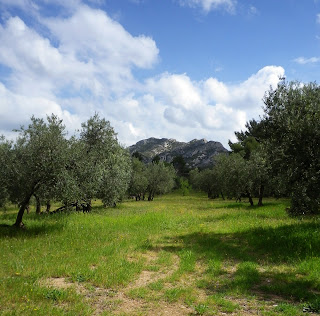 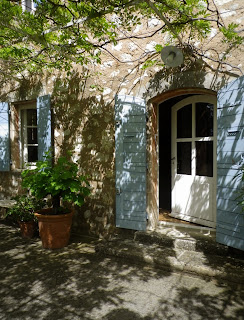 Saved. I have to say that was exactly what Remi and I felt when we received the invitation from our friends to come and stay with them in the country for Easter. We had felt as if we were being cooked under the pressure of the Feria and I was worried that one of us would snap. A town of Arles' size has a hard time containing the energy of a million pastis fuelled visitors and by Saturday afternoon, I could tell that trouble was brewing in the streets. We both sighed in sync then started grinning as we pulled beyond the police barriers and left the chaos behind.
The Alpilles isn't the most famous corner of Provence, but for me, it is its heart. The olive groves and vineyards are actively farmed, the homes lived in instead of being a showcase for two weeks out of the year. There is a charm, a douceur that I have never felt anywhere else. And that certainly pertains to hospitality as well. As soon as we arrived, we were immediately shown to a cocoon of a guest room. Everything possible had been thought of to make us feel at ease. We have spent many long afternoons at this wonderful home but it was the first time that I slept there and the experience left me feeling slightly dizzy. Such a drastic shift towards quiet and peace. To be served foie gras and champagne and a gateau de poisson (which sadly translates to an unassuming "fish cake") in a lobster sauce that I will dream of for months. Conversation a plenty but also knowing when to be left  to have time to breathe. 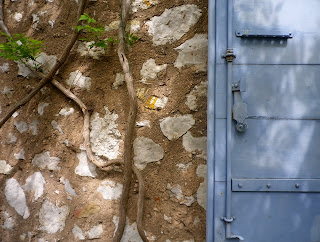 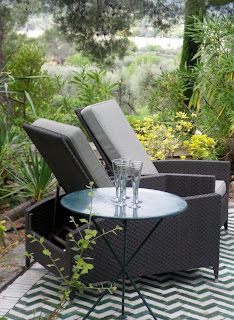 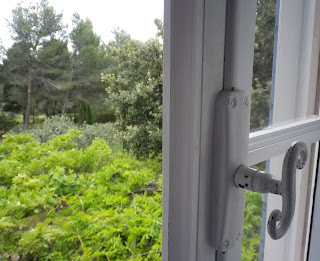 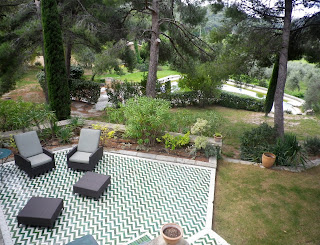 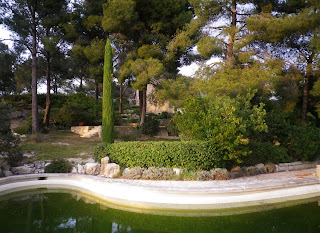 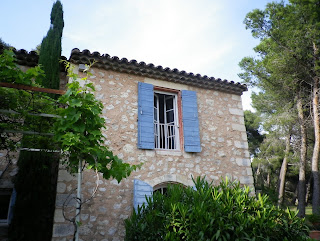 There is nothing more enjoyable than going on walks in the open--more of that to come. Beyond their wonderful property, we were also shown the Chateau de Manville, a 16th century stronghold from the time of King François the First. The patina from such a date can't be invented and although they are more recent, I could imagine that these moss covered roof tiles would tickle the fancy of some of the interior designers that visit this blog. As for the stone wall, I couldn't help but wonder if it had come from a previous outbuilding of the chateau? On the other side of the iron gate, a small creek rustled and irises swayed in a slight breeze. 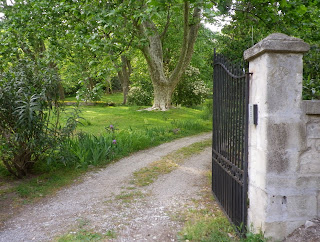 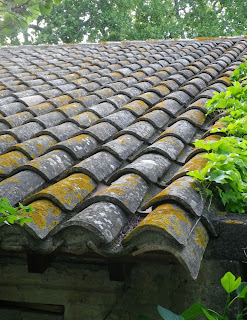 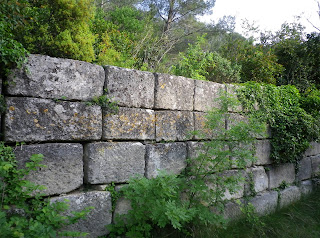 The light seemed to trill, fingers pulling harp strings, as we headed back to their house. In good company and with the knowledge that we would be well taken care of. Remi and I don't belong to such a luxurious realm but are fortunate to have friends that are generous in sharing it with us. Such a break, a relief and I am very grateful to have had such a wonderful experience. Sometimes the best travelling isn't what we planned for, just something that provokes a shift inside, no matter how subtle. 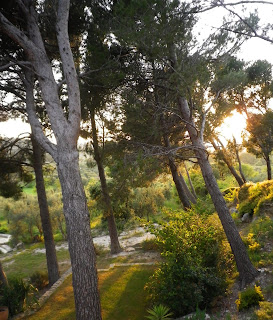