Lost in the woods 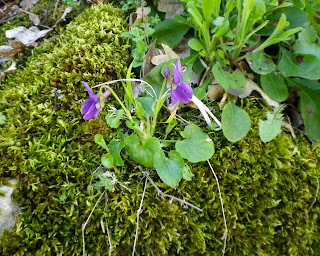 I had mentioned in the post about St. Saturnin that we had seen several wonderful things that day. At the far end of the Vaucluse, with the beginning of the Alps shining white in the distance, we came across the Prieuré de Carluc, tucked into a verdant valley cut in two by a rushing brook. One thousand years ago it was under the control of the Abbaye de Mountmajour here in Arles, this despite its being a nearly two hour drive away in the Vaucluse. The Prieuré is also yet another site that was founded around a sacred spring! There is something so mystical about water bubbling up from the center of the earth in an unending stream. Enough to make a believer out of anyone. I have done a bit of digging and it seems that there is not much more that is known about the Prieuré, save that it was a vital stopping point on the road to Rome many moons ago. I am always so amazed at how much history gets lost.
A funeral gallery extends off the side of the chapel with tombs carved in the cliff. And yet there isn't a sense of gloom here, quite the opposite. A symphony of birdsong and fluttering wings filled the air until it was overtaken by the gentle clanging of bells. Soon, a shepherdess and two very astute border collies drove a flock of sheep over the stream and into the surrounding forest. Ben, driven gaga by their scent, rolled in the grass. Of course he had a bath the day before.
Emerald moss is slowly swallowing up the stones. The Prieuré is a forgotten one, not on the touristic circuit and too isolated for wanderers to stumble upon. That somehow only adds to its beauty, as if it has already had its time in the sun and is now content to sleep. 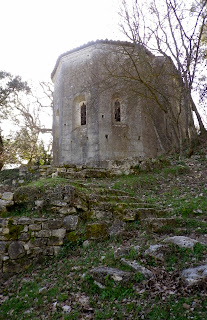 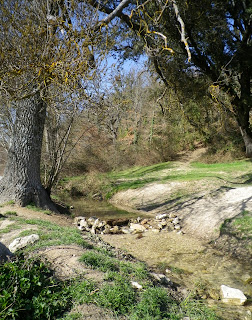 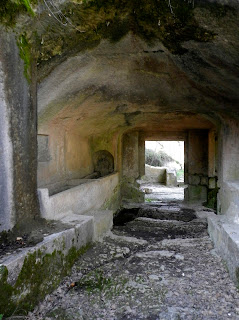 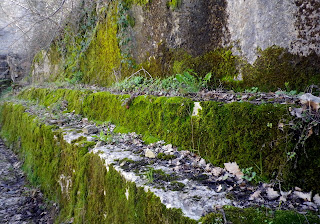 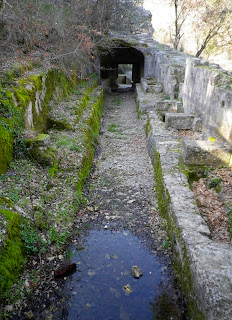 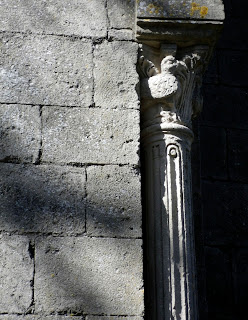 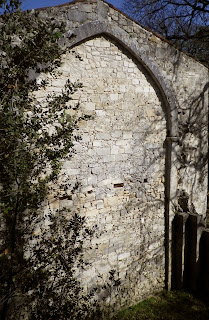 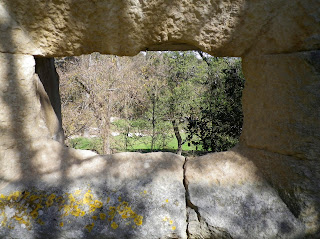 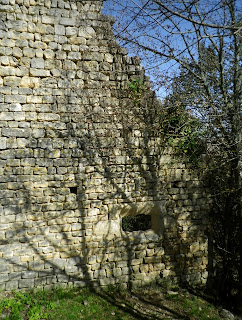 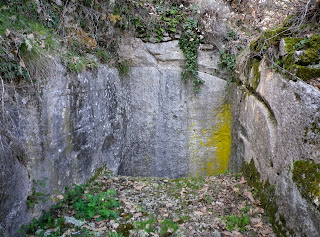 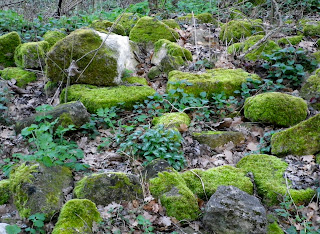 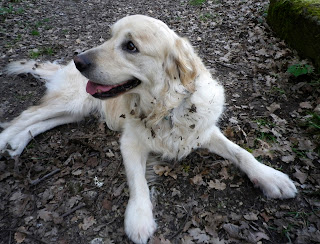 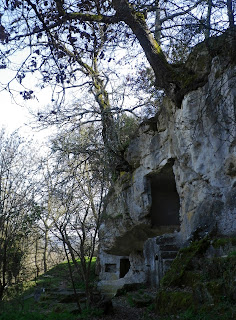 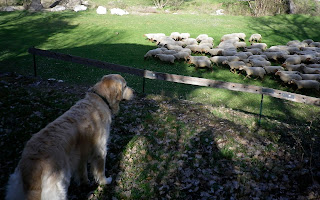 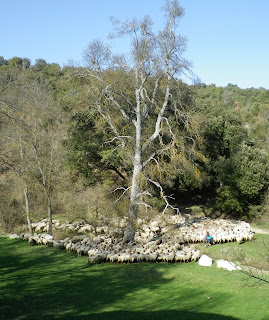 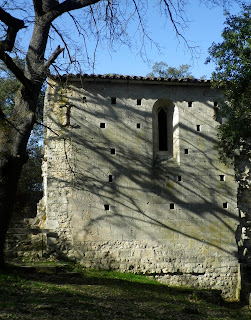