A taste of Summer 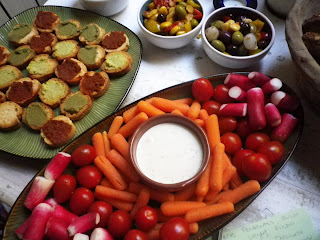 Arles isn't exactly known for its luxurious mid-seasons. Summer dominates the calendar, starting astonishingly early and ending abruptly in October with the arrival of the Mistral winds. And so, we wore our Spring jackets only for a few days last week before changing into the standard uniform of white shirts and espadrilles. There is also an energy building up with all of the sudden display of skin. This happens every year in the weeks leading to the Feria de Pacques, the Easter bullfights (yes, I realize how odd those two words are together). In a cycle as old as time, there is a general desire to expand, to explode with festivities after a winter hibernation. 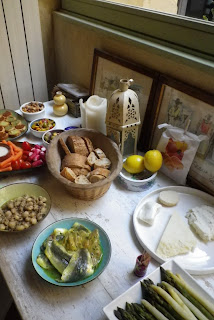 We have two sets of friends that are here on vacation this week, both of whom are considering exchanging the grey shades of Paris for a life in blue. So of course we are doing our very best to convince them and Mother Nature is co-operating swimmingly. Saturday we had our first evening garden party for seven adults and two kids. And, as always, just ridiculous amounts of food. Remi is truly French to the bone in that he wants to cook what he wants to cook, regardless of the whether it is too much or not. As our friends were tired after the eight hour drive down, we decided to keep it informal, along the lines of our "after the market" lunches that got us through the winter. 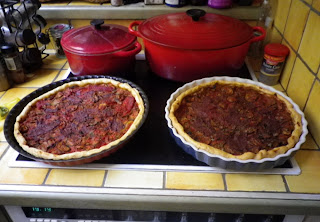 I actually made a list of everything that was "ready to go" as things tend to be forgotten about in our tiny refrigerator during the heat of the moment. Two Provençal tarts (one of which never made it to the table), oysters, bulots, marinated fresh sardines, baby calamari, baby octopus that had been sautéed in armangnac and balsamic vinegar, two kinds of olives, mini-toasts with tapenade, sun-dried tomato paste or lupin paste, two kinds of pate (rabbit and bull), blood sausage, fresh saucisson (as opposed to dry), a crudités plate, cold asparagus in a divine home-made sauce and a cheese plate...and do you wonder why we are broke? Ah, yes, broke but happy! 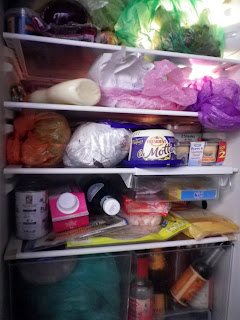 I wanted the house to be at its best and so picked up flowers at the Saturday market. The most giant snapdragons for 5€ (they were larger but I was worried about the vase tipping over) and a ravishing bouquet of pale pink roses that actually smell for 8€ that was large enough to split into two. Having a bad day? Please go buy yourself some flowers. I promise you, it will fill up your heart instantly. After the market, my beautiful friend Frederique invited Remi and I up for the first glasses of rosé of the season. Her terrace opens up across the rooftops of Arles and we had to laugh at the cliché of clinking, digging into a bowl of chips while the Gypsy Kings wailed in the background. If that isn't Summer in Arles, then I don't know what is! 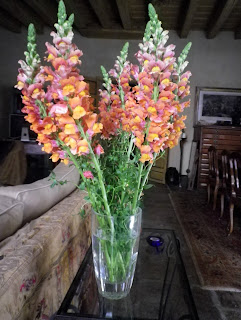 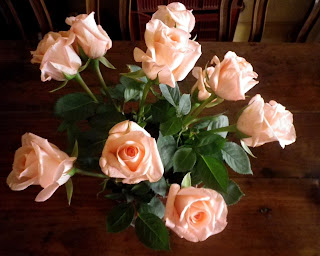 Well, there is one other idea that fits the bill to a T. Whiling away an afternoon at a shady café watching the world go by, eaves-dropping on the conversations at the surrounding tables. For that, there is no better place than the square in Maussane. As some of our friends are staying there, we were able to do just that yesterday, at the end of the day, not too hot. Perfect. I actually would highly recommend their hotel, the L'Oustaloun, right on the square. The rooms are charming, at a fantastic price for the area, the restaurant menu verrrry tempting, great views as well. 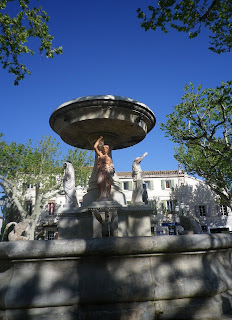 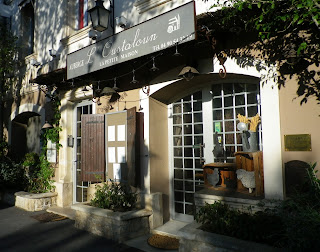 I wouldn't be surprised if we had one last sneak attack of cold whip through. In French there is the saying "en avril ne to découvre pas d'un fil"--in April, don't remove even a stitch of clothing--because, you never know. But for now, ah, for now it is the moment to soak up the sun. 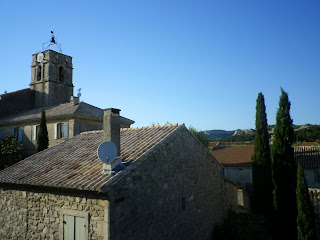