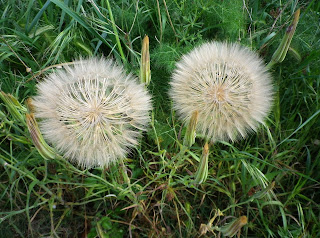 I am having a hard time taking in this morning's news that Osama bin Laden is dead. It doesn't seem quite real to me, just as the initial events on September 11th didn't as I was unable to comprehend that something so horrible was possible in our world. I was not in New York City that day but in Paris. There is a photo of Remi and I at the Musée d'Orsay, blissfully in love and completely unaware of what was happening. There was no sign of anything amiss amidst the Monets. I do remember a scurry of activity, an urgency in the air in the lobby of the Ritz and how odd it seemed that we could just stroll in, the front door unattended. But it wasn't until we returned to our unfurnished new apartment that I heard my Mom's voice gasping into the answering machine. We had trouble understanding what she was talking about, just able to make out that my Sister was safe but to please call, she needed to hear my voice. Remi turned on the radio as I went upstairs to phone. And again, I couldn't understand when he yelled out that the "Jumelles" as the Twin Towers are called here, were down. We didn't have a television yet and so rushed to the offices of Gamma, the news agency that Remi was working for at the time. I think that someone might have taken a photo of me, staring at the screens and crying, but I am not sure.
As a reporter, Remi was given access to the first flight back to New York. I followed a few days later. Again disbelief as I crossed the Manhattan Bridge, searching for the architectural Welcome Home that had always greeted me. The same over the smell of the smoke, so pungent even up on 51st Street and that feeling deep in my gut that "this is what death smells like". Wondering why it didn't fade. Taking flowers to my local fire station, one of the hardest hit in terms of loss. Trying not to read the words of the Missing signs that we all knew were put up in vain. Emotional shutdown.
The boutique hotel in Soho that I had been working at between acting gigs laid me off (our office looked directly on to the WTC and those working that morning saw everything, some fainted cold). My agent immediately moved to California as did one of my best friends. So I hurried up the pace and arrived at Charles de Gaulle Airport on October 27th, 2001. Ready to look forward to a new life.
I knew that I was lucky to have not lost anyone nor to have even known anyone that lost anyone. But today's news makes me remember all over again how much we all lost that day. How another world spun off within our world and we have been on that track ever since. And we are still there. Osama bin Laden's death does not fill me with any sense of joy or that justice has been done. As a former New Yorker, I am still deeply attached to my city and know that there is no real justice for the families that have lost their loved ones nor for the damage to our collective psyche. Not really. I do feel relieved. Even though I know that this is not the end of terrorism in the world. And I feel grateful for the positive messages in President Obama's speech. May they bring a light to the path ahead. 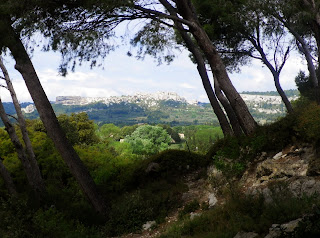