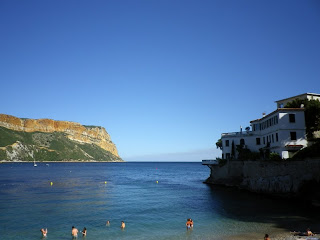 One of the things that I admire most in Remi's photography is his ability to express a sense of place,  l'esprit du lieu. Even if that idea is completely subjective, it is tangible, covering what we see with a fine film. Last Sunday, Remi and I were out with Ben and found ourselves in the seaside port of Cassis. Cassis, where I had gotten my first glimpse of the Mediterranean ten years ago. A friend had recommended the tiny hotel "Le Jardin d'Emile", perched above a little known pebble-covered bay. That evening we sipped rosé on a private terrace overlooking the million shades of blue. Miraculously, even though it was July, the beach wasn't crowded and the sole sound was the scream of the cigales. Of course it has changed since then. I had heard that Cassis had become quite the chic spot and so was prepared when the view from the terrace was blocked by an outdoor cocktail bar, full of studiously louche hipsters. A large part of the bay has been taken over by the "Same Same Same Club" with bikini babes decorating it's tropically fluorescent pool chairs. It is "their" Cassis just as before, for one evening, it was "ours". The spirit has changed even if that magnificent view has not. As Ben was with us, we couldn't descend down to the beach and so remained slightly outside of the experience, which was somehow appropriate. 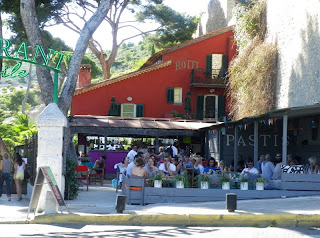 Remi surprised me by suggesting that we drive back right through the heart of Marseille, a town that we barely know, despite its being only an hour from Arles. Traffic is notoriously difficult in this city, the second in France but he felt that, being a Sunday evening, it could be the opportunity to discover it under less stress. He was right. I noticed this panel proposing "free expression", even if, really, that just meant an area where anyone could hang up posters. How different that one idea was from the dangerous, dark environment that Marseille is reputed to be. And so I opened my eyes a little wider and sure enough, was bathed in light. 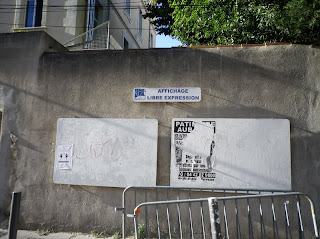 Golden light, actually. On the buildings that line the Vieux Port, which laps up against the skyscrapers and in the Belle Epoque architecture that has remained elegant even though it is more often than not in disrepair. Reflecting off the skin of the many families out strolling, reminding me of the throngs of Bombay. Mapless, we followed signs in a zig zag, for a while crossing a cartier or neighborhood where I could see struggling and emptiness. So many layers then, many personalities and not necessarily what we think that they should be. Clichés are so easily leaned on in that they don't force people to make up their own minds. 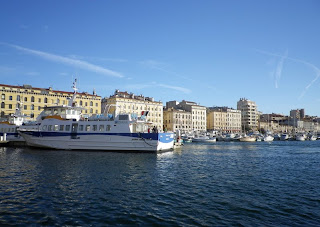 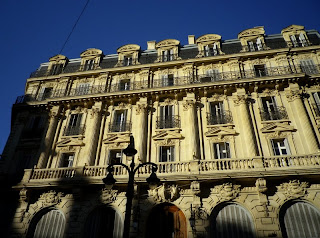 Or to try and puzzle it out. We get the keys to our new apartment tomorrow morning even though we won't be making the actual move until next month. I am preparing for the change and so have been thinking more than usual about my personal sense of place, what my environment means to me. Some of my ideas on the subject that I have been throwing about on the blog are a bit awkward, hopefully not too cringe-worthy for the professionals that are reading along. I am still working it out. 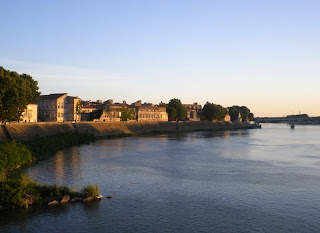 Only a year after our last move, I will be taking a cold eye towards our possessions and am determined to give the heave ho to what is just taking up space. We have been talking excitedly about what we want to do with the new apartment and I have come to see that the shifts in our tastes are linked with changes in ourselves, or at least who we hope to be. Perhaps that is why I was so dismayed yesterday. I was working as a stylist and assistant for a photo shoot of a house in the Luberon for Remi. I couldn't find any connection to the houses décor and its magnificent setting. Every surface was covered with objects, as if to distract, to take you somewhere else. I know that everyone has different priorities but it seemed like such a lost opportunity. 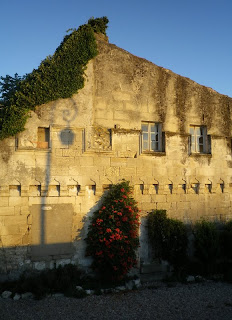 Coming back to Arles from Marseille, for once, I was struck by its softness. How the patina of time has taken some of the hardness out of those solid stones. History worn on the sleeve. We fell in love with Arles exactly for son esprit du lieu, now that I think of it. It will be interesting to see how our sense of that evolves as we do. 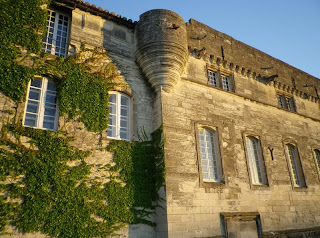