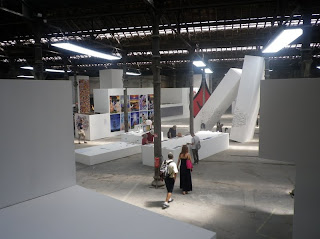 I am so exhausted that I can't sleep. The switch is stuck on some sort of "on", one with faulty wiring as thoughts whirl incessantly even if I am too tired to do much about it. Moving day is fast, fast approaching. 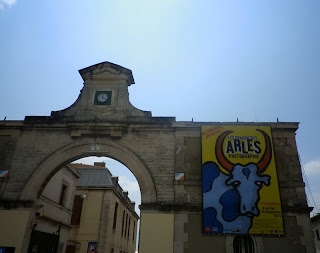 Have I packed anything? Not at all. Is our new apartment ready? No, it isn't. Moving is always like this. As many times as I have done it, there is always more than a pinch of drama involved. Not as much, of course, as the time that I moved in NYC by subway. Yes, that is right and oh, the pitying looks that I received. I had an old Army trunk and I remember how loudly it thunked across the station platform. 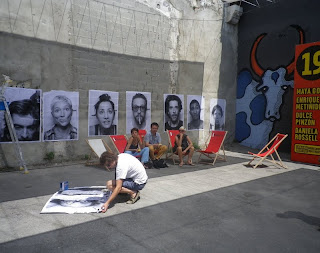 So now, as then, it will be one of those down to the wire pushes. Because, frankly, for the moment, we are having too much fun. A fantastic couple that we both adore came from Paris to see the highlights of the Rencontres International Photography Festival. So many shows, spread out throughout Arles. Last night was the "Night of the Year" (well, personally that would be the Oscars, but to each his own) and it doesn't get more downtrodden glamour than that. Or at least that is how it seemed to me after entirely too much rosé. 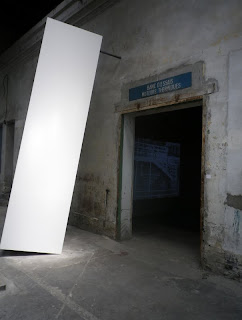 The Arena had been divided into sections with running photography slideshows, accompanying music and for some reason, hundreds of smudgy candles, that while appealing, smelled appalling. How insanely decadent to wander the halls of the Arena with invitations of images in each corner. Bands of twenty-somethings swayed to the DJ's spins on the sands where the bulls run. I loved it, until I had to go home. Immediately. 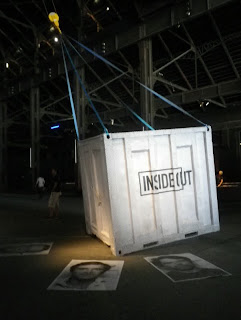 The lure of the Rencontres was evident the next day as we baked under the roofs of the former factories that repaired the trains on the Marseille line, known as the Ateliers SNCF. More about that another time, as this particularly down-trodden lieu holds the key to Arles' future. Rusted iron beams, cracked walls make an oddly appropriate setting for the avant garde of the photography world. Apparently, it is a fitting enough for Frédéric Mitterand, France's Minister of Culture, who toured the exhibits as we eyed his bodyguards. I love that France has a Minister of Culture and that his role is considered to be so important. Let's hear it for a country that still believes in the power of its creativity. 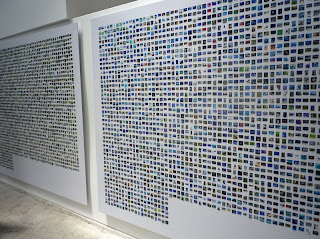 The issues that I raised in my previous post were present in some of the pieces presented, such as one made of a collage of images that had been taken off of Flickr or the "Chicken Museum" with ridiculous photos from the internet and pecking chickens making a commentary on our society. We were left with much to think about and highly inspired. The Rencontres is running through the rest of the summer and is well worth the time and the effort. But speaking of efforts, now I really must go...my apologies in advance if I post less in the upcoming week! 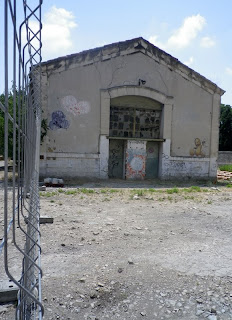