August in the Alpilles, Part three 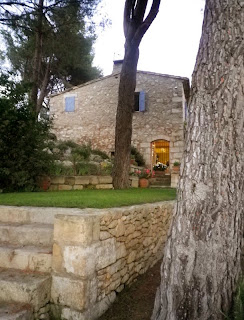 One last post concerning our time in the Alpilles.
The experience still feels so close to me, the joy has remained in my heart. And the quiet too. Such a welcoming home and grounds. Perched on a hill and yet surrounded by pines for privacy, it is its own little kingdom. I do miss the pool, terribly. While I am not a proficient swimmer (typical Leo, I hold my head above the water line en permanence), I am so content to float and bob. My Mother reminded me recently that when I was teeny, I would stay in at the public pool until I was blue and chattering. One idea that occurred to me while I was doing my Esther Williams style twists (red-painted toes up! Towards the sky!), was that being in the pool, in the deep end, was an opportunity for surrender. Nothing below with just trust to keep me buoyed. Similarly with that first, sharp inhale followed by a swift dive to embrace the cold. There is nothing to do but surrender to it. How seldom that is the case in our daily lives, or rather, how seldom we allow ourselves such an opportunity.
Although I clearly thrilled over my pool time, it was Ben, our Golden Retriever that was the champion nageur. I was so grateful when our friend assured me that he was allowed. Poor Ben had never had the great connection to water that is normally his birthright as a Golden. Perhaps it is our fault, taking him to the sea when he was only a six-month-old pup. Those waves scared him. But it was not the case with this gradually descending pool and it was delightful to watch his first tentative bats at the water's surface with his paw. And certainly, where we go, he goes, so how could he resist? The first few days he was breathing awkwardly, drinking the (happily barely chlorinated) water in gulps as he went. Slowly, with time, he taught himself and even jumped off the side twice! He would literally shiver with joy while swimming, grunting as he paddled. Such joy is, of course, contagious.
In the evenings, Ben and I would make one last visit to the pool side to watch the sunset spread across, reaching towards the night with willowy fingers. A family of miniscule bats would come to drink, barely touching down on the waters surface, dancing all around us. Again, trust that their radar was working, that they wouldn't splat into us (something that actually did happen to me once pre-dawn at Angkor but that is another story). They did not and as night took its victory we would amble up the hill towards the light beckoning on the porch.
So here we are, already drinking in the last rays of summer. Let's toast to them while they still shine on. 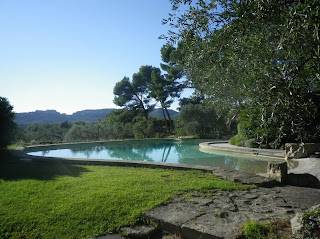 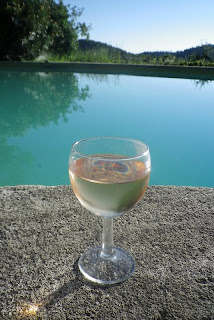 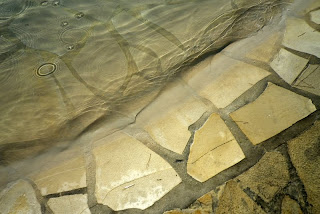 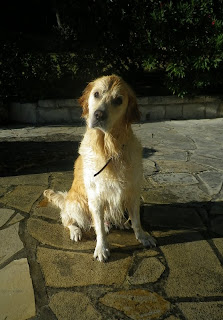 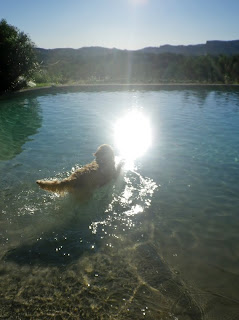 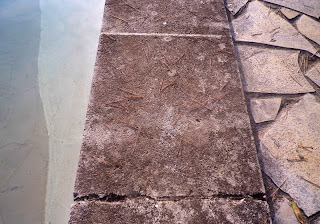 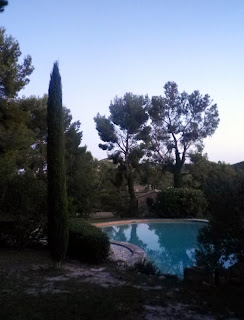 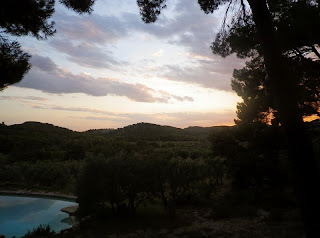 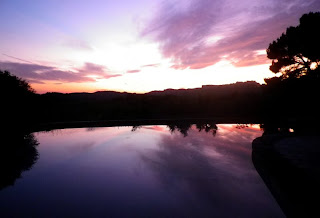