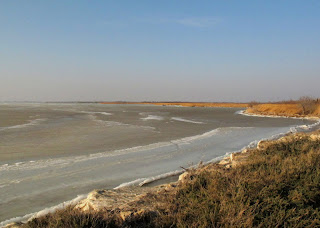 I am not a photographer. I know this because I saw something of a terrible beauty tonight and yet I could not lift my camera from around my neck. 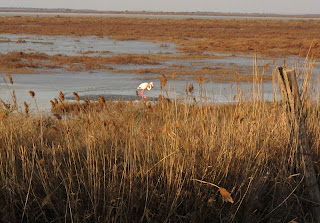 As some of you might be painfully aware, Europe has been hit with a cold snap. One that neither humans nor nature knows on a regular basis in this corner of Provence. Tonight, Remi wanted to take a drive in the Camargue, the immense swampy region and regional park to the south of Arles. It is austere under the best of conditions, I would have thought that we would be alone, as the temperatures had taken a dive to -12°C and yet no. The tiny back roads surrounding the Etang de Vaccares were as full as a Sunday in July, save that nearly every car had pulled over to take a photo of the frozen water (either an enormous pond or small lake depending on your opinion) as it was the first time that it had been frozen over since 1985. 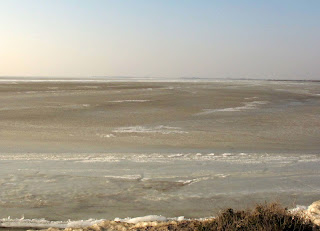 I wish that the ice, stopped as waves lining the shore, was the only issue. However, we spoke to a park ranger who had collected in the trunk of his car ten flamant roses or flamingos that had frozen. While we spoke, one flew over my head and perched nearby in a tiny pool where the ice had not yet taken its hold. My empathy got caught in my throat. In parting we saw a flutter of pink at the side of the swamps. A flamingo wing. It was perfect in its shape and color, glowing against the faded background of the winter reeds. A supremely delicate contrast. And yet I couldn't capture it, too saddened by all we can't control and how little most of us do to protect our planet when we can... 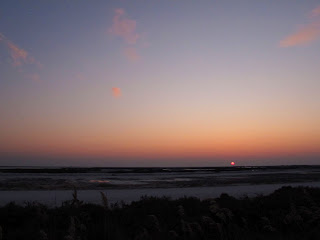