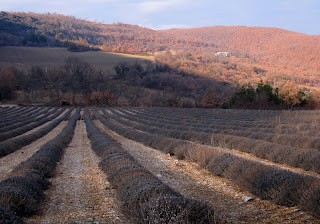 High above the sleeping lavender fields lies the remains of a village I will not name. 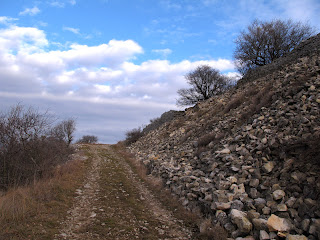 Odd of me, I know and not terribly professional but so be it. Up we climbed, as always with Ben, our Golden, running back to me with impatience. Come on, time to discover. Hurry up to find. 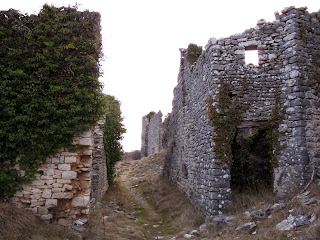 The village had been abandoned long ago. And I mean really abandoned as in "take the last ball of yarn" not the semi-recluse yet nonetheless charming villages that I have visited before. 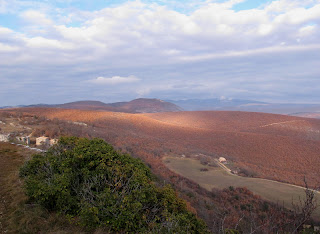 And yet, oddly, it felt alive. Very present. The simple beauty of the church, the force of the vines pushing through the house's foundations as if they were holding the walls in place for their owners to come back. 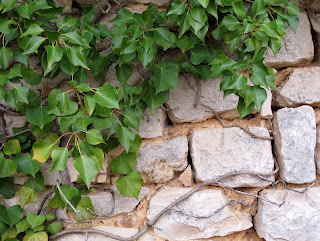 The texture of the stone was exceptional, fascinating. All of those many nicks by hand. Fitting into each other long after the mortar had evaporated. Worn away by a trilling wind. 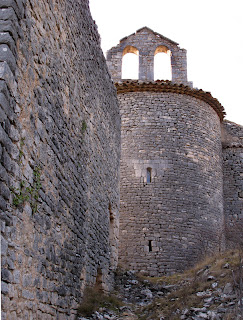 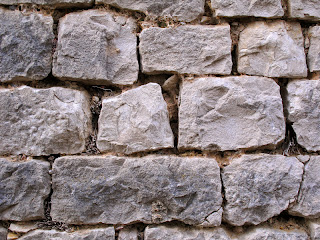 And yet a wave of cold washed over me. Stopped me in my tracks. I raised my head and looked out over the horizon. The farthest hills had turned black with the snow clouds rumbling. Could it be just the temperature falling? 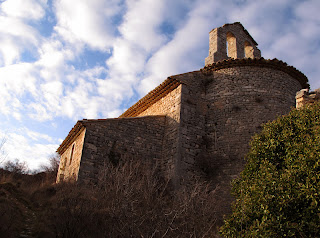 Remi was working, Ben was with him. I felt so drawn to this place, almost euphoric at times but then again, that chill would come out of nowhere. 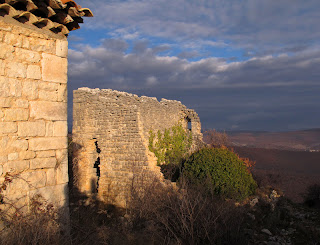 Mysterious arches led to deep tunnels in the ground, I did not dare see where they went. I scampered up higher where the sun shone brighter. Remi was there and he met my gaze questioningly but said nothing. 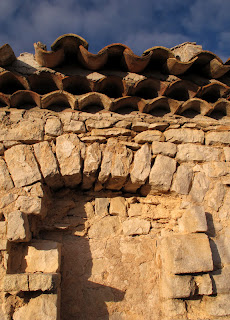 In a clearing a large tree raised its branches like proud crows wings and the edges were tipped in the red of new growth. A glowing red. A circle of carefully laid stones was in front of its trunk. Something wasn't right. 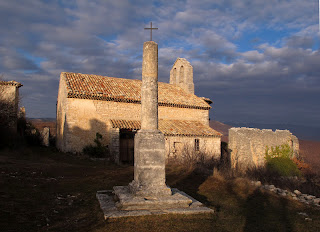 I crossed behind the church towards one of the outer buildings. I heard a deep rustle from within the buildings shell. Louder than a small animal rustle and yet there are no large animals in these parts. "Remi?" I called out, moving quickly away. 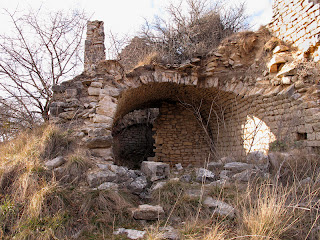 I found him with Ben and I don't remember who asked it but we both quickly agreed. Haunted. The sun was diving fast as we found the cemetery. I didn't dare go in. Remi did. There were only three graves and it made the hair stand up on the back of his neck. And I think it goes without saying that he is not a man that spooks easily. 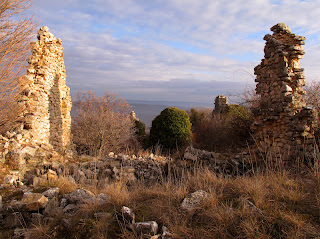 Still I felt within me a pull to stay even while I felt a stronger need to get off that mountain before the sun set. We did. Its beauty was undeniable and the light otherworldly. I will spread my frantic photos out over a few posts. 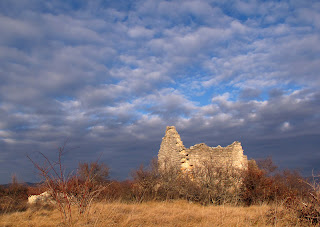 Oh and the reason why I won't tell you the name? Not because it is haunted, I realize that is up for debate. But as we came down from the village, I saw a sign that I had somehow missed in my initial excitement: "Proprieté Privé, Acces Interdit, Danger".  Private property, no access allowed, danger.
Posted by Heather Robinson at Monday, February 20, 2012