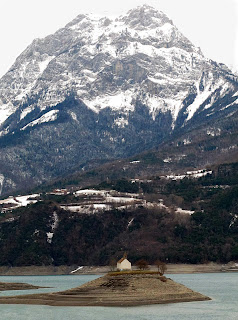 While some fine ladies are willing to take the TGV for hours in order to fill a craving for truly Parisian pastries, I found myself seeking a change of season and was ready to go to equally great lengths to get it. Luckily, Remi had a similar idea brewing. We both were in need of snow. 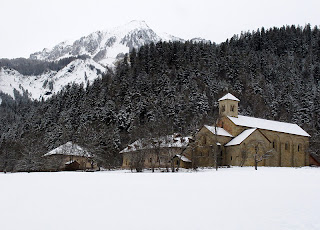 As wonderful as Provence is, it can be, well, a bit monochromatic with its skies that are forever blue. I grew up mainly in the Midwest, where each period of the year is marked by wildly different weather. Sweat would drip from the back of my knees as I scampered away from a summer bound dodge ball just as the winter wind would whip up tears that froze on my cheeks. I loved it all and miss that excitement of change. 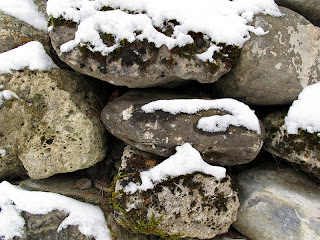 We piled into the Range Rover with Ben in the back as well as enough clothing and supplies to last us for a few days. And yet we weren't going far. Our base was the town of Sisteron, only a little more than a two hours drive from Arles. I never tire that in France you can shift your landscape so easily. 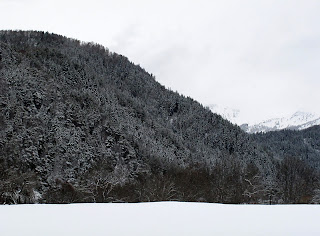 I have written quite a lot about the Luberon, most recently in my one too many posts on the questionably cute or not cute village of  Loumarin. But we were headed beyond the Peter Mayle zone to the Alpes-de-Haut-Provence, an area relatively unvisited save by Provençals heading to one of the local ski slopes or motorcyclists cruising the Napoleon Road. 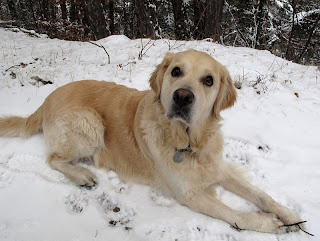 We fretted as we drove north. The ground was dry until Gap. Was our search in vain? As we turned up the long hill to the Abbaye de Boscodon, smiles spread slowly across our faces. The higher we climbed, the deeper the snowfall. Success! Ben, our Golden, had never experienced more than a mere dusting and so did not quite know to make of such snow but soon enough he was bouncing like a bunny and shaking every stick he could find with ferocious glee. 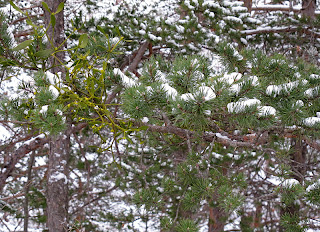 We had climbed to 1150 meters in altitude in a rather short period of time and I felt slightly dizzy and out of breath. The silence was so total that I could hear my blood pounding in my ears like waves in a seashell. I was filled with wonder at all around me, from the strange sight of mistletoe that had grafted itself onto a pine tree, to the comforting trickle of a stream in a gorge dangerously deep below. 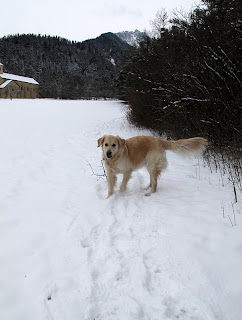 We crossed fields where there were no other footprints but our own and I took care to put my feet in Remi's tracks, to leave as little trace of my passing as possible. 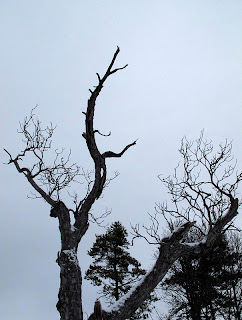 How utterly drained of color the world seemed to be. And yet not in the least of joy. I couldn't stop smiling. The cold makes me feel so alive. 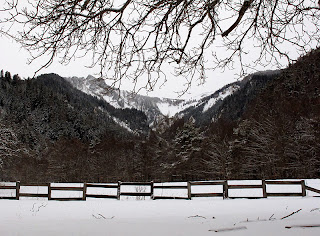 Quiet voices echoed on the other side of the monastery walls. Incredible to think that the first monks arrived at the Abbey in 1142 (and that when it was returned to the church in 1972, its magnificent chapel was being used as a stable). Today the Abbey is renowned for its mixité, an openness towards multiple religious congregations. The pine covered mountains wrap around the buildings like a blanket. It is a perfect setting for contemplation. To go inwards. I felt myself doing the same and looked forward to what discoveries the next few days would bring...Can you feel the quiet? 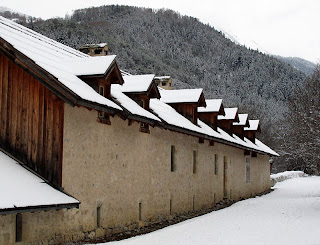 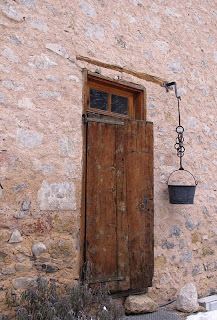 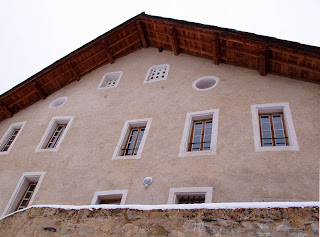 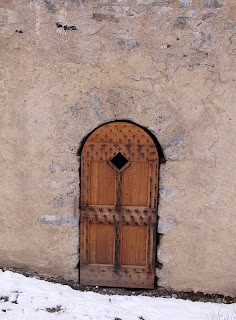 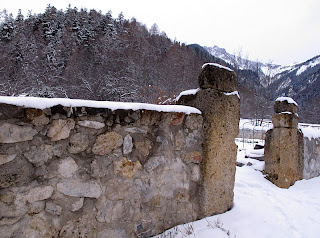 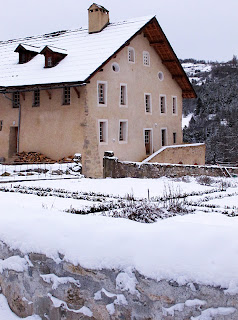 We had an excellent time and I will be spreading the results of my visit out (again!) over a few posts as I think that it is an opportunity to show a side of Provence that so few people get to see. 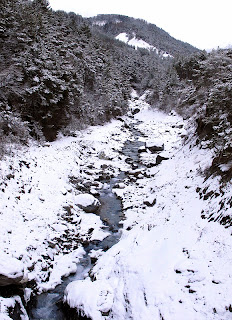 And as a completely, utterly unrelated postscript (as I know that many of you are fellow dog-lovers), I would highly recommend the article in on the New York Time's website: Wonder Dog about dogs that are being trained for placement with children that have special needs. The article is long but very worthwhile as is the accompanying short video.
Posted by Heather Robinson at Friday, February 03, 2012