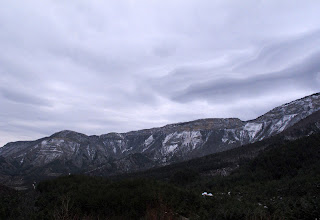 We stopped the car, realizing that we were, well, if not lost than entirely on the wrong road. As I got out to stretch my legs, I sucked in my breath from the cold and the sight of a liquid cloud, spread across the sky like an ink stain. "It is snowing in there," I thought to myself with pleasure, imagining all the things in nature that we don't see but are right there in front of us. 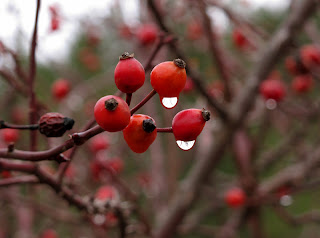 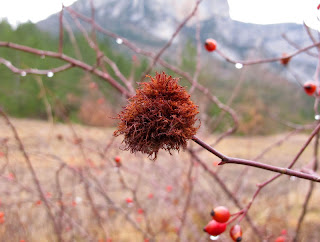 Once safely on the other side of the mountain, we stopped in a field outside of a small village. Neither the field nor the village had yet awoken from the night before. Frost glistened and dew dropped from winter berries and their pom-pom fronds. 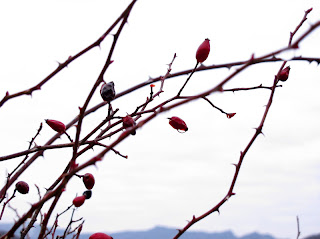 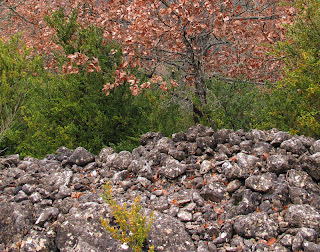 Further on, the remains of an ancient wall crumbled into the folds of the earth. Forgotten, forgotten the houses here before. Shards of terra cotta roof tiles pulsed with a slight covering of verdigris lichen and roots crawled crab-like to warmer climes. 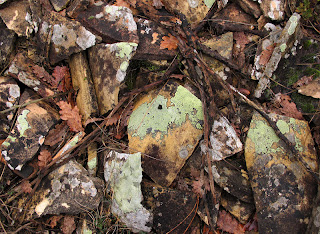 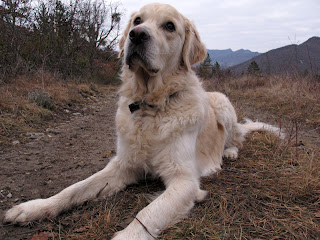 I sat next to Ben, as patient as ever and took in the world from his point of view. So much life within the tiny patch of dirt near his paws. Two miniscule beads of water reflected or refracted the interior of the earth. Get closer. It is good at times to smell something as vague as life. 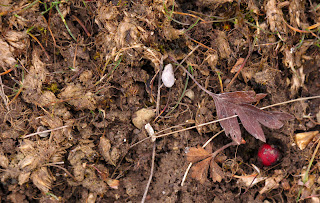 Remi and I had spoken the day before about my timidity in photographing people so when we both saw this Citroen 2CV battling down the lane, he pushed me to flag it down. 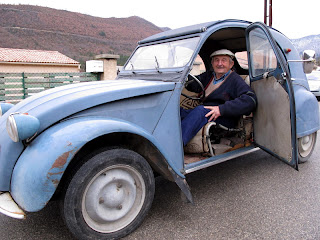 I was glad that I did. The gentleman in the drivers seat was perplexed and amused at my request but was willing to concede that certain étrangères might appreciate his car. The truth being that his face, his way of being was far more interesting. Out of politeness, he only and addressed Remi and spoke softly when he did. "Soon, we won't see that anymore," Remi admitted as the blue bug lurched away and he is right. Best then to take it all in while we still can. 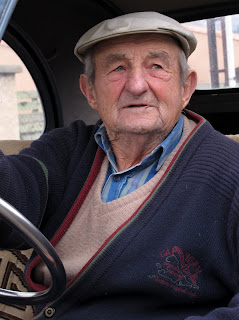 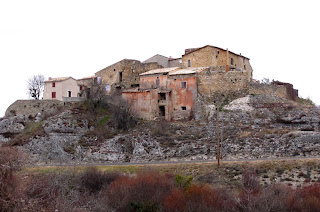 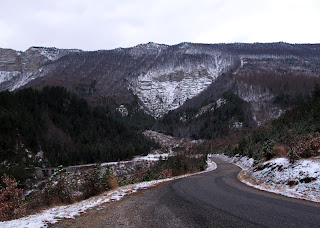