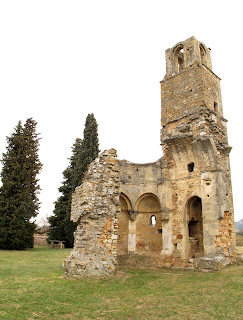 The elderly lady, her hair spun of cobwebs, leaned in on her walking stick and didn't miss a beat. "The Chapelle de St. Martin? Down the hill, " she pointed a finger like a scythe, "past the wine co-operative and take a left. It's about two hundred meters." Ok then. We twisted through the tiny village of St. Victor Lacoste, unconsciously holding our breath at certain turns as if we were sucking in the belly of the car for it to pass, then being spit back out onto the plains with nothing in sight. Save for a tower, surpassing the tops of the cypress trees. 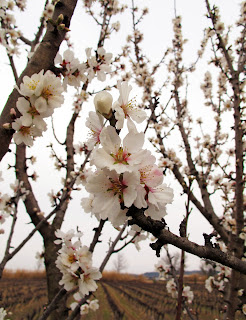 For that is all that is left. A lopsided pile of cream stone, pockmarked and bitten by a hard history. "How old is this?" I asked Remi as we pulled ourselves out of the car and into the still, still air. "One thousand years." He too didn't miss a beat. A carved plaque explained the tip of the iceberg historical facts. The original chapel was consecrated in roughly 1050. A castle was built by Count Rostand de Sabran (I don't have a clue who that is but am in love with his name. Say it out loud, you won't regret it) in the 10th century but was torn down in 1223 by the order of King Louis VIII. In earlier times, the village was known as Ad Victorium Sanctorum, which means that as usual, the Romans picked the good spots first, especially those blessed with an underground spring (more on that soon). 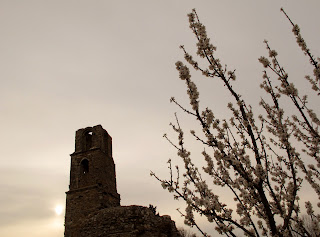 Considering its previous rack and ruin, the lieu was so peaceful that I immediately felt at peace. A deep peace that replaced the chipped chatter running on a loop behind my eyes with the rustle of one brave almond tree in bloom. Just one but with enough blooms to perfume the scene with such utter sweetness. 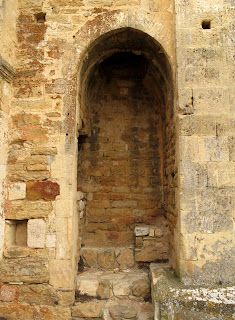 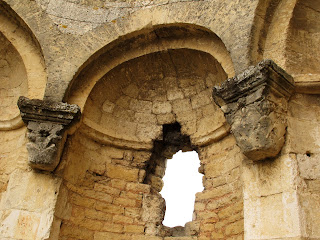 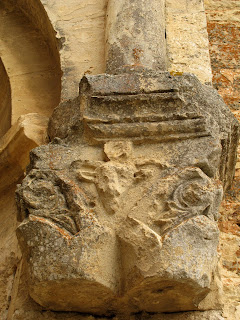 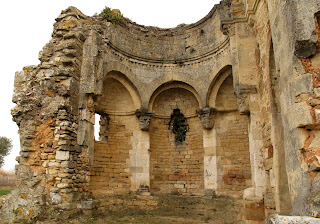 Neither of us wanted to leave and so we stayed. 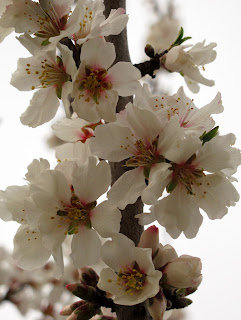 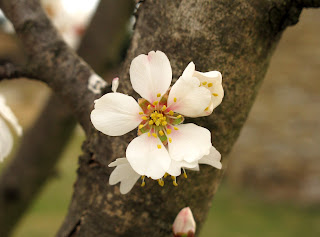 The Chapelle de St. Martin, as little of it remained, became in my mind, a sort of Good Witch to banish the gloom of the Haunted village that had held us in thrall. Just replace Glenda's glittery gown with pink petals and revel in the coming of spring. 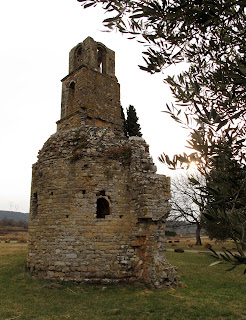 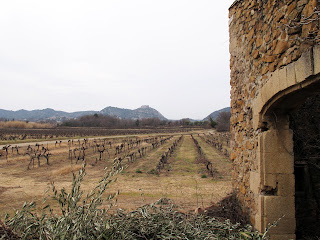 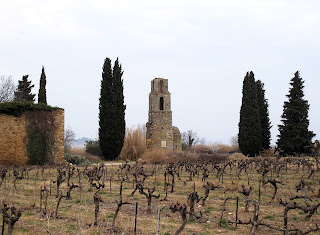 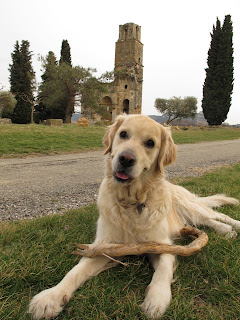