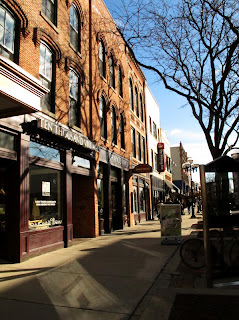 Oh my, I am getting behind in my posting--simply because I am taking too many photos and yes, as Remi rightfully accuses me--am not editing enough. So my head is often entirely somewhere else. Actually, it seems that can be said of many of us in this in-between season time. Our weather has been precocious--t-shirt bearers swan in the sun one day then shiver under turtlenecks the next. No wonder we are all confused! 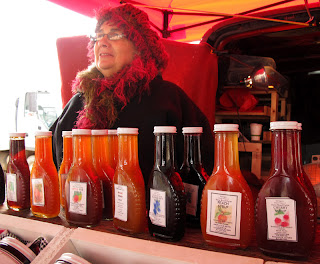 So lets bump back to Ann Arbor, Michigan a bit--best to put this and one last post out there quickly before spring demands my full attention here in Provence (not to mention that I actually still have a post to share from Sisteron when I was knee deep in the snow--now who, I ask you, wants to see that? Perhaps my Australian friends who need a break from their summer heat?). 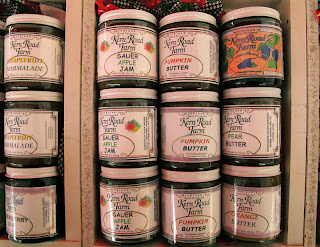 The weekend is fast approaching so it is perfectly appropriate to return to a quiet Saturday morning in A2. Our first stop was the Farmer's Market, a very popular outing even in the heart of winter when fresh veggies are slim pickings. But look at these rainbow eggs! That is the making of one happy omelette, especially once you know how well-raised the volailles are that produced them (the only thing they are missing out on are hot-stone massages it would seem). Not to mention orange chipolte vinaigrette or creamy pumpkin butter, winsomely praised by chatty sellers who can sniff out your soft spot for something kind of like what your Grandma made...but 'organic'. 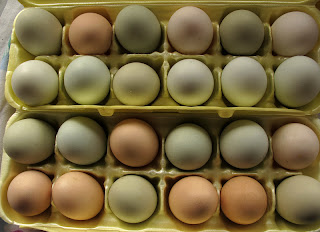 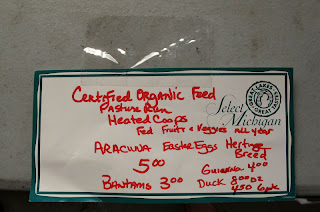 As this is the Midwest, there are frequently links to a prevalent Germanic heritage with several varieties of sauerkraut on offer. But, as this is cosmopolitan Ann Arbor, The Brinery also produces some seriously fiery kimchi... 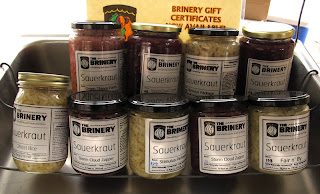 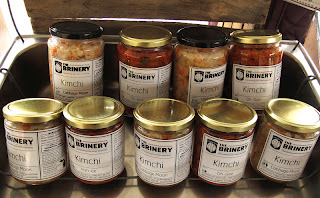 ...one that could easily be served at the funky, graffiti-covered Kosmo Lunch Counter, a Korean diner in the Kerrytown Market next door. If every single seat hadn't been occupied (with several folks hovering not so discreetly in the background for the next vacancy), I would have been psyched to have dived into a bowl of Bi Bim Bop, their specialty. 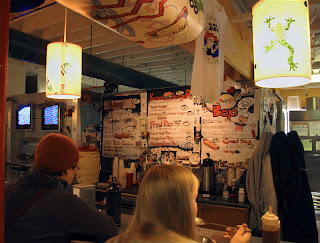 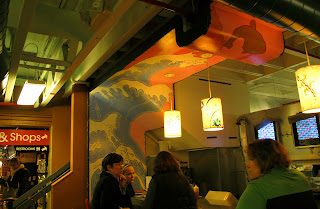 Instead, my Mom and I strolled through Hollander's, one of the largest suppliers of decorative wrapping papers and bookbinding materials in the country. The Palazzo in Venice-esque paper especially caught my eye but there are styles and a range of colors to suit any taste--a visit is practically a crash course on design variations. 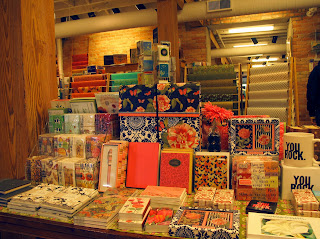 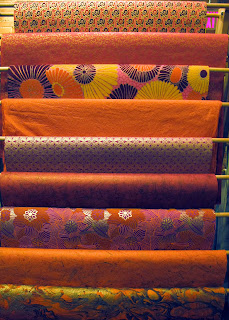 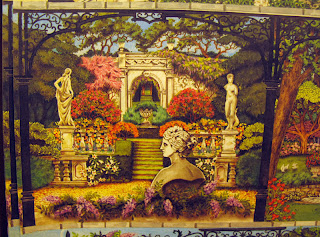 I wish that I had taken more time to photograph the architecture downtown as we headed hungrily towards The Jolly Pumpkin. It has kept its charm and character and I could easily envision myself living in a loft in one of the renovated brick buildings. 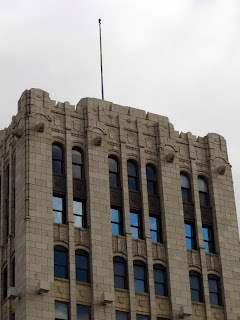 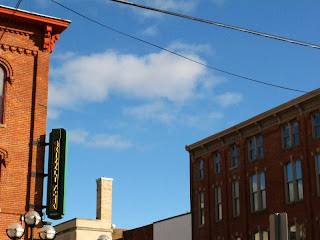 ...but even more so in a delightful cottage such as this, of which there are many, many, many--each painted more joyously than the last, something to battle against the frequently blustery winter skies. Blue and gold banners for the University of Michigan sway from even the finest of homes--these folks are proud of their Wolverines. 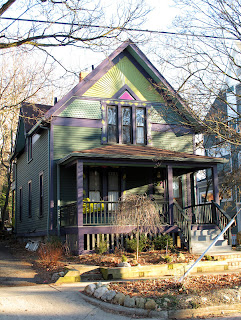 Being so close to Detroit (not to mention with many automotive plants in the area), American cars dominate the parking lots. I was surprised to see so many gas-guzzlers, rusted but with years still left in them. Perhaps surprisingly, they made me think of the "we will survive" attitude of the wonderful people I encountered on this and previous visits. Despite the torturous tides of the economy (several of the counties further south have experienced some of the highest unemployment rates in the United States), I have never felt pressure or sadness in the region. Just another Midwestern Saturday then but one that is full of an appreciation for the good breathe in, breathe out of life. 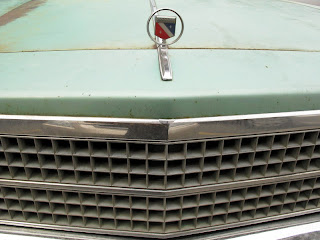 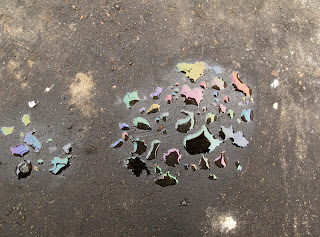 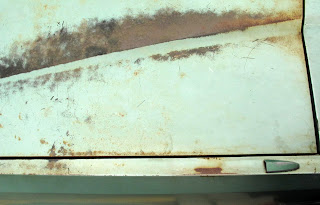