Reading for the weekend 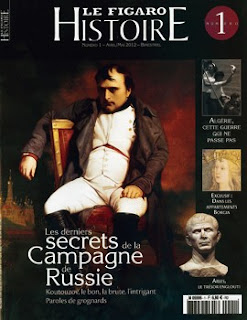 Hello there and hooray! Why the little whoop whoop you may ask? Well, it has been the polar opposite to last weeks sadness here in Arles.
For my French friends amongst you, I wanted to give a little head's up as Remi has two interesting stories out that might be worth a looksee. We are both delighted that he has a portfolio in the brand new magazine Le Figaro Histoire. Remi's photography showcases some of the finest treasures that were discovered in the Rhone River and are currently featured in a wonderful exhibition at the Louvre until the end of June. 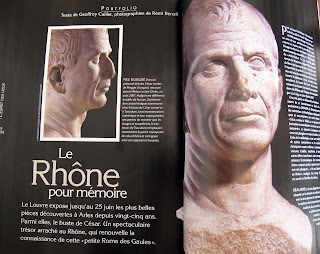 I was fortunate enough to assist on many of these photo shoots and really saw how Remi treated these Roman masterpieces as portraits. My little photos don't begin to do the publication justice. It is beautifully printed and I wish the magazine continued success in the future! 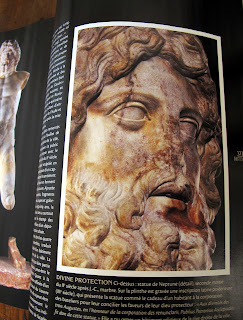 And if that isn't exciting enough, he also had a six page spread in Le Pélerin last week so that might still be on news stands as well--you never know! This also concerned the recent archeological digs in the Rhone and we were really delighted with the photos that they chose for the story. 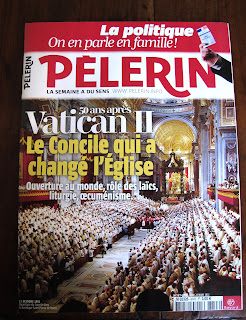 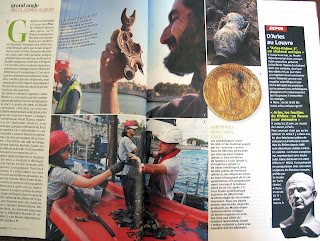 And for the many of you not in France? "Hey, what about us?" Now, now no need to get cranky as I have a recommendation for English readers too! 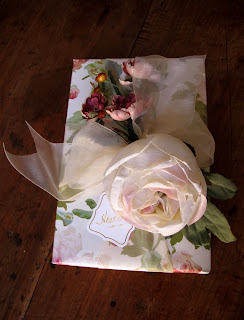 Several of you might know of the lovely Chris from her generous and beautifully written comments both here and around the blogosphere. Imagine my utter delight in receiving a present from her! And it was the most beautifully wrapped present I believe that I have ever received... 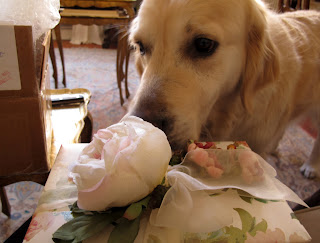 ...and apparently the best smelling one too! Ben would not stop sniffing the flowers. Ben, those are fake you silly goose! 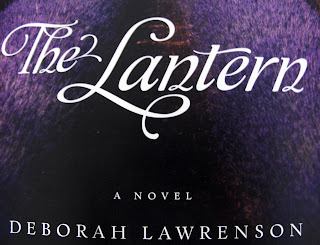 As loathe as I was to unwrap such a parcel, curiosity got the better of me. Inside, I discovered a novel that looks right up my alley: "The Lantern" by Deborah Lawrenson. Not only does it take place in our beautiful Provence but it is apparently "Everything you could want in a gothic mystery that doesn't also include a heroine named Jane Eyre"--whaaaa? That is exactly the book that I am currently rereading! It's kismet!
Thank you as well, Chris for the incredibly kind words that you wrote in the card regarding this blog. I know that I say it all the time but I feel so fortunate to know you all! 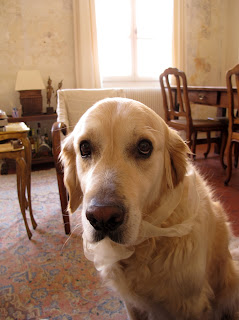 PS. Ben may not know how to read but he sure does know how to communicate...
Posted by Heather Robinson at Friday, March 30, 2012