One of the most beautiful villages in France? 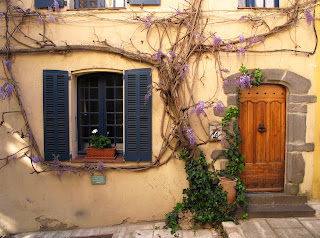 I am a bit of a spoiled traveller. Having had the Taj Mahal to myself at dawn, the Bayon Temple in Angkor the same at sunset, I don't like to feel as if I am, well, a tourist even if that is exactly what I am these days when out visiting. 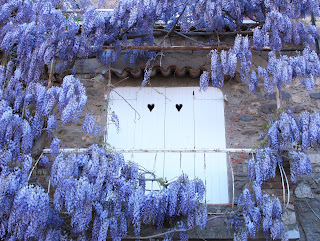 So there was a slight tingle, that vaguely uncomfortable nibble at my fingertips while we walked around the village of Grimaud. 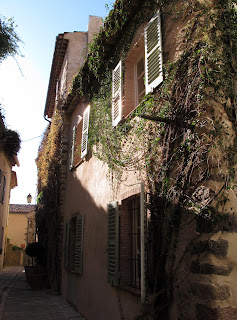 Is it charming? Why yes. But it is also teeny to the point of whiffing of "wee" while being packed to the gills with other folks just like myself with their cameras out and at the ready. 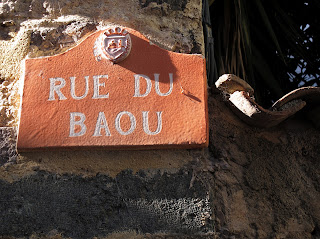 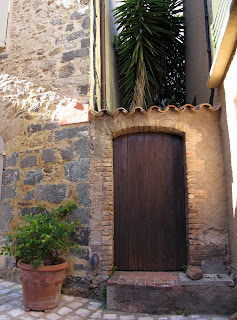 True, as I have already written about Oppede-le-Vieux and Vaison-la-Romaine, girlfriend is begging for her closeup at every corner. But something about this lovely lieu made me wonder if I opened a door I would find that it was only a stage set! 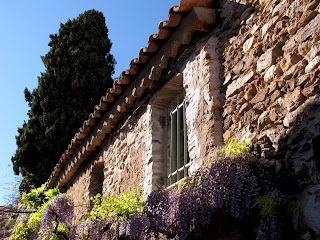 But I am being a snot--I warned you I am spoiled! Because really the sight of lavender springing out of an ancient wall, side-swiped by the afternoon light, was worth weeding through the groups lead by bull-horned earnest guides. 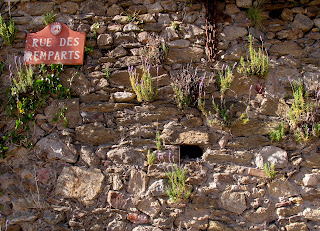 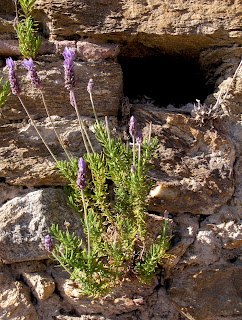 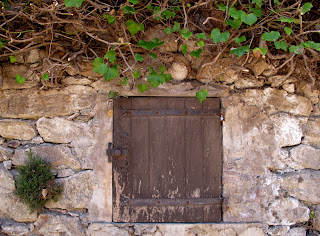 The wind picked up, giving us a little "how do?" as we crested the ruins of the chateau. St. Tropez glimmered like the unattainable jewel that she is as the land exhaled into the sea below. 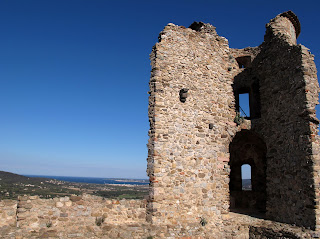 And so we too, descended and found...utter authenticity. At the bottom of a series of cresting waterfalls, we were lead by burbling to the Pont des Fées, or the fairy bridge. 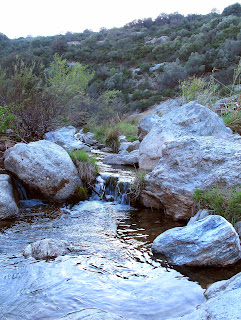 One thousand years old and still standing--although I did hold my breath while I crossed it! Who knows what kind of magic had inspired its name but to be spell-bound by it was exactly the sentiment for which I had been searching. And yes, here, we were alone. 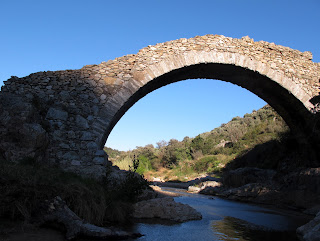