Risen from the ashes 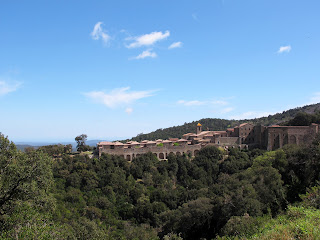 "You should have seen it twenty years ago," says our fellow visitor as we all gaze across the hills to the Chartreuse de la Verne. "It was in ruins." It is hard to imagine now and yet the history of this monastery has been heavily marked by destruction. Having been consecrated in 1174, it was burned to the ground twice in the 13th century, but also in 1318 and in 1721. It was pillaged by the Lords of Bormes in 1421 as well as by the Protestants during the religious wars. In 1790, it was sequestered under the Revolution. Thieving began at that time and didn't stop until 1959 when a guardian was finally installed, this despite its having been granted Historical Monument status in 1921. It is no surprise that so little was left. 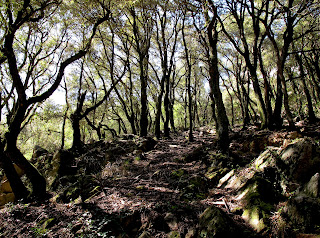 In 1983, the Order of Bethlehem took up residence in the monastery and a foundation has slowly pulled the stones back into place. Rising out of the Massif des Maures, the chain of mountains that make a final push before falling into the sea, this chartreuse or charter-house is perfectly situated for contemplation, despite being only 30 kilometres away from the bling of St. Tropez. 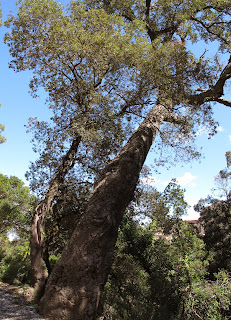 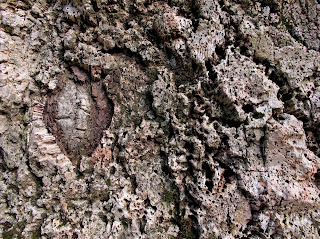 To arrive at the entryway, we climbed down then up a path lined with chênes liéges, or cork oaks, whose spongy bark is used to stop up our wine bottles. The forest seemed to be listening to our approach. 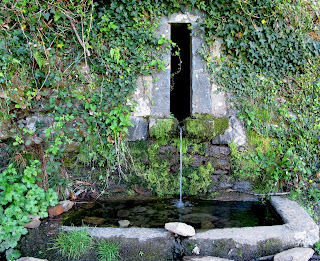 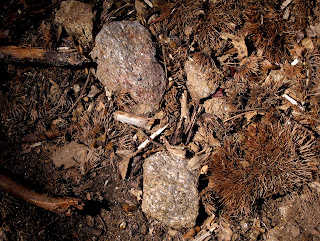 As we had Ben with us, we took turns exploring the monastery. I roamed the grounds, following the footsteps of a nun who had given me a broad smile. Chestnut trees twisted ahead, their forms a tortured symbol of the lands former state. Fallen treasures from the previous winter strewed the ground like earthy urchins. Ben sniffed happily. 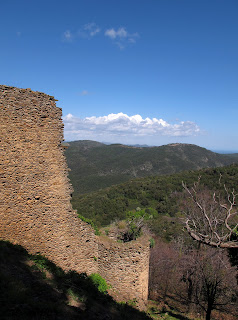 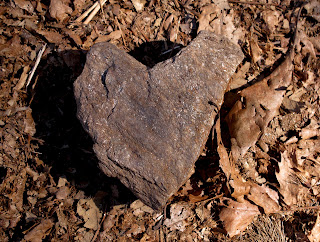 When it was my turn to walk within the quiet walls, I felt a joy wash over me as I watched several nuns decorate the main chapel for Easter. Their heads nodded together and they worked without speaking. We were told that the nunnery welcomes women from all over the world and it is not surprising. What a wonderful place to proclaim faith. Hopefully, this chartreuse will know nothing but solidity in the future. 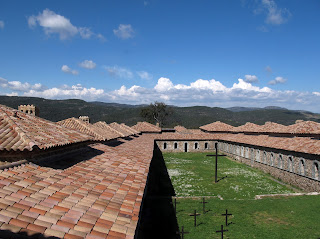 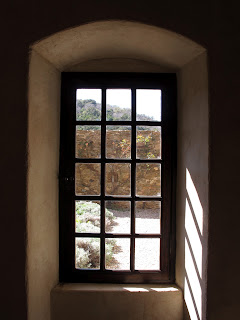 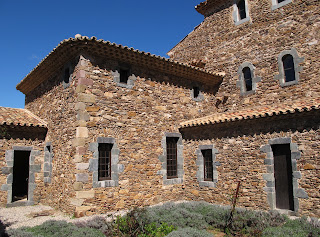 And as a little ps., one of the last of the videos. My apologies for having to turn your head to watch it. This is of Ben showing off a bit of what I call his "Picasso" move on the path to the monastery. He has done it ever since he was a puppy and sometimes his drawings are rather nice.
Posted by Heather Robinson at Wednesday, April 18, 2012