Cannes and the Ile Saint-Honorat 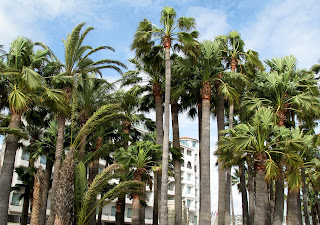 Sometimes I get the jitters. I see something so beautiful that tzzt, tzzt my brain freezes up and does not compute. Who gets nervous in the face of extreme beauty? Well, sometimes, I do. 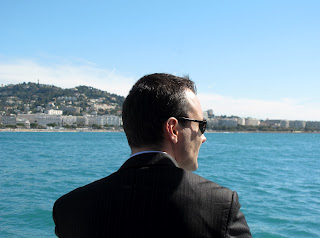 Yesterday I experienced one of those moments but for now, I will have to keep it under wraps and protect my memories with the austerity of the body guard above on the Baie de Cannes. 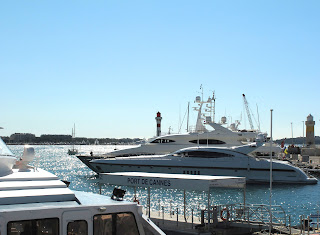 Oui, Cannes! And although the opening ceremony of the 65th Festival de Cannes will take place this evening (and yes, Francois Hollande was also sworn in as the French President today! Woopwoop!), our visit in April was a world away from glitter gowns on the red carpet. Time to replace the swank of the silent screen with an entirely different power play. 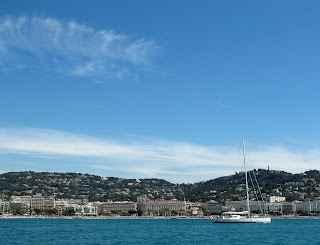 Remi, Ben and I watched the rooftop of the Carlton sink as our ferry pulled out to sea. After 20 minutes of a gentle rise and fall, we had arrived at the Ile Saint-Honorat, a shaded drop of rocks some 1000 meters from the Croisette. So close and yet so far... 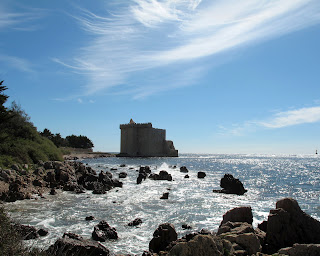 There has been a monastery on the island for sixteen centuries. Yes, centuries. In roughly 410 AD, Saint Honoratus came to live as a hermit on the uninhabited island known as Lerina. By 427, monks from across Roman Provence had followed him to found a thriving monastery. 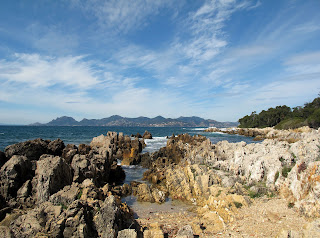 Many trials followed. Despite its eventual fortification, the monks were exposed to numerous attacks by the Saracens, young monks were captured and sold to Spain, the property was pillaged by pirates. And yet they persisted until the French Revolution, when only four remained. The island was privatized and sold. A certain Mademoiselle de Sainval, then a famous actress, turned the chapels into her receiving rooms. 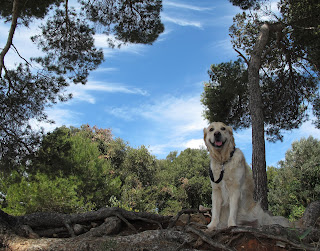 But in 1859, the monastery was bought by the Bishop of Fréjus. Ten years later, Cistercian monks from the Abbaye de Sénanque took up residence, a tradition which has remained until this day. There are 30 monks currently living on the island, which is, rather amazingly in my mind, open to visitors such as ourselves that are looking for a respite, our numbers restricted only by the capacity of the ten ferries that run the course from the mainland each day. 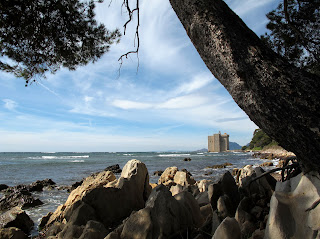 Peace seems to fall from the trees and whisper on the waves. A bit too perfect, it is hard to take in. 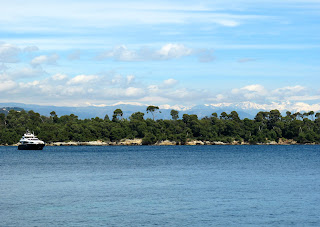 Just beyond the neighboring Ile Saint-Marguerite the Alps puncture the sky with their chalky white peaks. Is it mirage? How can the snow and sea be so close? 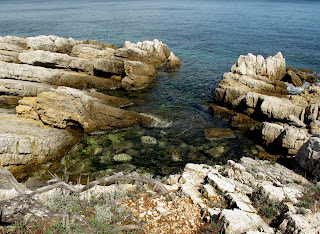 Words fail me, my eye starts to falter. My camera could not capture the truth of a blue beyond believing no matter how much I wished it to. 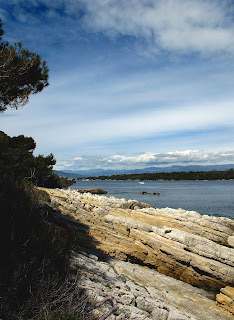 Better then to admit defeat and go to lunch, n'est-ce pas? 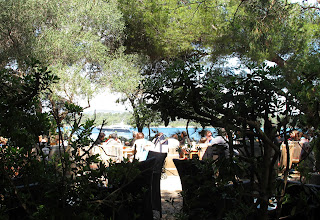 Yes, there is one restaurant on the island, La Tonnelle, and it is good. My only advice would be to immediately reserve for lunch upon stepping off the ferry and go early enough to be assured of ordering the menu at 25€ for two courses or be prepared to pay the piper of La Carte. After taking a sip of an  excellent, slighty salty white wine (made by the monks) that I had ordered while waiting for our table Remi turned and said, "You did see that the wine is 9€ the glass?" I nearly did a spit take. Next time, we will bring a picnic. 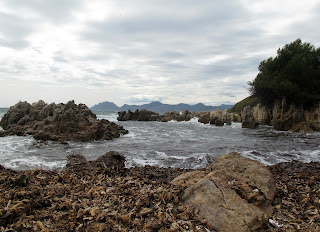 Clouds lowered as we finished our repas and yet the island was all the more appealing for it. 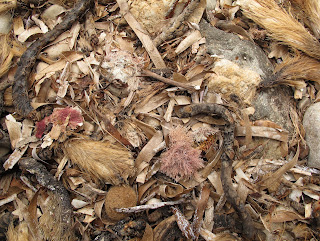 The many shades and textures of the shoreline popped into relief. 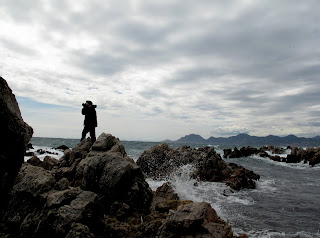 I fingered scrubby brushes of palm while nervously watching Remi caper on the rocks. That man will do whatever it takes to get his shot. No jitters for the professional. Ever. 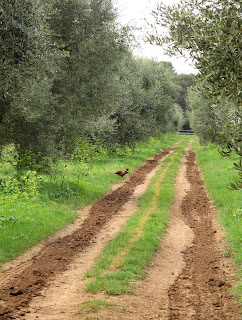 As we headed back to the dock, I saw a switch of feathers rustling in an olive grove. A wise pheasant who had chosen his home well. Somehow his presence wasn't the least bit surprising, only reassuring. 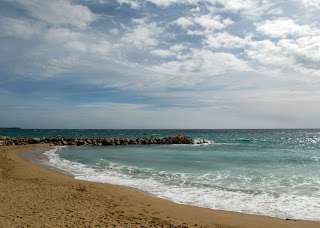 What a dramatic shift as we stepped back upon the shores of Cannes. The silence that reigns on the Ile Saint-Honorat swiftly imploded. 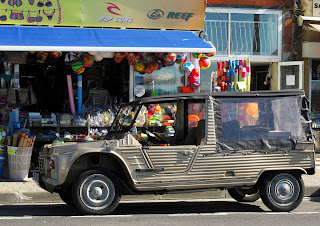 But it is a joyous Super Bass of beachiness that radiates all along the Cote d'Azur, especially early in the season when everyone still believes their luck is too good to be true... 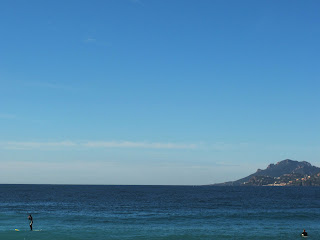 ...that they may find just the right wave... 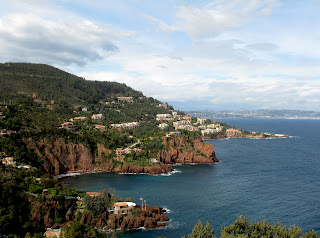 ...to surf on a surge of a beauty--the simple kind--all the way home. 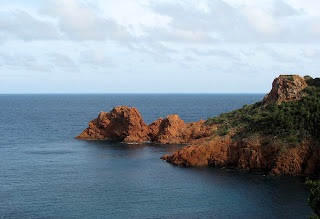