Stories in the stones 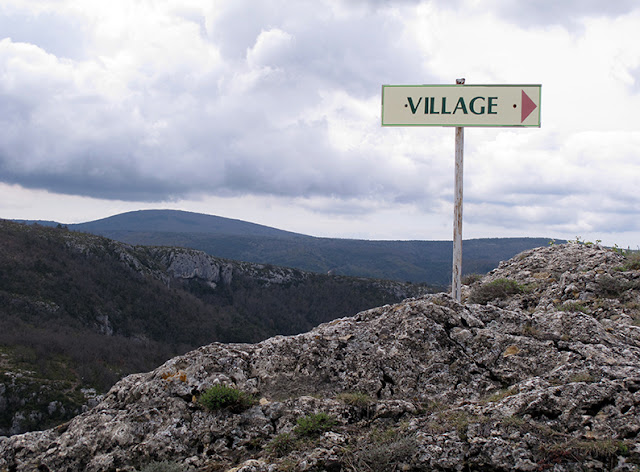 I don't think of myself as a typical American (or anyone a typical fill-in-the-blank for that matter) but in some aspects, I might be. Certainly when it comes to time. Because in France, I run through a cross-hatch of centuries like a pinball in a maze. And that is just while out strolling with the pupper. It can leave me feeling dizzy and off-balance, unsure of what to hold on to. I have such different references. But like a kid that just got up the courage to go down the slide backwards for the first time in her life, I love it. And then want more. 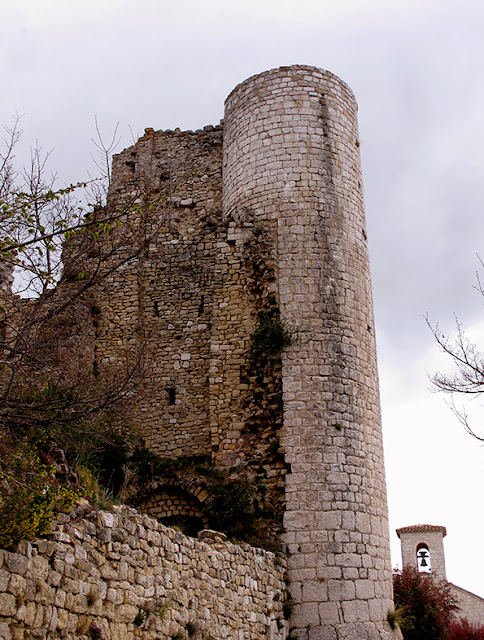 Because there are stories in the stones. And if you listen, you can hear them. But they always leave me asking after all that I don't know. 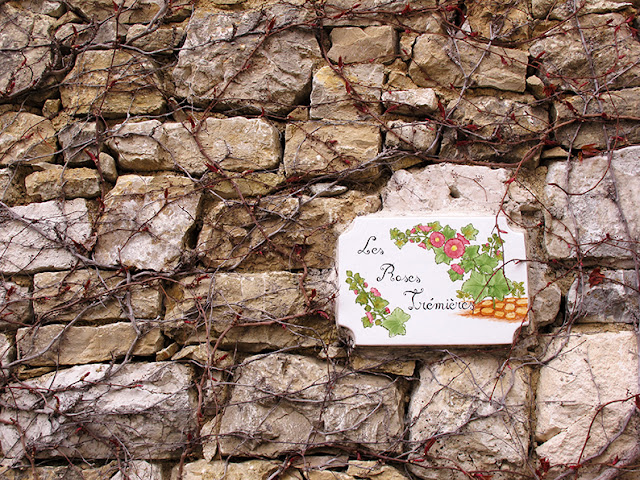 Who planted the rose bush that grew over decades to eat the facade of a fortified house on a hill? Was it a gesture of love that fed the vines better than any well? 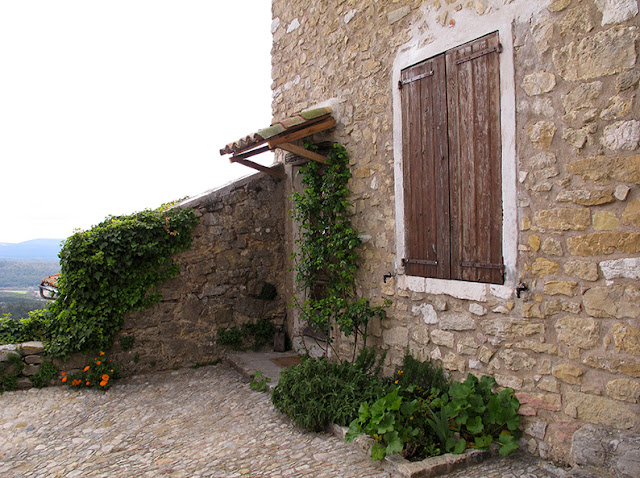 How many stooped to lay the cobblestones and brick the arches so solidly that they could outlast their makers? And do the structures now miss their former inhabitants? 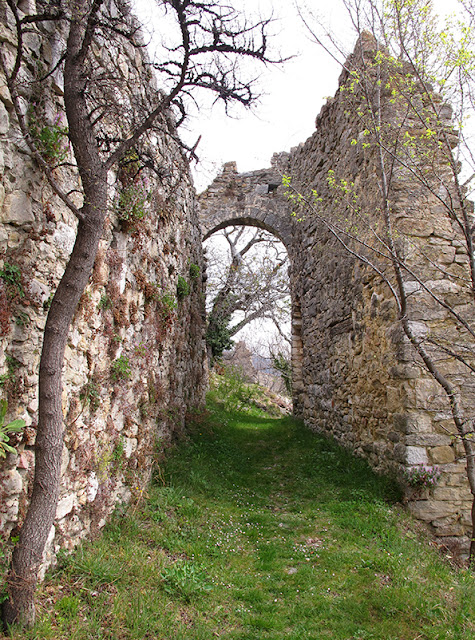 I walked around the village of Bargème in the Haut Var and such thoughts rolled around in my head. 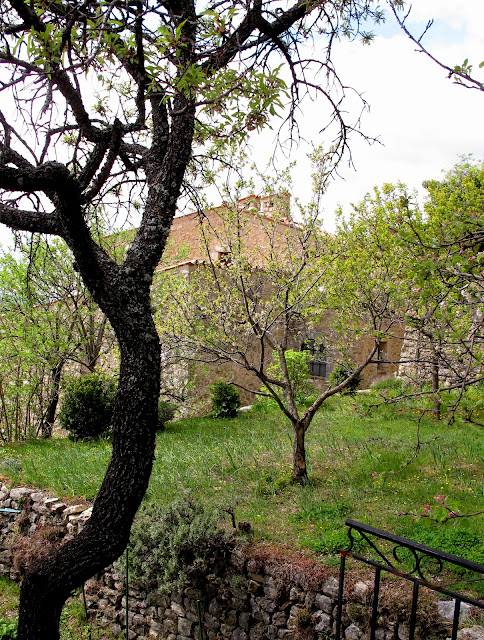 Garden walls seemed puffed up with pride for all of the many years they held tight the earth for children to run across, galloping in games. 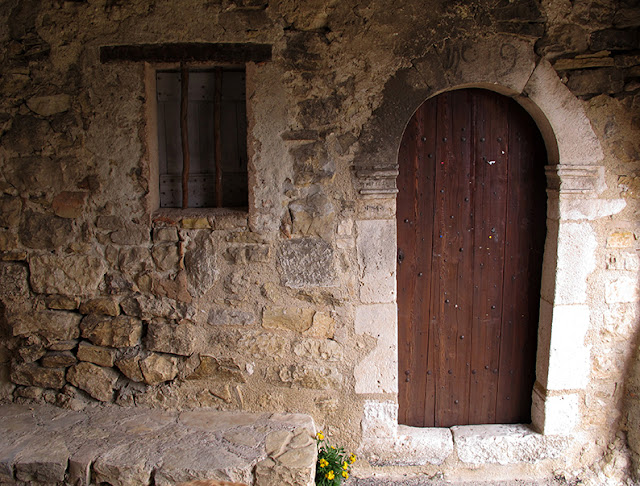 Similarly, a sense of community exuded from the stone benches where women gathered for decades to gossip while waiting for their loaves to bake in the local oven. 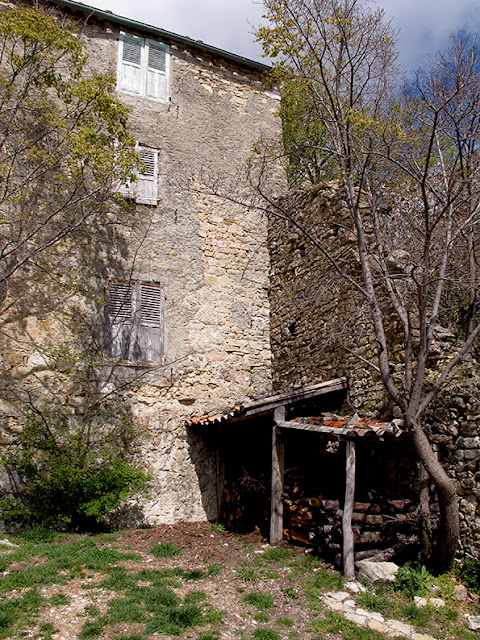 In no way did I find this wonderful little hamlet to be haunted. Not at all like that nameless village that I wrote about obsessively previously. No, despite the sun's hide and seek, a warmth of neither frenetic energy nor sleepy hollow filled and followed me. 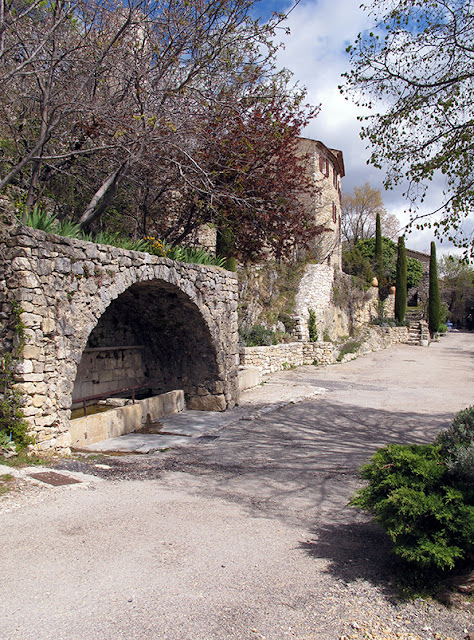 I could hear the mother's chiding young ones snapping freshly washed sheets at each other at the lavoir.  And wondered at the transition of the proud 12th century chateau to grate and grumble so infinitely slowly as to fall to ruin. 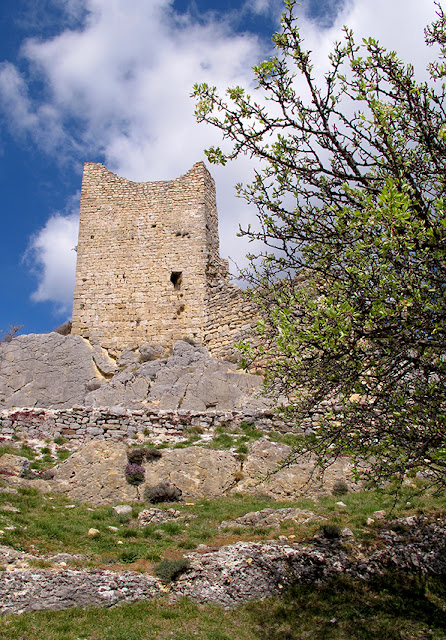 But perhaps the ruins and monuments, homes and chapels are simply happy with their view. For Bargème is the highest village in the region and exhales across a sprawling, curvaceous valley below. It has been heralded as "Un Village de Charactère" as well as the highly coveted title of "Un des Plux Beaux Villages de France". Personally, I prefer the former over the latter. For who wouldn't choose to have character over beauty? As une femme d'un certain age, these wise stones tell me so.

I would like to extend a truly heart-felt thank you to all of you who responded so generously to my previous post. Moments like that are really what make blogging unique and I feel grateful to be in contact with such an extraordinary group of people. Merci beaucoup et Bon Weekend!