View on the Rhone 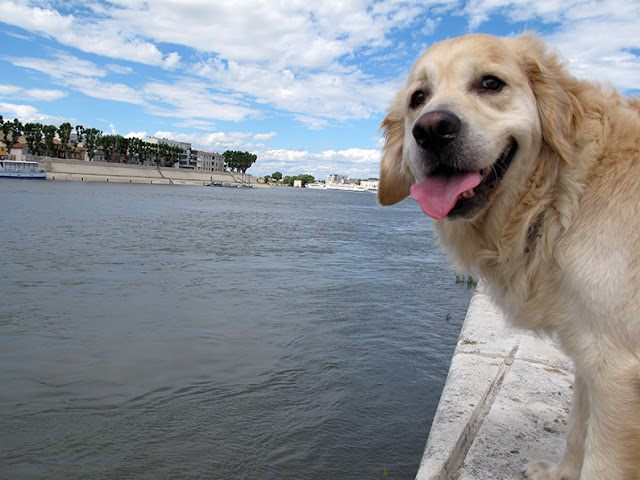 "Why don't you write more about the Rhone?" Remi asked one day while I was putting together yet another post rhapsodizing over the inherent power of the crumbly remnants of time. "What do you mean?" I tossed back with a casual tilt then scratch of my cheek. "The Rhone," he repeated flatly. I blinked and tried to look winsome. 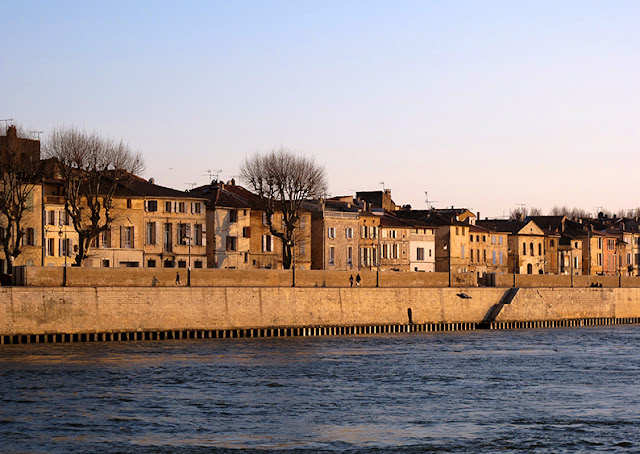 Yes, I know it is the reason why Arles exists, why Arelate or "town above the marshy lands" became so powerful in Roman times. Because a river runs through it. While preparing my first guided tour--given recently to an indescribably lovely group of Australian readers of this blog--its importance was a key thread of the conversation. Having the southern-most bridge before the Mediterranean while intersecting on the roads to Italy and Spain, it was the crossroads of Gaul. Spices and exotic goods came in, jars of wine, olive oil and fish flowed out, offering wealth for all involved. Times have changed--its days as an important port ending abruptly with the arrival of train transportation--but the river's appeal has not. 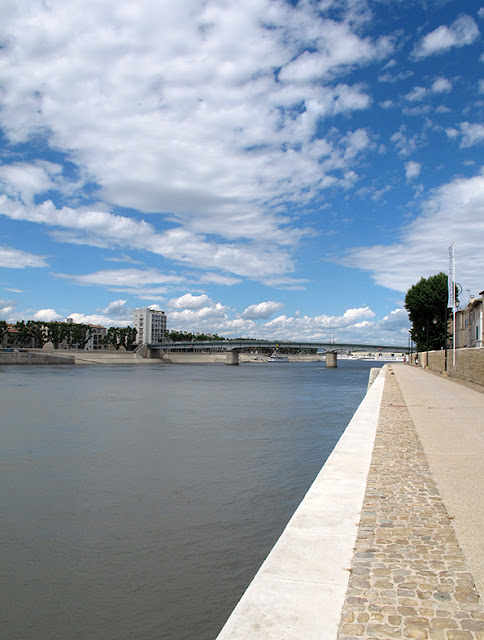 I love the Rhone deeply. I stroll the recently renovated quay with Ben, my Golden Retriever nearly every day and I am not alone. It is one of the social centers of the city, where one can be lost in thought or cling laughingly to the arm of a companion. It is ever-changing depending on the light, the time of day, the season and roil of the current. Vincent Van Gogh painted it often, also drawn to its mercurial nature. 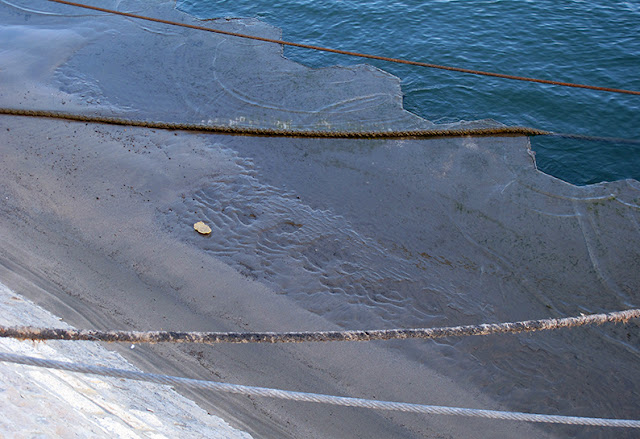 Which, I realized this morning is exactly why I don't mention it more frequently despite it's being such an important part of our daily lives in Arles--parce que le fleuve coule, it slips through my fingers. I can't capture it in words or images in any way that is satisfactory to me but I can try. I grabbed my camera, called my faithful canine companion and headed out the door. 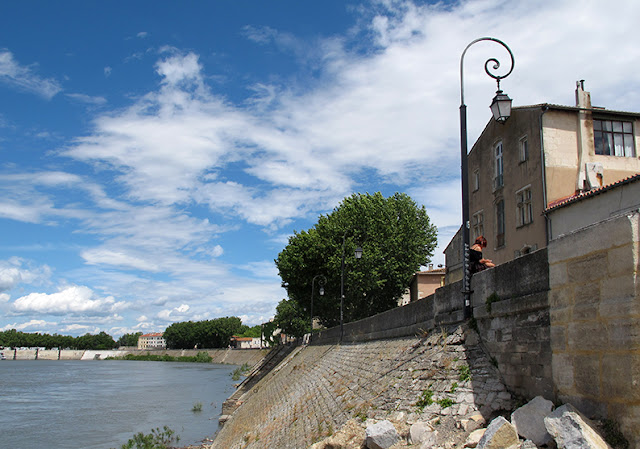 The Rhone is not neutral, it is nature. The Mistral winds can gather enough force off the winter waves to knock a strong man down. In 2003, the river rose with the rains to kiss the underside of the bridge, spilling over the banks and leaving many homeless for months. But I prefer to focus on all it gives. It is where I have gone on my darkest days, confident that the tide would pull my worries away and where Remi and I walked to celebrate buying our first house here, one whose roof terrace looked onto its shimmering surface. Perhaps that is why the Rhone makes Arles synonymous with home. It is hard to imagine living without it. 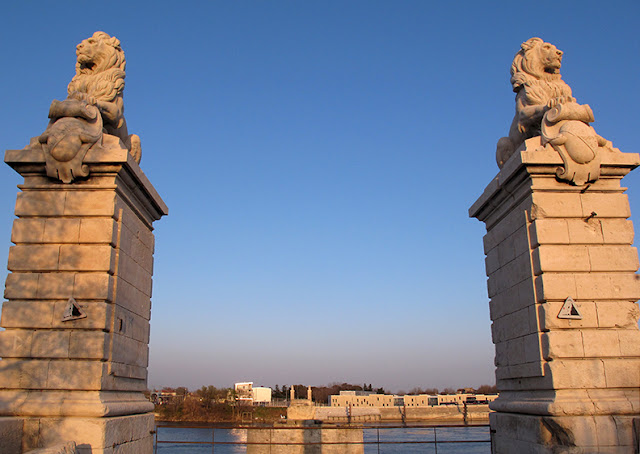 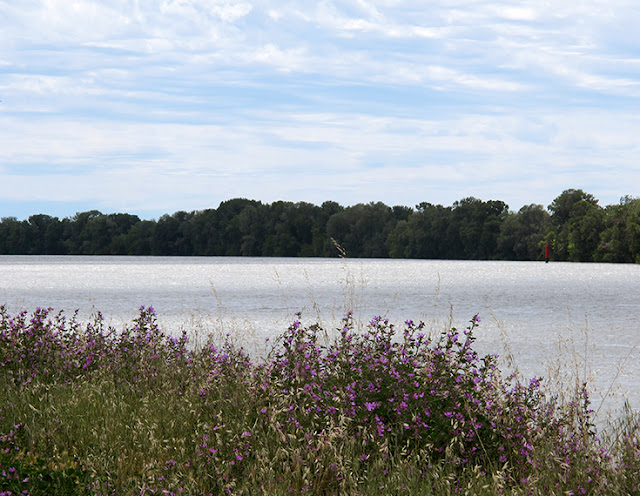 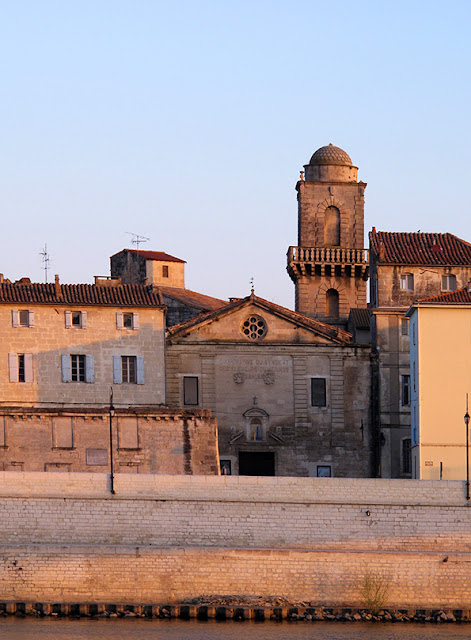 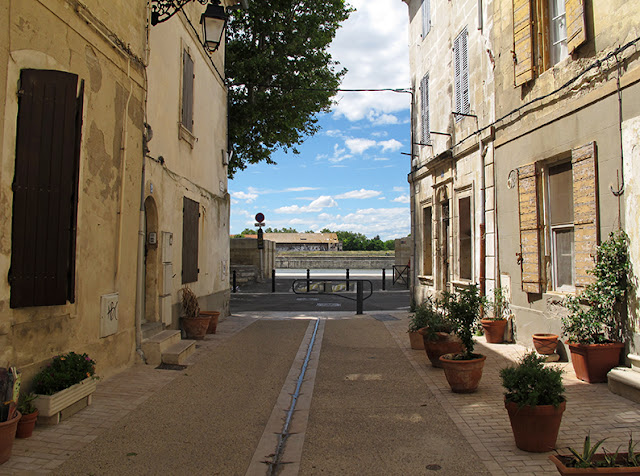 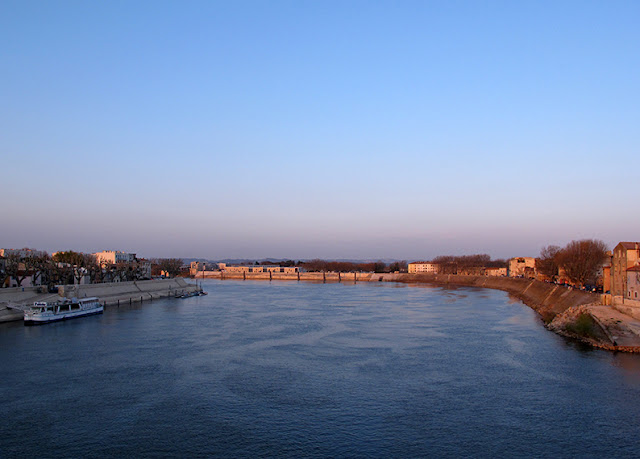