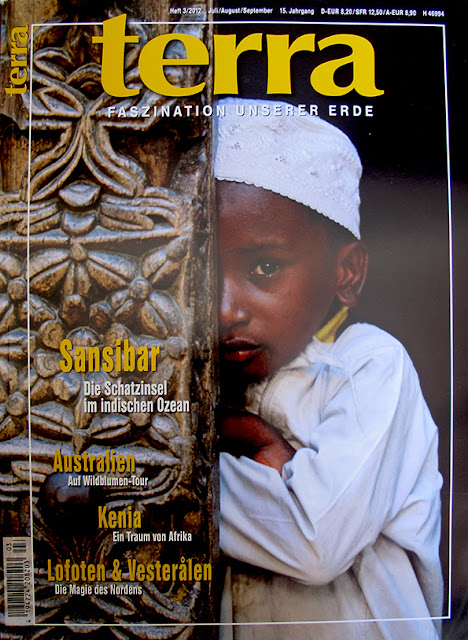 Hello everyone! I wanted to give a little heads up for my friends in Germany. Remi and I have a story in the current issue of Terra Magazine that will be on news stands through September. Covering a gorgeous twelve page spread, it concerns the  phoenix-like renovation former Imperial City of Huê in Vietnam. 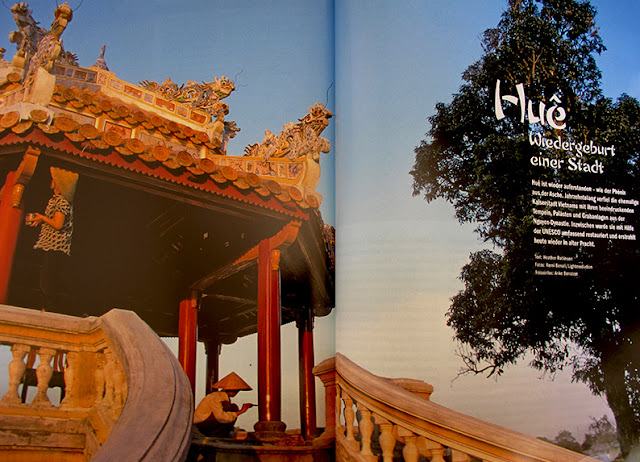 As I mentioned recently, we had a fantastic time covering our voyage up the Mekong River for Grands Reportages Magazine (I believe I need to make a "Past Adventures" post about it!). We stayed in the region after the cruise ended and with our own funds produced the story on Huê, which originally appeared in France for Figaro Magazine. Our time there was precious. For despite having been heavily bombed during the Tet Offensive in 1968, the monuments retained an innate grace even before UNESCO's renovation had returned them to their former state of beauty. It was equally interesting to be in a former Imperial City at a time when the population was beginning to embrace the traditions of the past. 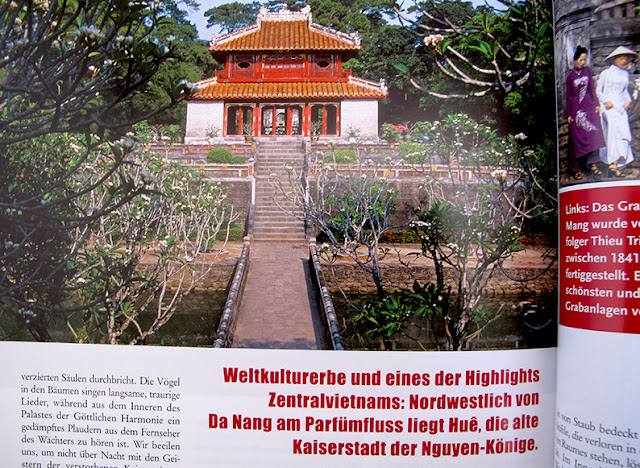 The ambiance was nothing short of magical. Here is the final paragraph of my article:

"A stream of images swirls past us as we zoom through the city’s streets on the back of a motorcycle. An elderly woman addicted to chewing betel nut flashes us a frightening black-toothed grin. A string of shops sell nylon wedding gowns as puffy as wearable marshmallows amidst internet cafés where every seat is fought over at lunchtime. Steam pours out of portable stands selling pho, the frothy noodle soup. A gentleman dressed in pyjamas proudly offers two perfect eggs for sale by candlelight at the night market. And always, there is a sense of time as moving both backwards and forwards with the flow of the traffic as it shifts for position. Perhaps it has taken over 30 years to arrive at this moment. For in Huê, the past is not a 'Lost Time' after all, but part of a present that is still evolving, zooming forward like the students on their bicycles into the future."
©Heather Robinson

To see more of Remi's lovely photographs on Huê: www.remibenali.com