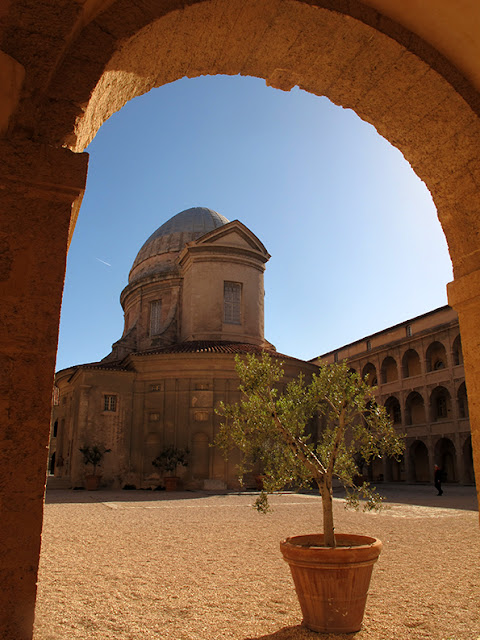 Yesterday was belle bleu bling of the rub your eyes in Loony Tunes disbelief variety. "Let's go to Marseille," Remi tossed out just as the coffee was kicking in. "Where did that come from?" I wondered. "We never go to Marseille." Have you heard its reputation? If rumours were to be believed you could not cross the street without being blind-sided and mugged then trampled over by vagrants.

Now, you would think that with our travelling experience, we would know better than to listen to les préjugés défavorables. Alas, um, nope. I believed the hype. Me, who used to walk home past Show World in Time Square at 3AM with nary a wrinkle of fear.

So it was with triple delight that I opened up my eyes to a vibrant, fascinating city. And there was nothing random about it, Remi had a plan. He always does. Our destination? La Vieille Charité. Built in the 17th century, it was as an almshouse for the poor that, while sounding like a refuge, was essentially a prison for beggars not to mention a workhouse for children. In 1760, there were over one thousand residents. After the French Revolution, it was taken over by the homeless and fell into disrepair. 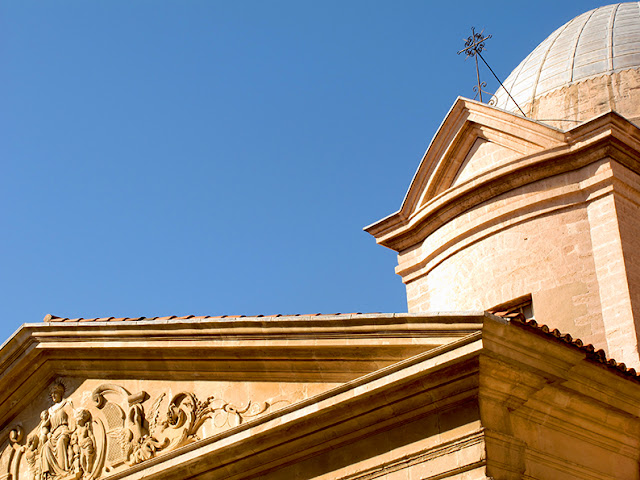 It was the influential Minister of Culture André Malraux who spear-headed the movement to restore the facility to its former Baroque glory, a process which would take over sixteen years. 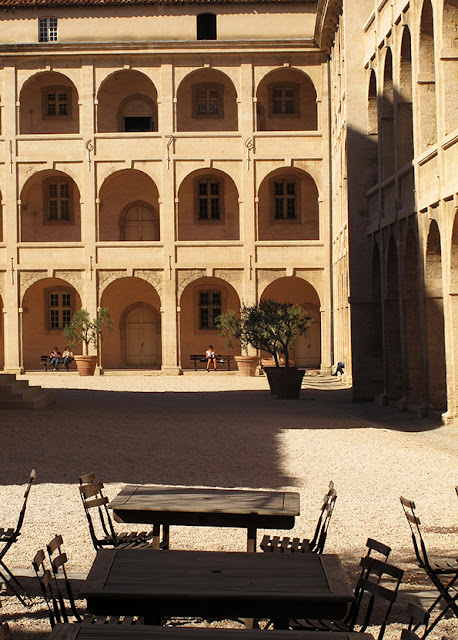 Today, the Vieille Charité is home to several museums and is a thriving cultural centre. 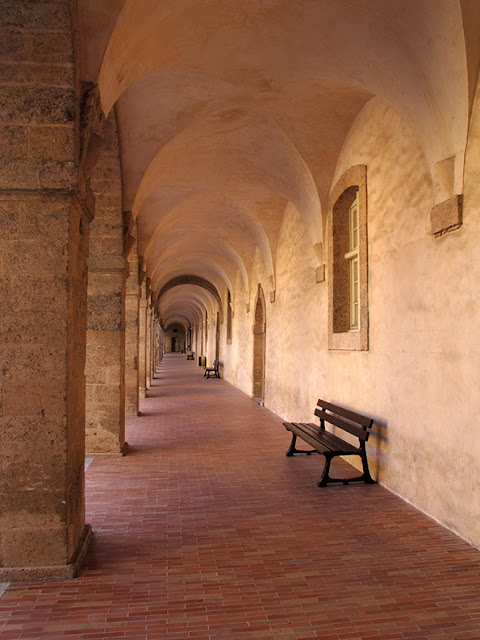 There is nothing like ART to shake away the sadness of the past now is there? 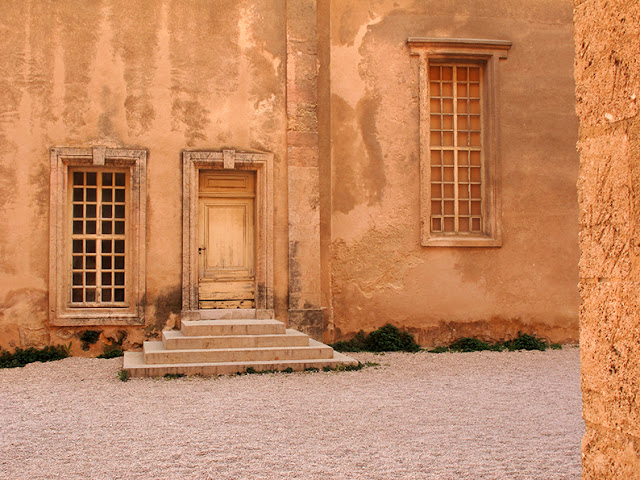 With the light ping-ponging off the warmed up stone, we felt nothing but light, happiness... 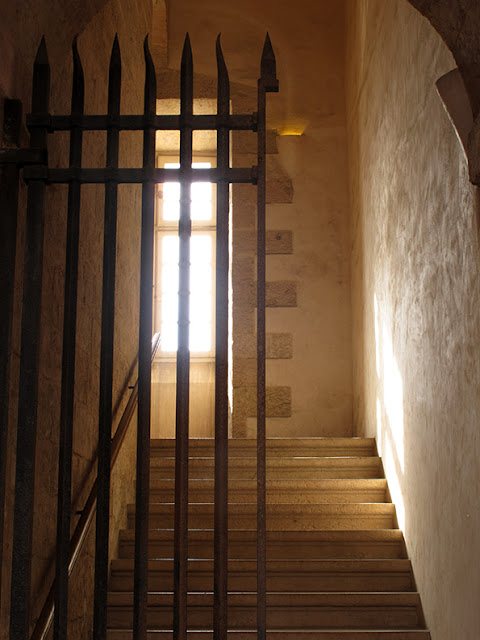 The absolute main reason for our visit was a last dash to see the exhibition "Vestiges" by famed Magnum photographer Josef Koudelka. From 1991-2012 he voyaged across nineteen countries around the Mediterranean to document the remains of the Roman and Greek archeological sites.

The result of his journey is absolutely stunning. Remi and I were both left breathless.
Unfortunately, I couldn't take any photos in the exhibition itself, so please enjoy by clicking here to have an inkling. Gorgeous. 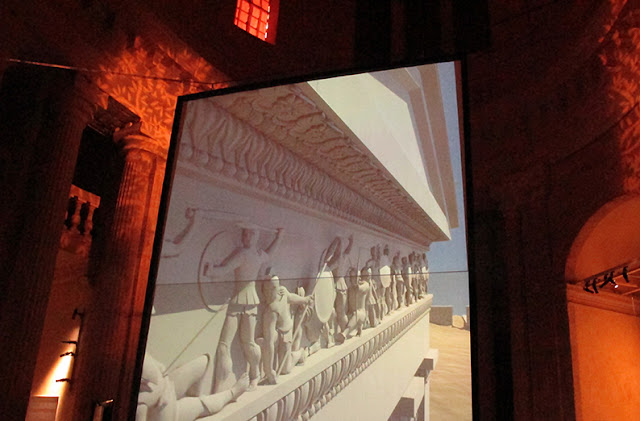 However, photography was allowed in the other temporary exhibition, The Treasury of Marseille, which featured 29 relics from the Greek National Treasury that had never been seen outside of their home country as well as a gorgeous 3D representation of the original temple at Delphi in which they were housed. 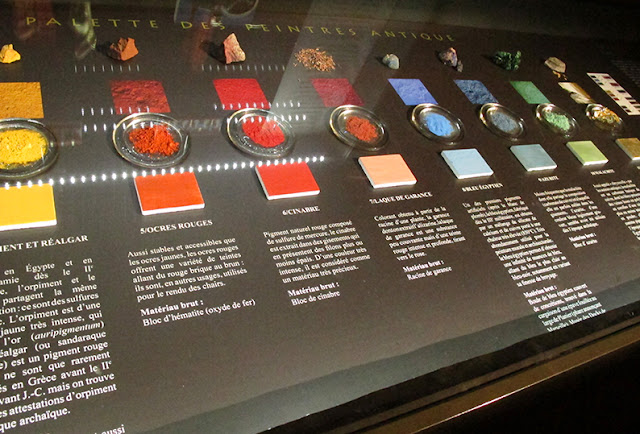 Admittedly, I was less drawn to the delicate fragments than to the bolder ideas, the colors and fluidity of the son et lumière, the sound and lighting special effects of which the French are true specialists. 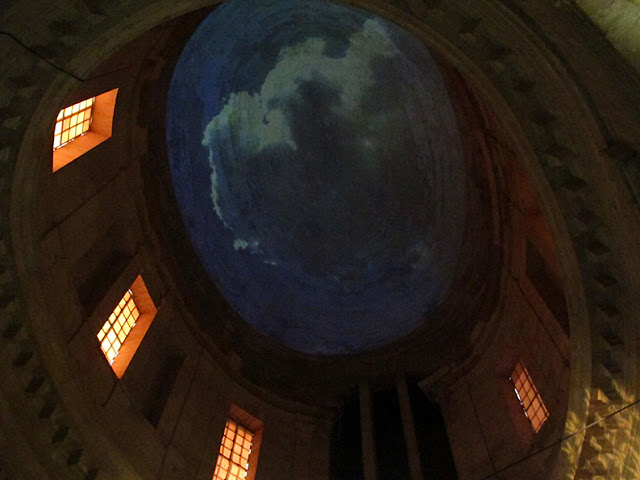 Whoever thought up having clouds blow across the roof of the chapel has my dear gratitude. I was transfixed... 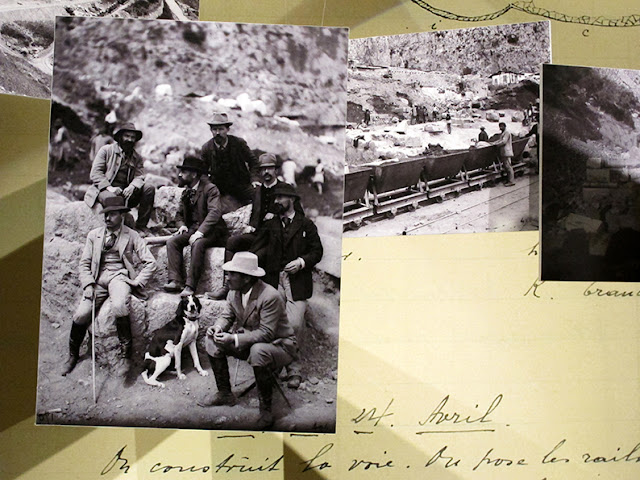 ...and left dreaming of what it was like to be an explorer then... 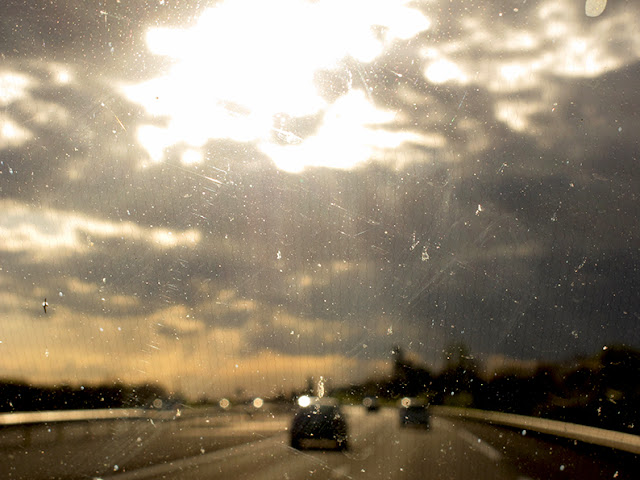 ...and happy, very much so, to be an explorer now.

Both exhibitions are a part of Marseille-Provence 2013, where the city and the surrounding region (including Arles!) have been declared the European Capital of Culture. There is so much more to see and I will look forward to taking in all that I can and hopefully bringing you along for the ride...