Come into my Lapidaire... 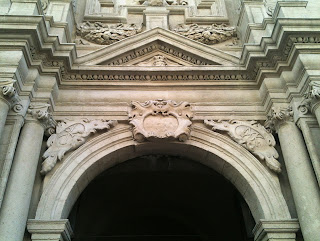 History, history. Draped around my torso and puddling at my feet in the longest gown. When I walk its train stretches behind me and around here in Provence. The hems kiss such Roman stones and Gothic spires in just an every day kind of way. I am grateful for the comfort, the fine company.

So when I discover a true atelier of time's treasures, I can't help but share it with you, most certainly one that is hidden in plain sight. The Musée Lapidaire has been housed in the 17th century chapel of the former Jesuit College since 1933, smack on the main artery of Avignon. But today, perhaps so many people are busy with the contemporary folly of lécher les vitrines of the H&M across the street that they don't bother to part the massive red curtains at the entry.

Well, it is their loss. The Greek, Roman and Paleo-Christian statues, vases, funerary monuents, mosaics and sarcophogi are gorgeously accentuated by the white stone Baroque architecture. And while I am, unsurprisingly, a great admirer of Arles' own anitiquities museum, I must say that the Musée Lapidaire has a mighty fine collection, one that is beautifully presented in such a small space. Surprises abound, most especially over the magnificent Greek vases that were bought in the 18th century from the aristocratic Nani family of Venice. I don't think that I have seen anything like them during my travels so far. I was equally delighted by the Etruscan terra-cotta pieces, including the langorous reclining damsel below. However the museum's oeuvre-pricipale dating from 50 BC, "Le Tarasque de Noves," which depicts a flesh-eating monster (one still popular in Provençal lore today), gave me the giggles.

I bowed my head apologetically and pulled la robe d'histoire tighter around me as I continued on. 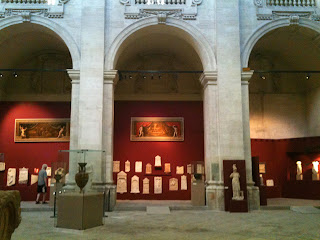 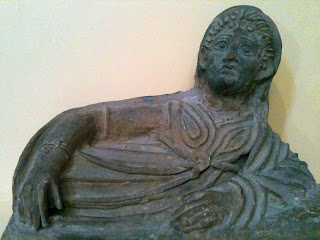 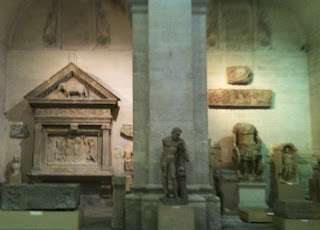 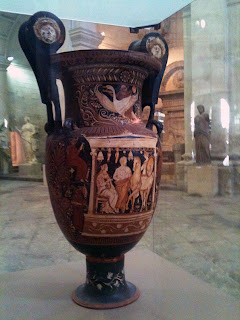 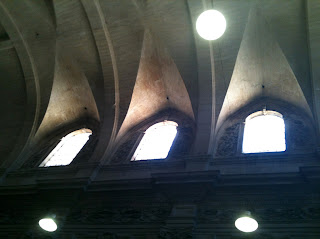 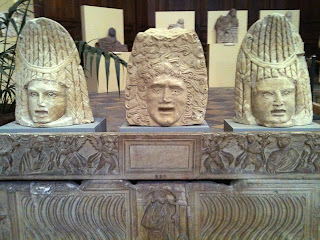 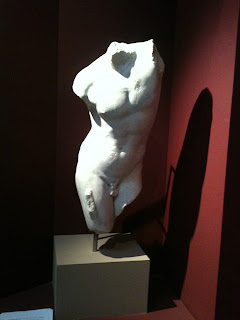 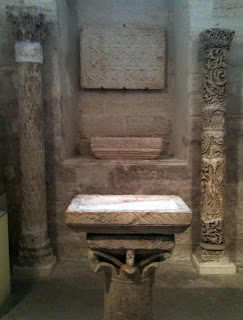 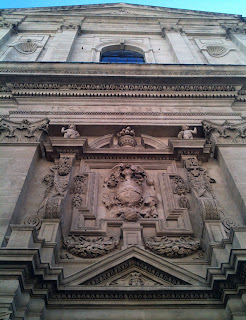 I want to send a very sincere thank you to all of you that so kindly sent birthday wishes via comments or email. They delighted me to no end and bring nothing but happiness, the best gift of all...

Yes, I had a wonderful time and so am passing it along, wishing you a wonderful week ahead!
Posted by Heather Robinson at Monday, August 12, 2013