Walking in the paths of Van Gogh 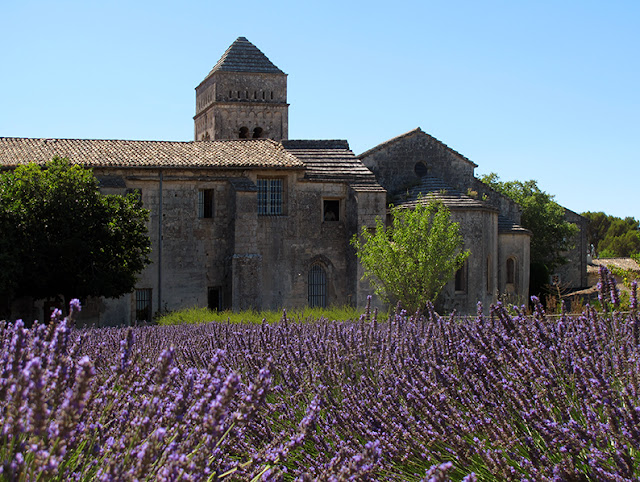 When Remi first made the fateful suggestion that we swing by the town of Arles on our way home from the Visa Pour L'Image Photography Festival in 2003, one name flashed into my mind: Vincent Van Gogh. It was reason enough for me to quickly agree, as I used to regularly visit his masterpieces at the Metropolitan Museum of Art and MOMA in Manhattan (and I still make pilgrimages to say hello whenever I return for a visit). I was only vaguely impressed by the town's Roman monuments but was immediately transported by the light, his light. It was one of the reasons why we fell in love with this small Provençal town. 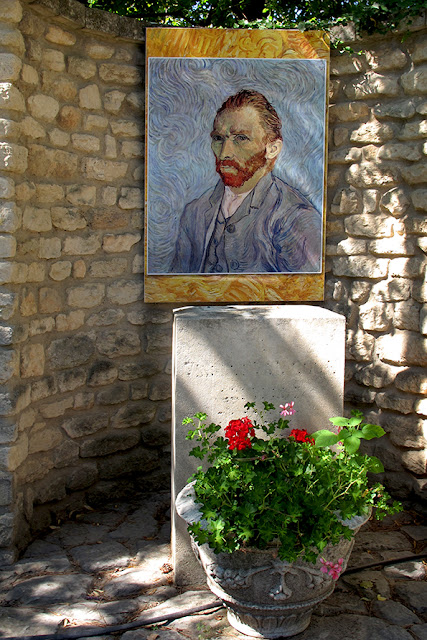 Van Gogh only lived in Arles for a year and yet it was the most prolific period of his career. He was as equally inspired by the color found in the landscapes as he was by the city's seamier underbelly. He was a believer and wished to create an atelier du Midi, an artist's collective similar to that which Claude Monet had formed in Giverny. After months of insistent demanding, Paul Gaugin joined him and yet it was immediately clear that he was not willing to stay. Their fighting increased until it lead to "the ear incident" where, in a fit of rage and despair, Van Gogh cut off a part of his left ear (most scholars agree that it was a little bit more than the lobe). When Gaugin found him passed out in a pool of blood later that evening, he hired several young men to carry him to the Hôtel Dieu. 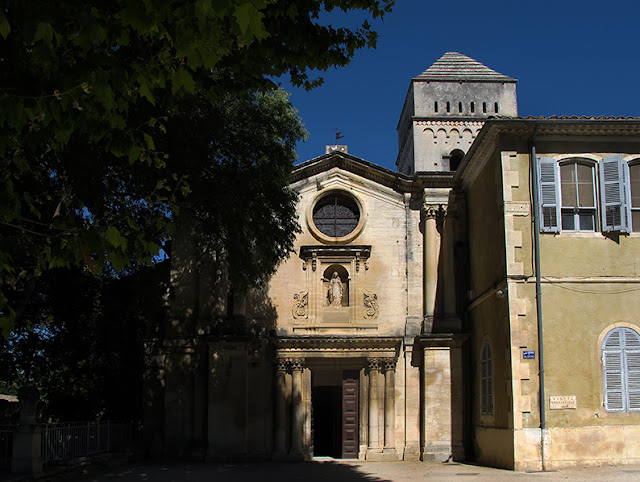 During his recovery, thirty townspeople signed a petition against the fou roux or red-headed madman, which lead to the closing of his carefully decorated Yellow House (later bombed by the Americans during World War II). After a brief interval, Van Gogh agreed to leave Arles and enter the Saint-Paul de Mausole hospital, located over the Alpilles hills in St.-Rémy-de-Provence. 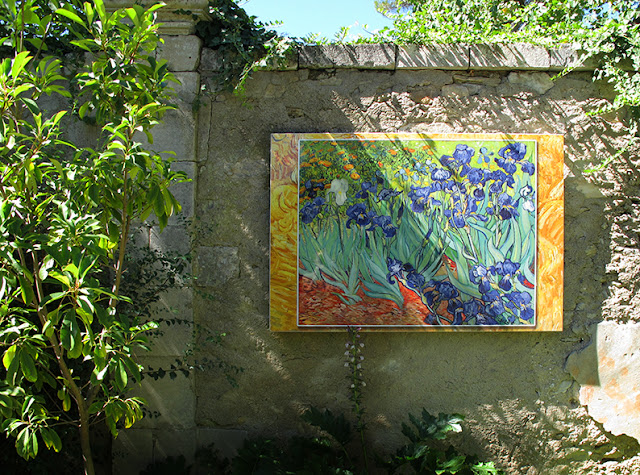 He stayed for over a year and created one hundred paintings and as many drawings while there. Initially, his treatment forbade him from leaving the closed gardens... 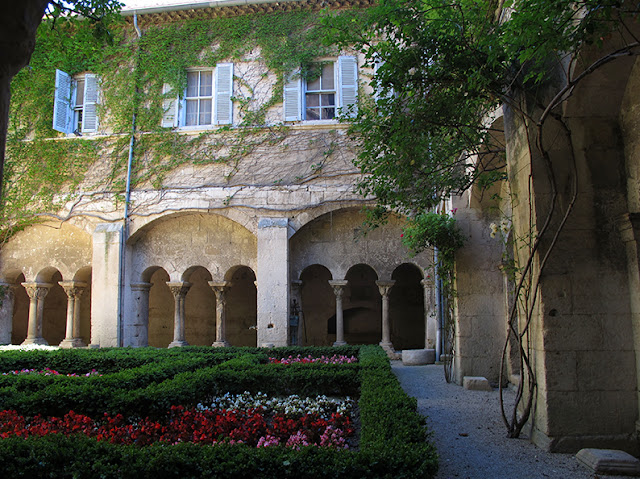 ...and the magnificent 11th century cloister. Unsurprisingly, they became frequent subjects of his pieces... 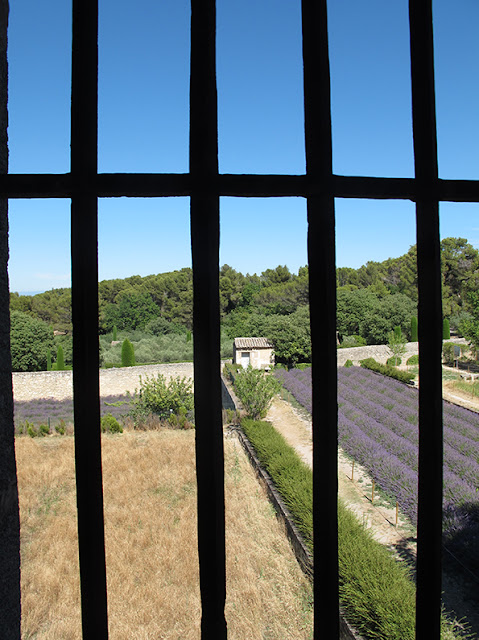 ...as did the view from the series of rooms that his Brother, Theo, had requested. 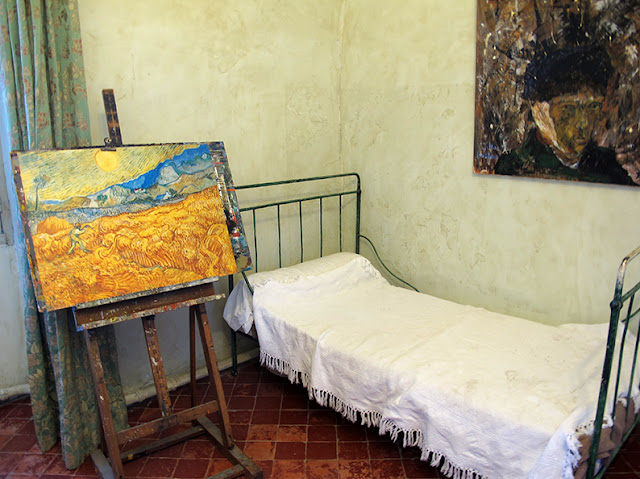 The first was his bedroom, the second his studio and then an additional room was added in which to stack up his quickly accumulating canvases. 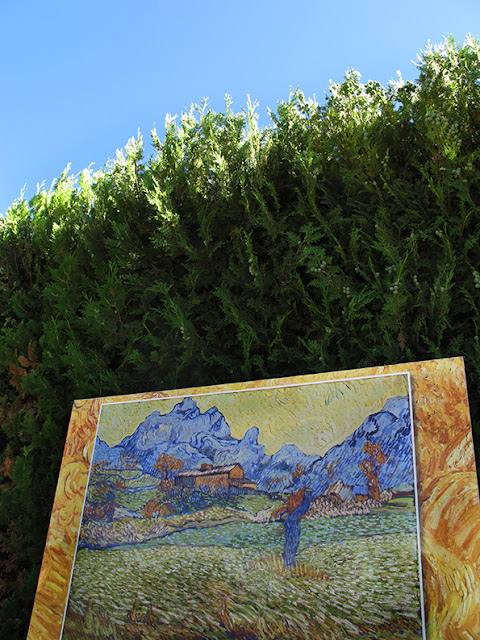 Initially, Vincent felt that his medical treatment was a success and he was eventually allowed to paint in the fields and olive groves outside of the asylum's walls. Today, there are plaques throughout (as well as in Arles) that indicate the precise spot that had inspired certain scenes. 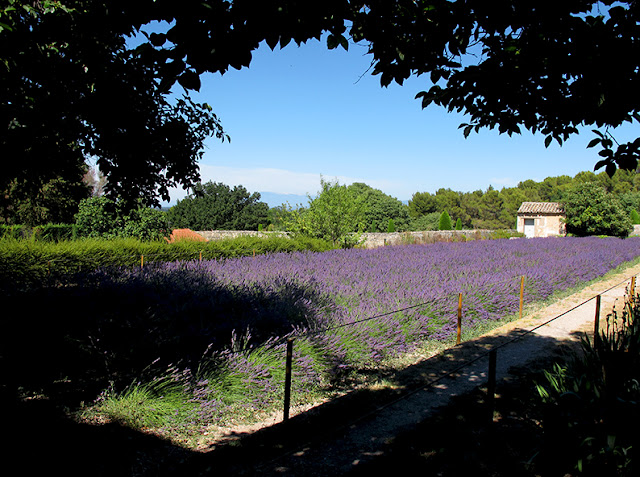 It is as thrilling as the surrounding lavender garden is calming to the senses. This land has been sacred ground for over one thousand years and that enduring peace is pervasive. 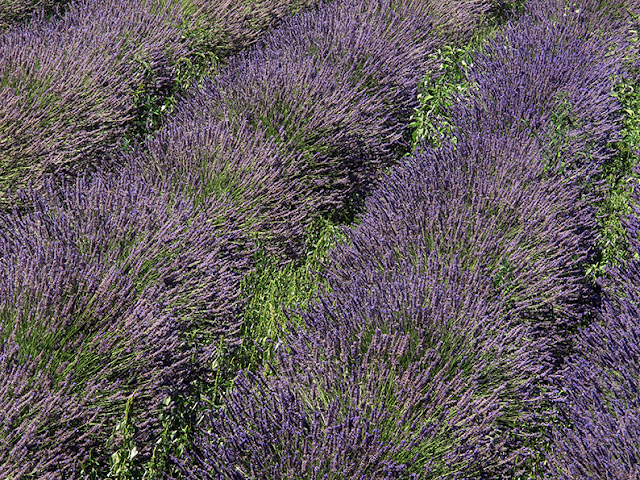 Unfortunately, during the end of his stay, Vincent suffered a severe relapse and after just over one year of treatment, he left the hospital to be closer to Doctor Gachet in Auvers-sur-Oise. His life ended two months later. 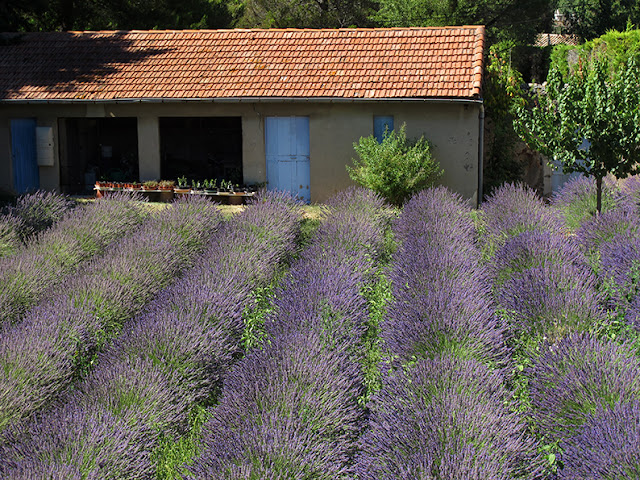 By all accounts, Vincent Van Gogh took great solace in nature during his stay. His greatest masterworks were created at St. Paul, including, Starry Night, The Irises and Vincent's Room in Arles. 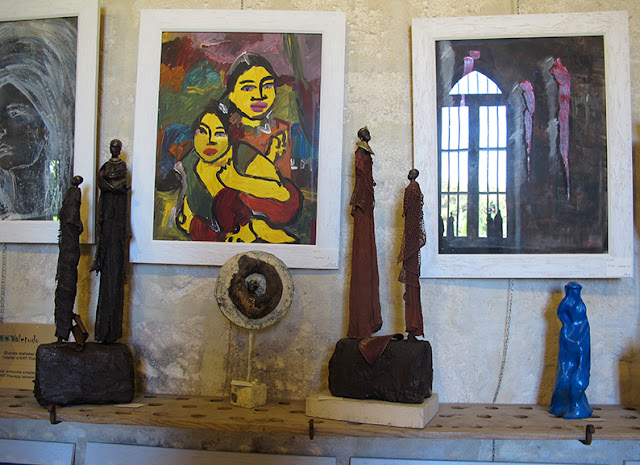 This corner of Provence is still largely what it was during his time there and yes, the beauty remains. St. Paul continues on as an active psychiatric hospital. I often see some of their patients out for a guided walk through Arles on a Tuesday.

Inspired by their most famous occupant, the Valetudo Association has been helping the patients of the asylum demystify their illness through the use of art therapy. The site's boutique offers their work for sale. It is a beautiful link to the past, one creating a positive future and a living piece of the vibrant legacy of Vincent Van Gogh. 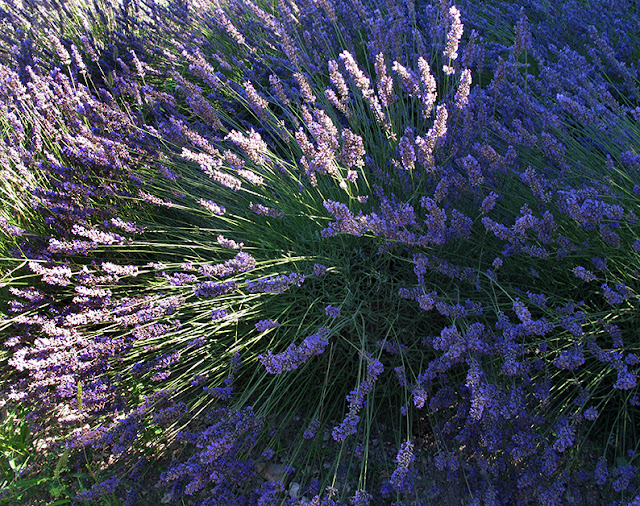 This seemed like an appropriate post for the end of Summer and the beginning of Autumn as well as a fitting follow-up to my previous post. Thank you all for your wonderful comments.
For those in the States, I am wishing you all a wonderful Labor Day weekend.
May it be a peaceful one for us all.
Posted by Heather Robinson at Friday, August 30, 2013