An almost in Arles, the attic renovation project 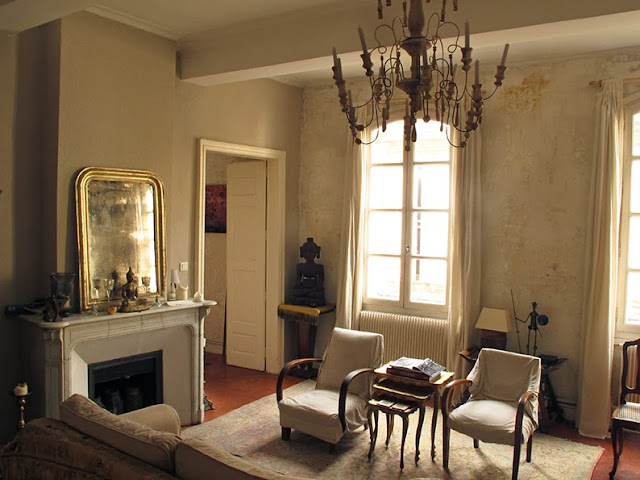 Kids, it is official as delivered by un huissier de justice this morning, we are getting kicked out.

Now, we have known that there was a "situation" at hand for some months. The owners, who had inherited the building from their Great-Aunt, had decided to put it up for sale.

When we first moved in, two and a half years ago, the apartment was in dreadful shape. Truly. But we believed in its potential from the get go and so decided to put some work into renovating it, despite it only being a rental. For many of you, this is a new story so if you would like to see or rediscover the "transformation" please take a look here:
http://lostinarles.blogspot.fr/2011/12/before-and-after-our-apartment.html

And while the final product really suits us, there are several aspects of life in this building that truly do not, namely the ever present street noise and the lack of an exterior space (for honestly, what is the point in living in Provence if you don't have the sun?). For those reasons, we had no interest in making an offer on this apartment. However, the grenier or attic, now that is another story entirely...

What an incredible opportunity. Yes, even though the space hadn't been inhabited since the last World War. Would you like to explore it? We spent many hours in the planning. Très bien, on y va... 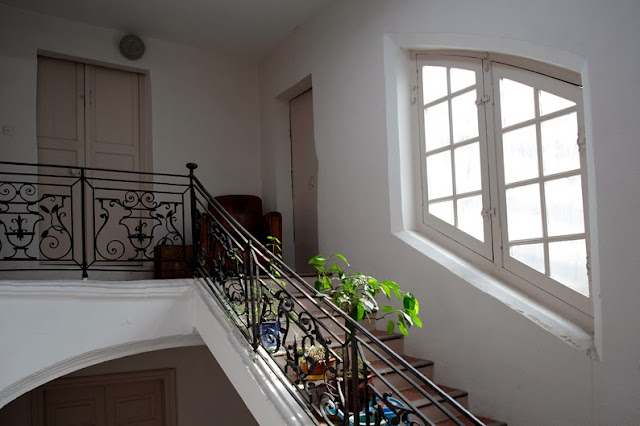 The attic occupies the final floor of this 17th century hôtel particulier. The entry for the apartment would start on the landing above what is now our apartment. The stairway is filled with light and gorgeous ironwork. 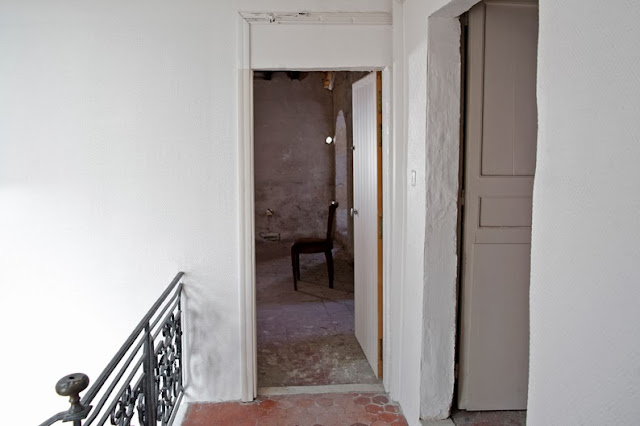 At the top of the stairs are several options. To the left, if we enter the doorway, we come into what could be a very large open kitchen and living room area. 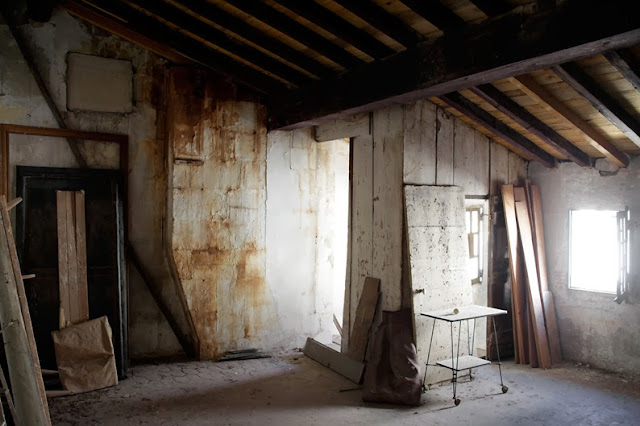 Ah, I warned you that it hadn't been inhabited for quite some time now, didn't I? So the important news is that the roof has already been redone and done well. Now, take down the pigeon-poop-covered partition and open up the window upper left, that leaves four windows for this half of the space. A fireplace would be inserted in the middle of the far wall. 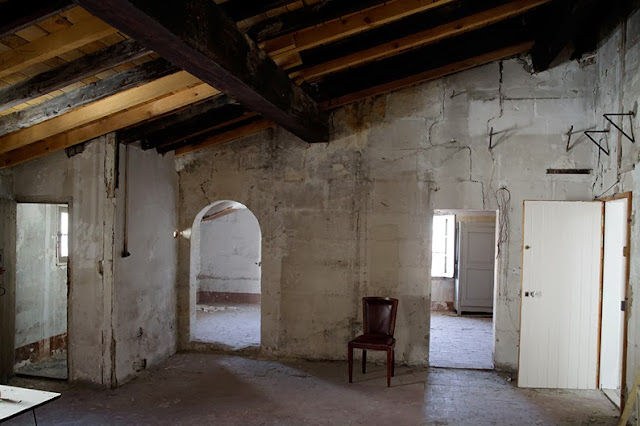 Looking back from that far wall, there is another partition to be taken down on the left, where the kitchen counters, including a sink below the additional window, would be. Note the gorgeous stone that just needs to be sanded down and treated to a lime wash--it can be found throughout the attic. The beams would be painted an off-white. There are two rooms leading off of this main room. 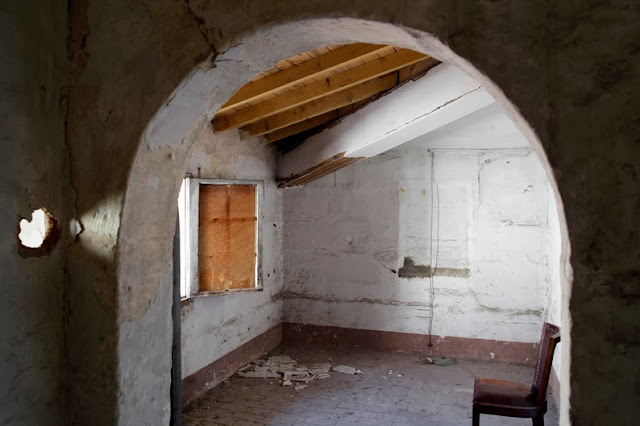 To the left is my chou-chou or favorite. A small room that would be our petite salon for reading and watching movies. There is a window to be opened up on the far wall and my desk would have been under the window on the left with a gorgeous view over the roofs of Arles. And yes, those are original 17th century tiles and they could be outstandingly beautiful with proper cleaning and treatment. 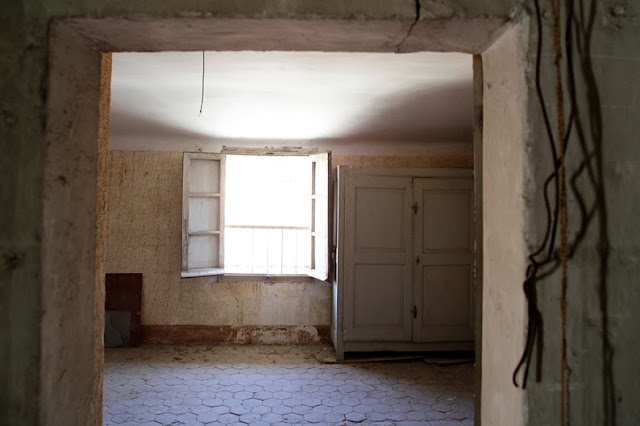 The other room would be Remi's office. Note the fake ceiling in both of these rooms. All of that would be taken down to reveal as high of a ceiling line as in the living room. The tiles are perhaps slightly later maybe 18th century and would also be restored. 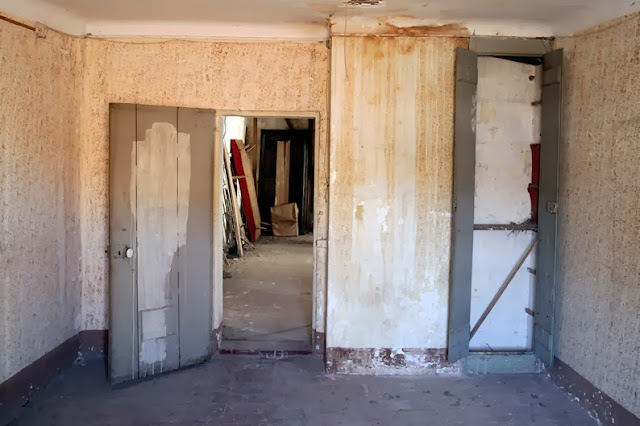 This is looking back from the office. I couldn't resist to include it because of the patina. 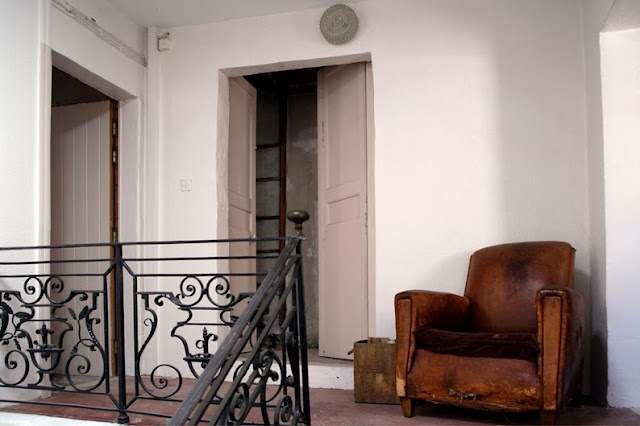 Back out in the hall, the entrance to the bathroom (not seen) is to the right through an original door that is amazing and there are also ancient tiles too. Directly in front is the entry to the bedroom. And yes, that is our old club and we know that it needs restoring! 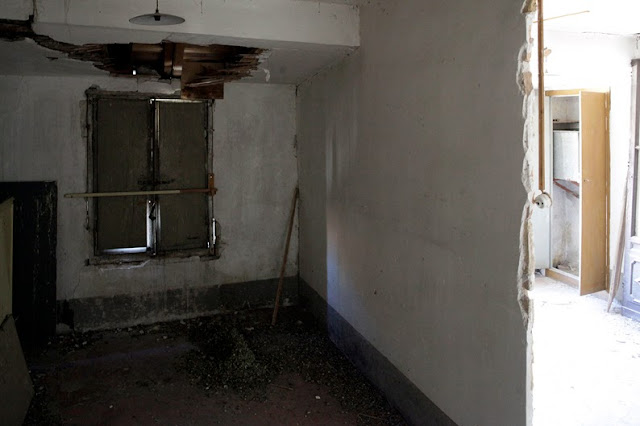 Now, can you see the foot high pile of bird poop? I never said that this was an easy project! That partition would also come down and a dressing area would be installed on the wall lining the staircase that leads up to... 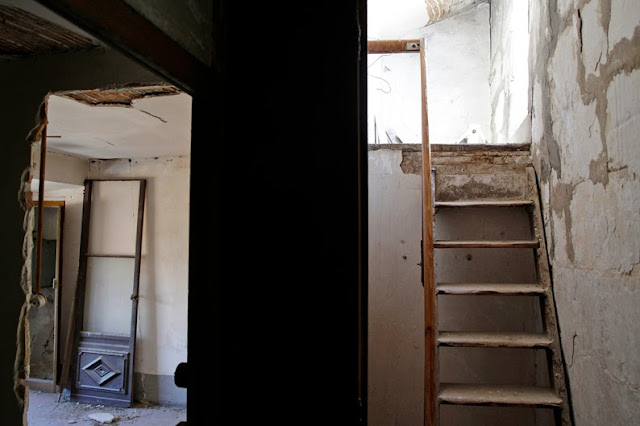 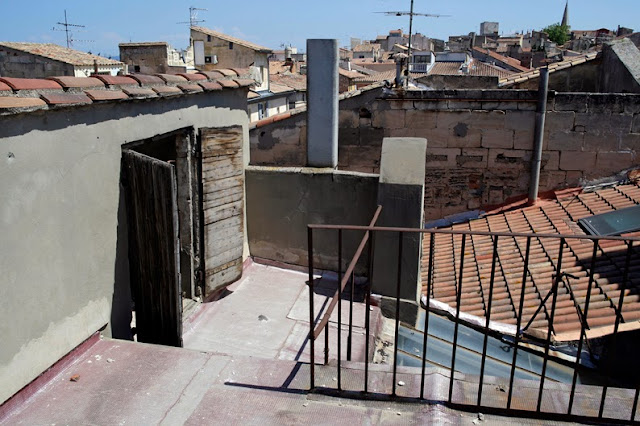 It is a huge space for the center of Arles with nearly 360° views over the city, including the Rhone (you might be able to make out a swath of blue in the upper left corner below)... 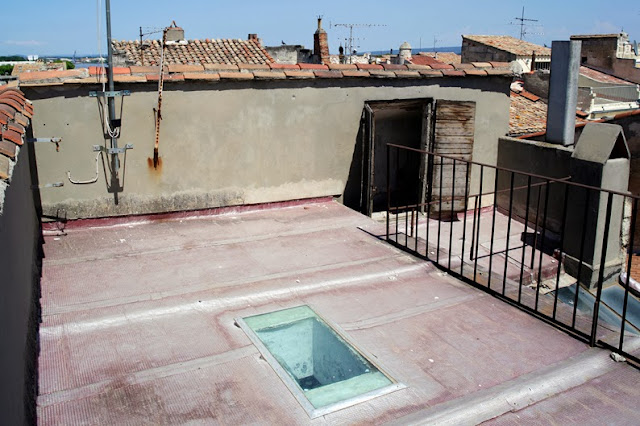 ...as well the towers of the town hall and the St. Trophime Cathedrale. 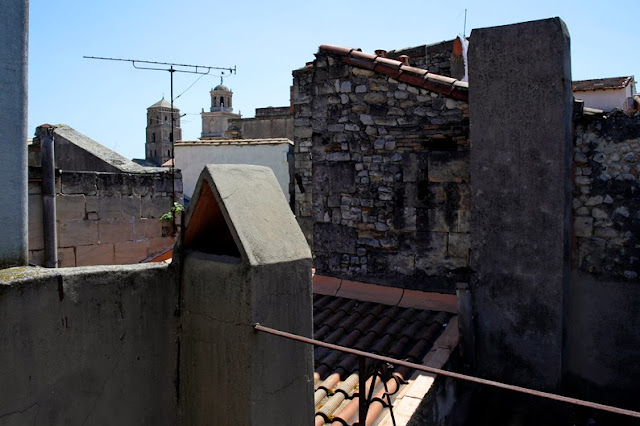 Remi and I snuck up here for many a sunset with glasses of rosé that reflected the sky in hand. Despite being in the heart of town, it is amazingly peaceful.

We found an excellent mason who understood exactly what we wanted to do and came up with an estimate that fell within our budget. The crazy DJ/hair-salon owner was eager to buy his space on the ground floor, the owners of the Cuisine de Comptoir were ready to buy the first floor (with amazing gilded plasterwork) and we knew that they would easily be able to find a buyer for our rental once we promised to leave it. Prices were discussed, everything seemed to be in order and then...

...the heretofore silent Brother of the owners in London decided that he wanted the building after all and bought his Sister's out.
*insert sound of air leaking out of a deflating ballon here*

So much for that particular dream. One that was months in the making.

But we have until the end of June 2014 before our lease runs out and there are some things that we need to wait to hear on before we can make any solid decision. So we most likely won't be going anywhere soon. And having moved twice in the past five years, we really want to take our time to find what is right for us where we are now. The country perhaps?

A new adventure lies ahead...

Many thanks to my honey for all of the photos save for the first, taken by me, rather wistfully, earlier today.
Posted by Heather Robinson at Wednesday, November 20, 2013