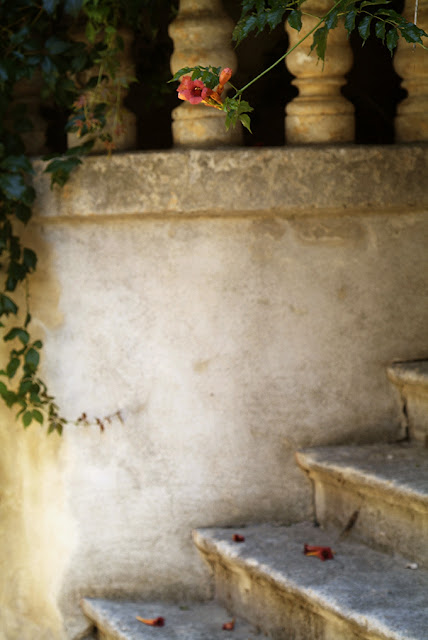 Le tonnerre - thunder - is rumbling heavily, fast approaching. It is as if someone is rolling around bones above or moving a grand piano from one celestial room to another. It can happen sometimes with the heat in Provence where the pressure will build until loose, messy storms break out. They are predicted for today, have been predicted since morning actually but it was only a little while ago that I picked my head up from an article I am working on to notice that the sky had darkened and the swallows were swooping extra low. So I fed the dogs early and took them out just in case. My espadrilles are broken in to the point of being broken and so I have to pick myself carefully along the rock-strewn path. Sapphire-bodied dragonflies hovered like drones over powderpuff clover, wings beating so fast as to be invisible. I closed my eyes for just a moment to feel the breeze skimming across the beads of perspiration on my forehead but then another boom rang out, closer, and Ben, my sweetest Golden, looked at me with eyes shining in panic so we stepped up the pace home. 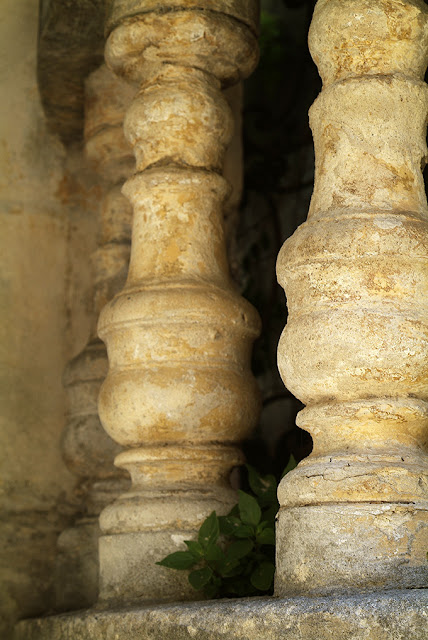 Despite the heat, I had stepped back on the yoga mat this morning. Just pointing my red-tipped toes towards it and then placing one foot then the next was like slipping into a pool. It is familiar. Somewhere - I think it is my Sister who has it - there is a beaten up, faded photograph of my Mom giving yoga lessons on the front lawn. Robin, my Sister, is doing a pretty good copy of my Mom's pose but me, the littlest and probably only five at the time was doing something entirely of my own make. I might have added this into my memory but I seem to recall me giggling at how funny I was being. Today I told myself to go slowly, which felt appropriate as if I was parting the thickness of the air with my arms and legs and breath. For you see, it had been quite a while. And this for an act which does me a world of good, one that I usually say strips me down to the best of myself. 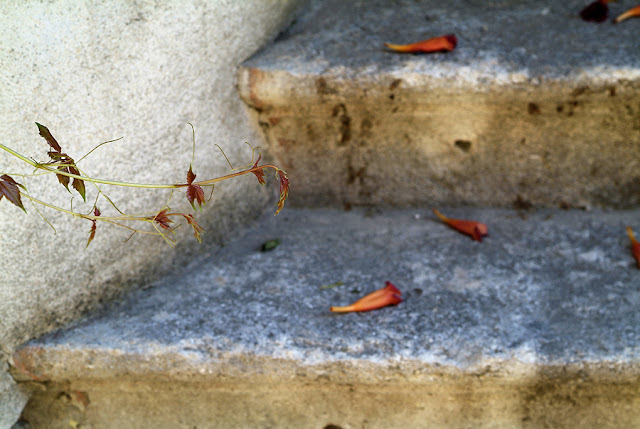 Age is not something that I tend to concern myself with much. But lately, my body has been telling me that maybe, just maybe, I need to be a tiny more specific. I am not the only one. My friend DA has written a really excellent piece for the Huffington Post that circles around and pin-pointing some of the same ideas that have been ringing in my head as evasively as the thunder. To me that is some of what the best of this odd internet world can do - a little lineup of gentle pinpricks of thought or ideas - that can help even the most heat-addled of us play connect the dots. So I stepped back on the mat.

Despite the house shutters clanking and the olive tree branches swaying like the sea below my window, I think that the storm has passed us by. I have been sitting next to Ben in the shower of the guest room - his fear fort - for the past fifteen minutes but something imperceptible shifted in the air so I got up to see. The sky is a soft orange in the distance - but in the opposite direction now. Maybe the heat lightning is cracking its whip over there, so quick and passing but I wonder if it is waking something up in someone else's heart as well.