Birthday Wishes for a Contessa 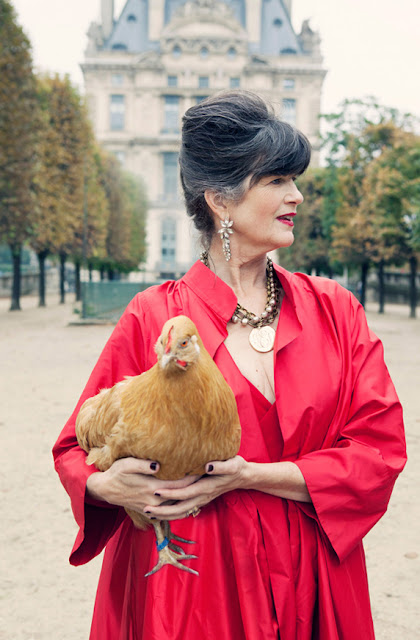 
And not just any contessa but...La Contessa! I am referring to the wonderful Elizabeth Kirkpatrick who just happens to be turning 55 today.

Isn't she beautiful? Yes, inside and out, you will see... 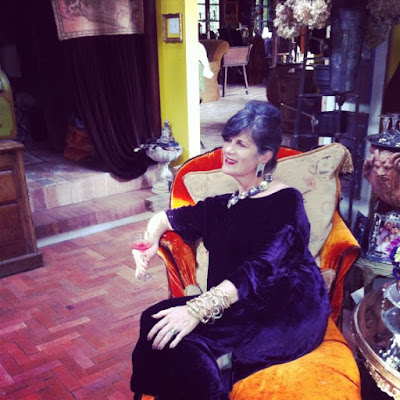 I remember having a discussion - ok, let's call it an argument - with Remi just after I had started blogging about whether these people that I was in contact with could ever actually be "real" friends. He thought certainly not and yet I was hopeful. Because, from the very beginning, I found or was found by so many fascinating people who seemed to me to be utterly genuine in their hearts. 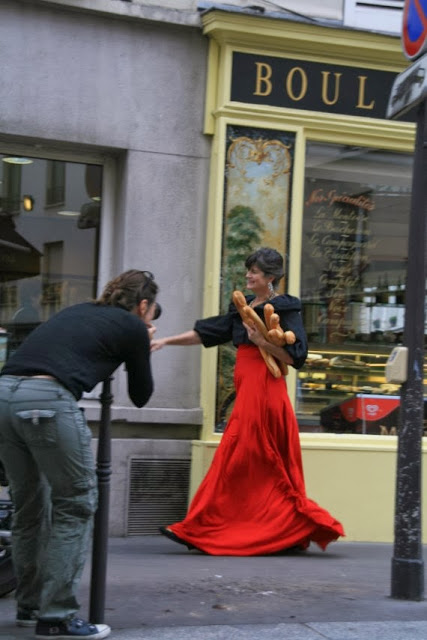 Elizabeth was that way, immediately. She was both literally generous in all of the thoughtful gifts that she would send both Remi and I (including a pair of the shoes glimpsed in the photo above in my size because she knew how much I coveted them) but also overwhelmingly so in her spirit. 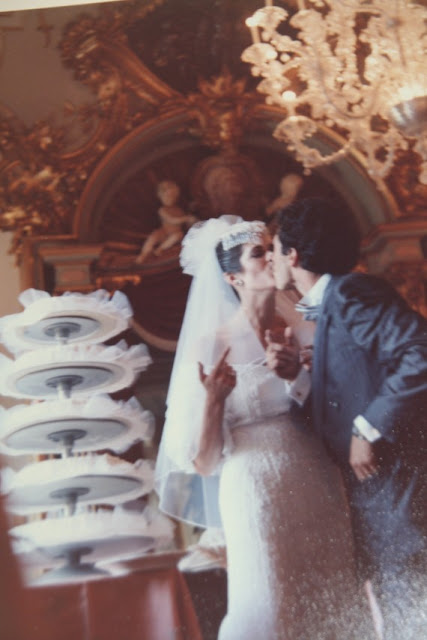 She inspires me to no end - from her gorgeous wedding in Italy to her love of a little pig named Banksy. Because she is true. In our cookie-cutter world, she knows who she is and why she is, plus it just comes naturally for her to do good when she can. I think that she said to me once something along the lines of, "Well, why wouldn't you if you could?" That is my Contessa. 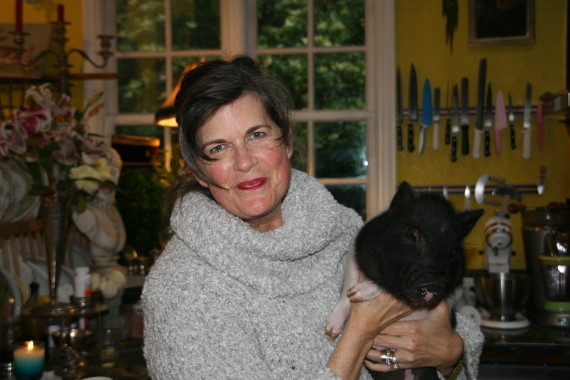 I will give you an example. There are many but here is one. Elizabeth knew that I was going through a hard time this past winter. We had been under an enormous amount of stress for so long and I just was struggling. To talk to her on the phone is always a treat - it is impossible not to be cheered by her sing-song of a voice - and I should have known that the wheels would turn after having hung up with her. For you see, she had a plan. She had already met an amazing woman, Ellie from Have Some Decorum a while back and knew that her birthday was coming up. She was worried that Ellie would not have friends from the States near her for her birthday and suggested that I go up (as by this time I was an ardent reader and so were many of you here as well). I explained that we just couldn't afford for me to make the trip at the moment. Well, two weeks later, I opened up a card from Elizabeth only to find the cash (!) for the train ticket! I went and now consider Ellie a friend. I am very, very aware that La Contessa did this as much if not more for me than for Ellie! It worked.

One of my definitions of friendship is that I know that I could count on said person when the chips are down to be there for me. Even though we have never met in person, Elizabeth most certainly fills the bill and then some. 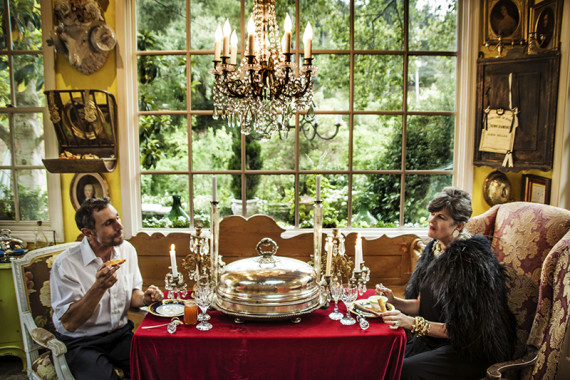 With her handsome husband Giampiero, they make the most out of the everyday - as you can see in this perfect portrait by photographer Drew Wright. There is no saving of "the good china" or the "fancy clothes" - I remember our bonding a long time ago because she had a magazine photographer coming over and she was wondering if she should wear her purple velvet caftan or not. She did and looked stunning! In 2013, she flew her boys to Paris in order to have the ultimate photo shoot by the fantastic Carla Coulson - one based on the iconic photographs of The Duchess of Devonshire - save that in this case, they brought the chickens into the Tuileries Garden (see first photo)! 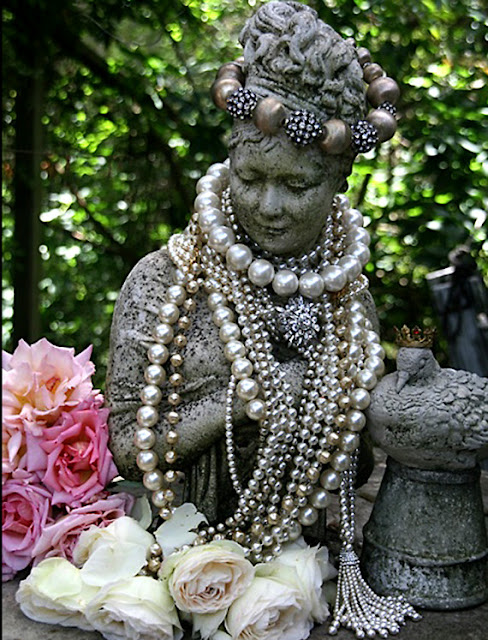 If Elizabeth is the ONLY person that has written a guest post here, it is for a reason. I wanted for her to share a bit of her enthusiasm for life with you all, in all it's glorious abundance.

Thank you for being you, friend.

Happy Birthday!
With much Love,
Heather

PS. To discover more of her world - or to just pop over and send some well-wishes, please go to http://thevintagecontessa.net/
Posted by Heather Robinson at Wednesday, July 22, 2015