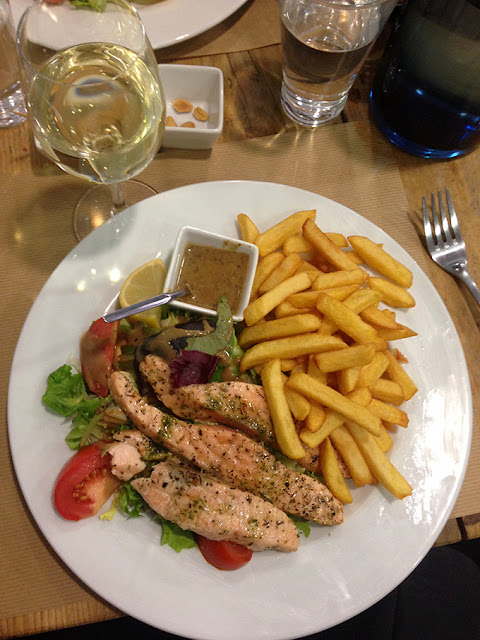 Now, you all know how much I love Arles. Remi and I both still consider it "our town" even though we now live in a tiny village in the countryside. But...I have said it before and I will sans doute say it again...Arles is a very tricky destination as far as eating is concerned. 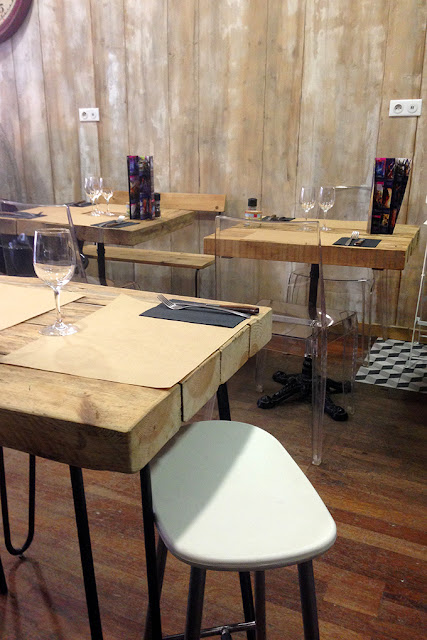 Now if you have money to spare? Fabulous. There are several really strong possibilities, even if the owners of these restaurants seem to have made a tacit agreement to keep raising their prices so that lunch can easily top 50 Euros per person...

So, let's say that is not what interests you. Visitors ask me all the time, "Where can I go to just get...you know, a salad?" Does that mean that you have to fall victim to the frozen food hawkers on the Place du Forum? And what if you really don't want to be treated like a tourist at all but rather welcomed as a friend? 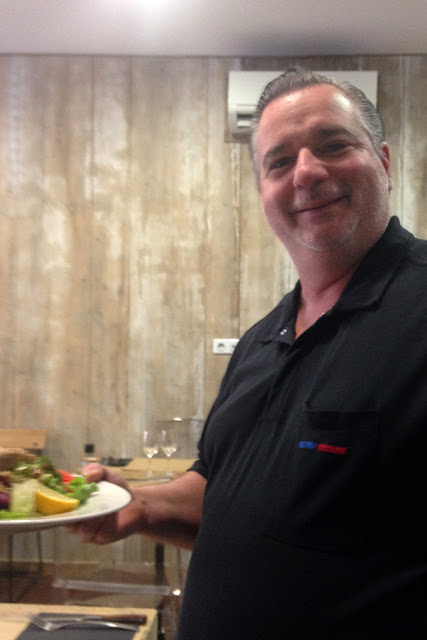 He is the owner of the Factory Republique and has quickly become one of my favorite new people in Arles. 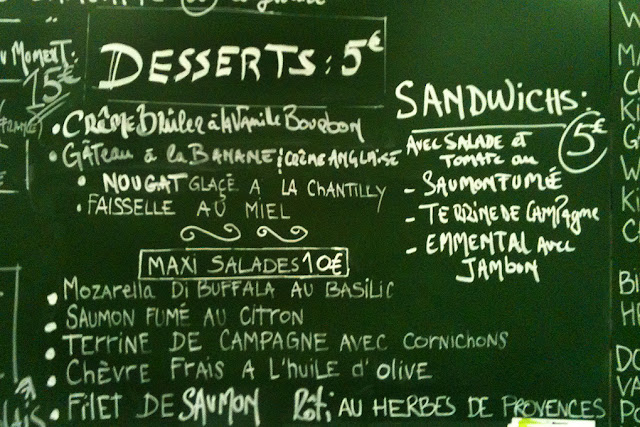 Before giving one of my guided walks this past summer, I had spied a just-opened café right on the rue de la République, one of Arles' main shopping streets (and right across from the insanely chic boutique Actuel B, which sells the likes of Lanvin and Comme des Garçons, a-hem). My food radar went off (thank you, Mom for that gift) and I popped in to get a card but had to hurry on my way. 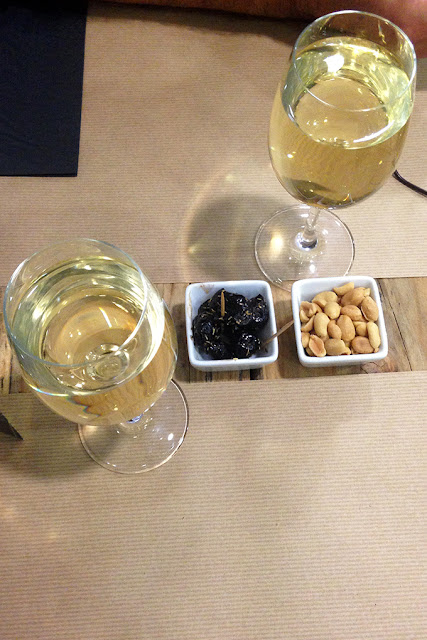 Well, two weeks ago I had a bit of extra time in Arles before meeting Remi. "Fifteen minutes," he had promised. It was a chilly, rainy day and all I wanted was a spot of tea but it was almost 12:30 and I have been flat out turned away for wanting just a drink during "meal time" in the past (I actually saw a waiter kick out a table of people lingering over their coffees to make way for eating customers at a well-known place on the boulevard des Lices - this despite the fact that of the lingerers, one was in a wheelchair and the other severely handicapped but I digress). 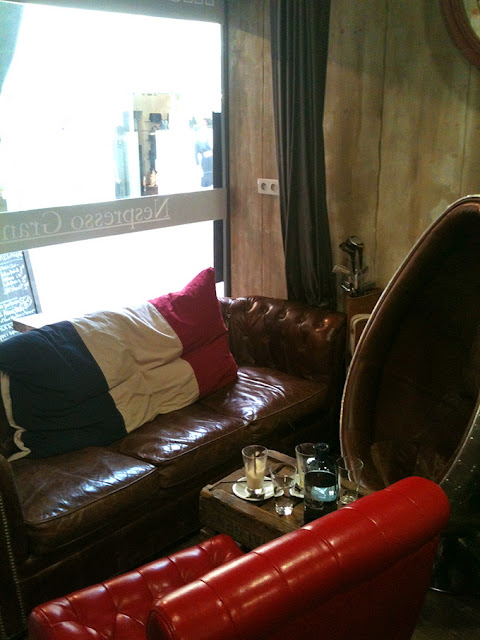 I walked towards the cute café that I had seen in the summer. Oh dear, it was nearly already full but still  I pressed inside, grateful for the warmth. "I am so sorry, I know it is lunchtime but do you think it would be possible if I..." and by the time I had finished my question, I had already been helped out of my jacket and was seated with an "of course, of course" plus...a smile. A real one. I ordered my Earl Grey and a big carafe of water appeared along with it. Quelle surprise, Remi was far later than fifteen minutes and as I shifted impatiently on my tabouret, Gilles wordlessly slipped that day's edition of the La Provence newspaper on my table. We started to chat.

It turns out that he had already developed quite a following at his previous restaurant in Fontvieille - the Cuisine du Planet whose reputation was always stellar - but decided to open up shop in Arles to be closer to his son's schooling (because that is how they roll in France, folks). Hence the café, which he had utterly transformed from a soulless discount shoe store into a tiny but fun space, filled with great music to boot. When I left that day, Gilles gave me "les bis" or kisses on my cheek - after just my first visit! As we walked away, I saw lots of passerby pausing to wave a coucou at the cafés friendly owner and I knew that I would be back. 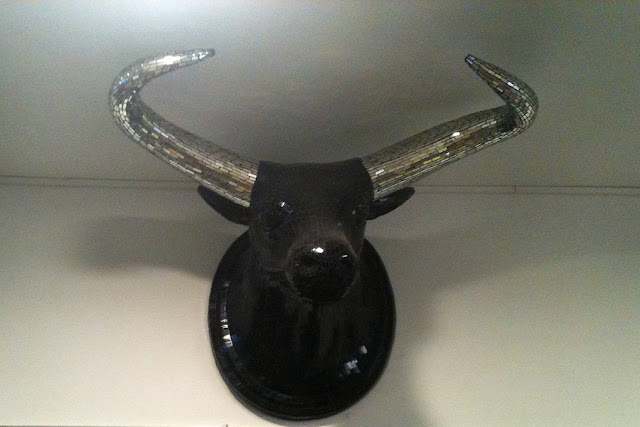 However, the pleasant part is that I had no idea that it would be so soon. While in-between running errands in Nîmes and Arles the other day, Remi completely stunned me when he suggested, "Why don't we go see Gilles?" Now, this is highly unusual. I understand it - Remi is a far better cook than where we eat out unless it is Michelin-star fodder, so why go? Well, to spend time in a nice place where you feel instantly that you belong...and oh, to eat simply but really well in the process. 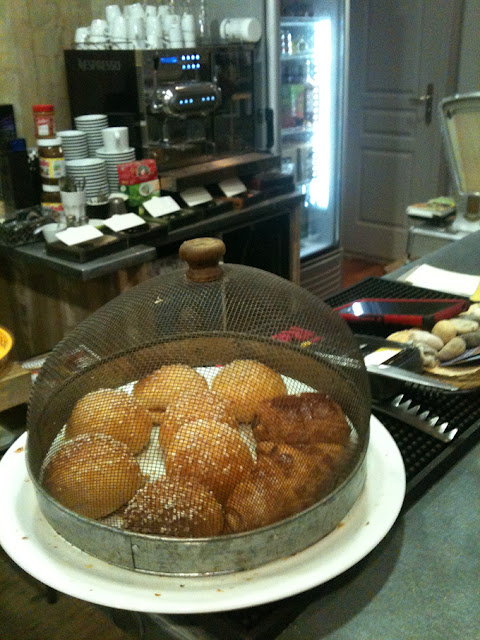 And I could see that it wasn't just me who was treated warmly whether they were stopping by for an espresso (and see that machine in the background? The FR is one of the very few places where you can get a serious coffee in Arles) or to eat the daily special of, say, entrecôte et frîtes (I opted for the roasted salmon with mustard vinaigrette instead - it was perfectly seasoned and tender, the fries delish) for only 15 Euros. Everyone was. Every. Single. One.

Remi enjoyed his maxi salade and the next time that I go I will try the smoked salmon sandwich that the woman had at the table behind us, which, while only costing 5 Euros was copious and looked tempting. Our muffin au chocolat avec crème anglaise was quite good too. Husky blues played in the background while we ate and at one point Remi pointed out that I was talking too loudly. Yep, that can happen when I am content. I think that French word for that feeling is bonhomie. :) 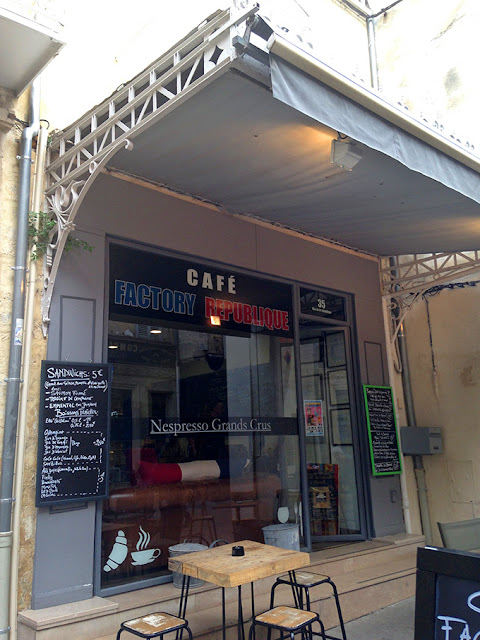 But honestly, just go to meet Gilles. He is fluent in English and German and will not treat you badly if you don't speak French. Something else that I noticed on both occasions? There were tables of women who felt completely comfortable eating there on their own - really, far more of a rarity than you would think in France. Gilles told me that he is going to scale back the menu a bit for the winter months as he would rather have fewer items that are local and in-season, just as he also knows that if he had more options available then he would have to be back in the kitchen cooking as well when what he really wants is to be out front. That says a lot. And if you do go and spy a red-head hunched over her book in a corner or people-watching out on the terrace, then by all means say hello as it may well be me! Hopefully you will enjoy as much as I do the spirit of this new old-school café.*

Don't believe me? Ok, now truly DON'T trust TripAdvisor for eating out in Arles. Except, sauf, in this case as this sweet little café has risen to the number one spot in a matter of just a few months for one reason primarily...and now you know his name!

* As always, just to clarify that in no way is this a sponsored post, just me spreading the word about a much-needed new address in Arles...