On the rue de l'Amphithéâtre - Arles 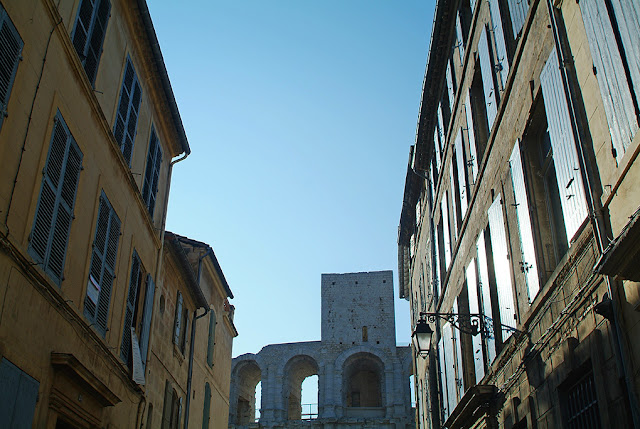 Sweep out the cobwebs, shake out those shadows. Sometimes we need to go right back to where we started.

In Arles, after moving in and wandering the cross-caught streets, I fell fast in love with the tales of its shutters and doors. Cliché, absolutely, and some would say that I should now move beyond those facile waters...but...but...there was a day, not so long ago, when the sky was so blue that it tricked me back to the beginning of seeing one street as I had in the before of before, allowing me to dip in just one more time.

Instead of hurrying along the far too narrow sidewalk, I stepped out into the rue de l'Amphithéâtre, camera in hand and lifted. I had easily half an hour to spare before my doctor's appointment. All was quiet, the tourists still sleeping. The light was flirting. A passer-by gave me a slight nod of recognition, someone else from the center of town. I love Arles before showtime. When history stretches and yawns before settling in to be admired.

Now I can add my own little histories to its two-thousand some years that are more patient than I will ever be. On this particular stretch alone I remember...my mom and I struggling with our suitcases on the bumpy pavement against a winter Mistral wind on an early descent from Paris to visit an apartment that would not work out. Being invited to a party where rooms opened upon rooms until fading into darkness and everyone was trying too hard to be casual. Pulling Ben and Kipling out of the way of a roaring car, music blaring, with only inches to spare. Perfect imperfect these memories, just like the patina scribbled on the surrounding walls for all to see. No need for them right now.

So I snapped back, quite literally with a click-click, present-bound and looked without judging and felt a tiny lift of joy without judgement too. The worn faces above the doorways winked conspiratorially before I turned into the shade of an alley, a short-cut but also a window closing. It is funny that it is no longer one of the more fashionable streets to live on, despite leading directly to the Arena (or maybe because of it); it clearly once was and perhaps will be again. Sometimes, we need to go right back to where we started. 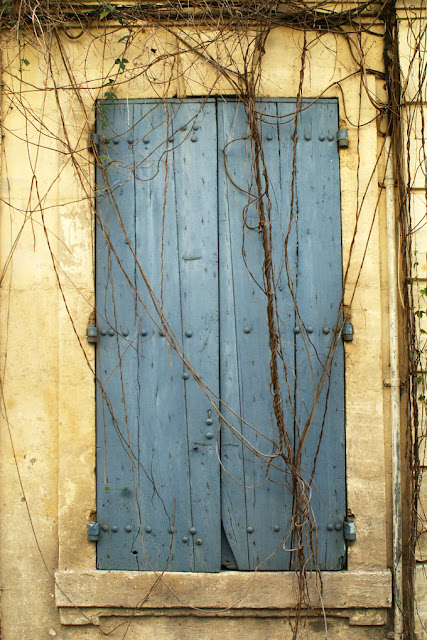 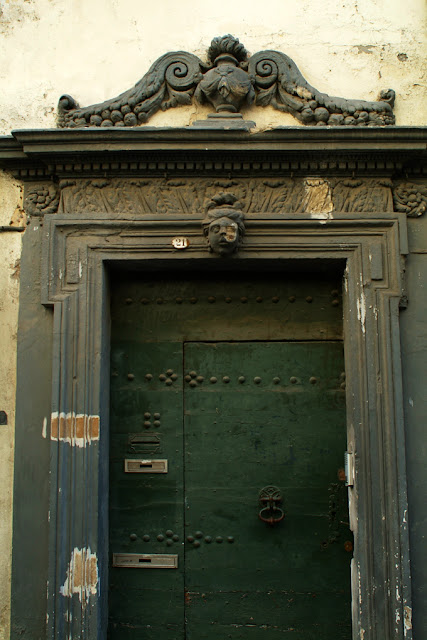 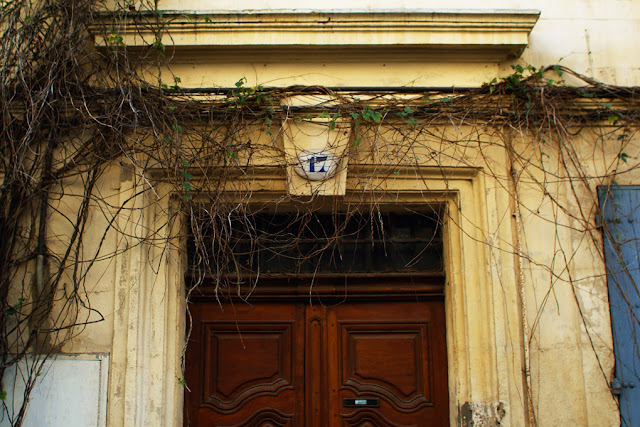 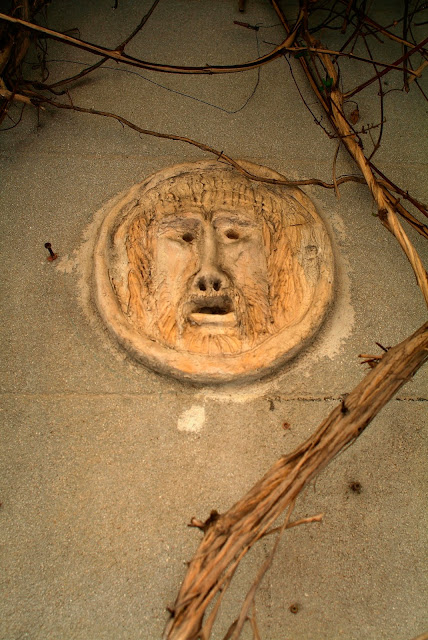 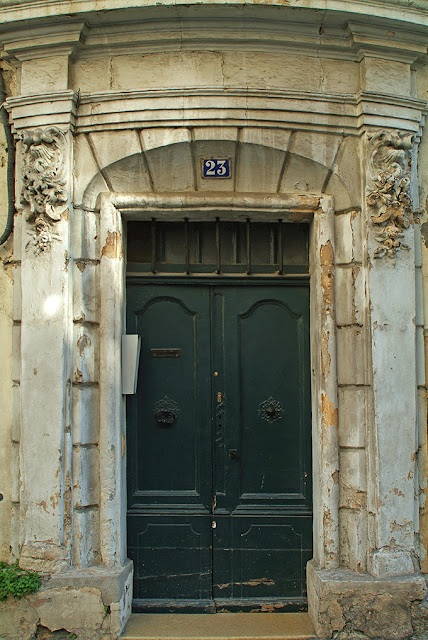 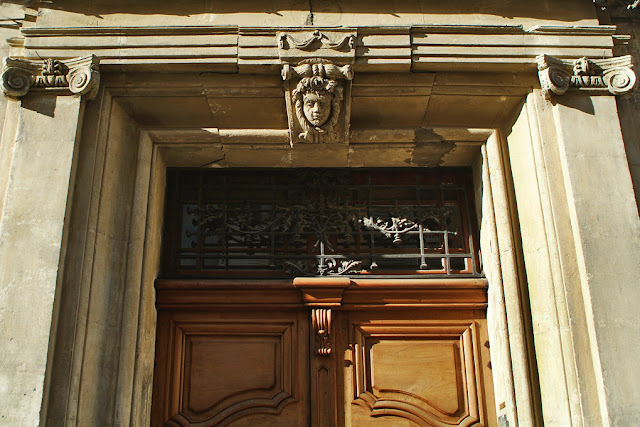 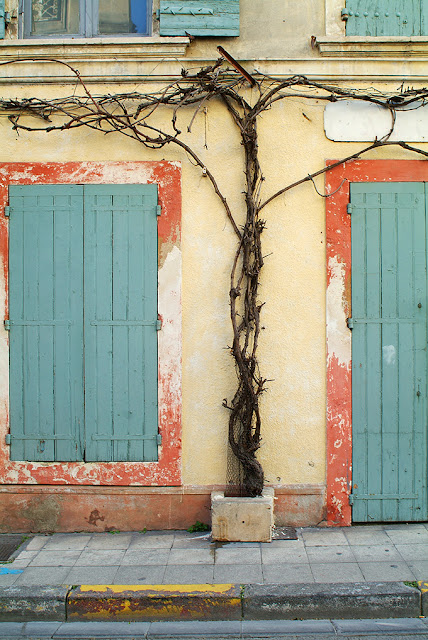 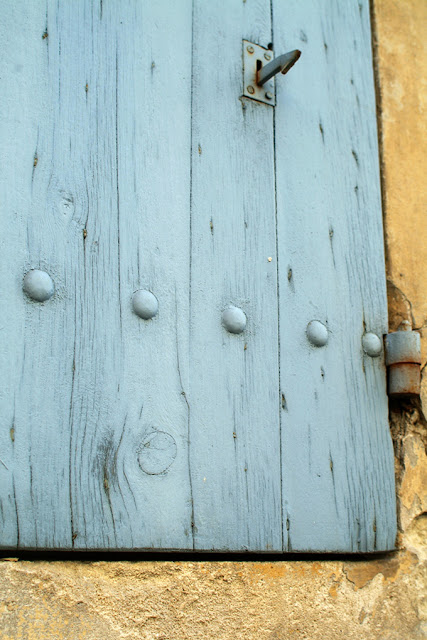 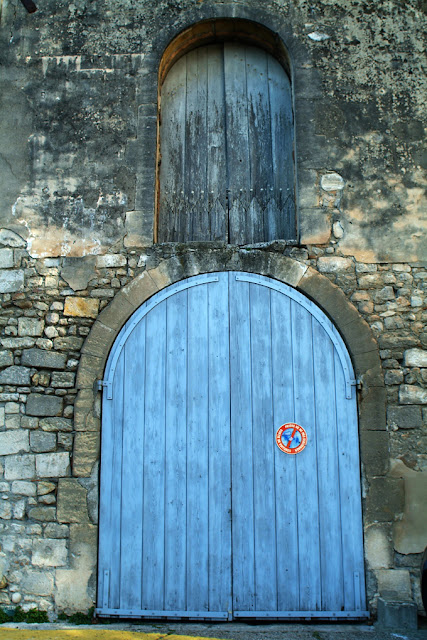 Arles, eternal and ever the heady mix. Who says all roads lead to Rome? 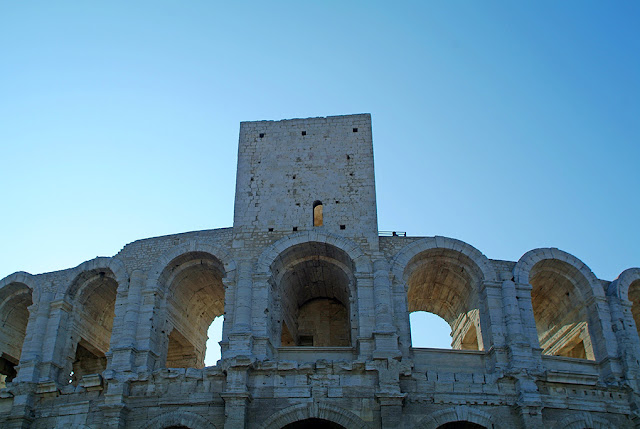 Still no news about Teddy, friends. I will let you all know...
Bon Weekend.
Posted by Heather Robinson at Friday, April 29, 2016