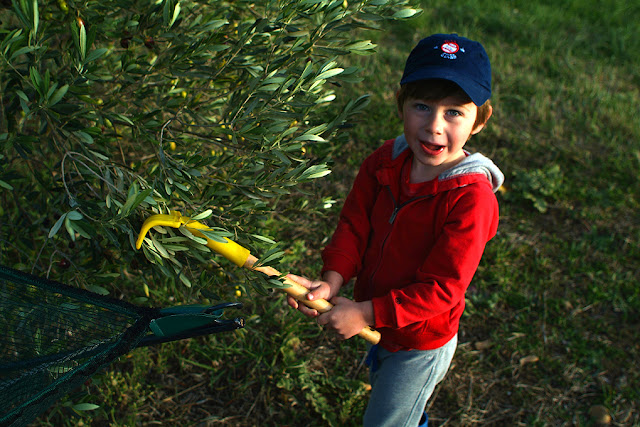 Last weekend, my friend Judy invited me out to her olive farm, the beautiful Mas de la Fourbine, to partake in the harvest or récolte. She had extended the same offer to me last year, as well as to our mutual friend Ellie, but neither of us were able to attend. With Ellie's recent passing, it has glowed as a missed opportunity in my mind, so I was determined to ratify that in fine form on both of our behalves.

I think that we are all a bit tired, non? So for once in a blue Supermoon, I am going to keep my verbiage simple and let the photos walk you through. That is appropriate, actually, as the act of plucking off olives for hours on end is such a zen action that even I was able to faire le vide and coast on just the contentment of being a part of something connected, joyful and strong.

"How many trees are there, Judy?" I asked as we headed out into the grove. "Well, supposedly 700," she replied. "Why supposedly?" I queried. "You know, you start counting and get distracted at 369 and it isn't like you are going to start all over again..." I see. It is such a low-key attitude that pervades the mas and I can tell you it is a welcome change from the faux modesty held at other such domaines in the stunning Alpilles, ones that could make Marie Antoinette and her Petit Trianon foible-ees blush. This is, after all, a family affair.

Judy's son Nicholas, dit Niko, runs the affairs of the farm along with his lovely wife Robin (also an américaine, she is an accessible Gwyneth Paltrow). But their children, Olivier and the tiny Juliette or Juju, are not to be underestimated for their harvesting abilities. Well, if not that for that exactly then for their nearly stoic ability to entertain themselves in the fields for hours in that lost art of "Oh, just go out and play" that so many of us mastered in our youth. Juju would sit on the tractor and sing an endless repetition of "the wheels on the bus go 'round and 'round" until someone was able to distract her and Olivier wandered from picker to picker.

On the second morning of work, the echoing boom of gunshots could be heard and Olivier approached me with wide eyes. "They are bad guys." "Who?" I asked, "the hunters?" "I don't understand why...why anyone would want to hurt the animals" he responded with a shrug so gentle and such sincerity that I had to will myself to not tear up. "Yeah, I don't agree with that either," I allowed. "I am going to get them all to my house...and then lock them up...in the dungeon...and let the monsters eat them," he proposed after careful consideration. "That sounds like a great plan, Olivier." He nodded stridently and walked away. I love that memory.

I did the easy bits, made even simpler by a netted wheelbarrow or brouette placed under the branches of the trees. All I had to do is pluck, aim and fire with occasional raking for the clumps that Judy likened to brushing Juju's unruly hair. For the bigger or more fruit-laden specimens, large nets were placed around their bases and an Edward Scissorhands-like machine shook the branches fervently until the black orbs toppled into the nets. Eventually, all of the days winnings were stacked into containers and loaded onto a trailer (along with the Princess in a Parade waving Juju), which was pulled by a tractor throned by the men of the family, which in turn was towed by a finicky 4x4 steered by Robin, whose smile shone through our mutual fatigue enough to light up the last of the evening sky.

Judy and I slowly made our way to the bergerie or barn where faithful Loulou was waiting with a tail wag. All in all, we picked something in the neighborhood of 300 kilos a day. It has been a good season at the Mas de la Fourbine and the liquid gold of their olive oil will continue to flow on the fortunate tables of family and friends throughout the year. I felt grateful to have participated in a tradition that is as ancient to these hills as the Roman times and deeply appreciative to have set a former lack to right, all while perhaps doing a bit of good in the process. 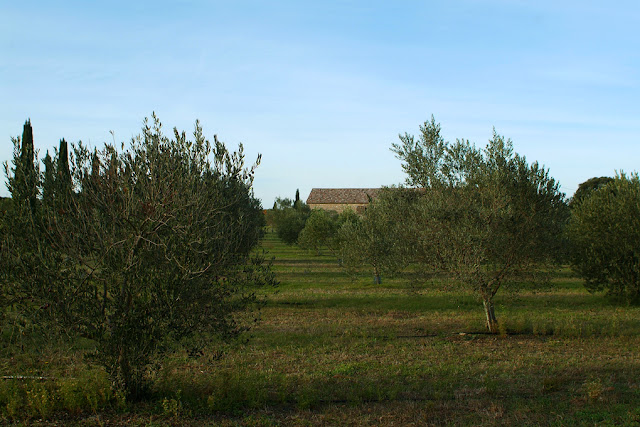 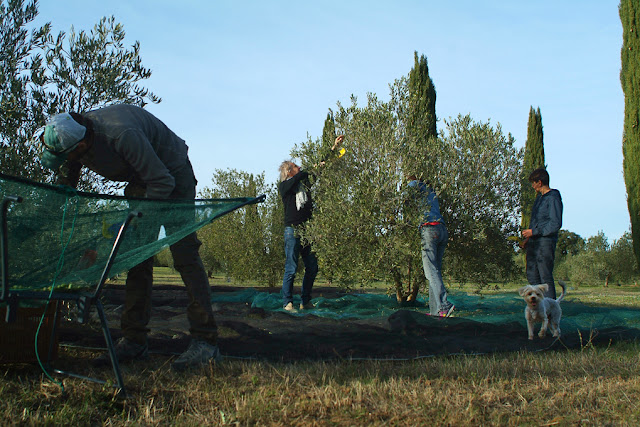 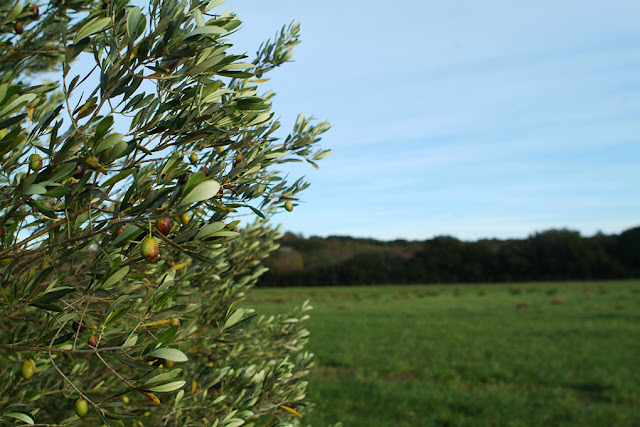 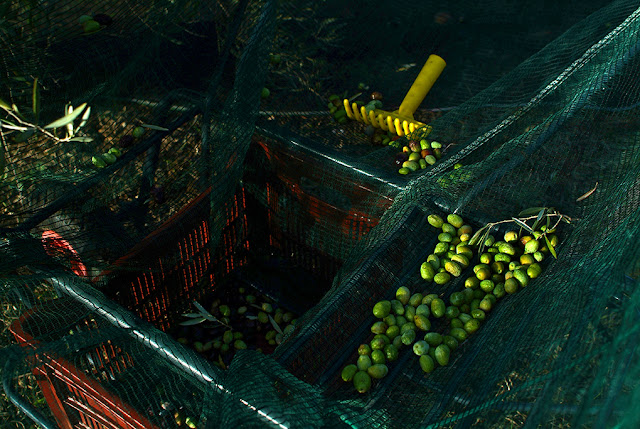 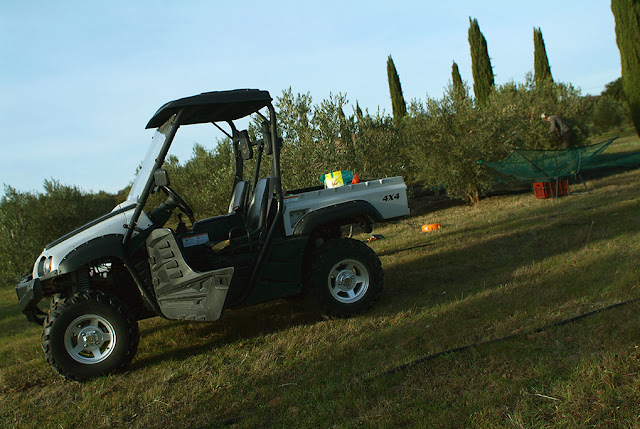 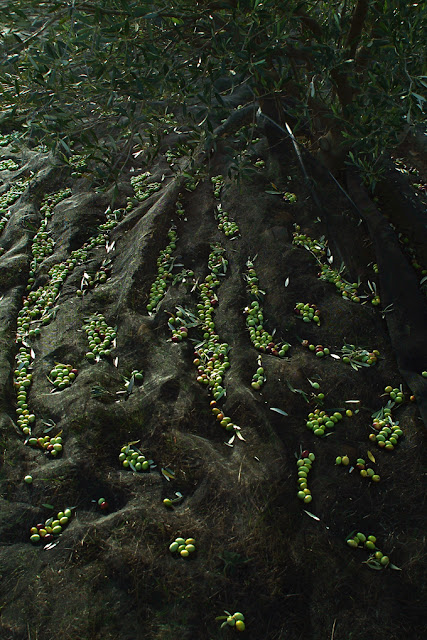 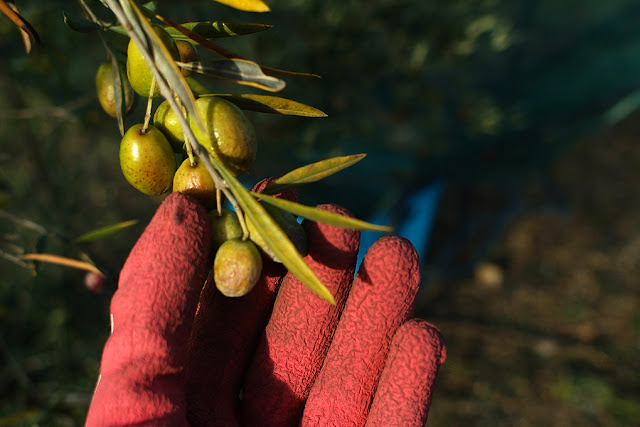 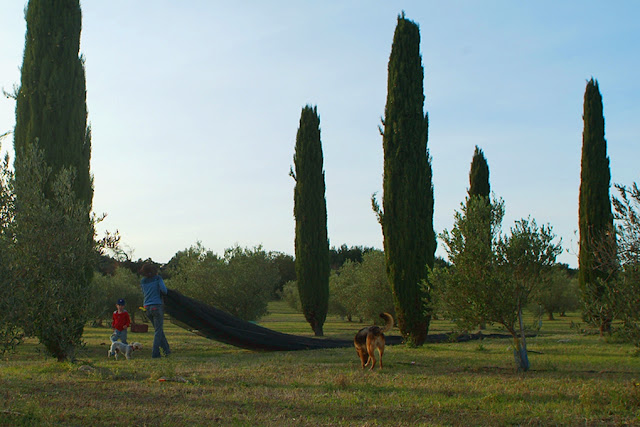 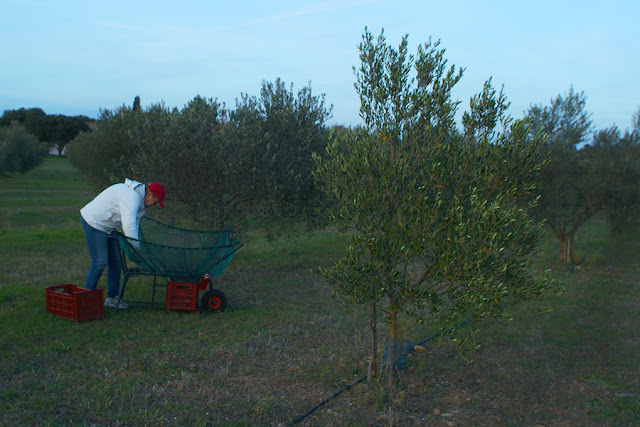 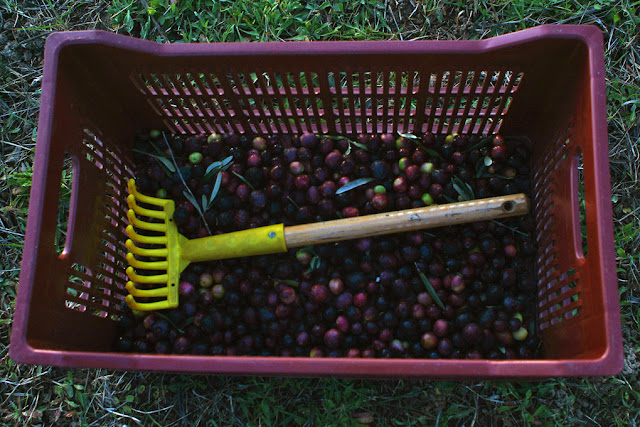 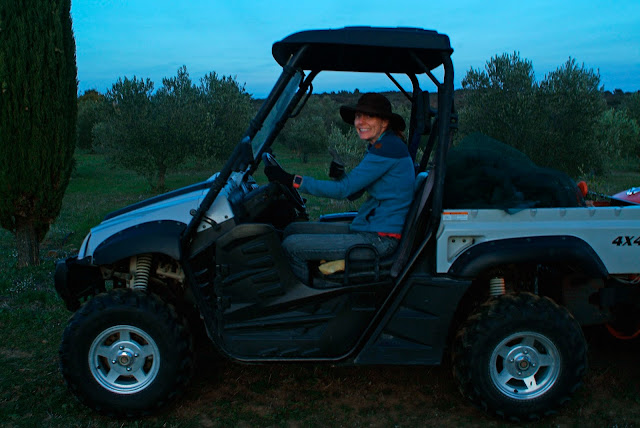 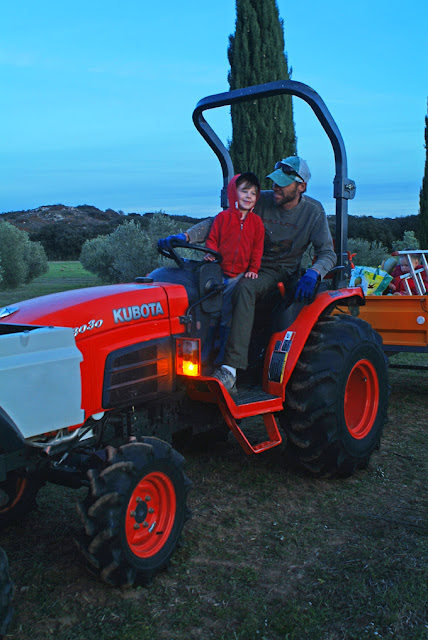 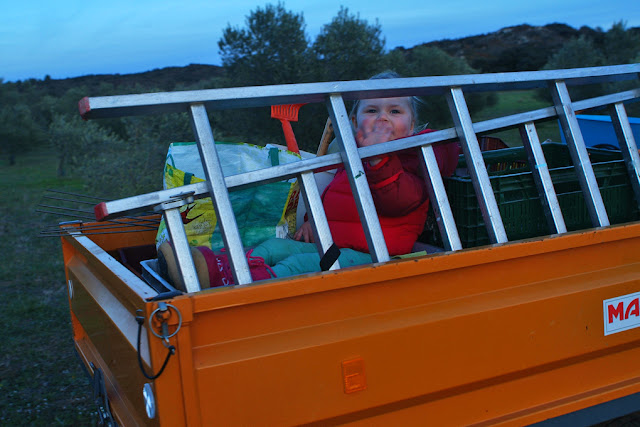 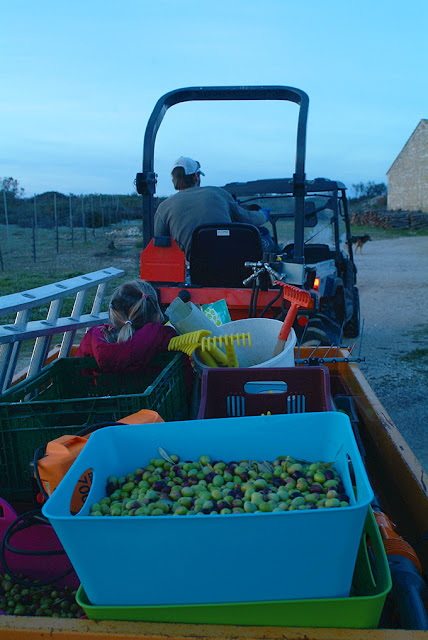 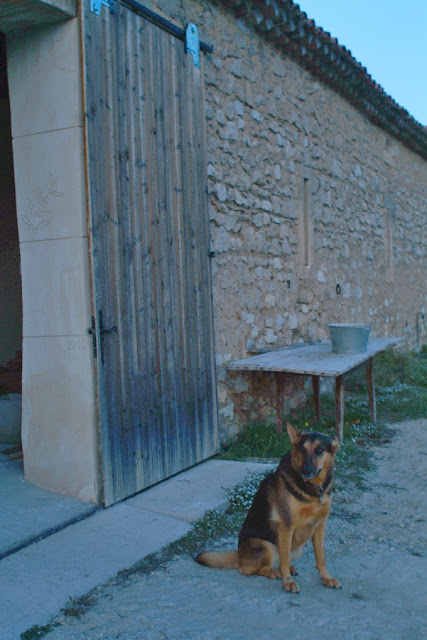 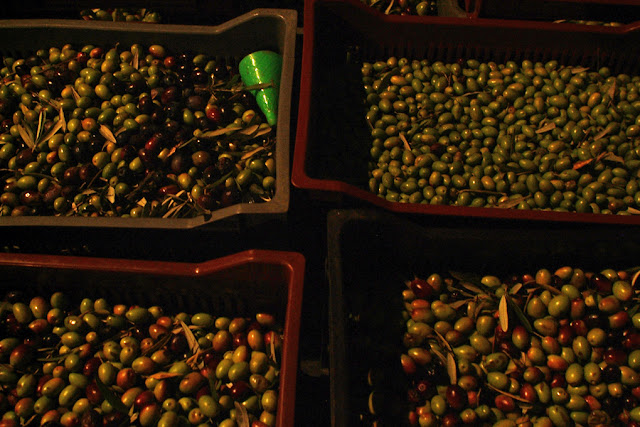 I am hoping to do another post on the property itself.

For those of you whole celebrated yesterday, I wish you a belated Happy Thanksgiving. It has been a really challenging year for so many of us and yet there is still so much to be grateful for...